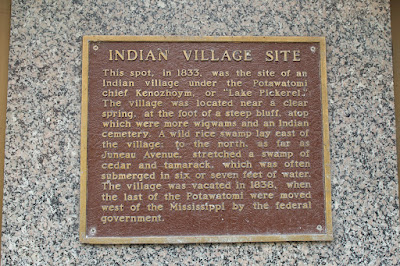 This spot, in 1833, was the site of an Indian village under the Potawatomi chief Kenozhoym, or “Lake Pickerel.” The village was located near a clear spring, at the foot of a steep bluff, atop which were more wigwams and an Indian cemetery. A wild rice swamp lay east of the village; to the north, as far as Juneau Avenue, stretched a swamp of cedar and tamarack, which was often submerged in six or seven feet of water. The village was vacated in 1838, when the last of the Potawatomi were moved west of the Mississippi by the federal government. 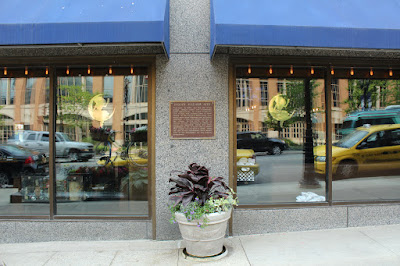 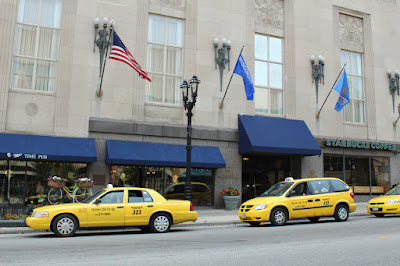 The marker is visible above the taxi to the far left. 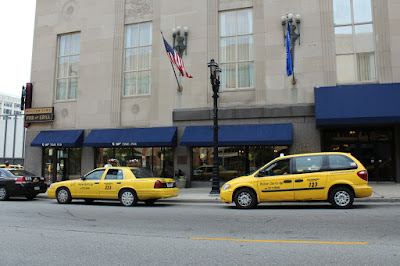 The marker is mounted to the building, on the pillar between the two taxis.