In Memory of Franklin Van Valkenburgh 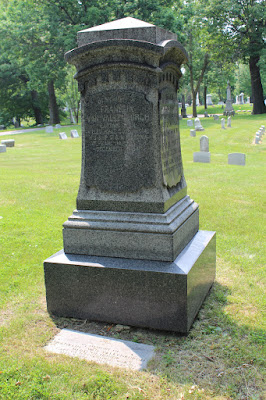 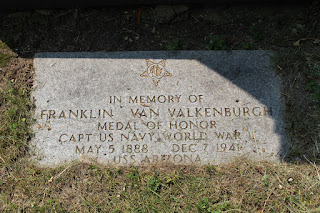 
The memorial is located at near the center of Forest Home Cemetery, 2405 West Forest Home Avenue, Milwaukee, Wisconsin 53215.

Did You Know? The Japanese aerial bomb that struck the forward section of the USS Arizona ignited the forward magazine causing a catastrophic explosion that sunk the battleship in nine minutes.


Born in Minneapolis, Van Valkenburgh moved to Milwaukee when he was a toddler. His father was a prominent lawyer also named Franklin Van Valkenburgh, who served as Milwaukee assistant city attorney and a U.S. attorney for Wisconsin. His great grandmother's brother was Daniel Wells Jr., who represented Wisconsin 1st Congressional District in the 1850s.

He grew up on Milwaukee's east side, attending Cass Elementary School and graduating from East Side High School, later renamed Riverside High School. Appointed to the Naval Academy in Annapolis in 1905, Van Valkenburgh spent the rest of his life in the military. In February 1941, Van Valkenburgh became captain of the USS Arizona, flagship of Battleship Division 1 stationed in Pearl Harbor.


Both Captain Van Valkenburgh and the division commander, Rear Admiral Isaac C. Kidd, spent the next Saturday evening, December 6, on board [the USS Arizona]. Suddenly, shortly before 08:00 on December 7, Japanese planes roared overhead, shattering the Sunday peace and punctuating it with the explosion of bombs and the staccato hammering of machine guns. Capt. Van Valkenburgh sped forward from his cabin and arrived on the navigation bridge where he immediately began to direct his ship's defense. A quartermaster in the pilot house asked if the captain wanted to go to the conning tower—a less-exposed position in view of the Japanese strafing—but Van Valkenburgh refused to do so and continued to man a telephone, fighting for his ship's life.

A violent explosion suddenly shook the ship, throwing the three occupants of the bridge—Van Valkenburgh, an ensign, and the quartermaster, to the deck, and shattering the bridge windows. Dazed and shaken, the ensign stumbled through the flames and smoke and escaped, but the others were never seen again. A continuing fire, fed by ammunition and oil, blazed for two days until finally being put out on December 9. A subsequent search recovered only Van Valkenburgh's Annapolis class ring.

Medal of Honor Citation: For conspicuous devotion to duty, extraordinary courage and complete disregard of his own life, during the attack on the Fleet in Pearl Harbor T.H., by Japanese forces on 7 December 1941. As commanding officer of the U.S.S. Arizona, Capt. Van Valkenburgh gallantly fought his ship until the U.S.S. Arizona blew up from magazine explosions and a direct bomb hit on the bridge which resulted in the loss of his life. 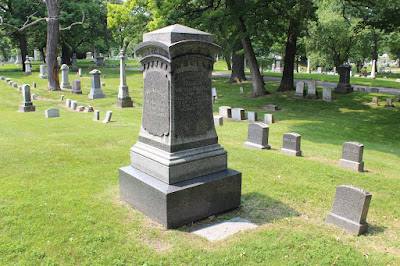 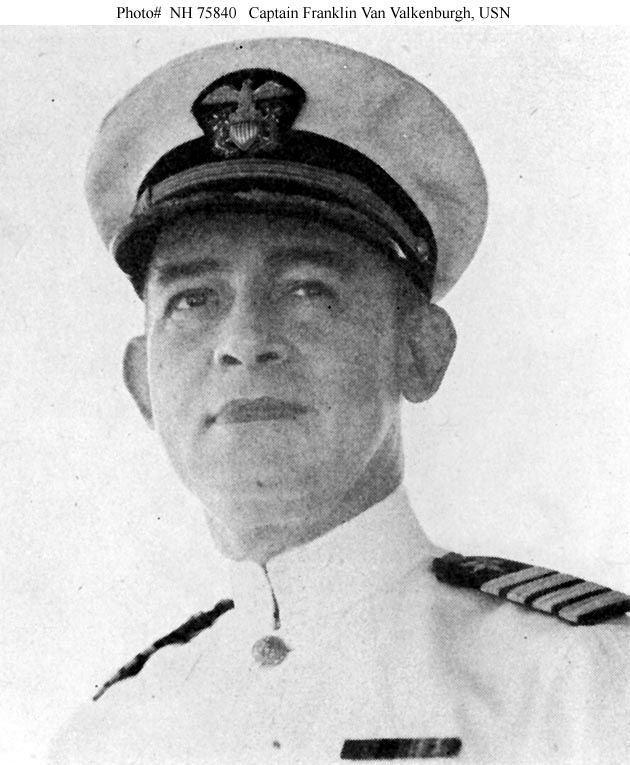 Captain Franklin Van Valkenburgh
This image is in the public domain.
Click here for more information. 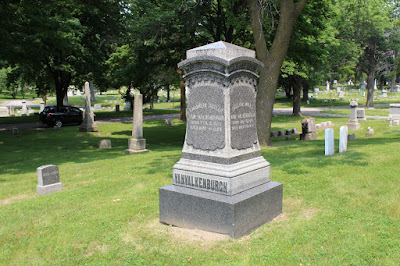 The east and south sides of the Van Valkenburg family headstone. 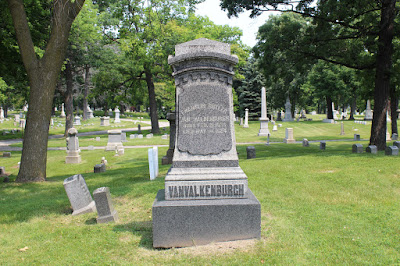 The south side of the Van Valkenburg family headstone. 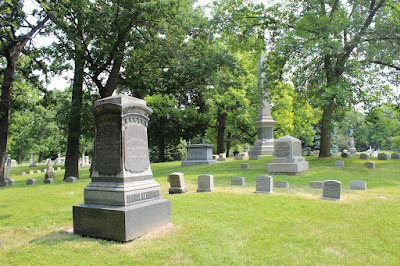 The south and west sides of the memorial. 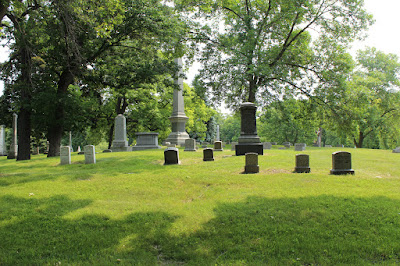 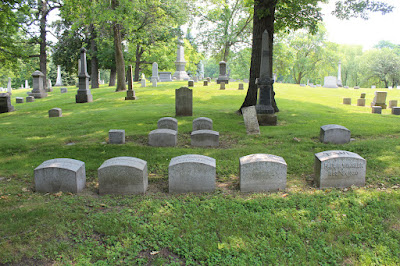 View of the memorial from the cemetery road.
The memorial is at the top of the knoll, directly behind these five headstones. 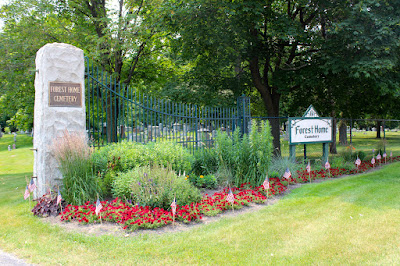