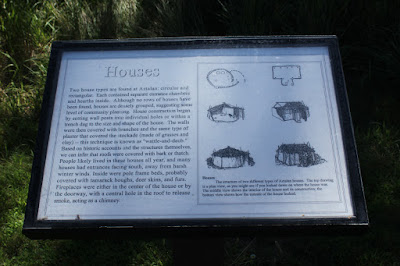 Two house types are found at Aztalan: circular and rectangular. Each contained separate entrance chambers and hearths inside. Although no rows of houses have been found, houses are densely grouped, suggesting some level of community planning. House construction began by setting wall posts into individual holes or within a trench dug to the size and shape of the house. The walls were then covered with branches and the same type of plaster that covered the stockade (made of grasses and clay) -- this technique is known as "wattle-and-daub." Based on historic accounts and the structures themselves, we can infer that roofs were covered with bark or thatch. People likely lived in these houses all year, and many houses had entrances facing south, away from harsh winter winds. Inside were pole frame beds, probably covered with tamarack boughs, deer skins, and furs. Fireplaces were either in the center of the house or by the doorway, with a central hole in the roof to release smoke, acting as a chimney. 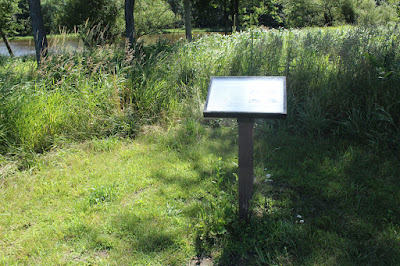 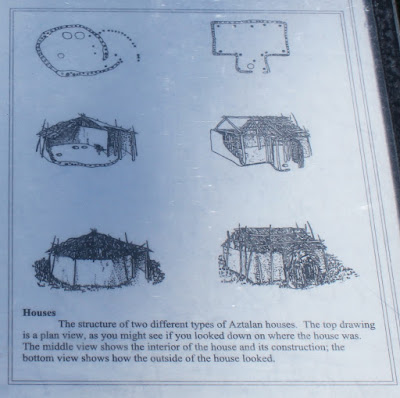 Houses
The structure of two different types of Aztalan houses. The top drawing is a plan view, as you might see if you looked down on where the house was. The middle view shows the interior of the house and its construction; the bottom view shows how the outside of the house looked. 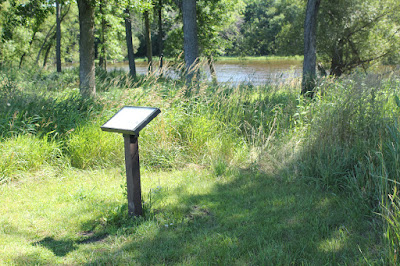 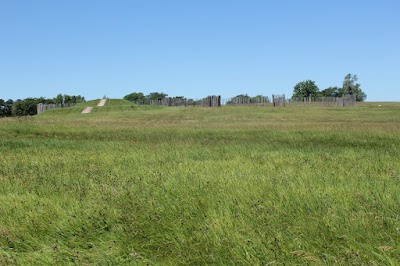