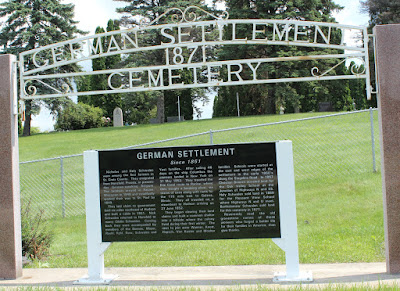 Nicholas and Hely Schwalen were among the first farmers in St. Croix County. They emigrated from Honsfeld, Prussia, in present day German-speaking Belgium. The brothers arrived in Racine, Wisconsin in 1848 and steadfastly worked their way to St. Paul by 1849.

They laid claim to government land six miles southeast of Hudson and built a cabin in 1851. Nick Schwalen returned to Honsfeld to marry Cibilla Schneider. Coming back they were accompanied by members of the Bonnes, Mayer, Roehl, Rohl, Ross, Schwalen and Yost families. After sailing 46 days on the ship Columbus the pioneers landed in New York on 31 May 1852. They traveled the Erie Canal route to Racine, where they bought a breaking plow, six teams of oxen along with carts for the 170 mile trek to Galena, Illinois. They all traveled on a steamboat to Hudson arriving on 27 June 1852.

They began clearing their land claims and built a common shelter into a hillside where the colony lived during their first winter. The next to join were Wanner, Knott, Hapsch, Von Kuster and Moelter families. Schools were started at the east and west edges of the settlement in the early 1860's along the Stageline Road. In 1867 Christian Bonnes donated land for the Oak Valley School at the Junction of Highways N and SS. Hely Schwalen sold land in 1869 for the Pleasant View School where Highways N and U meet. Bartholomew Schwalen sold land for this cemetery in 1871.

Reverently read the old gravestone names of those pioneers who forged a better life for their families in America, then give thanks.

The marker is located at German Settlement Cemetery (1871) on northbound County Highway U, north of its intersection with Tower Road, Hudson, Wisconsin 54016.

See also, Prussian Pioneers Landing in  Hudson in 1852 or Before / The Cemetery Association [Founders], on the reverse side of this marker. 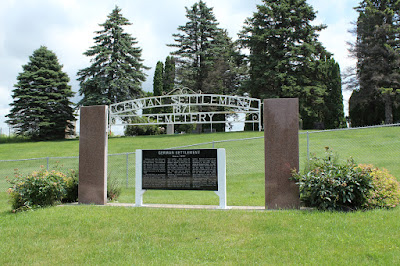 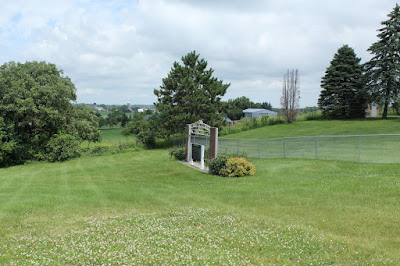 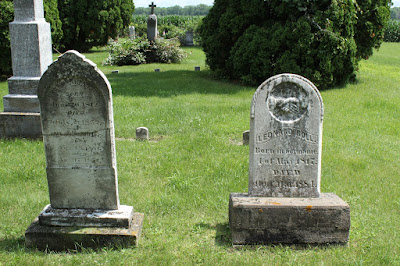 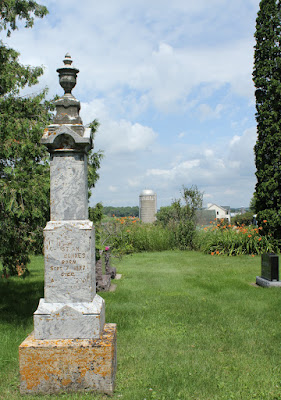 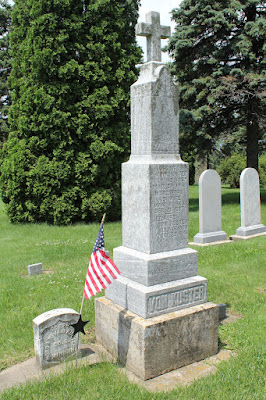 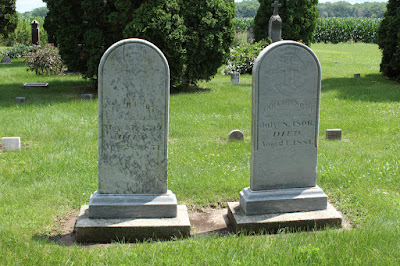 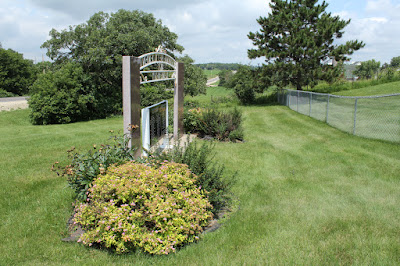 With Highway U visible in the distance, to the left. 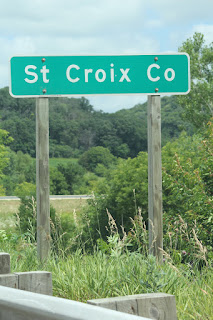 The marker is located in St. Croix County, Wisconsin.