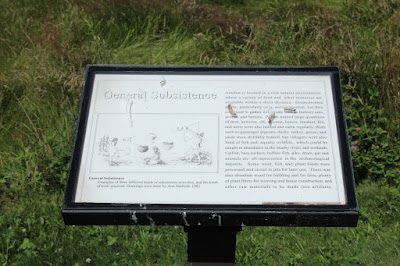 Aztalan is located in a rich natural environment, where a variety of food and other resources are available within a short distance. Domesticated plants, particularly corn, were important, but they continued to gather wild foods such as hickory nuts, acorns, and berries. People hunted large quantities of deer; however, elk, raccoon, beaver, muskrat, fox, and turtle were also hunted and eaten regularly. Birds such as passenger pigeons, ducks, turkey, goose, and swan were skillfully hunted, but villagers are also fond of fish and aquatic wildlife, which could be caught in abundance in the nearby rivers and wetlands. Catfish, bass, suckers, buffalo fish, pike, drum, gar and mussels are all represented in the archaeological deposits. Some meat, fish, and plant foods were processed and stored in pits for later use. There was also abundant wood for building and for fires, plenty of plant fibers for weaving and house construction, and other raw materials to be made into artifacts.

General  Subsistence
Examples of three different kinds of subsistence activities, and the kinds of tools required. Drawings were done by Ann Hatfield, 1982. 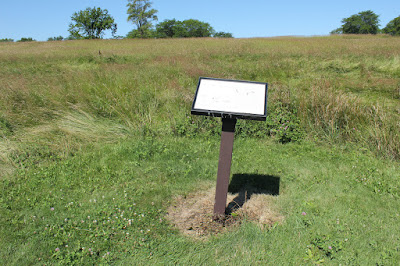 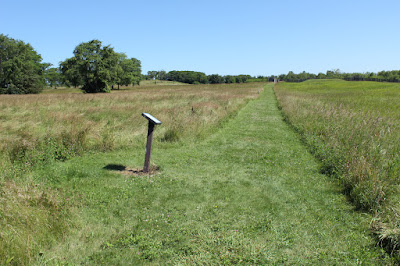 The marker is in the middle of the property. 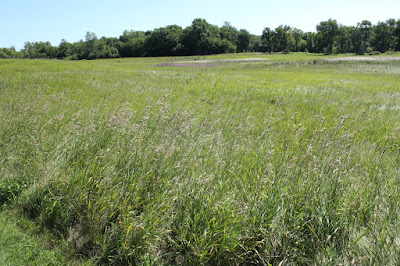 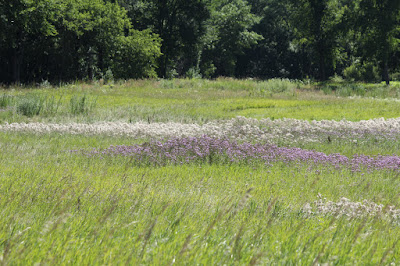 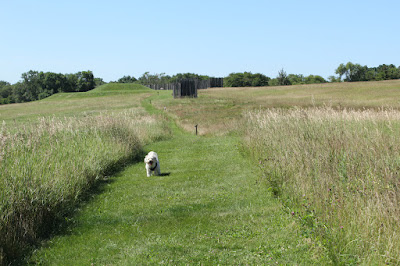 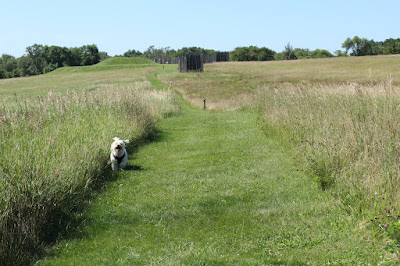 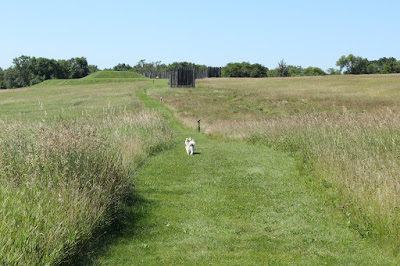 The marker was located at Aztalan State Park in Jefferson, Wisconsin.