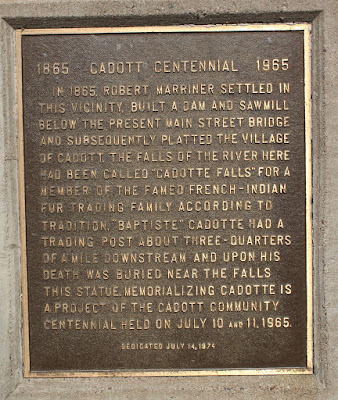 In 1865, Robert Marriner settled in this vicinity, built a dam and sawmill below the present Main Street Bridge and subsequently platted the village of Cadott. The falls of the river here had been called "Cadotte Falls" for a mumber of the famed French-Indian fur trading family according to tradition. "Baptiste" Cadotte had a trading post about three-quarters of a mile downstream and upon his death was buried near the falls this statue. Memorializing Cadotte is a project of the Cadott Community Centennial held on July 10 and 11, 1965. 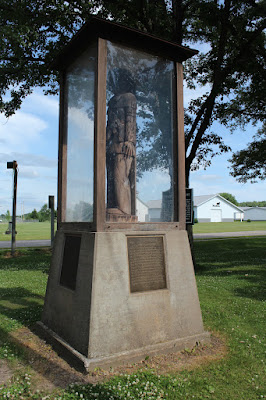 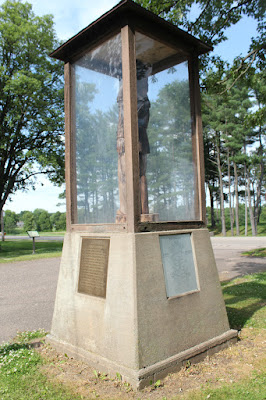 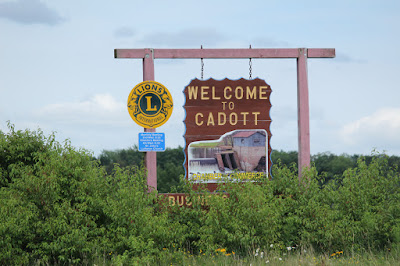