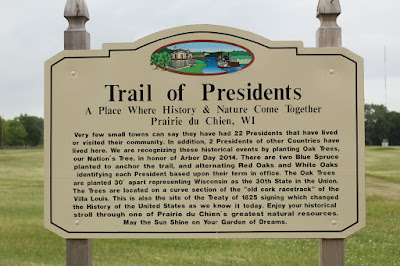 Very few small towns can say they have had 22 Presidents that have lived [sic]
or visited their community. In addition, 2 Presidents [sic] of other Countries [sic] have
lived here. We are recognizing these historical events by planting Oak [sic] Trees [sic],
our Nation's Tree [sic], in honor of Arbor Day 2014. There are two Blue Spruce
planted to anchor the trail, and alternating Red Oaks and White Oaks
identifying each President based upon their [sic] term in office. The Oak Trees [sic]
are planted 30' apart representing Wisconsin as the 30th State [sic] in the Union.
The Trees [sic] are located on a curve section of the "old cork racetrack" of the [sic]
Villa Louis. This is also the site of the Treaty of 1825 signing [sic] which changed
the History[sic] of the United States as we know it [sic] today. Enjoy your historical
stroll through one of Prairie du Chien's greatest natural resources.
May the Sun Shine on Your Garden of Dreams.

Just appalling that an historical marker would contain so many errors in grammar, capitalization, and syntax!!!

The "Trail of Presidents" is located on St. Feriole Island, near Villa St. Louis, on westbound Bolvin Street, at its intersection with North 4th Street, Prairie du Chien, Wisconsin

Also included is the only president of the Confederacy, Jefferson Davis, who was stationed in the community early in his military career. President of Mexico, Vicente Fox, was educated at Campion Jesuit High School. 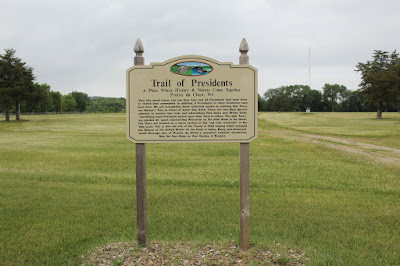 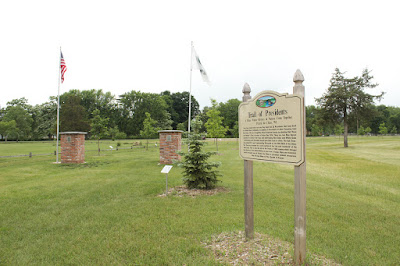 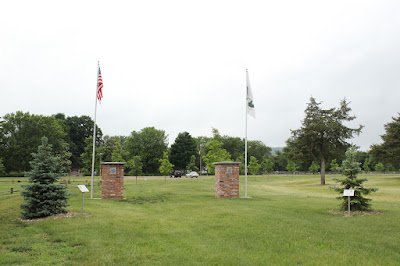 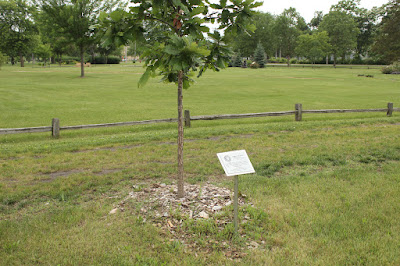 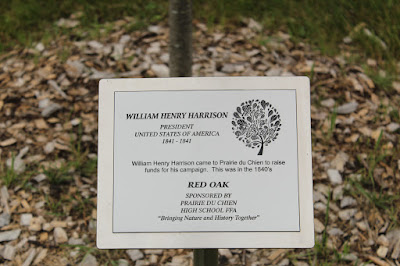 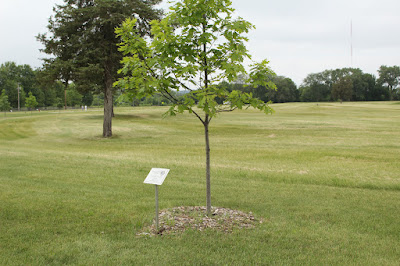 Trail of Presidents is located in Prairie du Chien, Wisconsin.