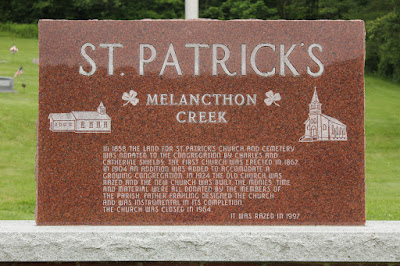 In 1858 the land for St. Patrick's Church and Cemetery was donated to the congregation by Charles and Catherine Shields. The first church was erected in 1867. In 1904 an addition was added to accommodate a growing congregation. In 1924 the old church was razed and the new church was built. The monies, time and material were all donated by the members of the parish. Father Frahling designed the church and was instrumental in its completion.

This memorial symbolizing the community of St. Patricks Church was made possible by donations of former parishioners and friends.

The marker is located at St. Patrick's Cemetery on northbound Wisconsin Highway 80, north of its intersection with County Highway CC, Hillsboro, Wisconsin 54634. 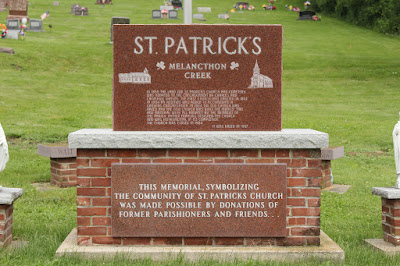 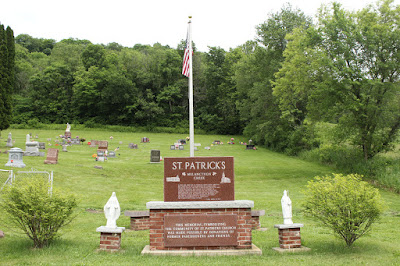 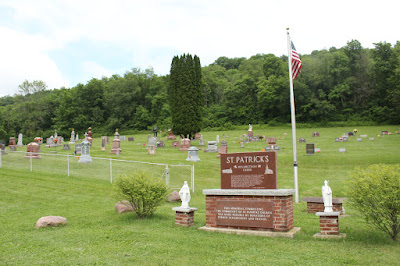 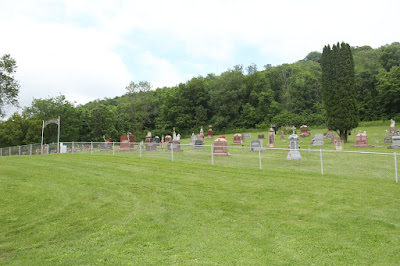 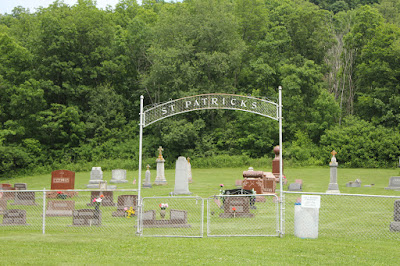 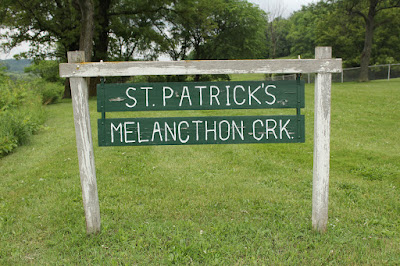 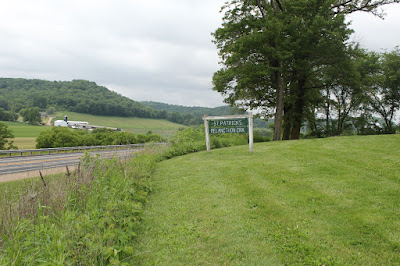 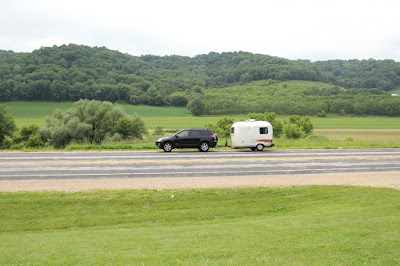 View of Highway 80 from the marker location. 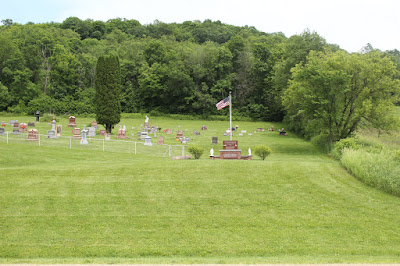 View of the marker from Highway 80, in Hillsboro, Wisconsin.