Roman Catholic Church of the Gesu 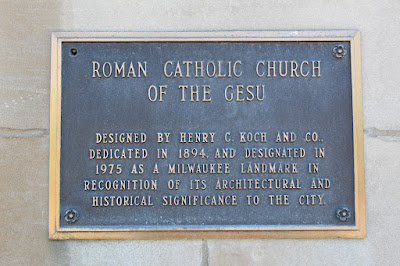 ROMAN CATHOLIC CHURCH
OF THE GESU

Designed by Henry C. Koch and Co., dedicated in 1894, and designated in 1975 as a Milwaukee landmark in recognition of its architectural and historical significance to the city.

Church of the Gesu

Additional Information:
Gesu Church is a massive edifice built in 1893-94 on the eastern edge of the Marquette University campus. It is bacilican in plan with transcpts and an apsidal end. The nave measures 50 feet wide, 138 feet long and 70 feet high. The roof is composed of steeply pitched, intersecting gables covered with gray slate. The walls are finished with rock-faced, light-gray limestone laid in coursed ashlar. The Gothic Revival style of Gesu Church was influenced by the cathedrals of northern France. The main facade is dominated by two square towers of differing heights ornamented with stone carved crockets and copper finials. The west tower is similar design, but much shorter. Their polygonal spires are covered with dark gray slate and topped with gold crosses. At the intersection of the nave and transcepts is a spire topped lantern. Below the 28 foot in diameter rose window on the main facade is a projecting entrance vestibule of carved stone added in 1902. It is faced with three gabled Gothic portals enframed with compound arches. The fenestration in the towers, side aisles and clerestory consists of lancet arched windows of stained glass depicting various saints of the Roman Catholic Church. At the ends of the transepts are large arched stained glass windows depitcing the Nativity and the Ascention of Christ. These windows were added at various periods in the history of the church, but all were designed in Munich at the Royal Bavarian Institute for Stained Glass under under the direction of F. X. Zettler.

Architectural / Engineering Significance:
Gesu Church has been described by local architectural historian Richard W. E. Perrin as one of the most imposing church edifices in Milwaukee. Normally religious properties are excluded from listing in the National Register, but Gesu Church is being nominated for its local architectural significance. It is significant as an example of nineteenth century ecclesistical French Gothic architecture, and for its association with noted Milwaukee architect, Henry C. Koch. Gesu is one of the city's major examples ecclesiastical French Gothic architecture. It was designed by Heny C. Koch, one of Milwaukee's most accomplished architects of the nineteenth century. Among his major commissions were the City Hall, the Pfister Hotel and Calvary Presbyterian Church, as well as all of the public schools built in Milwaukee between 1873 and 1881 and numerous imposing residences. Within a limited budget of slightly over $150,000 he was able to complete the present church within 20 months after the cornerstone was laid on May 21, 1893. The resulting Gothic style structure is sparing in its display of ornamentation both inside and out. The interior is divided into an upper and lower church with a seating capacity of 1,450 each. Among the significant interior features are the outstanding stained glass windows; the marble "Pieta," the only known sculpture of the noted 19th century Italian artist Giovanni Dupre in the United States; the elaborate marble high alter designed by the Italian artist Vanvini and installed by Milwaukee architect, Alexander C. Eschweiler in 1927; and the windows above the main entries were designed by Conrad Schmitt. (A, C, D). C.F. Kindt was the builder and Frank Niezorawski was the mason. (A).

Historical Background:
Gesu Church had its origins in the merger of the pioneer Jesuit church of St. Gall, founded in 1849, and Holy Name Church established in 1875. Bishop Henni of Milwaukee was the impetus for bringing the Jesuits to Milwaukee. White on a trip to Europe in 1849, Henni received $16,000 from a wealthy Belgian to establish a Jesuit school in his diocese. In selecting a site for the new facility, Henni first proposed to purchased a brick house and eight lots on Nroth Van Buren Street. This was declined by the Jesuit fathers were were to staff the school because it was within the St. John Cathedral parish. Instead they agreet to assume control of St. Gall;s parish. The first Jesuits arrived from St. Louis in 1855 and established a school to educate Catholic youth at St. Gall. The first years of St. Gall were extremely difficult because of poor administration. When Father Stanislaus Lalumiere was appointed to St. Gall in 1861, he was faced with a dwindling parish. By his dynamic leadership, he developed St. Gall into the largest Roman Catholic parish in Milwaukee. During the 1860's he was responsible for rebuilding the boys school, starting a girls school, building a new St. Gall church and securing the charter for Marquette University in 1864, even though the college was not to open for 18 more years. He established the second Jesuit parish, Holy Name Church, in 1875 and was appointed president of Marquette College in 1887. (Neither of these former church buildings are extant). It was during the 1880's that he began a campaign to unite the two Jesuit parishes into a single parish. He organized the subscription drive for the construction of the new chruch and supervised the architects in its design. The cornerstone laying ceremony for Gesu Church in 1893 was one of the most widely attended events of the 19th century Roman Catholic Church in Milwaukee. The new parish numbered approximately 700 families. An adjacent parochial school on 13th Street served about 700 students under the charge of the School Sisteres of Notre Dame. The school has since been demolished and the site is now part of Marquette University's campus, which grew up around the Church in the 1900's. Gesu stilll serves as a Catholic parish for West Side residents as well as for Marquette University's large student population. With its upper and lower church halls seating a total of 2,900 people, Gesu is the largest church in the city. Locally designated as a landmark: 2-15-83. Other map codes are 20/28 and Z/223. Builder is C.F. Kindt. Mason is Framk Niezorawski. The merger of St. Gall and Holy Name, the two earliest Jesuit Churches in Milwaukee, as Gesu church. 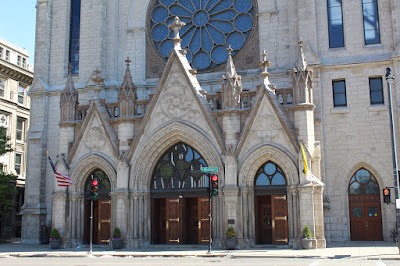 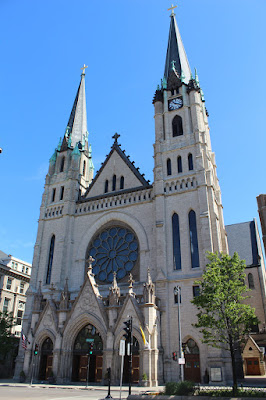 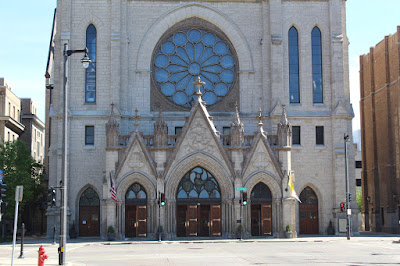 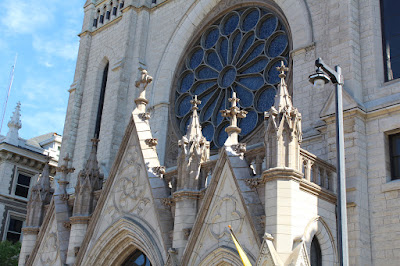 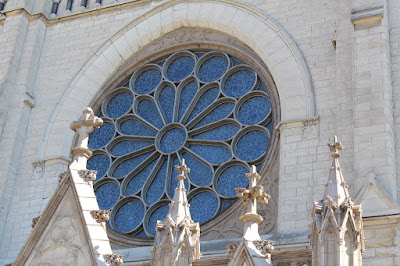 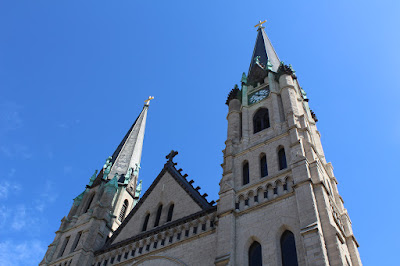 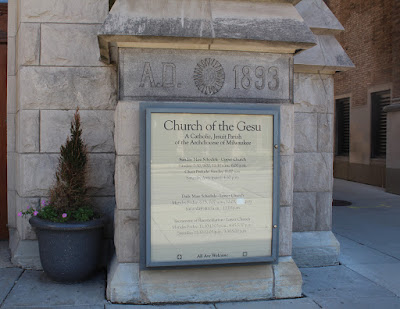 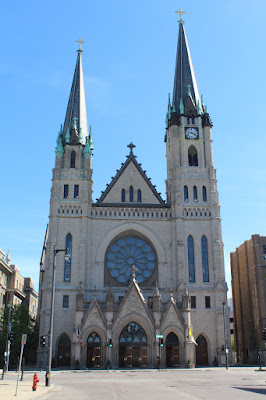 The church is located in Milwaukee, Wisconsin.