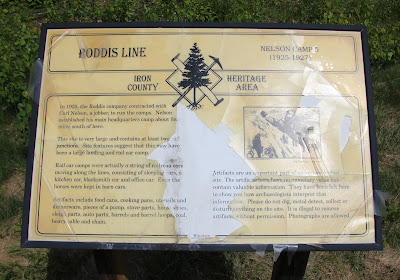 
In 1925, the Roddis company contracted with Carl Nelson, a jobber, to run the camps. Nelson established his main headquarters camp about four miles south of here.

This site is very large and contains at least two rail junctions. Site features suggest that this may have been a large landing and rail car camp.

Rail car camps were actually a string of railroad cars moving along the lines, consisting of sleeping cars, a kitchen car, blacksmith car and office car. Even the horses were kept in barn cars.

Artifacts are an important part of an archaeological site. The artifacts here have no monetary value but contain valuable information. They have been left here to show you how archaeologists interpret that information. Please do not dig, metal detect, collect or disturb anything on the site. It is illegal to remove artifacts without permission. Photographs are allowed. 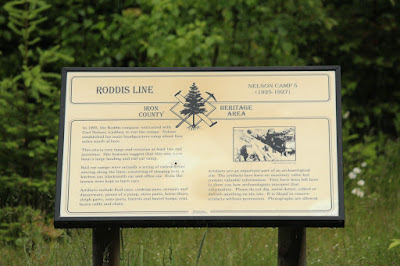 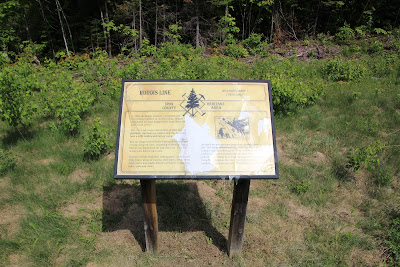 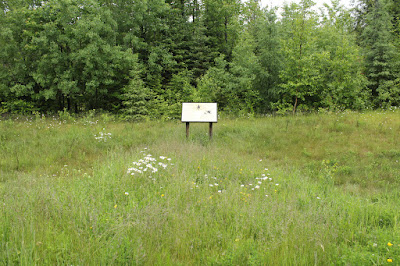 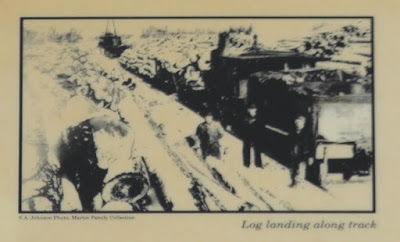 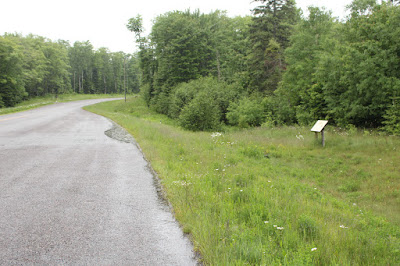 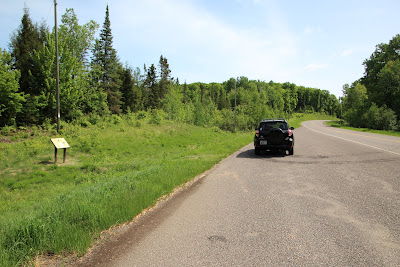 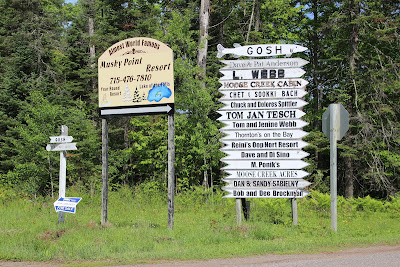 Nearby signage at Musky Point Road and Black Lake Road. 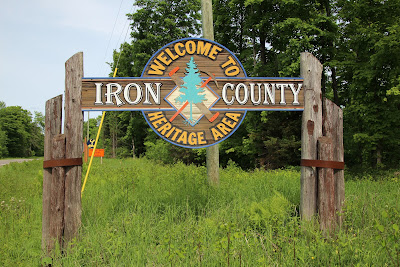