Roddis Line: Lake of the Falls FLAMBEAU TRAIL: LAKE OF THE FALLS

The felling of Iron County’s great stands of timber began in the late 1870’s. The white pine was the first to be cut. Down the Turtle River and over Lake of the Falls, buoyant pine logs were floated to sawmills further south.

Spring, when the rivers were highest, was log driving time. Dams were constructed on the Turtle River here, at the Lake of the Falls, and upstream at Shea’s Dam to provide the flush of water needed to push the logs downstream.

The colorful pinery days were intense, but short. By 1906 the last stands of white pine had been cut.

The valuable virgin hardwood timber that remained offered a bigger challenge – it did not float like pine. The Roddis Lumber and Veneer Company solved the problem as early as 1903 by creating a “logging railroad” extending into the timberlands west of Lake of the Falls.

By mid-1920’s the “Roddis Line” railroad had spread like branches on a tree connecting 15 logging company camps to the mainline track. Timber continued to flow, by rail instead of water, to sawmills. Dwindling supplies of wood and the Great Depression forced the Roddis Line to abandon its operations in 1938, ending Iron County’s logging railroad era.

The marker is located at the boat launch at Lake of the Falls County Park on the County Park Road loop, east of its intersection with County Highway FF, Mercer, Wisconsin 54547. 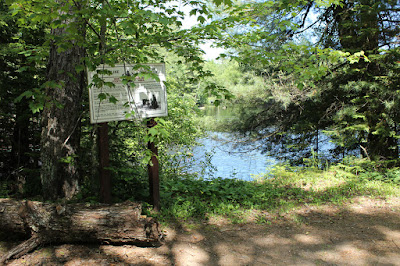 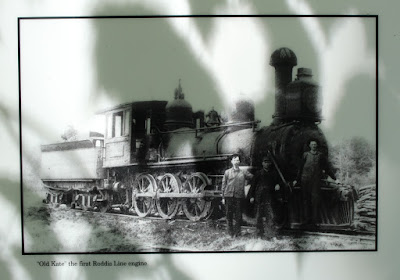 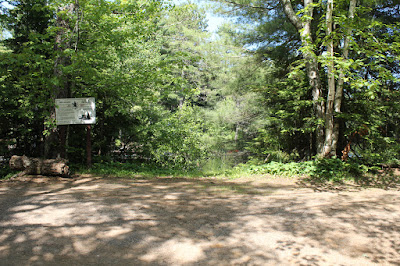 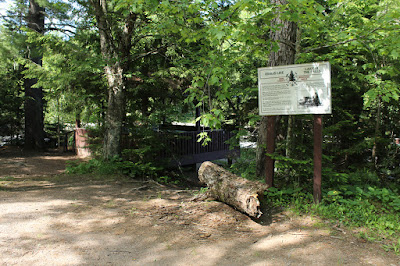 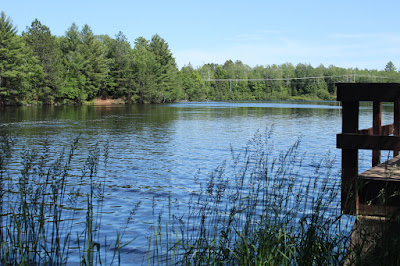 Lake of the Falls, near the marker -- a beautiful location! 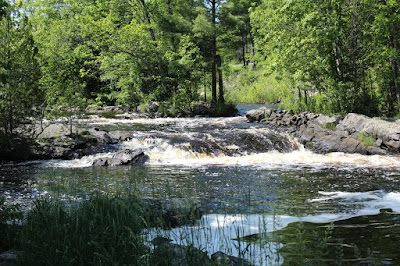 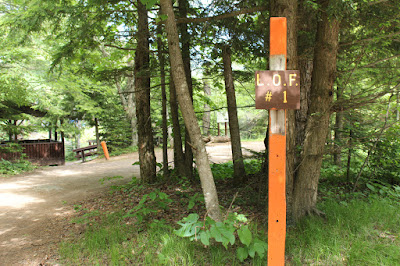 The marker is located at Lake of the Falls picnic area #1. 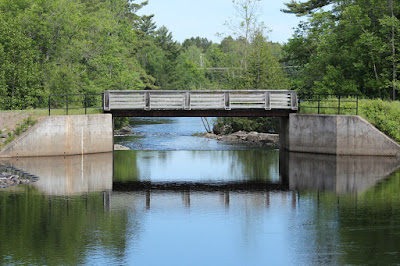 View from a bridge on County Highway FF, looking east at Lake of the Falls. 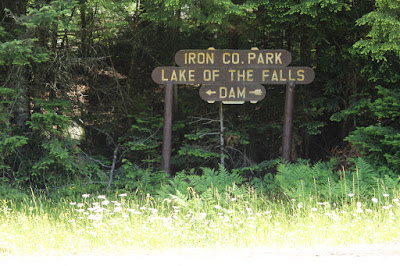 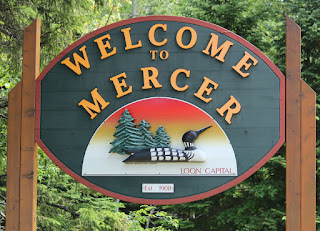