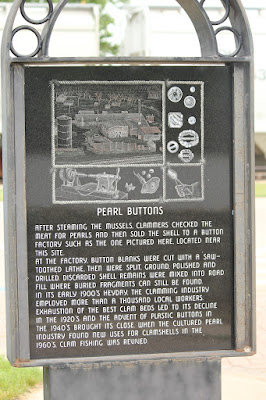 After steaming the muscles, clammers checked the mean for pearls and then sold the shell to a button factory such as the one pictured here, located near this site.

At this factory, button blanks were cut with a saw-toothed lathe, then were split, ground, polished and drilled. Discarded shell remains were mixed into road fill where buried fragments can still be found. In its early 1900's heyday, the clamming industry employed more than a thousand local workers. Exhaustion of the best clam beds led to its decline in the 1920's and the advent of plastic buttons in the 1940's brought its close. When the cultured pearl industry found new uses for clamshells in the 1960's, clam fishing was revived. 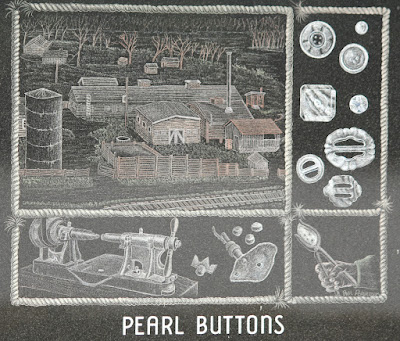 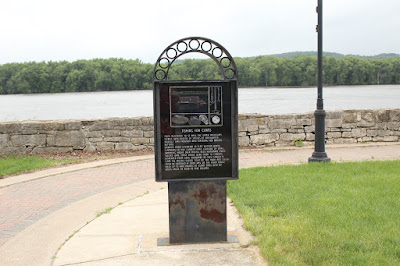 Looking west, with the Mississippi River in the background.