Montreal Trails: The Montreal Mine 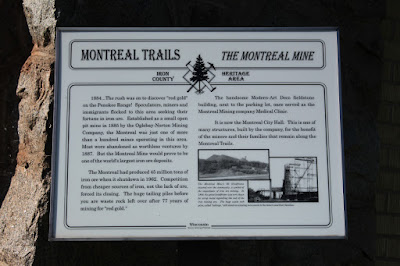 MONTREAL TRAILS -- THE MONTREAL MINE

1884 . . . The rush was on to discover “red gold” on the Penokee Range! Speculators, miners and immigrants flocked to this area seeking their fortune in iron ore. Established as a small open pit mine in 1885 by the Oglebay-Norton Mining Company, the Montreal was just one of more than one hundred mines operating in this area. Most were abandoned as worthless ventures by 1887. But the Montreal Mine would prove to be one of the world’s largest iron ore deposits.

The Montreal had produced 45 million tons of iron ore when it shutdown in 1962. Competition from cheaper sources of iron, not the lack of ore, forced the closing. The huge tailing piles before you are waste rock left over after 77 years of mining “red gold.”

The handsome Modern-Art Deco fieldstone building, next to the parking lot, once served as the Montreal Mining company Medical Clinic.

It is now the Montreal City Hall. This is one of many structures, built by the company, for the benefit of the miners and their families that remain along the Montreal Trails. 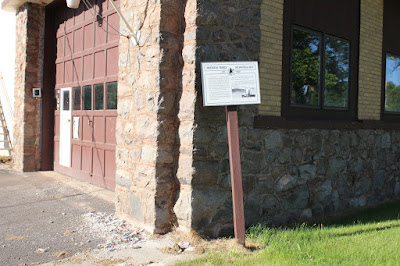 The Montreal Mine's #5 Headframe towered over the community, a symbol of the importance of iron ore mining. In 1964, the great headframe was torn down for scrap metal signalling the end of the iron mining era. The huge waste rock piles, called "tailings." still stand as a lasting monument to the miners and their families. 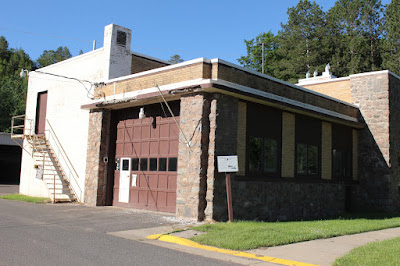 The marker is located at the Montreal Municipal Garage.