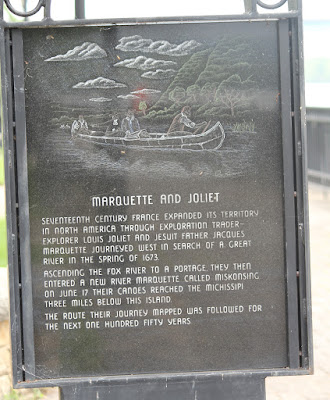 Seventeenth century France expanded its territory in North America through exploration. Trader-explorers Louis Joliet and Jesuit Father Jacques Marquette journeyed west in search of a great river in the spring of 1673.

Ascending the Fox River to a portage, they then entered a new river Marquette called Miskonsinc [sic]. On June 17 their canoes reached the Michissipi three miles below this island.

The route their journey mapped was followed for the next one hundred fifty years. 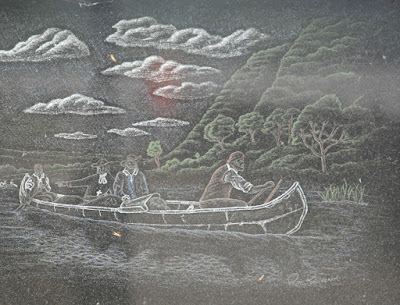 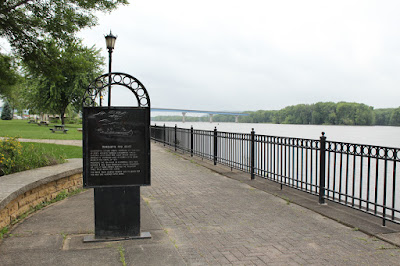 Looking south, with the Mississippi River to the right.