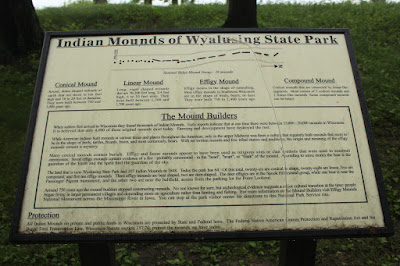 
Round, dome shaped mounds of earth that are three to ten feet high and 10 to 20 feet in diameter. They were built between 750 and 3,000 years ago.

When settlers first arrived in Wisconsin they found thousands of Indian Mounds. Early reports indicate that at one time there were between 15,000 - 20,000 mounds in Wisconsin. It is believed that only 4,000 of those original mounds exist today. Farming and development have destroyed the rest.

While American Indians built mounds at various times and places throughout the Americas, only in the upper Midwest and there a culture that regularly built mounds that seem to be in the shape of birds, turtles, lizards, bison, and most commonly, bears. With no written records and few tribal stories and traditions, the origin and meaning of the effigy mounds remain a mystery.

Many conical mounds contain burials. Effigy and linear mounds appear to have been used as religious sites or clan symbols that were used in seasonal ceremonies. Some effigy mounds contain evidence of a fire -- probably ceremonial -- in the "head", "heart", or "flank" of the mound. According to some stories the bear is the guardian of the Earth and the spirit bird the guardian of the sky.

The land that is now Wyalusing State Park had 107 Indian Mounds in 1848. Today the park has 64. Of this total, twenty-six are conical in shape, twenty-eight are linear, five are compound, and five are effigy mounds. Three effigy mounds are bear shaped, two are deer-shaped. The deer effigies are in the Spook Hill mound group, while one bear is near the Passenger Pigeon monument, and the other two are near the ballfield, across from

Around 750 years ago the mound builders stopped constructing mounds. No one know for sure, but archaeological evidence suggests a minor cultural transition at the time: people began living in larger permanent villages and depending more on agriculture rather than hunting and fishing. For more information on the Mound Builders visit Effigy Mounds National Monument across the Mississippi River in Iowa. You can stop at the park visitor center for directions to this National Park Service site.

All Indian Mounds on private and public lands in Wisconsin are protected by State and Federal laws. The Federal Native American Graves Protection and Repatriation Act and the Burial Sites Preservation Law, Wisconsin Statute section 157.70, protect the mounds we have today. 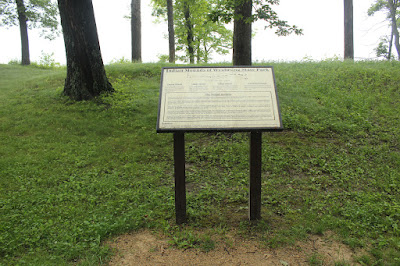 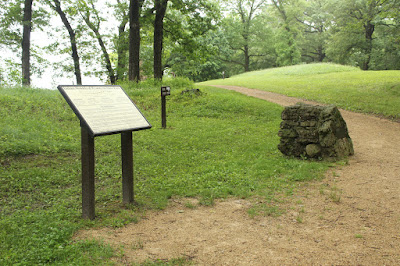 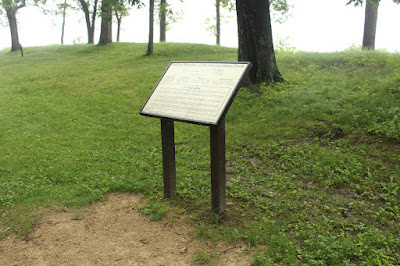 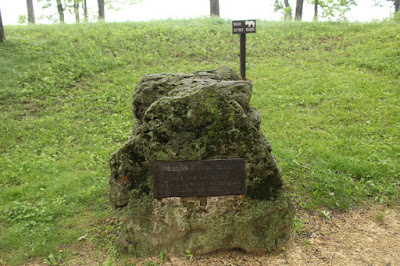 Looking north along the Sentinel Ridge Trail;
the adjacent parking lot (not visible in this photo) is to the left. 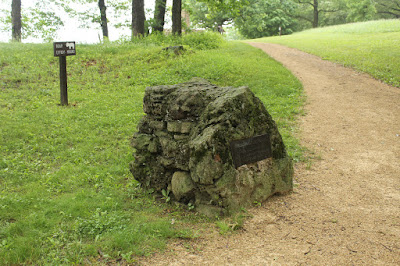