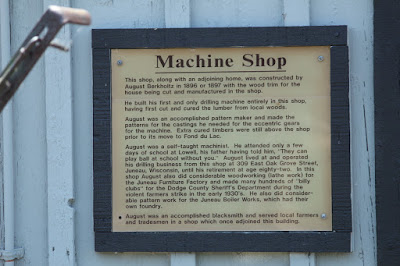 This shop, along with an adjoining home, was constructed by August Berkholtz in 1896 or 1897 with the wood trim for the house being cut and manufactured in the shop.

He built his first and only drilling machine entirely in this shop, having first cut and cured the lumber from local woods.

August was an accomplished pattern maker and made the patterns for the castings he needed for the eccentric gears for the machine. Extra cured timbers were still above the shop prior to its move to Fond du Lac.

August was a self-taught machinist. He attended only a few days of school at Lowell, his father having told him, "They can play ball at school without you." August lived and and operated his drilling business from this shop at 309 East Oak Grove Street, Juneau, Wisconsin, until his retirement at age eighty-two. In this ship August also did considerable woodworking (lathe work) for the Juneau Furniture Factory and made many hundreds of "billy clubs" for the Dodge County Sheriff's Department during the violent farmers strike in the early 1930's. He also did considerable pattern work for the Juneau Boiler Works, which had their own foundry.

August was an accomplished blacksmith and served local farmers and tradesmen in a shop which once adjoined this building. 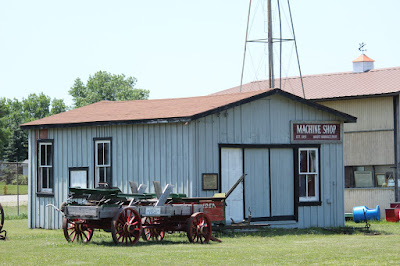 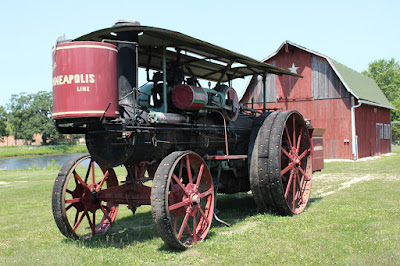 Across from the Machine Shop . . . 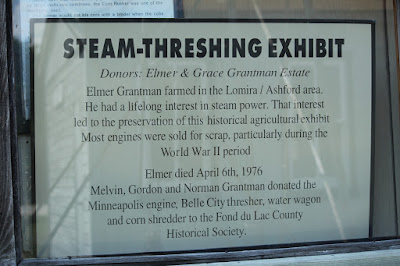 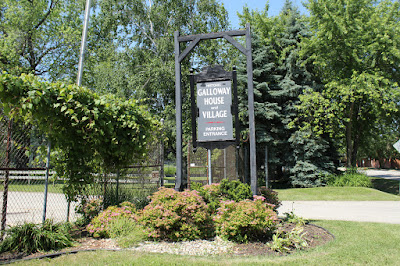