FROM BOULDERS TO BRIDGE STONE BRIDGE HERITAGE
[see marker transcription below]
The marker is located at Spirit Memorial Park, accessible from northbound River Drive, at its intersection with Baines Road, Ogema, Wisconsin 54459. 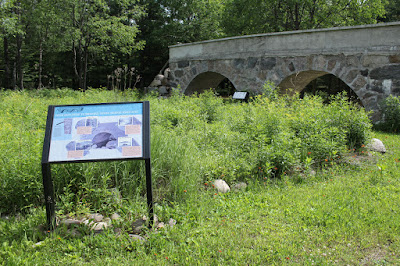 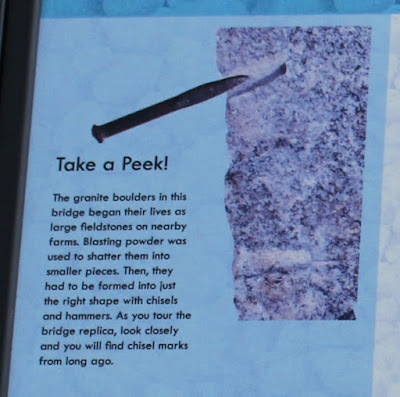 The granite boulders in this bridge began their lives as large fieldstones on nearby farms. Blasting powder was used to shatter them into smaller pieces. Then, they had to be formed into just the right shape with chisels and hammers. As you tour the bridge replica, look closely and you will find chisel marks from long ago. 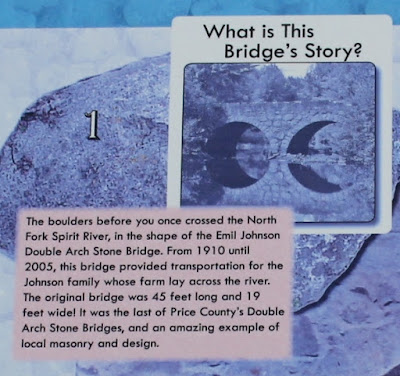 1
What is This Bridge's Story?

The boulders before you once crossed the North Fork Spirit River, in the shape of the Emil Johnson Double Arch Stone Bridge. From 1910 until 2005, this bridge provided transportation for the Johnson family whose farm law across the river. The original bridge was 45 feel long and 19 feet wide! It was the last of Price County's Double Arch Stone Bridges, and am amazing example of local masonry and design. 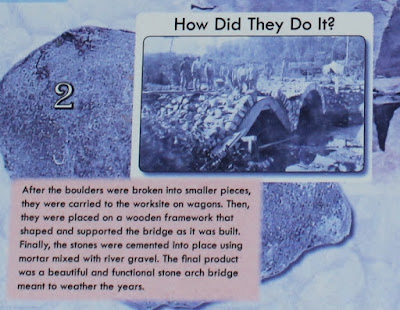 After the boulders were broken into small pieces, they were carried to the worksite on wagons. Then, they were placed on a wooden framework that shaped and supported the bridge as it was built. Finally, the stones were cemented into place using mortar mixed with river gravel. The final product was a beautiful and functional stone arch bridge meant to weather the years. 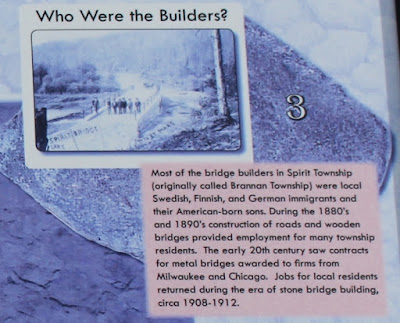 3
Who Were the Builders?

Most the bridge builders in Spirit Township (originally called Brannan Township) were local Swedish, Finnish, and German immigrants and their American-born sons. During the 1880's and 1890's construction of roads and wooden bridges provided employment for many township residents. The early 20th century saw contracts for metal bridges awarded to firms from Milwaukee and Chicago. Jobs for local residents returned during the era of stone bridge building, circa 1908-1912. 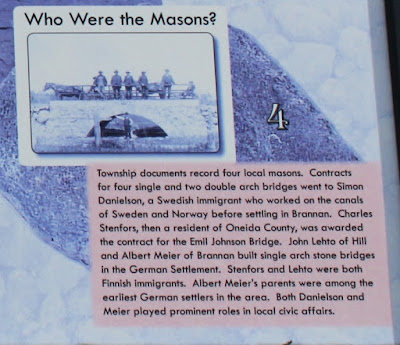 4
Who Were the Masons?

Township documents record four local masons. Contracts for four single and two double arch bridges went to Simon Danielson, a Swedish immigrant who worked on the canals of Sweeden and Norway before settling in Brannan. Charles Stenfors, then a resident of Oneida County, was awarded the contract for the Emil Johnson Bridge. John Lehto of Hill and Albert Meier of Brannon built single arch stone bridges in the German Settlement. Stenfors and Lehto were both Finnish immigrants. Albert Meier's parents were among the earliest German settlers in the area. Both Danielson and Meier played prominent roles in local civic affairs. 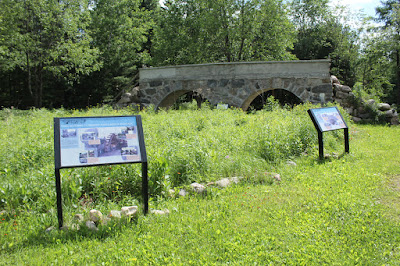 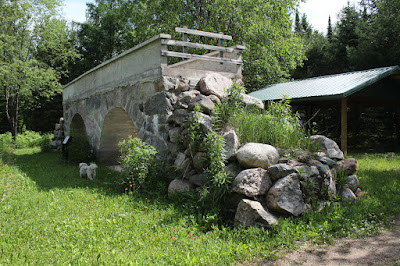 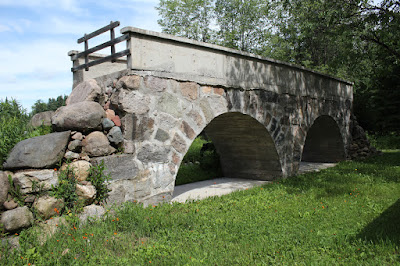 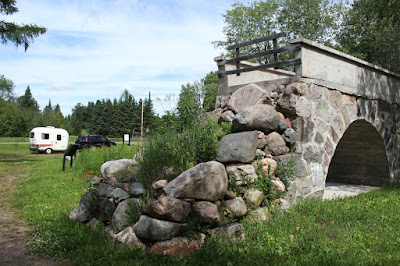 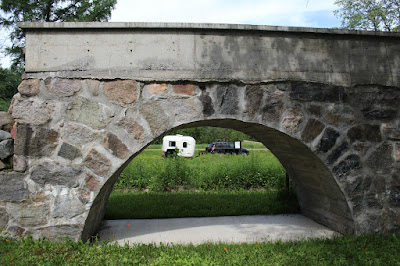 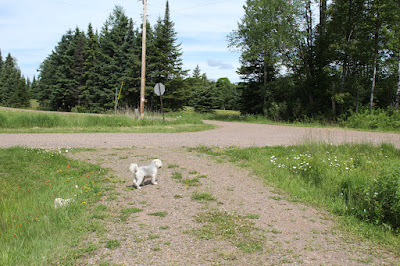 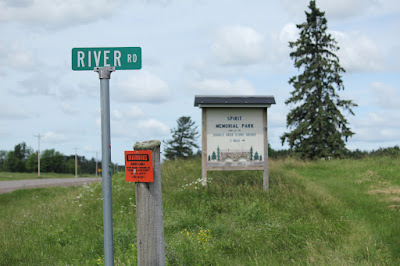 At the intersection of River Road and Wisconsin Highway 86
(visible to the left). 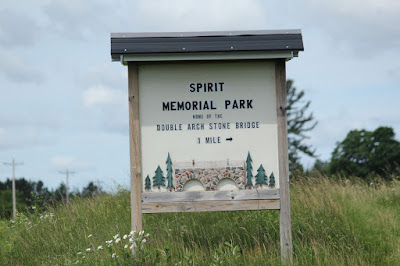