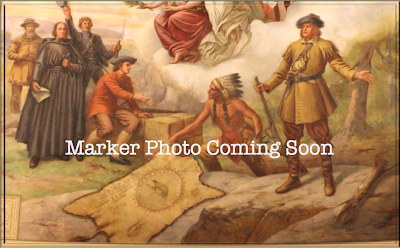 “There is not perhaps another object in the heavens that presents us with such a variety of extraordinary phenomena as the planet Saturn: a magnificent globe, encompassed by a stupendous double ring...the rings and moons illuminating the nights of the Saturnian; the globe and satellites enlightening the dark parts of the rings; and the planet and rings throwing back the sun’s beams upon the moons...”
Sir William  Herschel

Saturn is the second largest of the “gas giants” in the outer solar system. It has a mass 95 times greater that of Earth, and a volume 764 times larger than Earth. Therefore, Saturn has a low density, 70% that of water.

Saturn’s atmosphere is 96% hydrogen and 3% helium, with trace amounts of methane, ammonia, and other gases. It radiates over twice as much heat as it receives from the Sun.

Saturn’s atmosphere contains a significant amount of storm activity, although it is difficult to observe because of a high haze layer. Saturn’s winds have been measured to exceed 1100 miles per hour.

Saturn was visited by the Voyager 1 and 2 spacecraft in the 1980s, and the Cassini-Huygens mission since 2004.

Saturn has a spectacular system of rings, first seen by Galileo in 1610. Galileo was not able to make out the correct shape of the rings, but Christiaan Huygens in 1655 realized that they were in the shape of a disk surrounding the planet. The rings are fragments of almost pure water ice, ranging in size from boulder-sized to dust-sized particles. Some astronomers have suggested that these rings are the fragments of an icy moon that spiralled into Saturn’s atmosphere. The rings have a complex structure, with seven main rings and thousands of ringlets.

Saturn has a diverse population of moons, mostly made of ice. One moon, Enceladus, has active volcanoes erupting water from its south pole. The largest moon, Titan, is bigger than the planet Mercury. Titan has an atmosphere of nitrogen, methane, and organic molecules that is thicker than Earth’s atmosphere. The surface of Titan, at a temperature of -292 ̊F, has many lakes of liquid methane.

The marker is located along the Chippewa River State Trail, on the west side of the footbridge that leads from Phoenix Park to 1st Avenue, on the south side of the path, Eau Claire, Wisconsin 54703.


This marker is one of a series of markers included in the Eau Claire Planet Walk;
click here for more information and to view all markers.

Rough comparison of sizes of Saturn and Earth
This media file is in the public domain; click here for more information.