The Wite Pine / The Red Pine 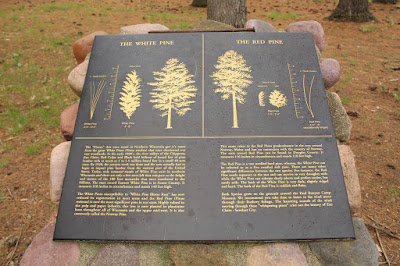 The "Pinery" that once stood in Northern Wisconsin got it's [sic] name from the great White Pines (Pinus strobus) [sic]  that once dominated our vast woodlands. In the early 1800's, the river valleys of the Chippewa, Eau Claire, Red Cedar and Black held billions of board feet of pine lumber with as much as 1 to 1.5 million board feet in a small 40 acre tract. By 1920, the sawyers work was done and the area actually had to begin to import pine lumber from the western part of the United States. Today, only remnant stands of White Pine exist in northern Wisconsin and there are only a few trees left that compare to the height and stature of the 100 foot [sic] monarchs that once numbered in the billions. The state record Eastern White Pine is in Forest County. It measures 210 inches in circumference and stands 148 feet high.

The White Pines susceptibility to "White Pine Blister Rust" has now reduced its regeneration in most areas and the Red Pine (Pinus resinosa) [sic] is now the most significant pine in our state. Highly valued in the pulp and paper industry, this tree is now planted in plantation form throughout all of Wisconsin and the upper mid-west. It is also commonly called the Norway Pine.

This name refers to the Red Pines [sic] predominance in the area around Norway, Main and has no connection with the country of Norway. The state record Red Pine can be found in Douglas County. It measured 116 inches in circumference and stands 118 feet high.

Both Species [sic]  grow on the grounds around the Paul Bunyan Camp Museum. We recommend you take time to listen to the wind move through their feathery foliage. The haunting sounds of the wind moving through these "whispering pines" cries [sic]  out the history of Eau Claire -- Sawdust City. 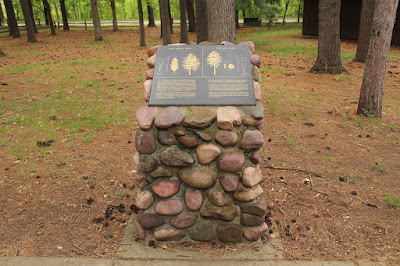 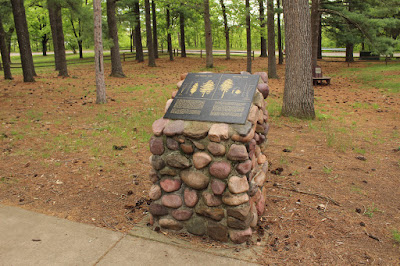 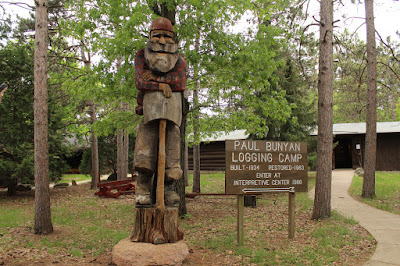 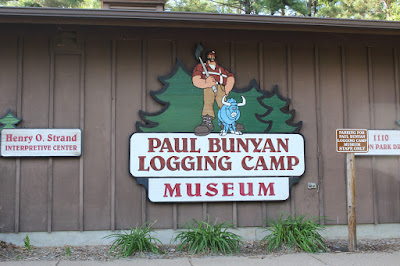 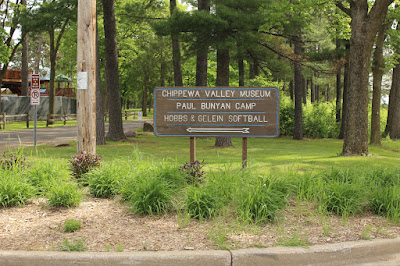