The River Did Its Part 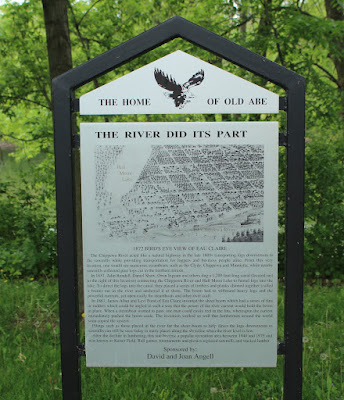 
THE RIVER DID ITS PART

The Chippewa River acted like a natural highway in the late 1800s transporting logs downstream to the sawmills while providing transportation for loggers and business people alike. From this very location, one would see numerous steamboats such as the Clyde, Chippewa and Minnietta, while nearby sawmills collected pine logs cut in the northern forests.

In 1857, Adin Randall, Daniel Shaw, Orrin Ingram and others dug a 1,200 foot long canal (located just to the right of this location) connecting the Chippewa River and Half Moon Lake to funnel logs into the lake. To direct the logs into the canal, they placed a series of timbers and planks chained together (called a boom) out in the river and anchored it at shore. The boom had to withstand heavy logs and the powerful currents, yet open easily for steamboats and other river craft.

In 1861, James Allan and Levi Pond of Eau Claire invented the sheer boom which had a series of fins or rudders which could be angled in such a way that the power of the river current would hold the boom in place. When a steamboat wanted to pass, one man could easily reel in the fins, whereupon the current immediately pushed the boom aside. The invention worked so well that lumbermen around the world soon copied the system.

Pilings such as those placed in the river for the sheer boom to help direct the logs downstream to sawmills can still be seen today in many places along the shoreline when the river level is low.

After the decline in lumbering, this site became a popular recreation area between 1940 and 1975 and was known as Kaiser Field. Ball games, tournaments and picnics replaced sawmills and stacked lumber.

Sponsored By: David and Joan Angell

The marker is located along the Chippewa River State Trail at Kaiser Field, and is accessible from where 10th Avenue dead-ends at a parking lot, south of its intersection with Menommonie Avenue, Eau Claire, Wisconsin 54703.

This marker is No. 3 in a series of markers erected by the Eau Claire Landmarks Commission. 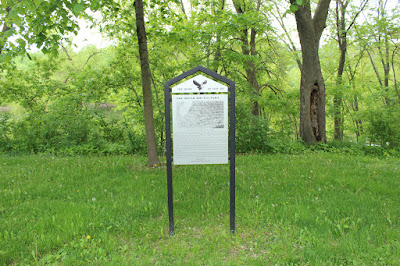 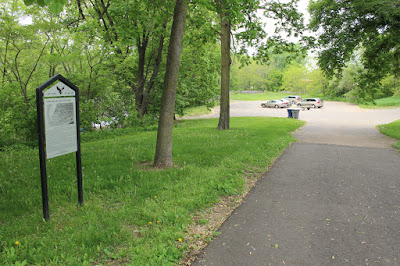 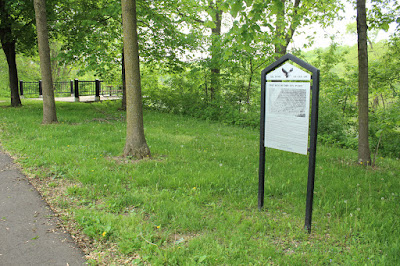 The lookout north of the marker. 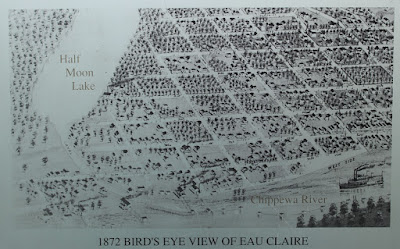 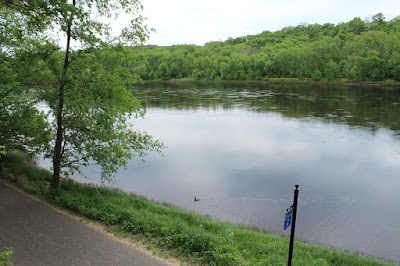 Views of the Chippewa River from the lookout . . .
looking north (above), looking south (below). 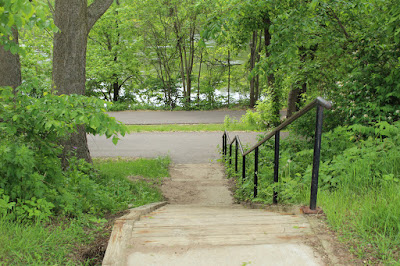 The stairs to the marker's location. Take the trail on the top to the right. 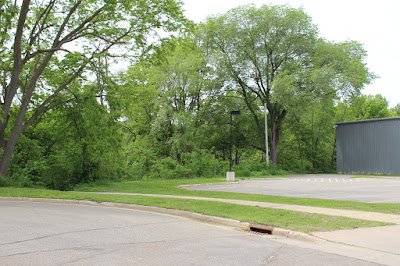 Entrance to the Chippewa River State Trail from 9th Street
is across from the rounded end of the parking lot on the left. 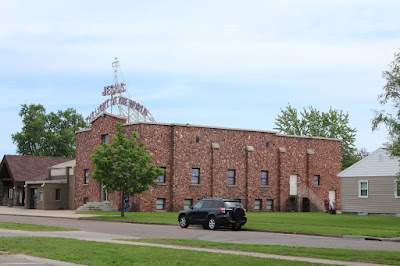 Plenty of parking on 9th Street.