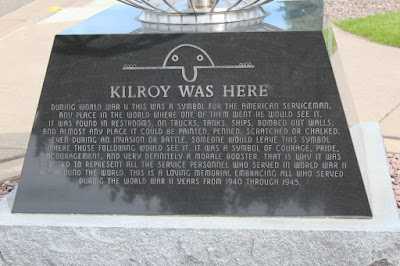 During World War II this was a symbol for the American serviceman. Any place in the world where one of them went he would see it. It was found in restrooms, on trucks, tanks, ships, bombed out walls, and almost any place it could be painted, penned, scratched, or chalked. Even during an invasion or battle, someone would leave this symbol where those following would see it. It was a symbol of courage, pride, encouragement, and very definitely a morale booster. That is why it was selected to represent all the service personnel who served in World War II all around the world. This is a loving memorial embracing all who served during the World War II years from 1940 through 1945.

The Highground: The Globe: Dedicated to the Veterans of World War II 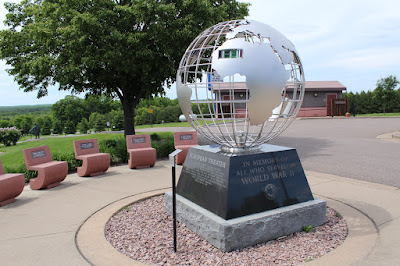 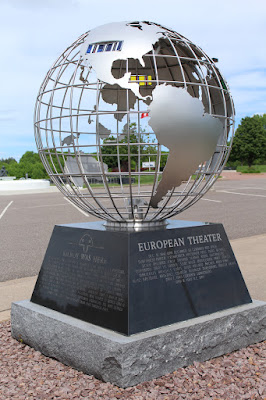 Kilroy is on the west side of the base of the Globe. 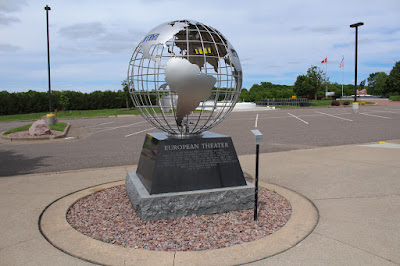 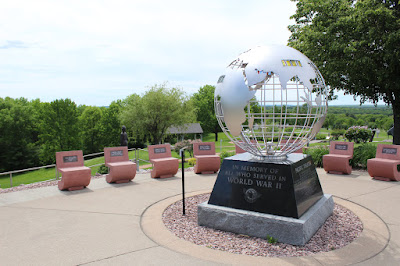