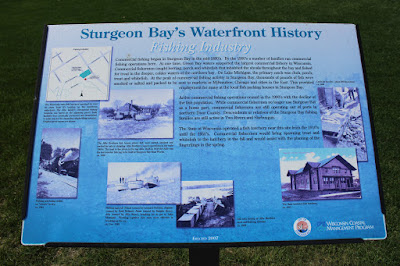 The State of Wisconsin operated a fish hatchery near this site from the 1910's until the 1950's. Commercial fishermen would bring spawning trout and whitefish to the hatchery in the fall and would assist with the planting of the fingerlings in the spring. 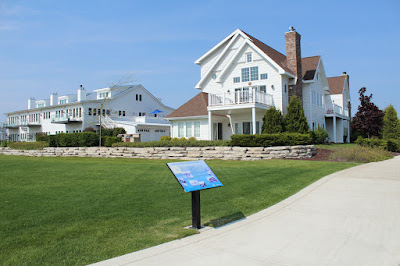 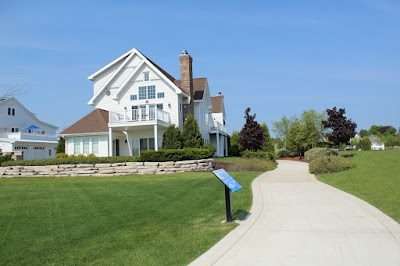 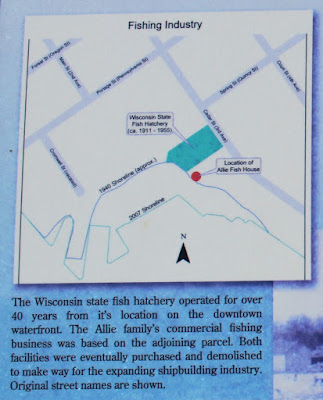 The Wisconsin state fish hatchery operated for over 40 years from it's [sic] location on the downtown waterfront. The Allie family's commercial fishing business was based on the adjoining parcel. Both facilities were eventually purchased and demolished to make way for the expanding shipbuilding industry. Original street names are shown. 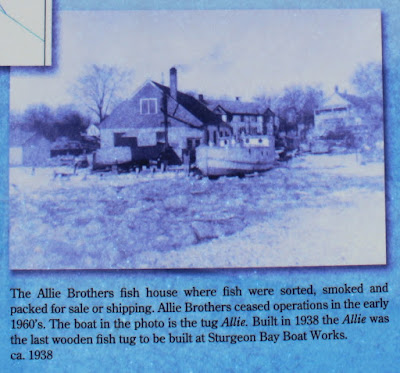 The Allie Brothers fish house where fish were sorted, smoked and packed for sale or shipping. Allie Brothers ceased operations in the early 1960's. The boat in the photo is the tug Allie. Built in 1938 the Allie was the last wooden fish tub to be built at Sturgeon Bay Boat Works.
ca. 1938 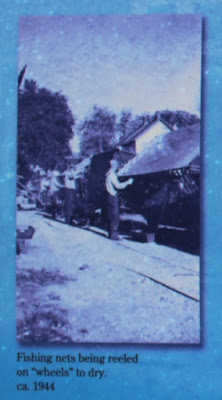 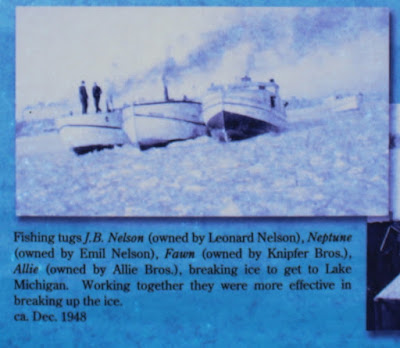 Fishing tugs J.B. Nelson (owned by Leonard Nelson), Neptune
(owned by Emil Nelson), Fawn (owned by Knipfer Bros.),
Allie (owned by Allie Bros.), breaking ice to get to Lake
Michigan. Working together they were more effective in
breaking up the ice.
ca. Dec. 1948 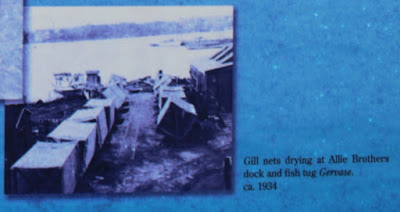 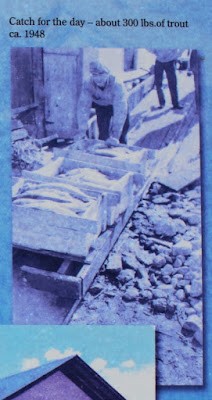 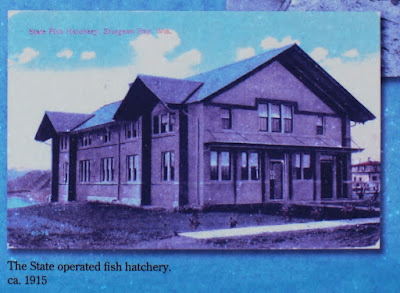 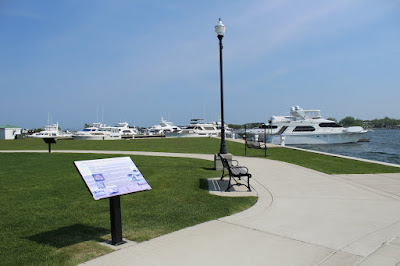 The marker is visible around the bend to the left. 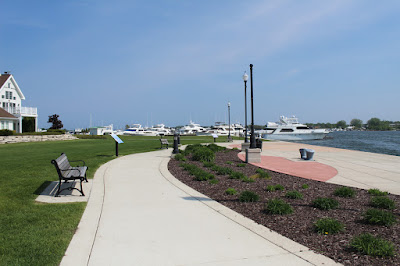 The pathway leading to the marker's location. 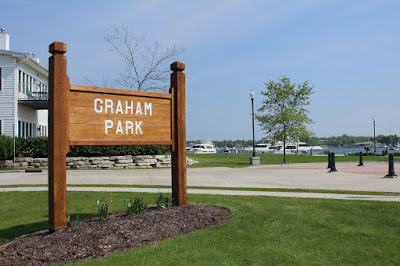 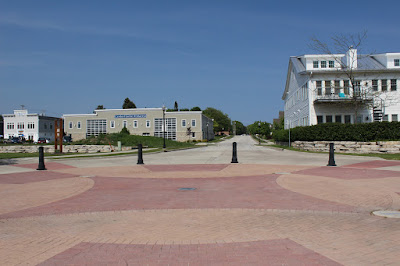 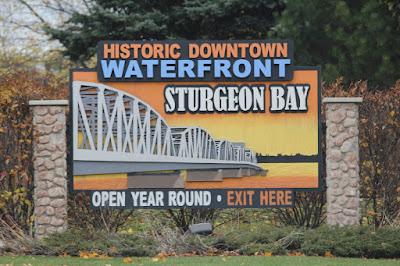