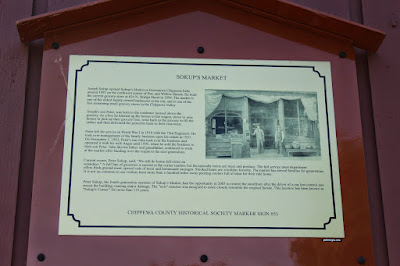 Joseph Sokup opened Sokup’s Market in Downtown Chippewa Falls around 1891 on the northwest corner of Bay and Willow Streets. He built the current grocery store at 624 N. Bridge Street in 1894. The market is one of the oldest family owned businesses in the city and is one of the few remaining small grocery stores in the Chippewa Valley.

Joseph’s son Peter, was born in the residence located above the grocery. As a boy he hitched up horses to the wagon, drove to area homes to pick up their grocery lists, went back to the grocery to fill the orders and then delivered the groceries back to their customers.

Peter left for service in World War I in 1918 with the 73rd Engineers. He took over management of the family business upon his return in 1921. On December 1, 1963, Peter’s son John took over the business and operated it with his wife Angie until 1995, when he sold the business to their son Peter. John like his father and grandfather, continued to work at the market after handing over the reigns to the next generation.

Current owner, Peter Sokup, said, “We still do home deliveries on weekdays.” A full line of groceries is carried at the corner market, but the specialty items are meat and produce. The full service meat department offers fresh ground meat, special cuts of meat and homemade sausages.

Smoked hams are a holiday favorite. The market has served families for generations. It is not un-common to see visitors from more than a hundred miles away packing coolers full of meat for their ride home.

Peter Sokup, the fourth generation operator of Sokup’s Market, had the opportunity in 2003 to restore the storefront after a driver of a car lost control and struck the building, causing major damage. The “new” exterior was designed to more closely resemble the original facade. This location has been known as “Sokup’s Corner” for more than 115 years.

NOTE: The marker is on the West Spruce Street side of the building.

Sokup's Market does not have any web presence!

The marker is No. 51 is a series of historical markers erected by the Chippewa County Historical Society. 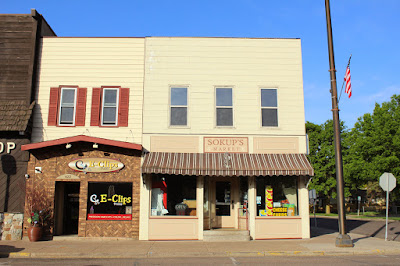 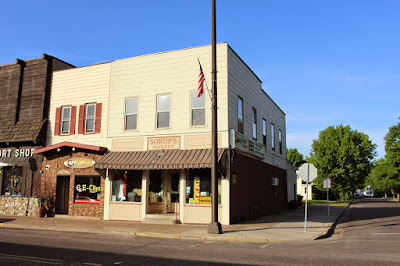 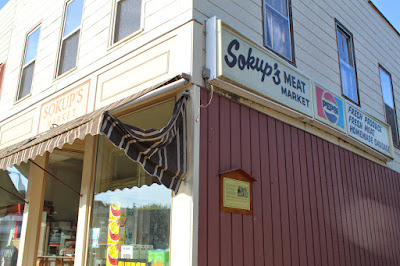 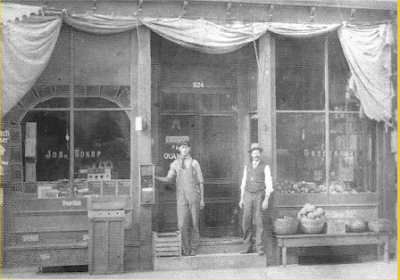 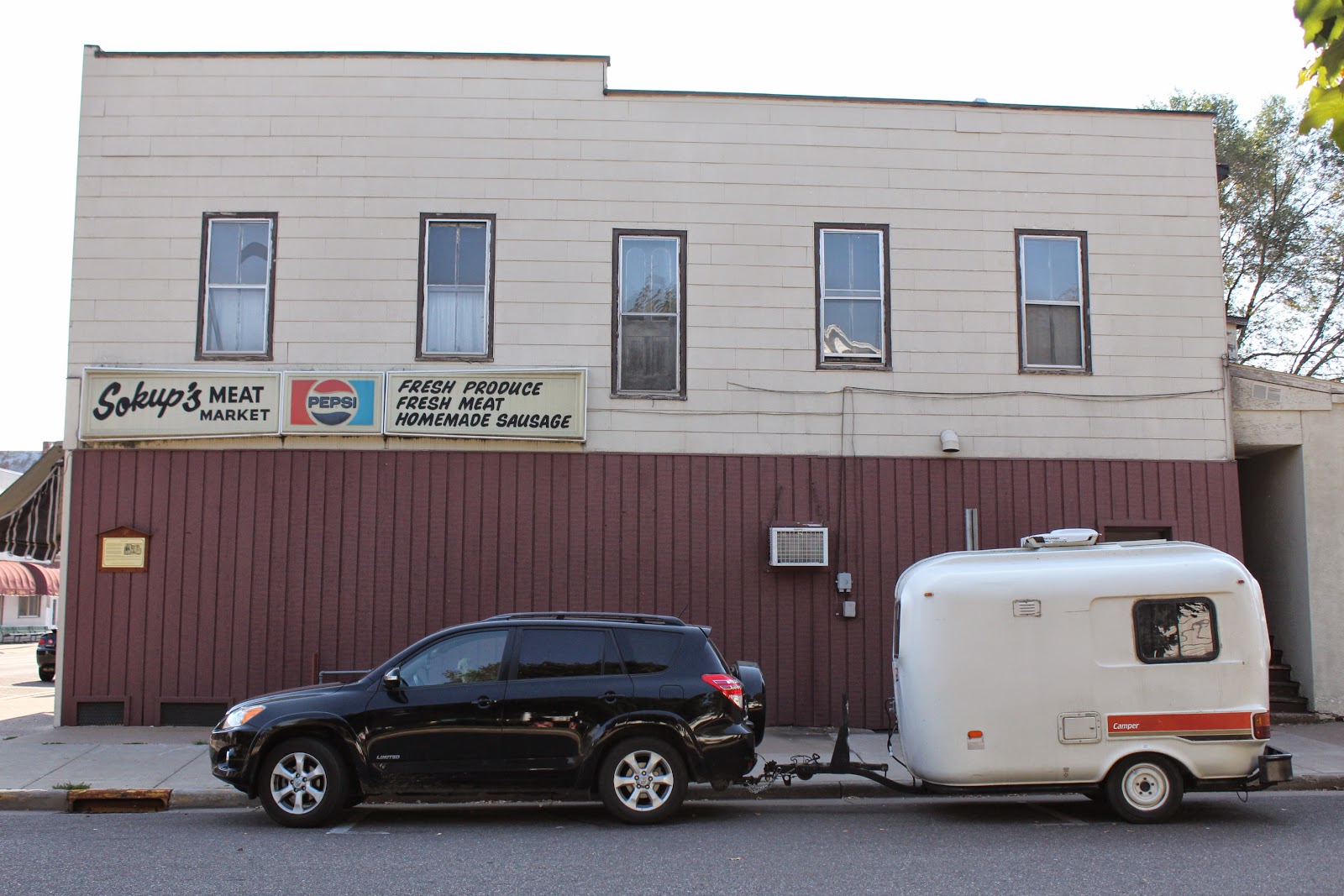 Photographed September 27, 2014
The West Spruce Street-side of the building
(the marker is visible to the left, high up on the wall).