Luther Midelfort: A History of Caring 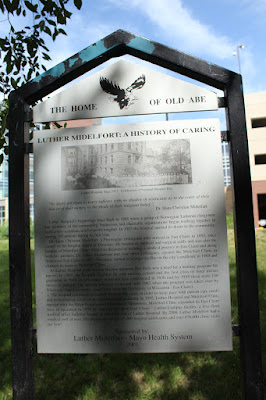 LUTHER MIDELFORT: A HISTORY OF CARING

Its doors are open to every sufferer, with no shadow of restriction as to the color of their skin or of their money, or the shade of their religious belief."

Luther Hospital's beginnings trace back to 1895 when a group of Norwegian Lutheran clergymen and members of the community, businesses and charitable organizations began working together to build a non-sectarian, not-for-profit hospital. In 1905 the hospital opened its doors to the community, serving 195 patients during its first year.

Dr. Hans Christian Midelfart, a Norwegian immigrant who arrived in Eau Claire in 1892, once served on the hospital Board of Directors. He headed its medical and surgical staffs and was also the founder of Middelfart Clinic. Middelfart dreamed of building a medical practice in Eau Claire and along with his partners, Dr. Johan Mathieson and four others colleagues, opened the Middelfart Clinic in downtown Eau Claire in 1927. The clinic moved to a larger facility on the city's southside in 1969 and changed its name to Midelfort Clinic.

As Luther Hospital grew, it soon became apparent that there was a need for a training program for nurses. In 1907 the hospital founded its own nursing school and the first class of three nurses graduated in 1910. A new nurses residence was constructed in 1930 and by 1945 there were 100 nurses in training. The nursing program continued until 1967 when the program was taken over by Wisconsin State University - Eau Claire (now the University of Wisconsin - Eau Claire).

The hospital continued to expand through the years in order to keep pace with patient care needs and technological advances in equipment and treatment. In 1992, Luther Hospital and Middelfort Clinic merged with the Mayo Foundation of Rochester, Minnesota. Midelfort Clinic expanded its Eau Claire base of operation in 1995 by opening the Middelfort Clinic - Luther Campus facility, a five-floor medical office building located at the north end of Luther Hospital. By 2000, Luther Midelfort had a medical staff of over 180 physicians, nearly 10,000 hospital admissions and over 676,000 clinic visits per year.

The marker is located at Halfmoon Park, along the Chippewa River State Trail, and is accessible from southbound Whipple Street, just north of its intersection with Fulton Street, near the entrance to a parking ramp for Luther Hospital, at 1105 Whipple Street, Eau Claire, Wisconsin 54703.

NOTE: There is no parking near the marker. You will need to park in the parking structure to access the marker. 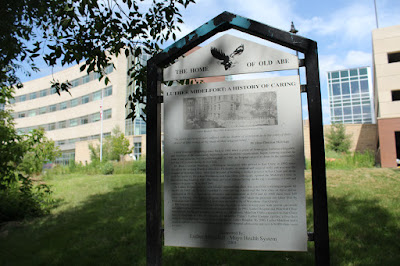 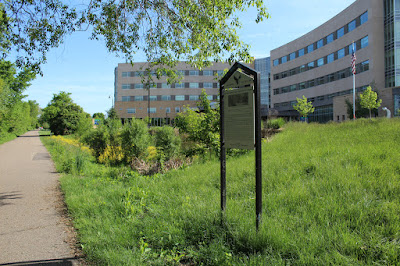 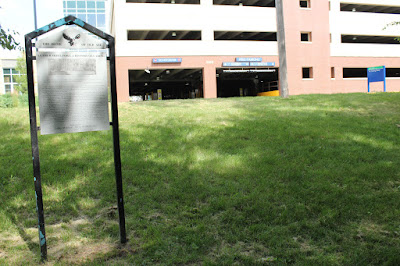 Park in the parking garage across the road to easily access the marker. 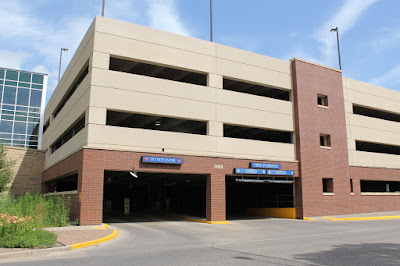 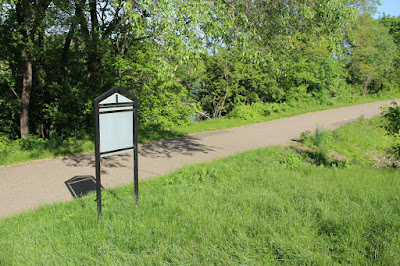 View of the marker from Whipple Street, looking north
along the Chippewa River State Trail.