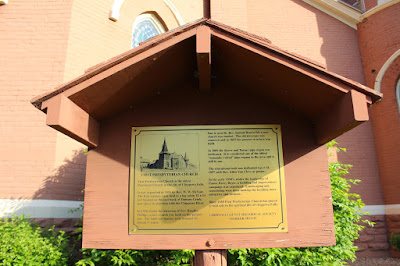 First Presbyterian Church is the oldest Protestant Church in the City of Chippewa Falls.

It was organized in 1855 by Rev. W. W. McNair. The first services were held in a log cabin 12 x 14 feet located on the east bank of Duncan Creek, just above its junction with the Chippewa River.

In 1858, under the direction of Rev. Bradley Phillips, a new church was built on the present site. The land and lumber were donated by Hiram S. Allen.

Due to growth, Rev. Samuel Brown felt a new church was needed. The old structure was removed and in 1883 the present structure was built.

In 1889 the Steere and Turner pipe organ was dedicated. It is considered one of the oldest “romantic-voiced” pipe organ in the area and is still in use.

The educational unit was dedicated April 14, 1957 with Rev. Allen Van Cleve as pastor.

In the early 1990's, under the leadership of Pastor Barry Boyer, a building and improvement campaign was organized. Landscaping and remodeling were done making the building more attractive and modern.

Since 1858 First Presbyterian Church has played a vital role in the spiritual life of Chippewa Falls.

The church is located on westbound West Center Street, at its intersection with northbound Island Street, at 130 West Central Street, Chippewa Falls, Wisconsin 54729.

This marker is No. 1 in a series of historical markers erected by the Chippewa County Historical Society. 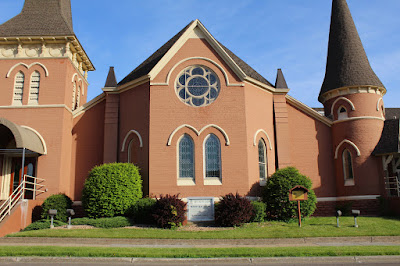 The West Central Street side of the building.
The marker is visible to the right of the white marquee. 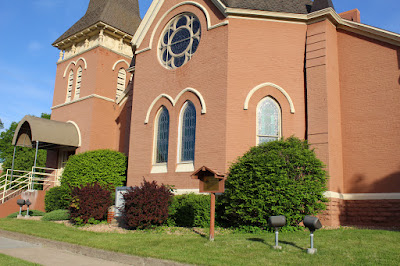 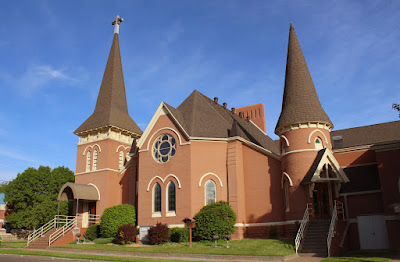 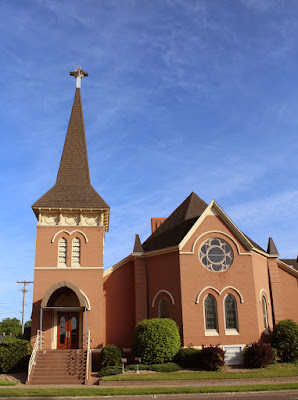 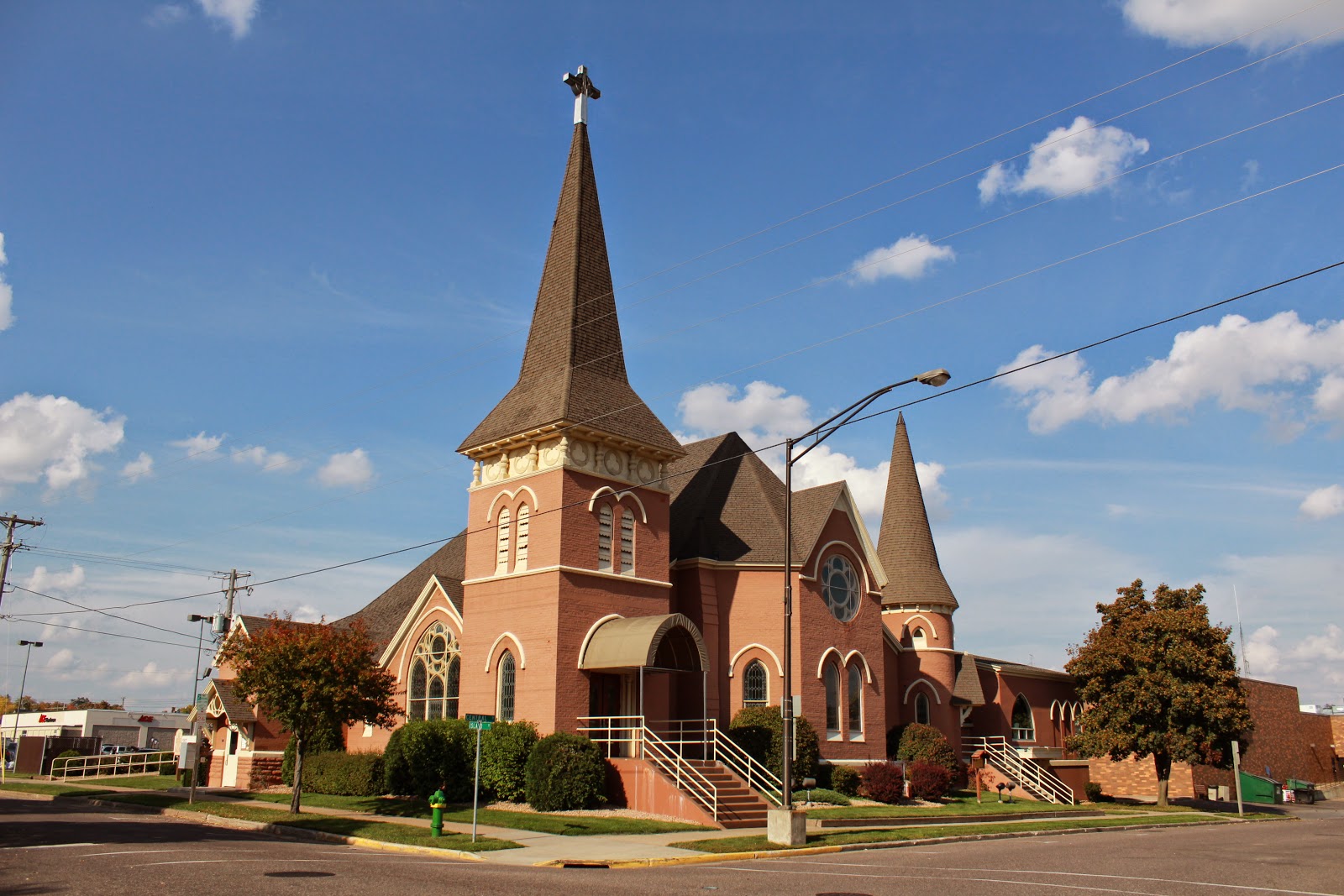 Photographed September 27, 2014 (above and below).
The gorgeous church is huge! 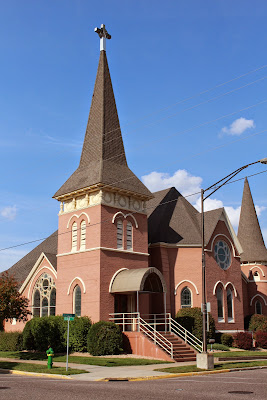 The building is located in Chippewa Falls, Wisconsin.