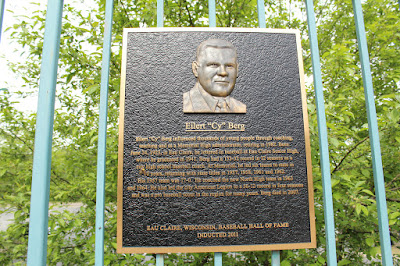 Eilert "Cy" Berg's marker is first on the right.