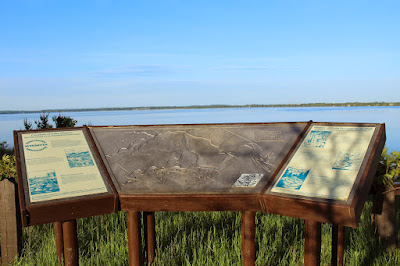 The marker is on the left;
see below for marker transcription.

The marker and tree are located about two miles inside Lake Wissota State Park, at a vista point en route to the campground sites. The address to the entrance to the park is located at 18127 County Highway O, Chippewa Falls, Wisconsin 54729.

NOTE: An annual pass or fee is required to enter the State Park to access the marker. 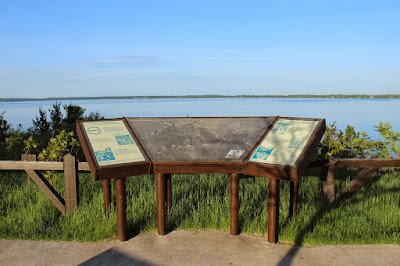 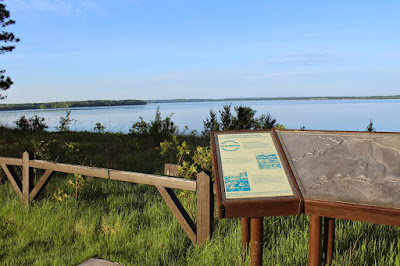 In 1917, a hydroelectric dam was completed on the Chippewa River, and Lake Wissota was formed. The dam site at the confluence of five rivers and streams and created the lake that you see today. The dam and power station was owned by the Wisconsin-Minnesota Light and Power Company. Louis G. Arnold, a young engineer working on the construction of the dam, combined the first syllable of Wisconsin and the last two Minnesota to produce the name for Lake Wissota. 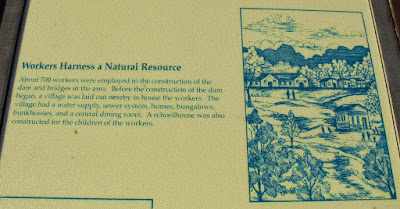 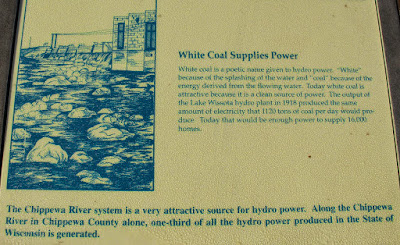 White coal is a poetic name given to hyrdro power. "White' because of the splashing of the water and "coal" because of the energy derived from the flowing water. Today white coal is attractive because it is a clean source of power. The output of the Lake Wissota hydro plant in 1918 produced the same amount of electricity that 1120 tons of coal per day would produce. Today that would be enough power to supply 16,000 homes. 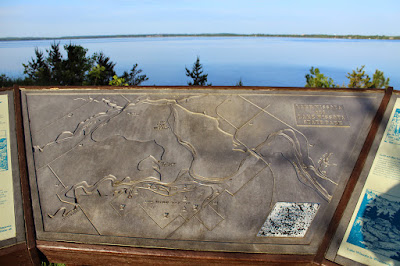 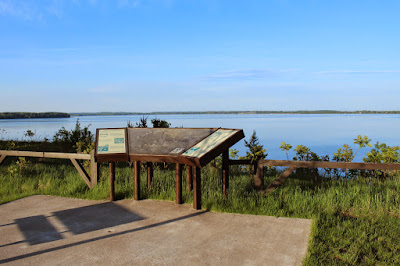 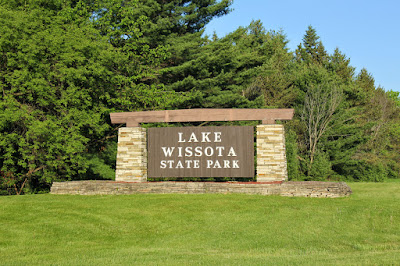 The marker is located inside Lake Wissota State Park.