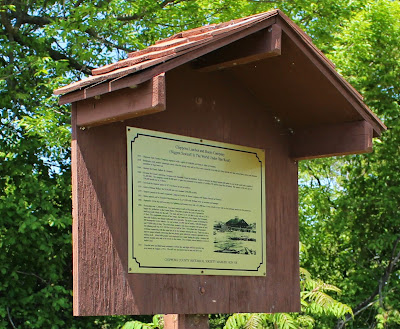 1858 - Bankruptcy and another catastrophe struck when the spring water and ice-floes came down the river with such force that the new dam, several piers, booms, and immense quantities of logs were lost

1869 - Became the Union Lumbering Company with Thaddeus Pound as president. It grew to become the largest lumber mill under one roof in the world with a capital of $1,500,000. The company owned 80,000 acres of pine land estimated to be capable of yielding 700 million board feet of lumber. The capacity of the mill grew to 350,000 board feet in 24 hours.

1881 - Entire interest sold to Frederick Weyerhaeuser for $1,275,000 with William Irvine as secretary and manager.

1886 - September 16 the big mill was struck by lightning and burned down with a $75,000 loss. It was rebuilt at once with ten fire hydrants installed for fire protection.

1890 - Production was 51,500,000 feet. The most extensive mill in Wisconsin and one of the largest for production in the United States. The plant occupies ten acres of ground for stacking yards, sheds and the mill. The main mill was 112 X 165 feet in area with an L 36 X 53 feet. The equipment consists of two hangs, four band saws, four edgers, four trimmers, four slab slashers, two shingle mills and three lath mills. The motive power is furnished by 500 horsepower water wheels. The cut is about 325,000 feet of lumber, 100,000 shingles and 75,000 laths per day. The sister plant, located a mile away, occupied 160 acres of land. The planning mill was 56 X 120 feet and was built in 1884. Both plants had independent switches connecting with the main line of all the railways entering the city. There was also a narrow gauge railroad connecting the two plants, upon which the company operated its own rolling stock.. About 400 people were employed year round: during the spring , summer and autumn months here and in the woods in the winter; the company owned immense tracts of timber land.

1911 - Circular saws and band saws continued to whine day and night until the last pine log was sawed on August 2, 1911. The mill was shut down forever and sold for scrap.

NOTE: The marker is accessible from a parking lot on eastbound Court Street, just east of its intersection with Bridge Street / Wisconsin Route 29 / 124 (see photos below).

The marker is No. 18 is a series of historical markers erected by the Chippewa County Historical Society. 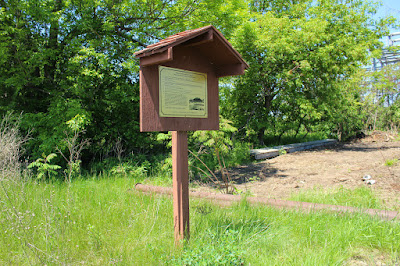 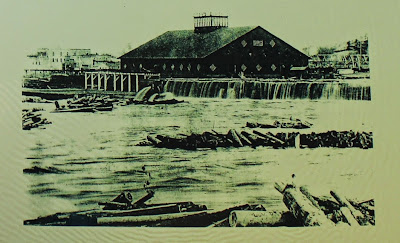 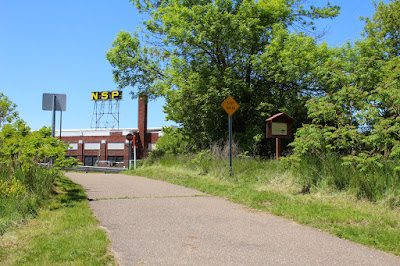 On the bike path, the marker is visible to the right. 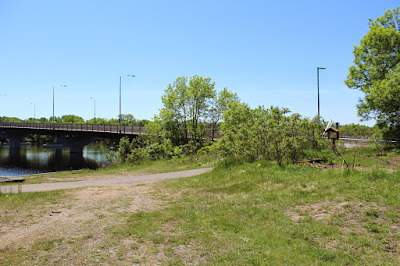 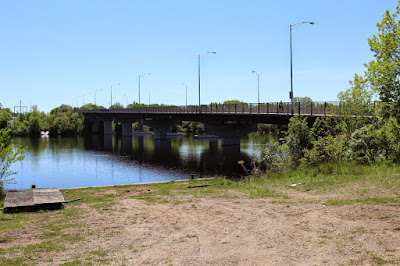 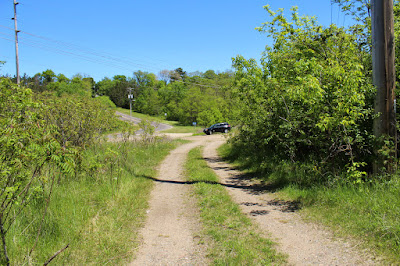 Looking towards the parking area from near the marker's location. 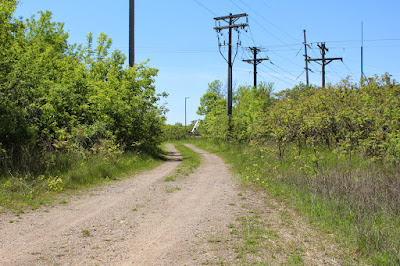 Looking towards the marker's location from the parking area. 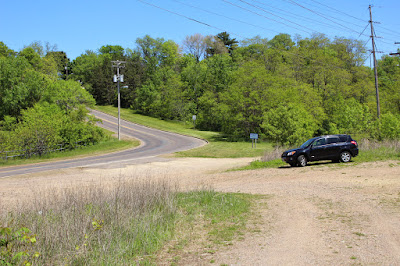