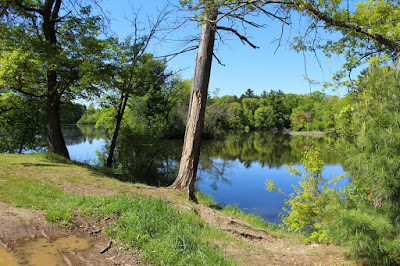 Prior to the treaty of 1826, the few settlers who lived along the Chippewa River were engaged in trading with the American Fur Company of LaPointe. The 1826 treaty with the Indians required the government to provide for a farm and smithy near the fall of the Chippewa River. In 1838 Lyman Warren, who was married to a Cadotte, was appointed government sub-agent and selected this site to set up farming and blacksmithing.

Here the Sioux and Chippewa Indians held their 1846 peace treaty. In 1851 Alex and Henry O’Neil built a sawmill, later owned by the Stanley brothers. Chippewa City as platted in 1856 had a church, school, bank, post office, and saloons. The population grew to about 200 in 1892, but diminished as the logging industry developed six miles south of here in Chippewa Falls.

NOTE: There is no marker at this location. The marker has been removed from its original location and is being restored. Plans are in progress to re-erect the marker here in 2015.

History of the Chippewa Valley
Faithful Record of all Important Events, Incidents, and Circumstances that have Transpired in the Valley of the Chippewa from its Earliest Settlement by White People, Indian Treaties, Organization of the Territory and State; Also of the Counties Embracing the Valley, Senatorial, Assembly and Congressional Districts, and a Brief Biographical Sketch of the Most Prominent Persons in the Settlement of the Valley, by Thomas E. Randall, 1875

The marker is No. 7 is a series of historical markers erected by the Chippewa County Historical Society. 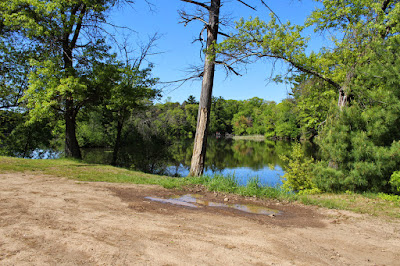 The marker will be place here, with a view of O'Neil Creek in the background. 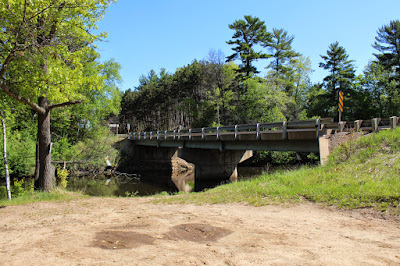 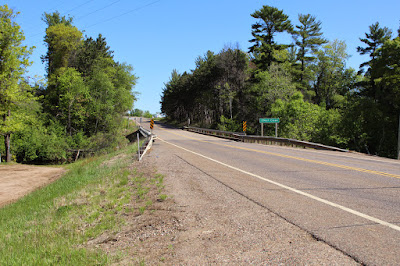 Looking north along Wisconsin Highway 178, with the pullout visible to the left. 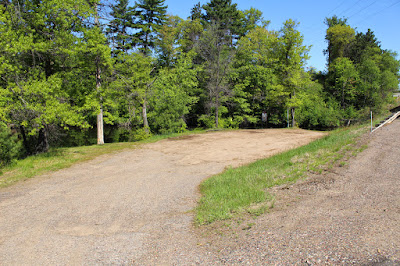 The entrance to the highway pullout.