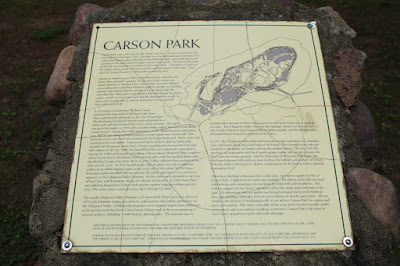 Carson Park, often referred to as "the island", is in fact a 134 acre peninsula nearly surrounded by Half Moon Lake. The lake is an excellent geological example of an oxbow lake formed when a meander of the Chippewa River was cut off during glacial times as the main channel sought a shorter route south. The land in the center of this lake was set aside for a park as early as the 1860's. A hospital was built on the land to house people suffering from the smallpox plaque of the times. Even after the hospital burned in 1878 people avoided the area.

During the lumbering era (1860-1910) the land was owned by the Daniel Shaw Sawmill Company. By the turn of the century the lumber business in "Sawdust City", as Eau Claire was often dubbed, was winding down and Shaw had little need for the lake has a holding pond for logs destined for his sawmill or for the land inside the encircling lake. Many plans were advanced for developing the land as a park, a resort or even a race track, but the land actually sat idle for many years serving only as a picnic destination for recreational boat traffic on the lake.

In 1914 heirs of lumberman, William Carson, purchased the land within Half Moon Lake from Shaw and promptly donated it to the city of Eau Claire. The deed required that the land be used exclusively for a public park and that Carson Park is never to be renamed. The park opened to the public in 1915 with a wooden bridge added for access from West Grand Avenue. During the 1930's depression era the Works Progress Administration (WPA) put many unemployed men to work improving Carson Park. The causeway on the east shore was created and the bridge shortened. Paths, steps and retaining walls were added. Land was leveled for athletic playing fields, playgrounds, and designated picnic areas. A stone grandstand was erected for the baseball stadium. In the late 1990's this baseball facility was completely renovated retaining the 1930's architecture and adding a Henry Aaron Memorial Plaza complete with a bronze bust of the famous homerun king who made his baseball debut with the Northern League Eau Claire Bears in 1952. Other additions have enhanced the park over the years. In 1934, local Kiwanis club members erected an authentic replica of an 1880's logging camp on the south side of the island. In 1983 these Kiwanians spent over $600,000 to renovate the camp, and move it to a new location next to the Chippewa Valley Museum. At that time it was donated to the City of Eau Claire with Kiwanians always on a Board of Directors. In 1994 these Directors added an Interpretive Center with museum quality logging exhibits and artifacts. The entire camp is open for tours April through October.

The nearby Chippewa Valley Museum, on Carson Park Drive opened its doors in 1974 with a mission to discover, preserve and interpret the culture and history of the Chippewa Valley. Exhibits and programs cover regional topics from prehistory to the present with the Glenn Curtis Smoot Library and Archives maintaining a regional archives, including 15,000 historic photographs. The museum was expanded and renovated in 2003, helping preserve the area's history for generations to come. The Chippewa Valley Museum also manages Sunnyview School, the Lars and Grethe Anderson Log Home on the museum grounds, and the Schlegelmilch-McDaniel house located in downtown Eau Claire.

In 1977 the Chippewa Valley Railroad Association began operation of a miniature train with tracks along the south bank of the island. These popular train rides are available to the public on Sundays during the summer season. The city Parks Department in cooperation with local sports groups, public and private schools, the Eau Claire recreation program and the University of Wisconsin-Eau Claire has developed playing fields and spectator facilities for softball and football at Carson Park that makes it the focus of athletic competitions on the local as well as national tournament level.

Horseshoe pitching enthusiasts have a first class, tournament quality facility in Carson Park. Lighted tennis courts are available. The shores of the lake are lined with fishing spots including a special dock for fisher folk with disabilities. Pet walkers, joggers, in-line skaters and skiers utilize the many paths and trails in the park. An arboretum and rose garden are being developed and several children's play and climbing challenges areas are given heavy use nearly year-round. Almost weekly some festival or fundraising walk or run utilizes Carson Park for staging and post event parties. The many reservable picnic areas attract reunion groups, graduation events and even outdoor wedding ceremonies. Carson Park is the jewel of Eau Claire's magnificent parks and trails offerings!

The marker is located adjacent to a bike path inside Carson Park, on eastbound Carson Park Drive, across from the parking lot for the baseball stadium, Eau Claire, Wisconsin 54703.

NOTE: View the photos below to help identify the marker's location inside the park. 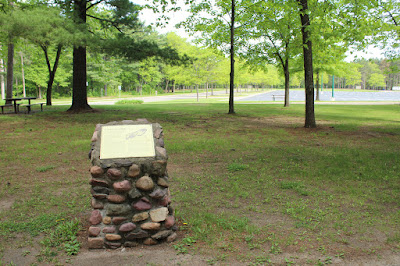 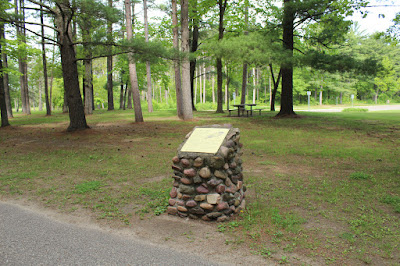 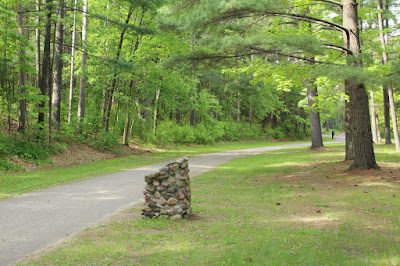 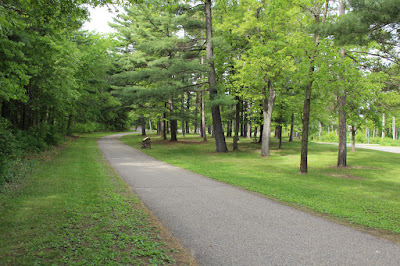 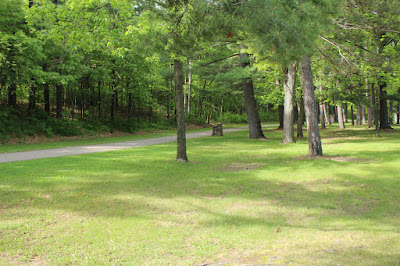