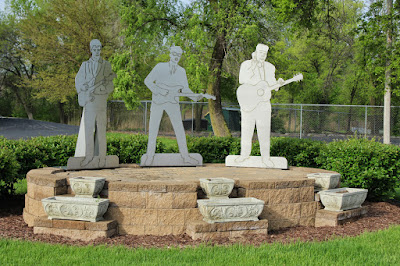 
The marker is located on the grounds of the historic Riverside Ballroom, at 1560 Main Street, Green Bay, Wisconsin 54302.

Wikipedia: The Day the Music Died
On February 3, 1959,  Buddy Holly, Ritchie Valens, and J.P. ("The Big Bopper") Richardson were killed in a plane crash near Clear Lake, Iowa, while flying in wintry conditions . . . 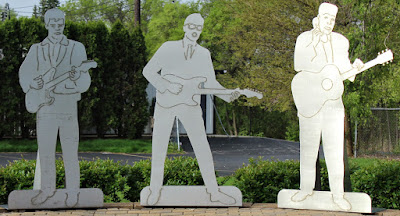 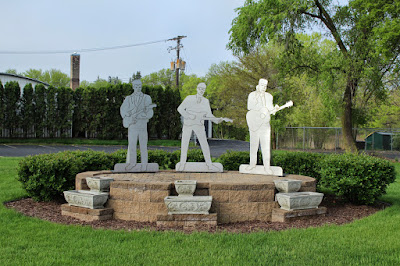 Photo of the aviation accident known as "The Day the Music Died", that occurred on February 3, 1959, near Clear Lake, Iowa, where rock and roll musicians Buddy Holly, Ritchie Valens, and J. P. "The Big Bopper" Richardson, as well as the pilot, Roger Peterson perished. The photo was taken by the Civil Aeronautics Board (CAB) in the course of their investigation of the crash. The CAB is the precursor to today's National Transportation Safety Board (NTSB), and was a part of the Department of Transportation. 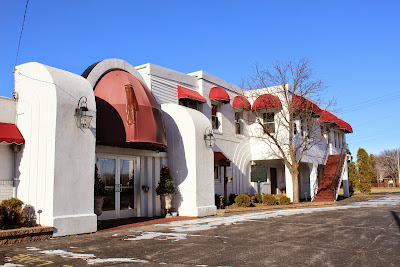 Photographed January 2, 2015
The memorial is located on the grounds of the historic Riverside Ballroom. 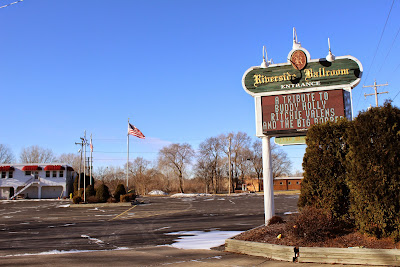