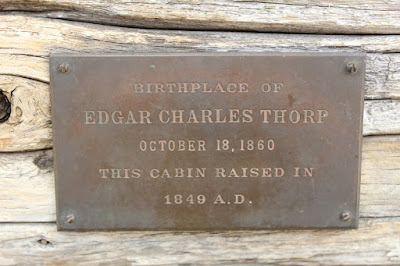 See also, The Thorp Cabin, also at this location. 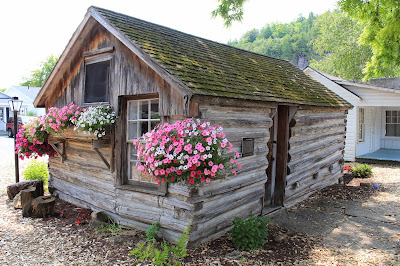 The small plaque is to the left of the entrance. 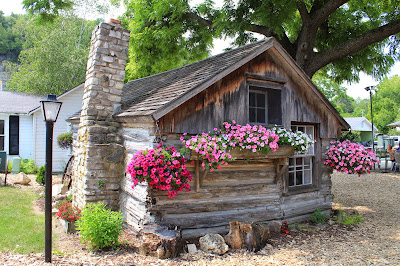 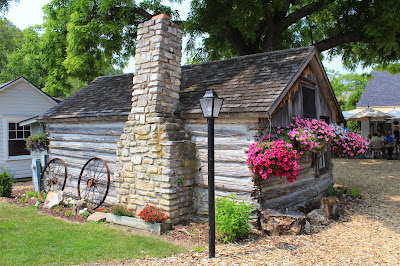 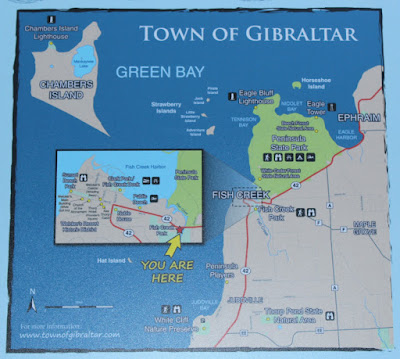 The marker is located in Fish Creek (Town of Gibraltar), Wisconsin.