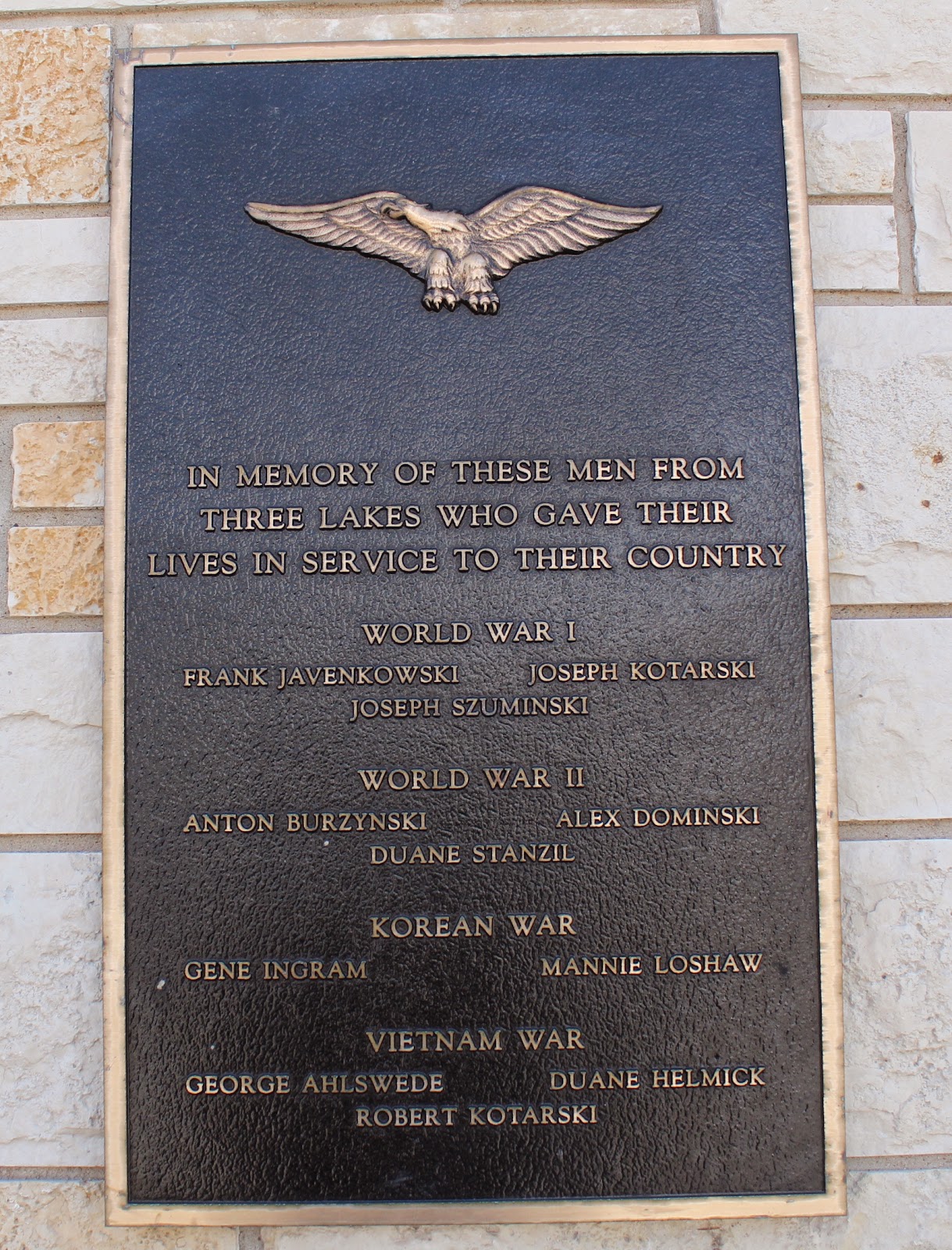 
The memorial is mounted to the facade of the American Legion Post 431 building located on northbound Superior Street / County Highway A / U.S. Route 45, between U.S. Route 45 (to the south) and West School Street (to the north), at 1795 Superior Street, Three Lakes, Wisconsin 54562. 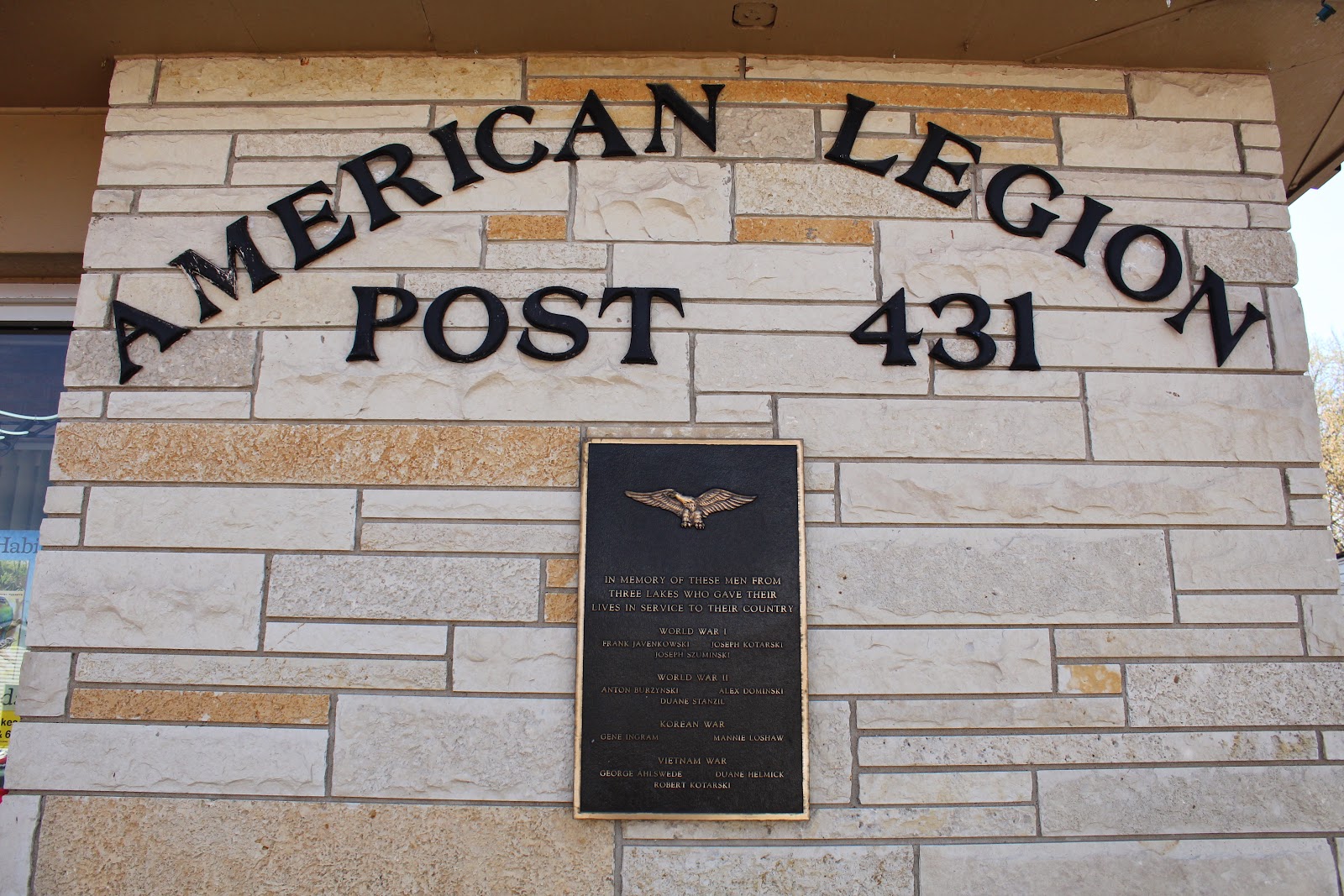 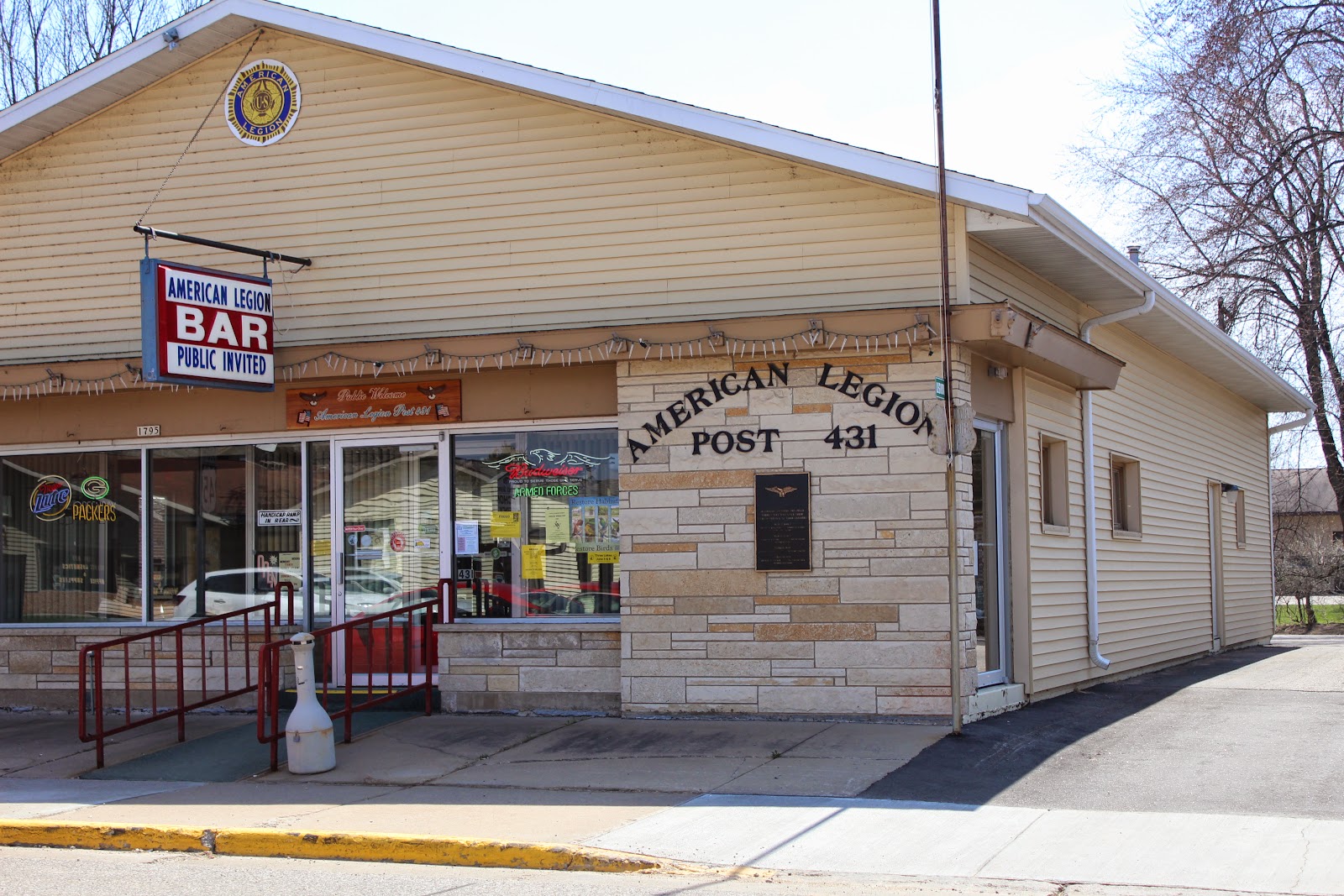 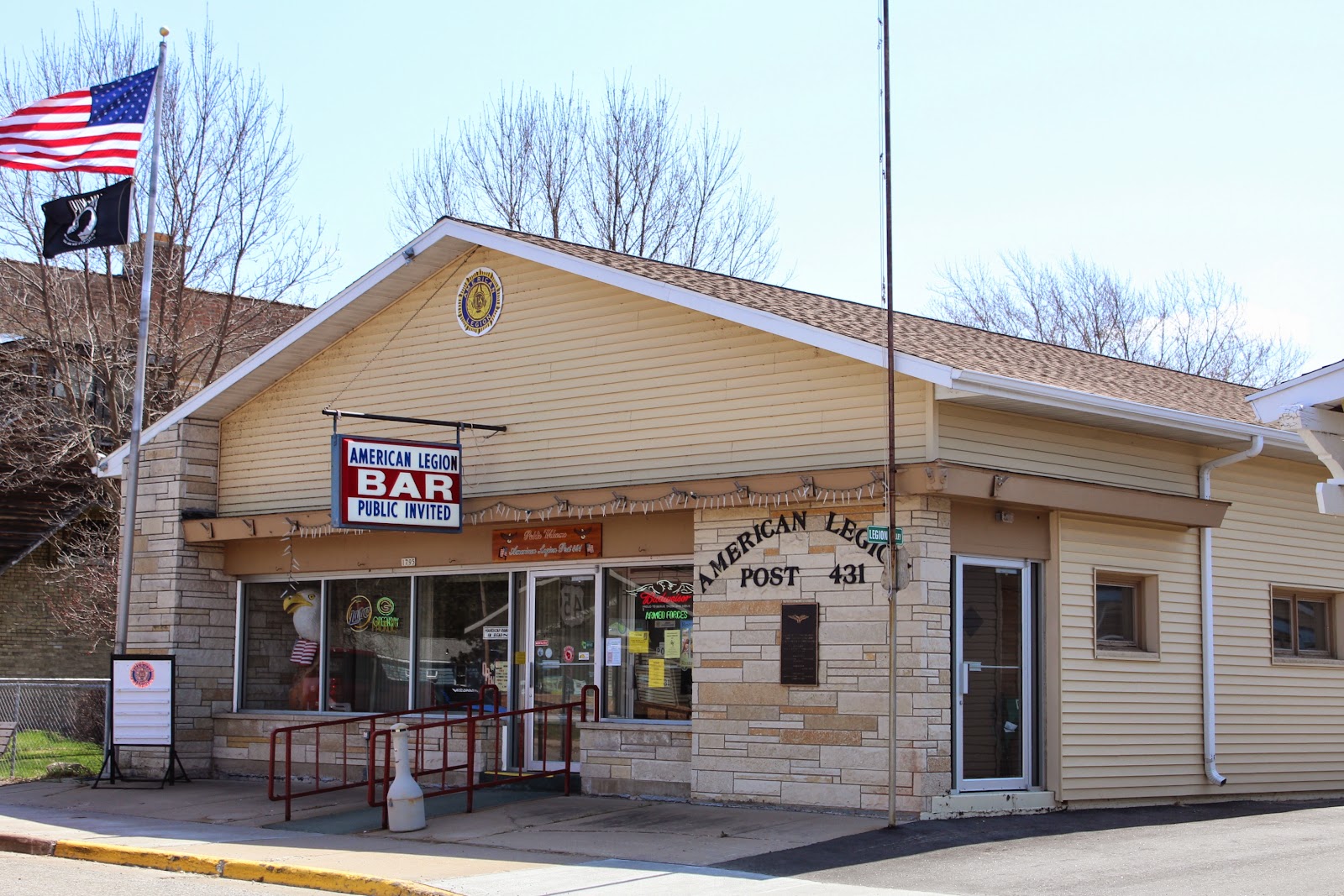 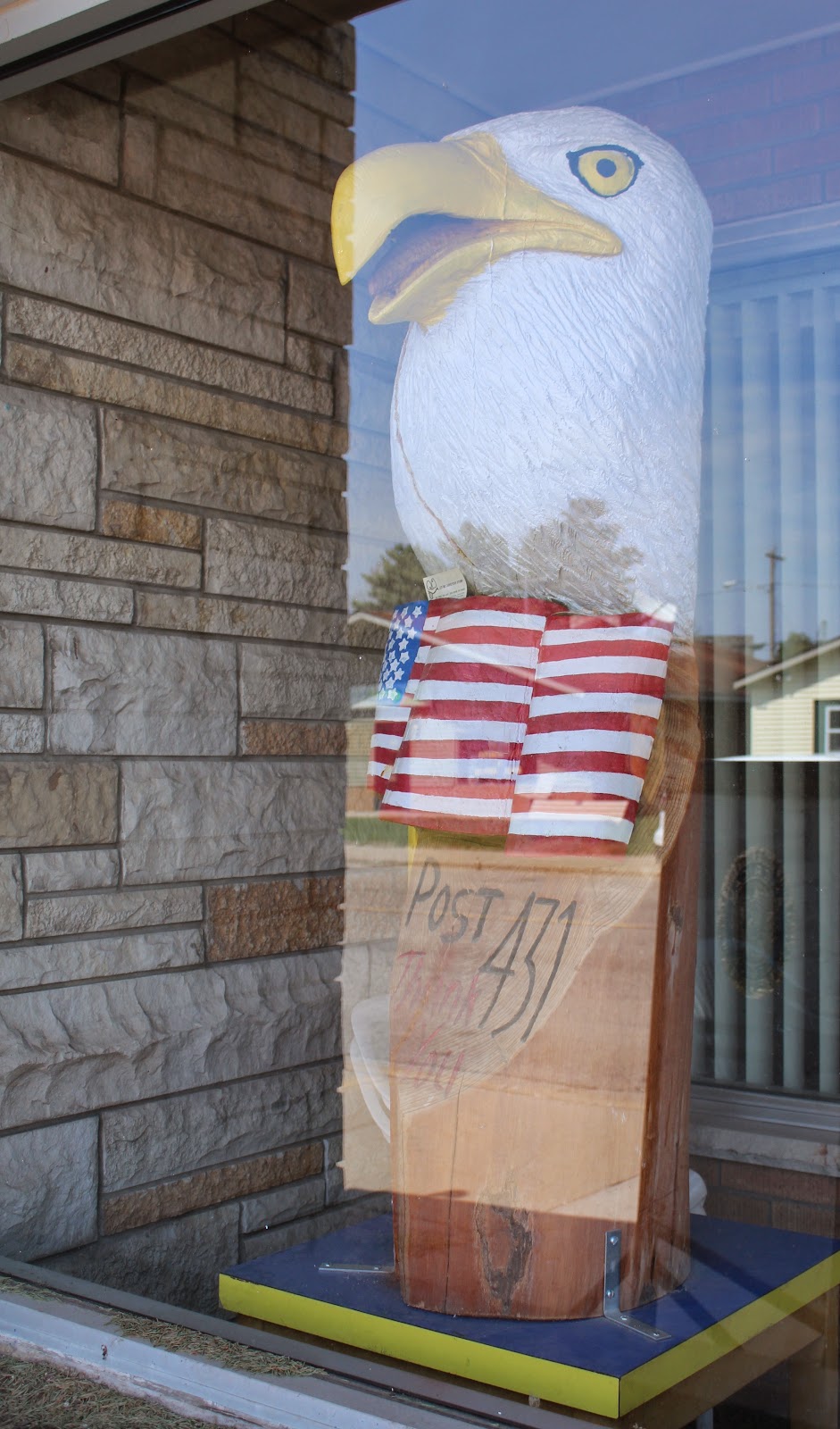 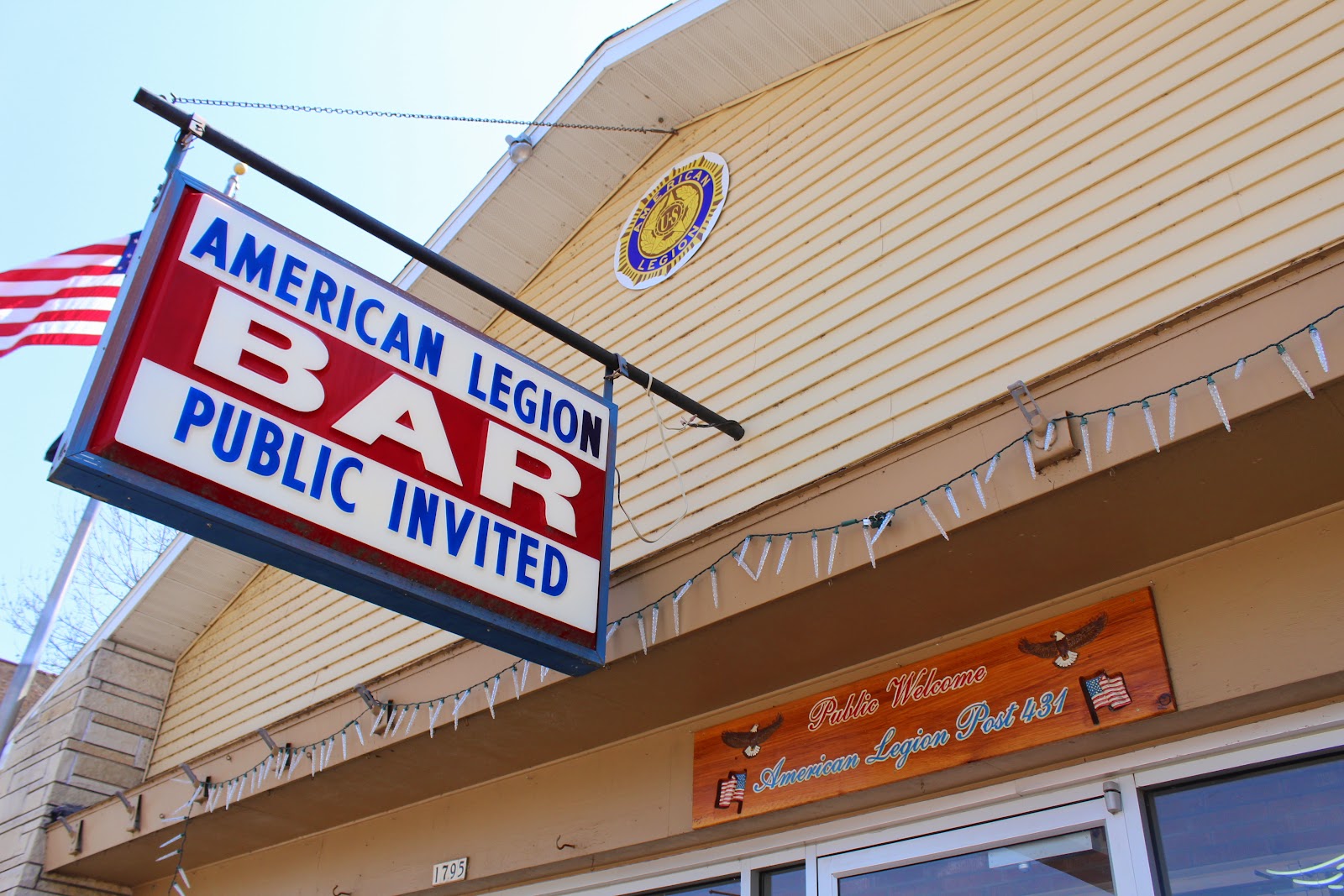 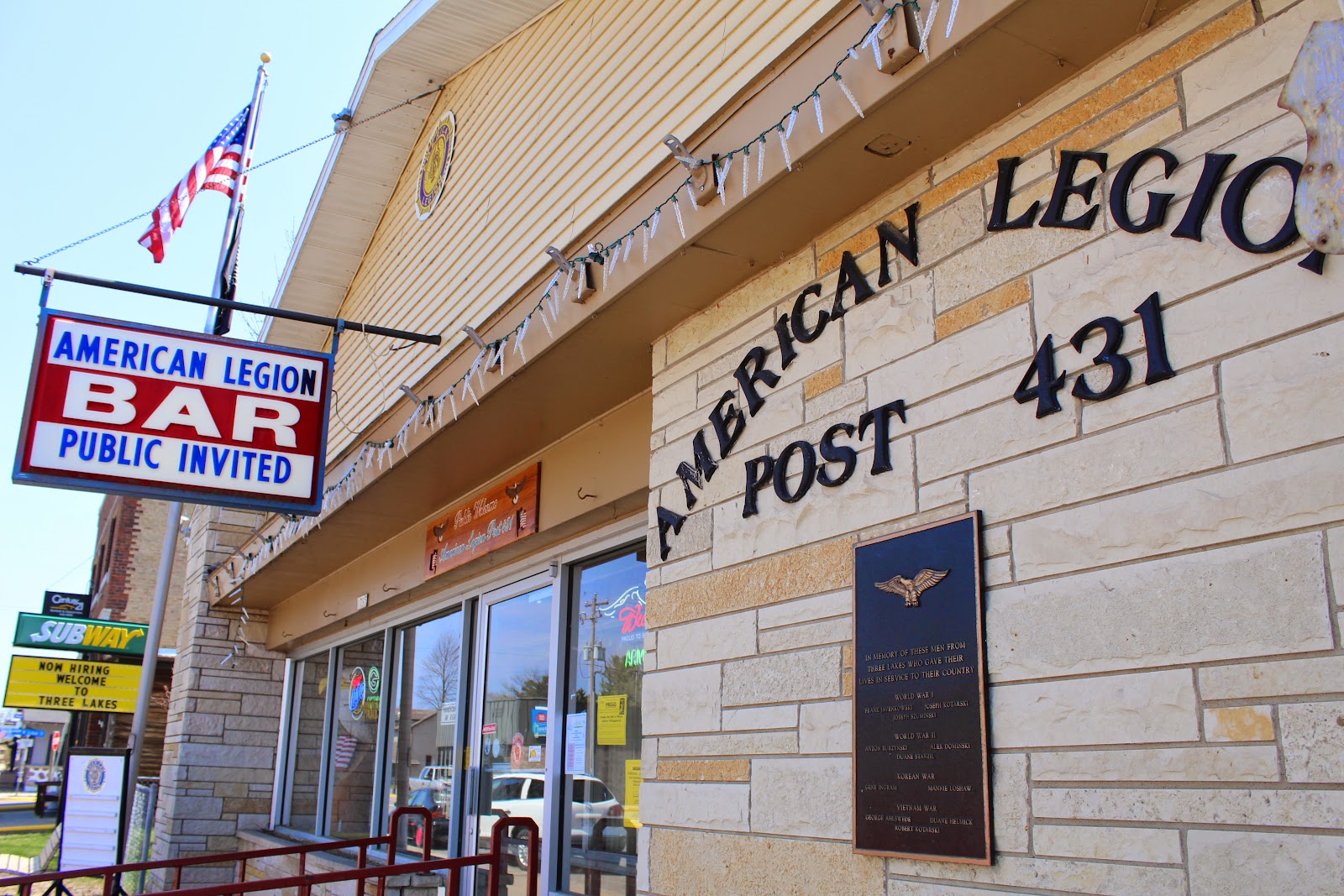