What is a Wetland

Wetlands are transition zones between land and water. They are characterized by saturated soils, fluctuating water levels, and plants that have special adaptations for survival in water.

There are many different types of wetlands, including freshwater marshes, swamps, bogs, rivers, lakes, ponds, and saltwater marshes. These soggy areas are some of the most biologically diverse habitats found in the world -- supporting thousands of plant and animal species.

Wetlands provide crucial habitat for many types of resident animals and migratory birds, and they are important for people, too, With their sponge-like soil, wetlands help to control flooding by holding water long after it rains, releasing it slowly into the surrounding areas of the watershed. As water seeps through the wetland soil, pollutants are filtered out, and cleaner water leaves the wetland, entering into nearby streams and drinking water sources. Wetlands are areas where people can enjoy recreational activities, such as hiking, fishing, photography, and wildlife observation. 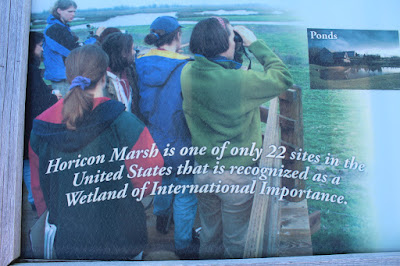 Horicon Marsh is one of only 22 sites in the
United States that is recognized as a
Wetland of International Importance. 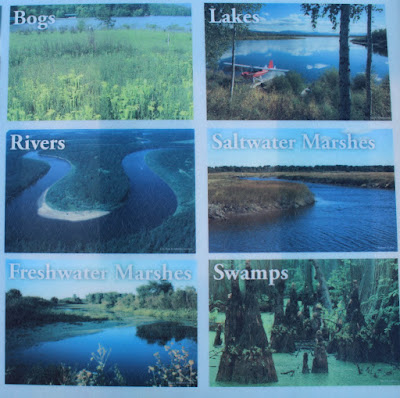 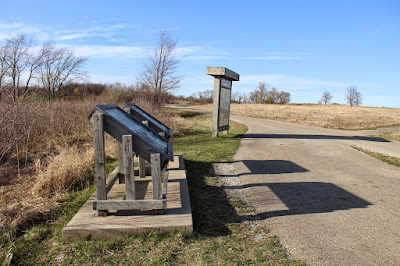 The marker is at the kiosk on the left. 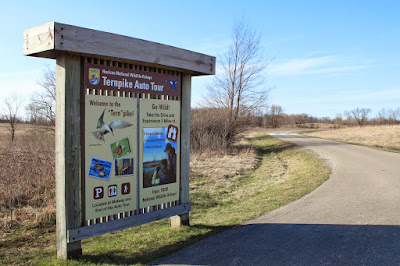