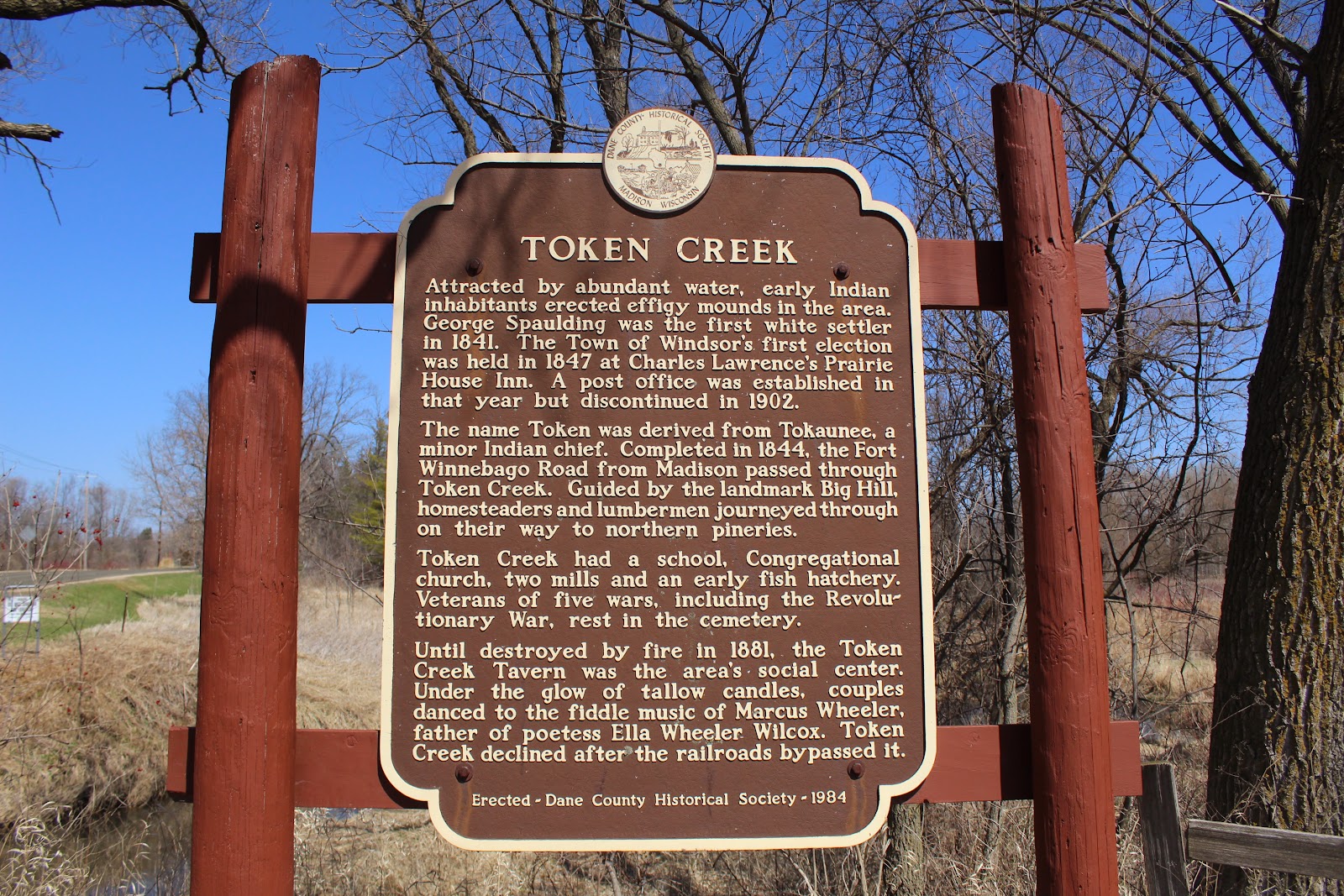 Attracted by abundant water, early Indian inhabitants erected effigy mounds in the area. George Spaulding was the first white settler in 1841. The Town of Windsor's first election was held in 1847 at Charles Lawrence's Prairie House Inn. A post office was established in that year but discontinued in 1902.

The name Token was derived from Tokaunee, a minor Indian chief. Completed in 1844, the Fort Winnebago Road from Madison passed through Token Creek. Guided by the landmark Big Hill, homesteaders and lumbermen journeyed through on their way to northern pineries.

Token Creek had a school, Congregational church, two mills and an early fish hatchery. Veterans of five wars, including the Revolutionary War, rest in the cemetery.

Until destroyed by fire in 1881, the Token Creek Tavern was the area's social center. Under the glow of tallow candles, couples danced to the fiddle music of Marcus Wheeler, father of poetess Ella Wheeler Wilcox. Token Creek declined after the railroads bypassed it.

NOTE: I am curious about the reference to a Revolutionary War veteran being buried in Token Creek, as there is no reference to any such burial on the current list of Soldiers of the American Revolution Buried in Wisconsin. Will update this post once further research is completed.


The marker is located at a wayside on northbound Portage Road, just north of its intersection with Windsor Road / Wisconsin Highway 19, Sun Prairie, Wisconsin 53590.

Wikipedia: Ella Wheeler Wilcox [mentioned in the Token Creek marker]
A popular poet rather than a literary poet, in her poems she expresses sentiments of cheer and optimism in plainly written, rhyming verse . . .

The marker is No. 24 in the Dane County Historical Society Markers Series. 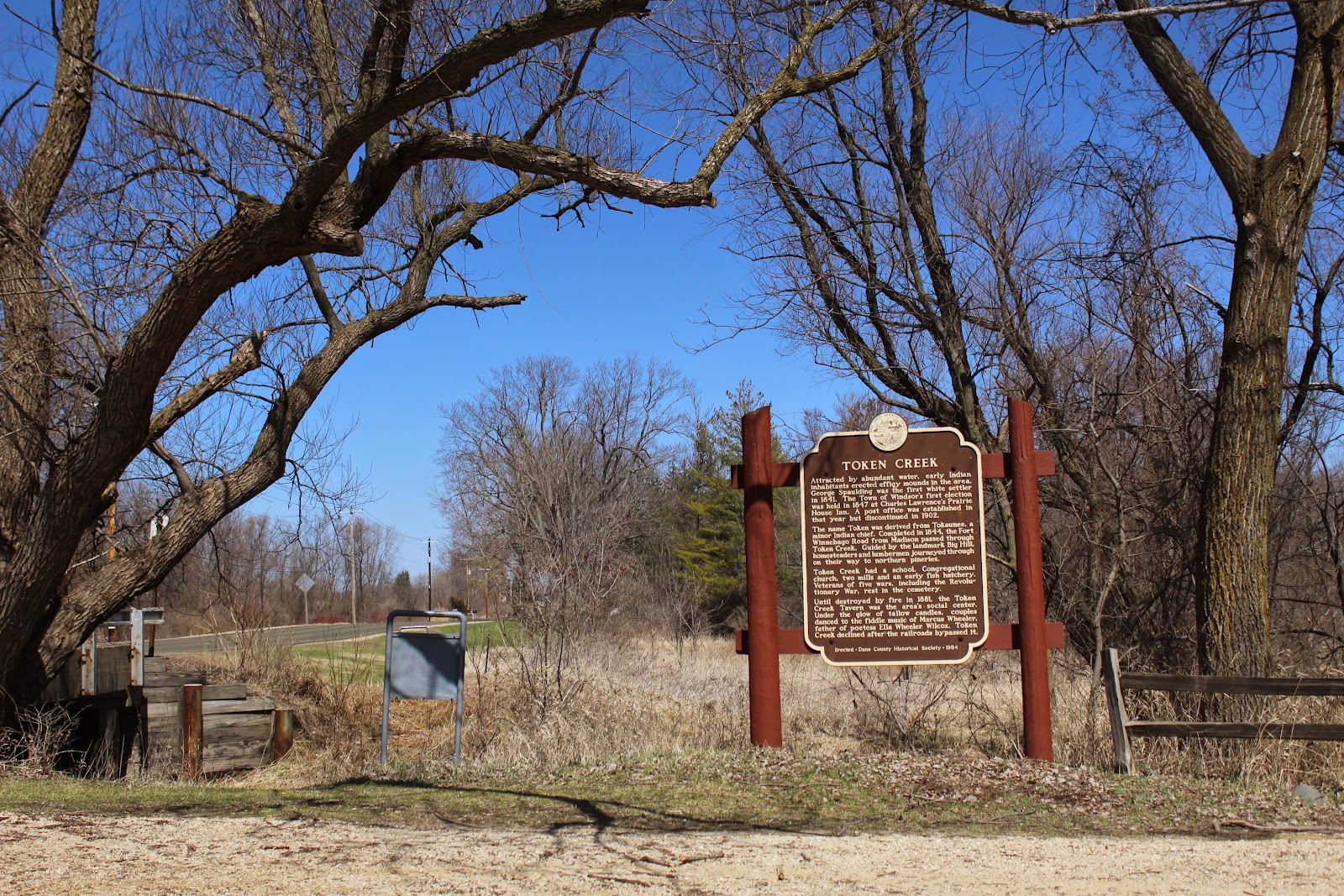 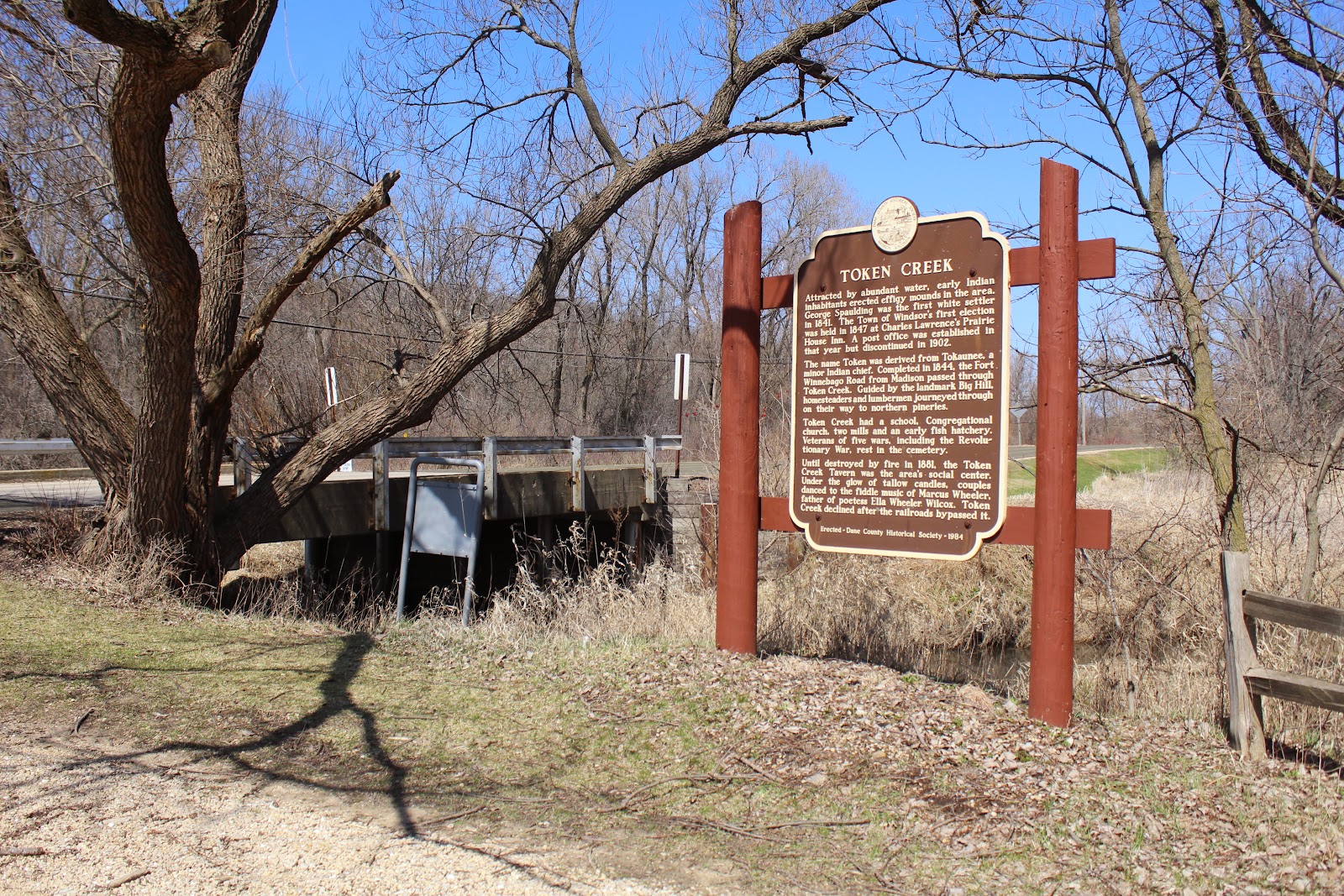 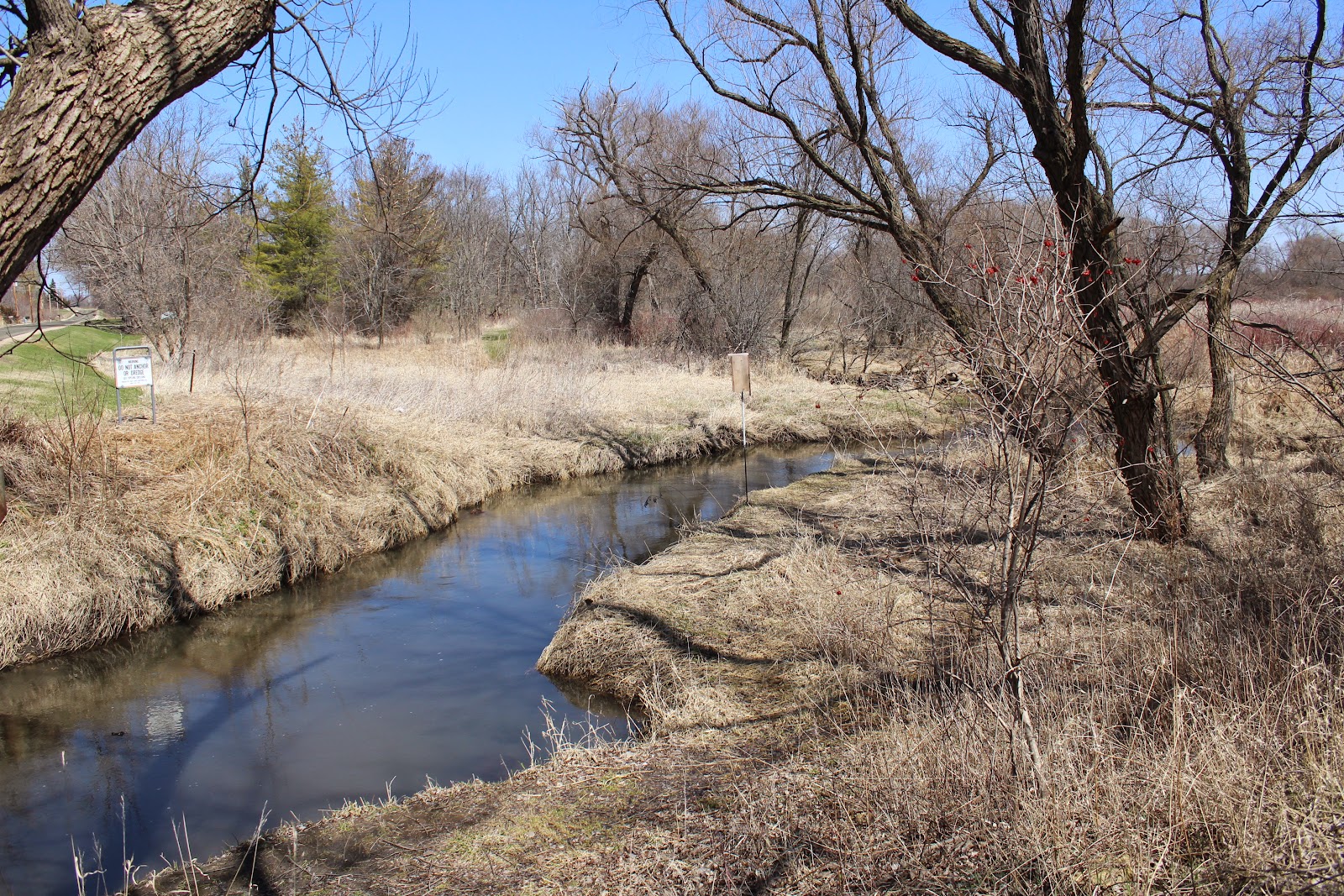 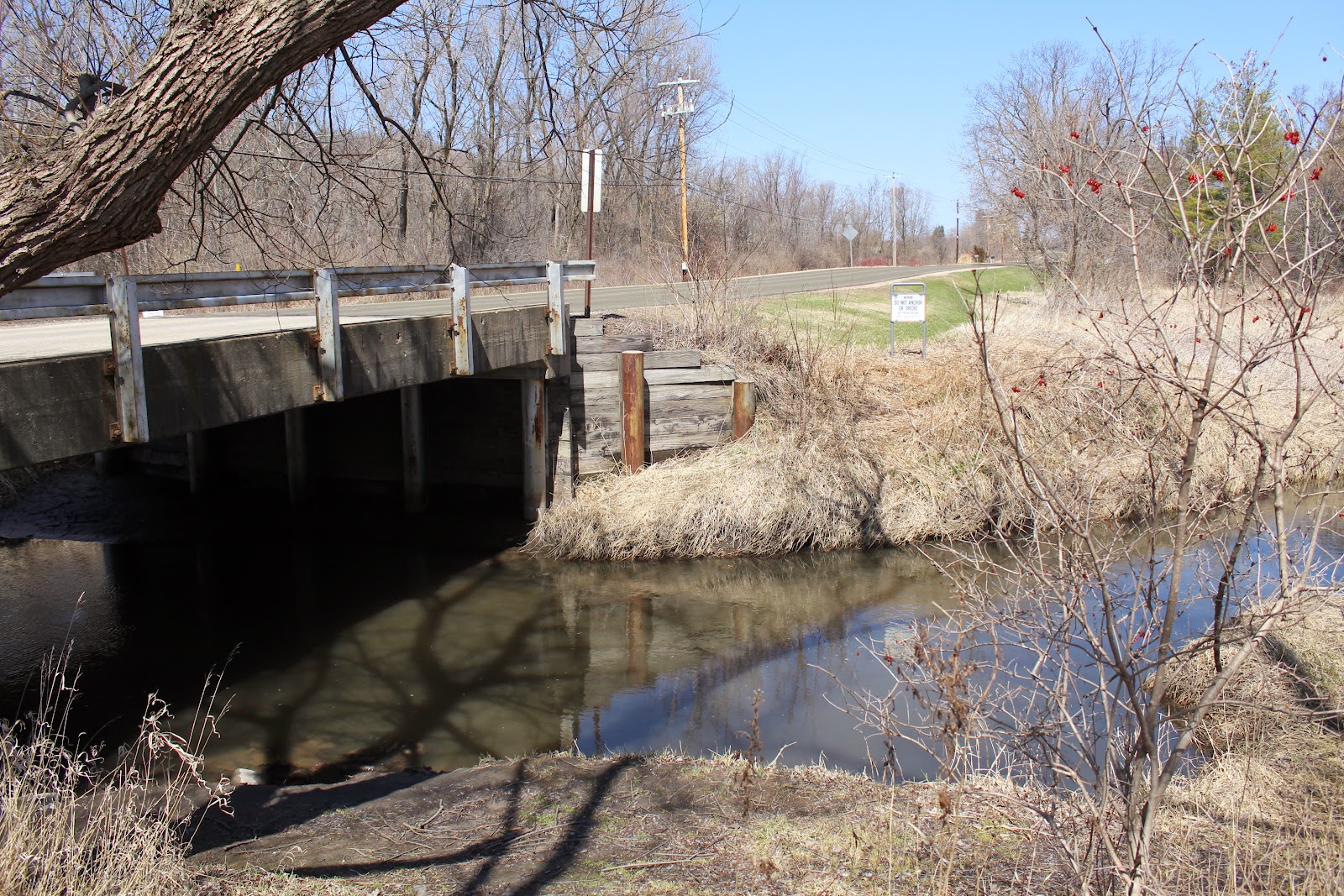 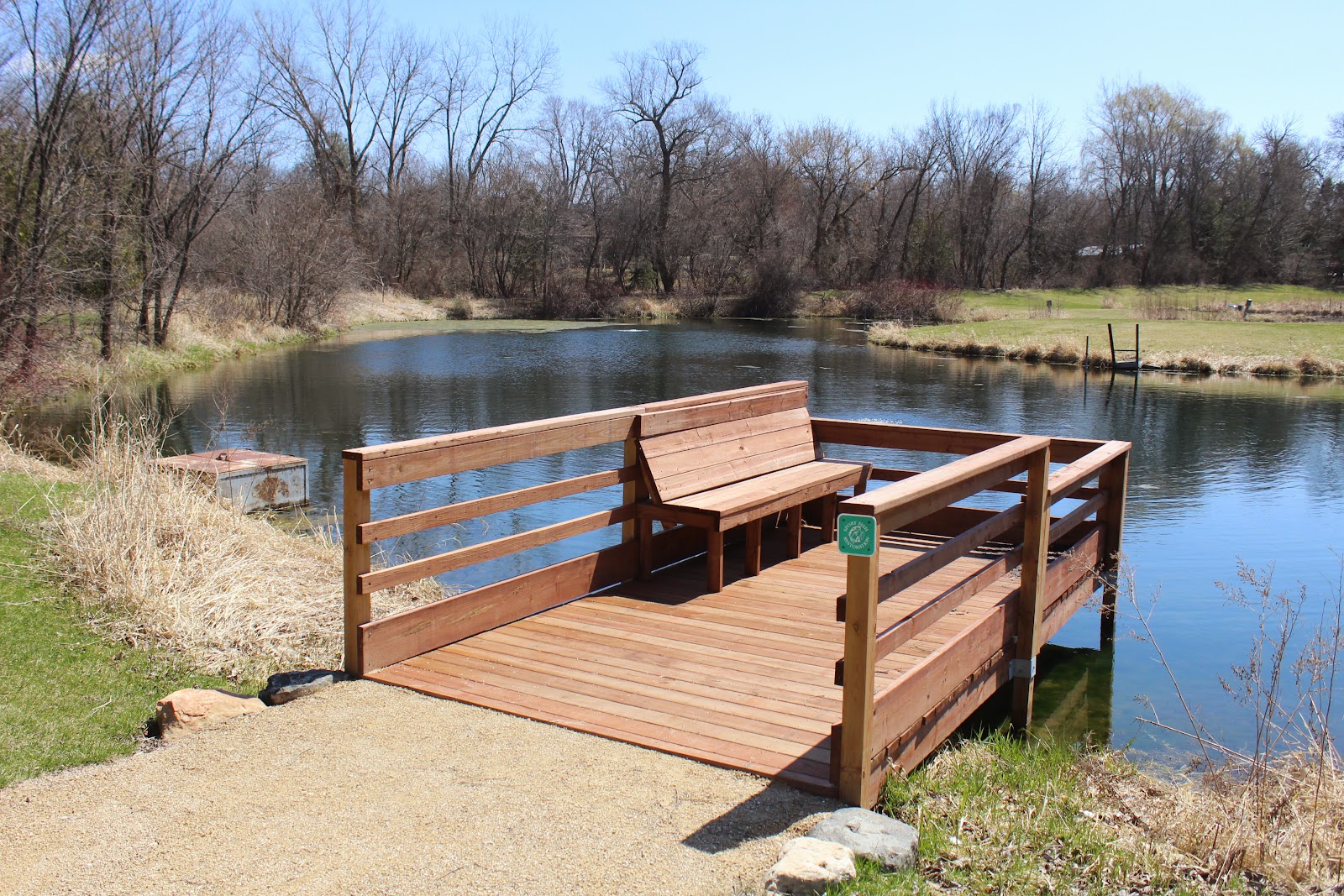 A small nearby lake, fed by Token Creek. 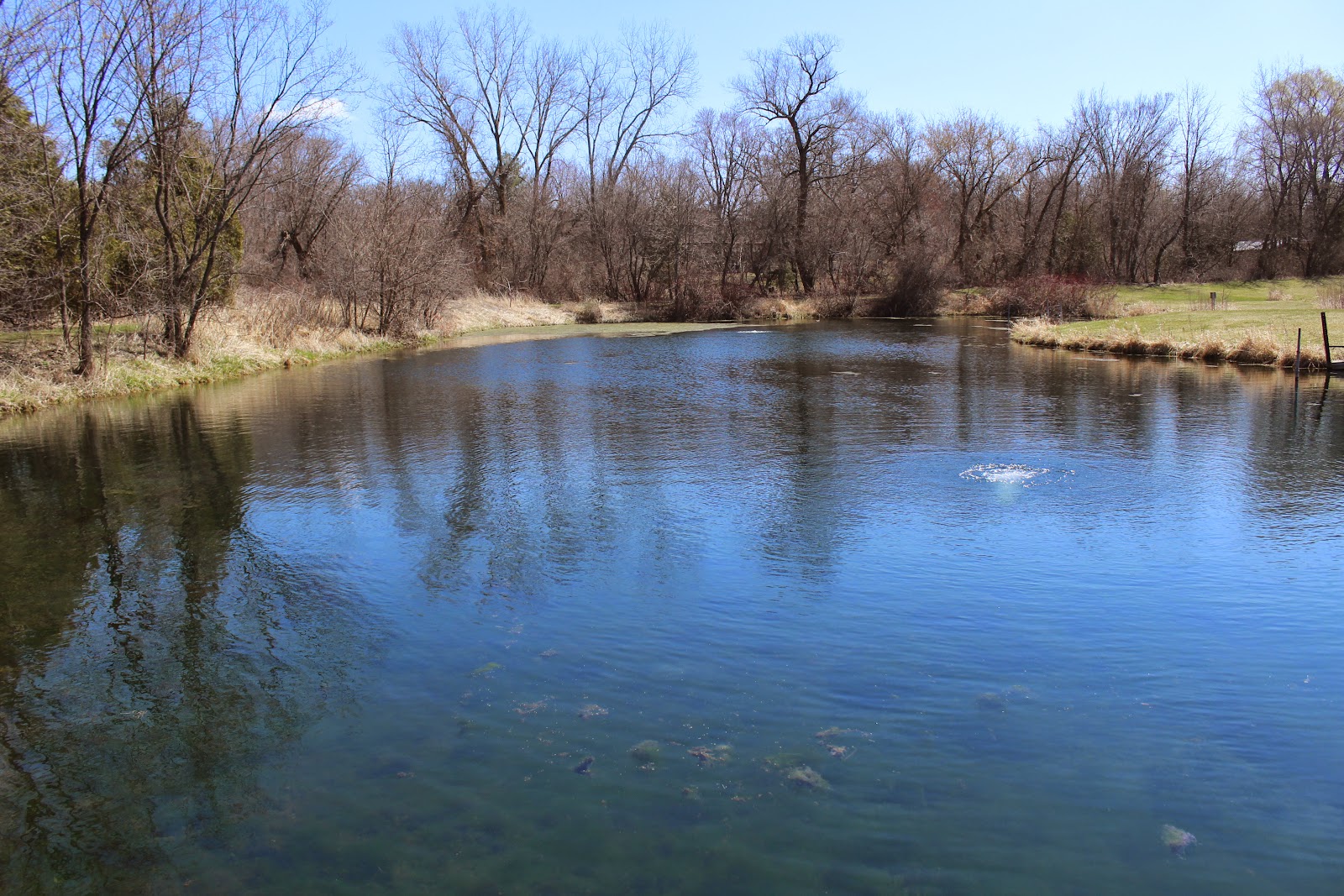 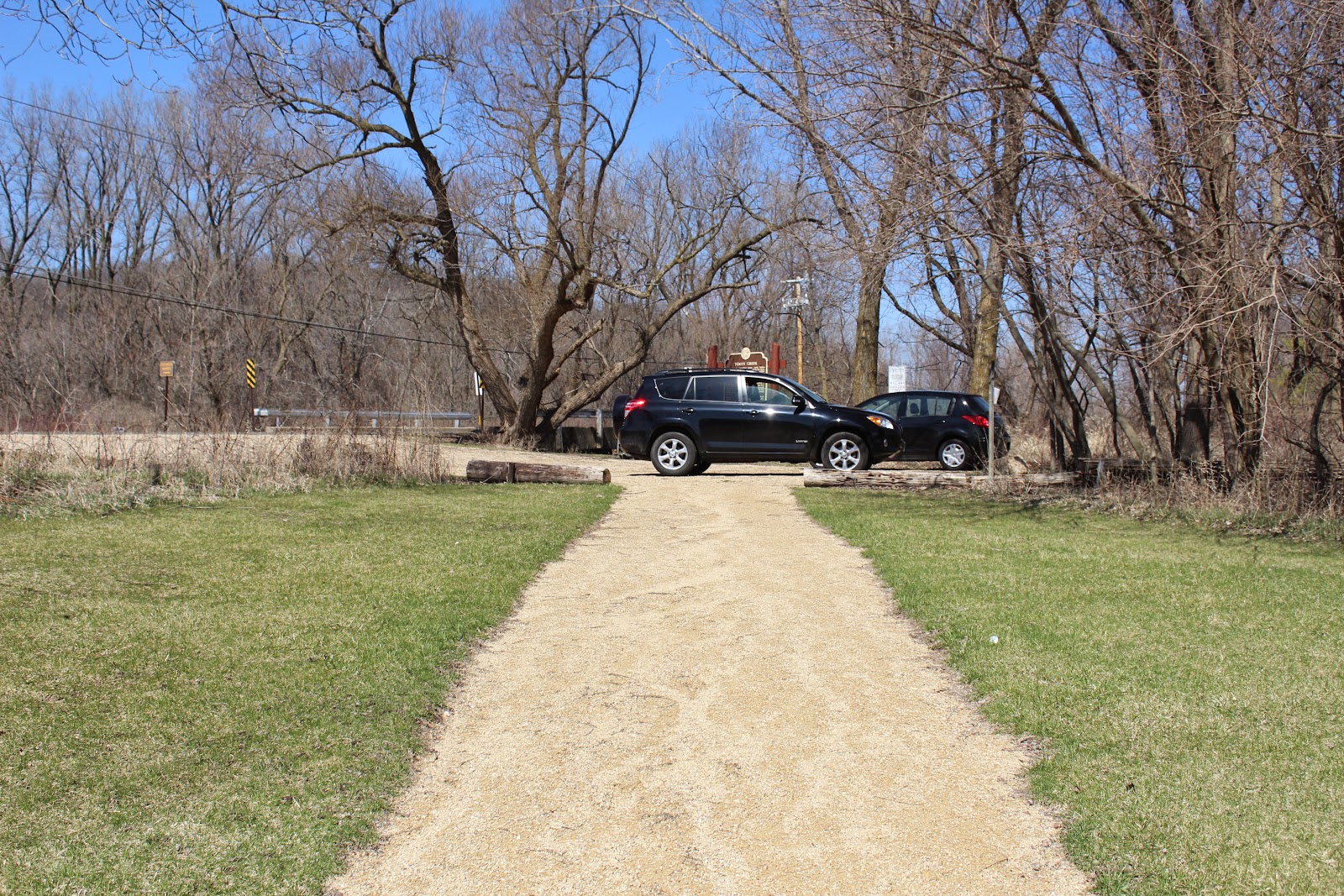 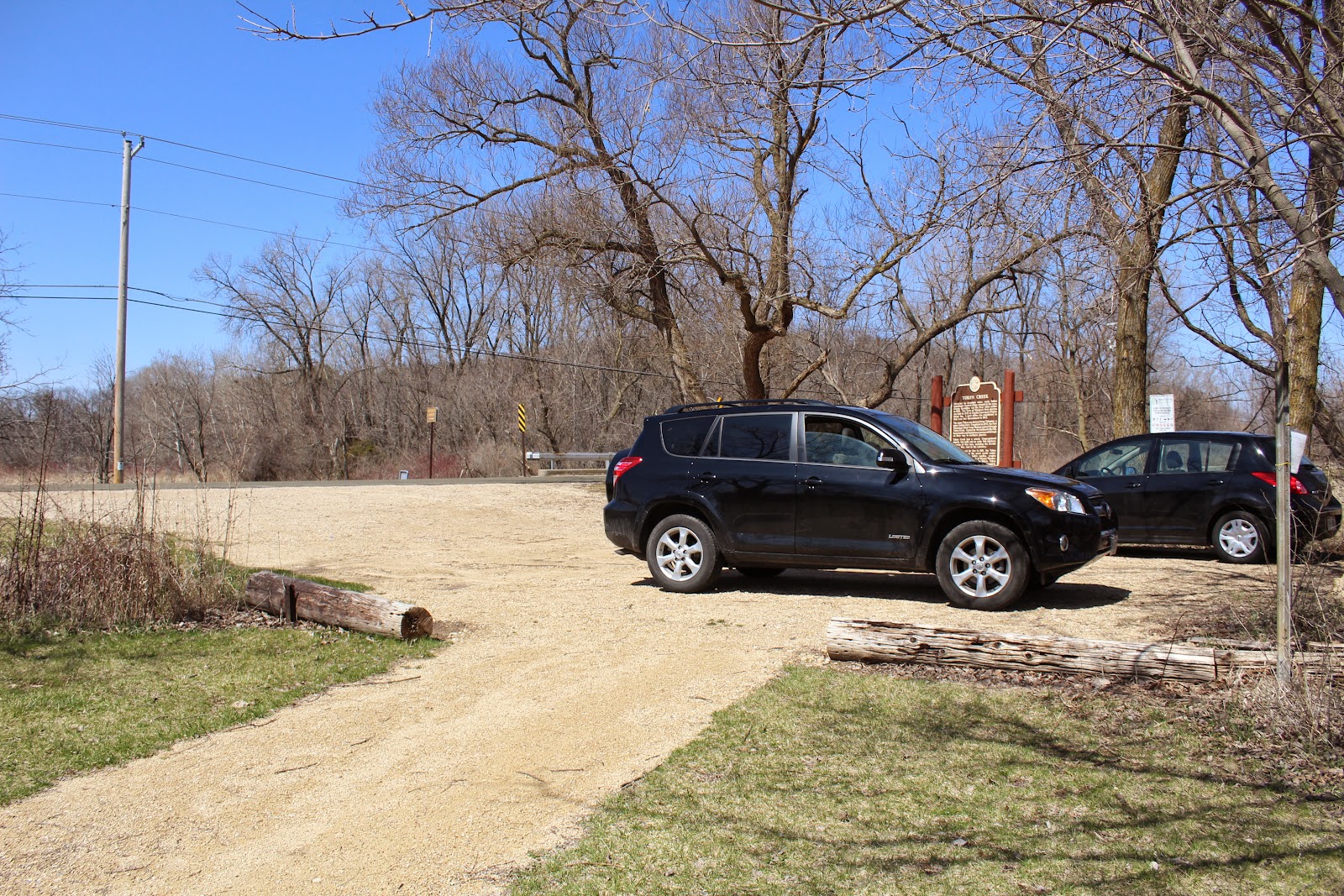 Easy to find and plenty of parking! 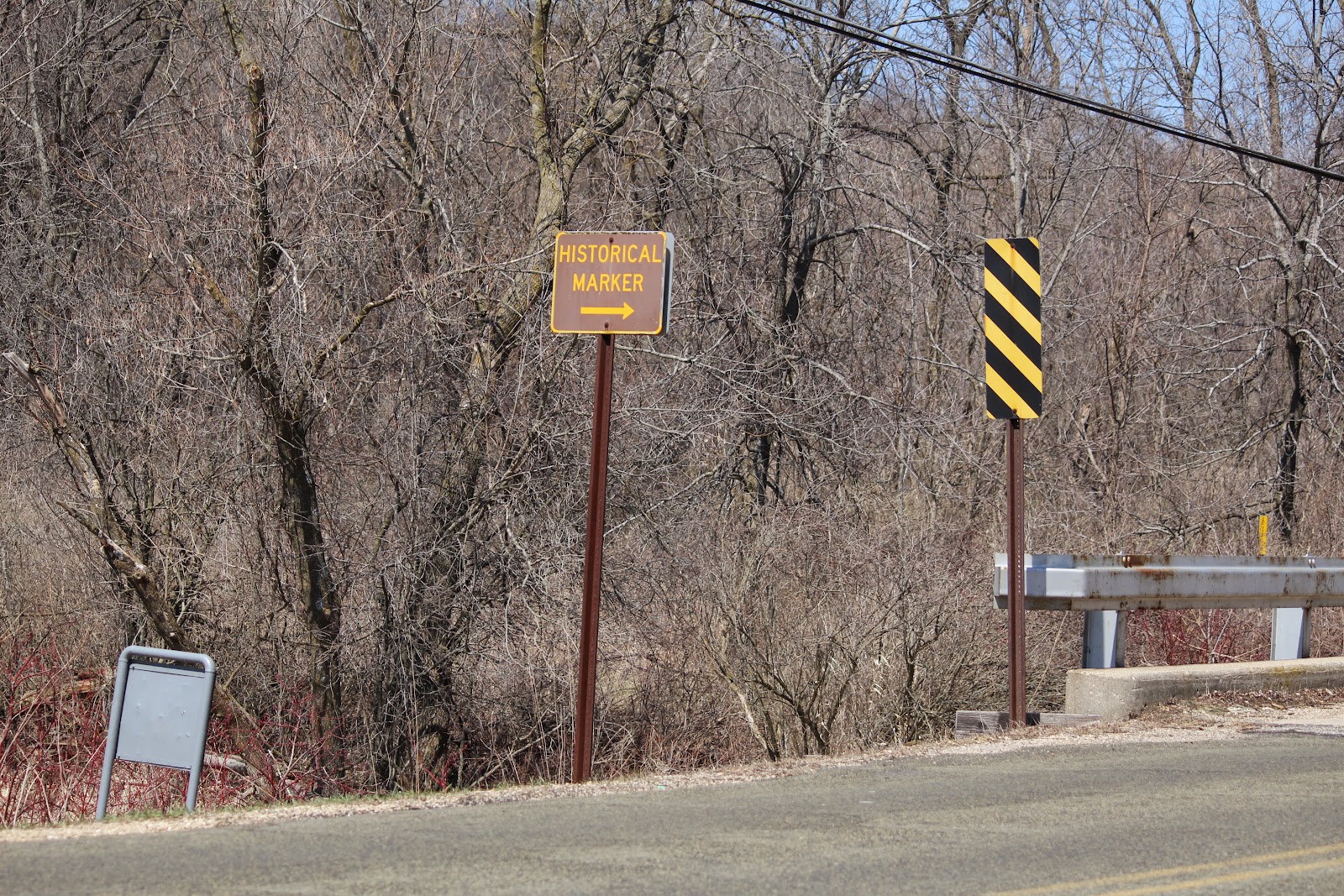 Signage across from the marker location.