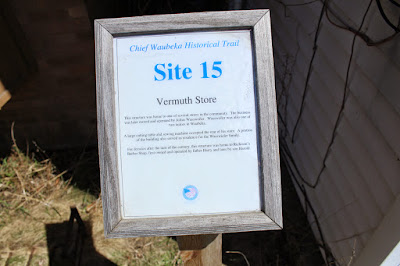 This structure was home to one of several stores in the community. The business was later owned and operated by Julius Wassweiler. Wassweiler was also one of two tailors in Waubeka.

A large cutting table and sewing machine occupied the rear of his store. A portion of the building also served as residence for the Wasswieler family.

For decades after the turn of the century, this structure was home to Richison's Barber Shop, first owned and operated by father Harry and later by son Harold.

The property is located on northbound Cigrand Avenue, between Center Street (to the south) and Memorial Drive (to the north), Waubeka, Wisconsin 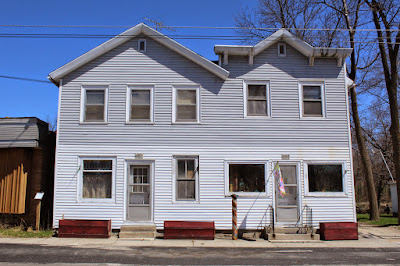 The small marker is on top of the post to the left of the building.