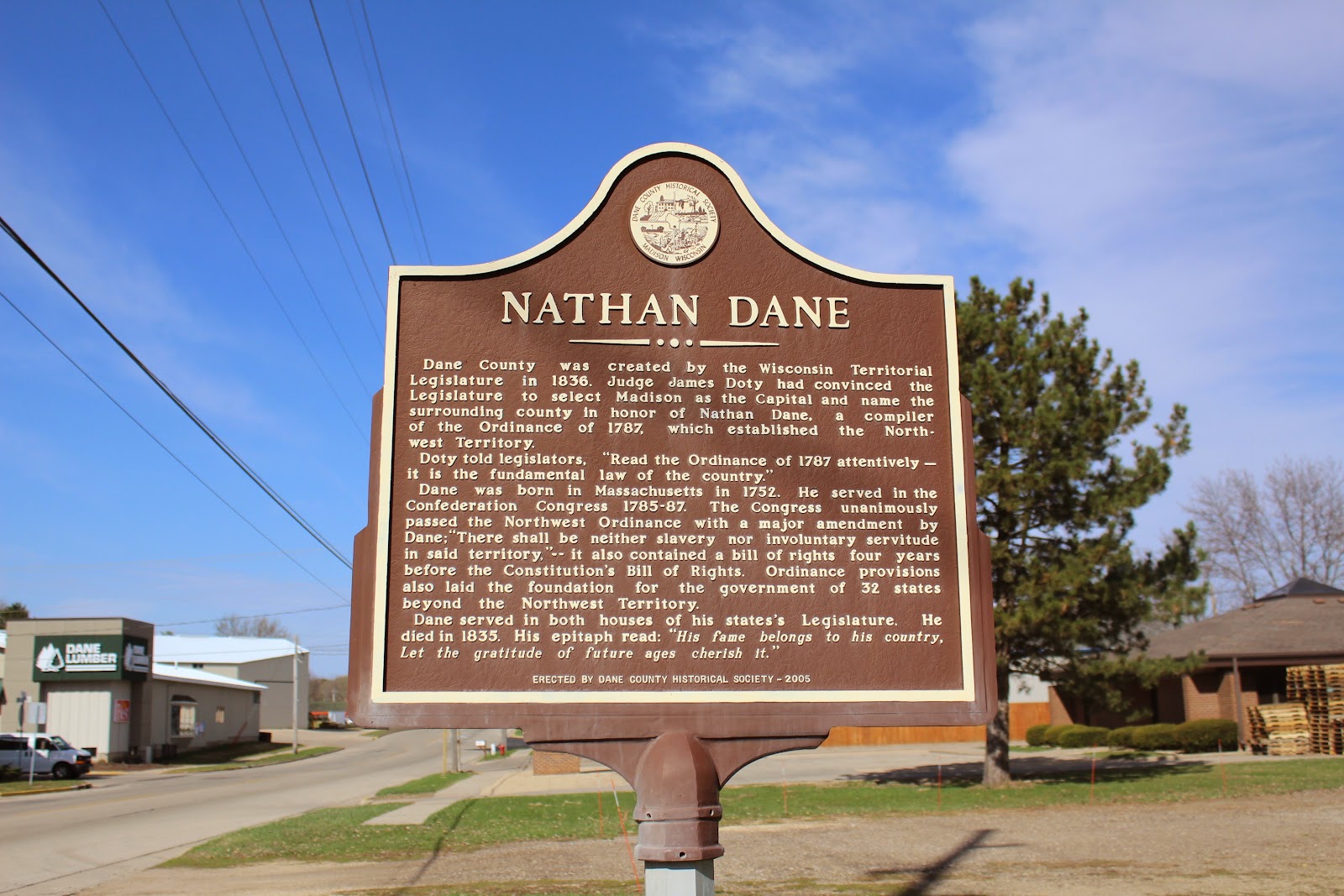 Dane County was created by the Wisconsin Territorial Legislature in 1836. Judge James Doty had convinced the Legislature to select Madison as the Capital and name the surrounding county in honor of Nathan Dane, a compiler of the Ordinance of 1787, which established the Northwest Territory.

Doty told legislators, "Read the Ordinance of 1787 attentively -- it is the fundamental law of the country."

Dane was born in Massachusetts in 1752. He served in the Confederation Congress 1785-87. The Congress unanimously passed the Northwest Ordinance with a major amendment by Dane: "There shall be neither slavery nor involuntary servitude in said territory," -- it also contained a bill of rights four years before the Constitution's Bill of Rights. Ordinance provision also laid the foundation for the government of 32 states beyond the Northwest Territory.

Dane served in both houses of his state's Legislature. He died in 1835. His epitaph read: "His fame belongs to his country. Let the gratitude of future ages cherish it."

The marker is located at a small park on westbound East Main Street / Wisconsin Route 113 / County Road V, about a mile west of its intersection with Madgan  Road, at or near 306 East Main Street, Dane, Wisconsin 53529.

Wikipedia: Nathan Dane
Dane County, Wisconsin, formed in 1836, was named in honor of Nathan Dane, as were the Town and Village of Dane (both in Dane County).

The marker is No. 41 in the Dane County Historical Society Markers Series. 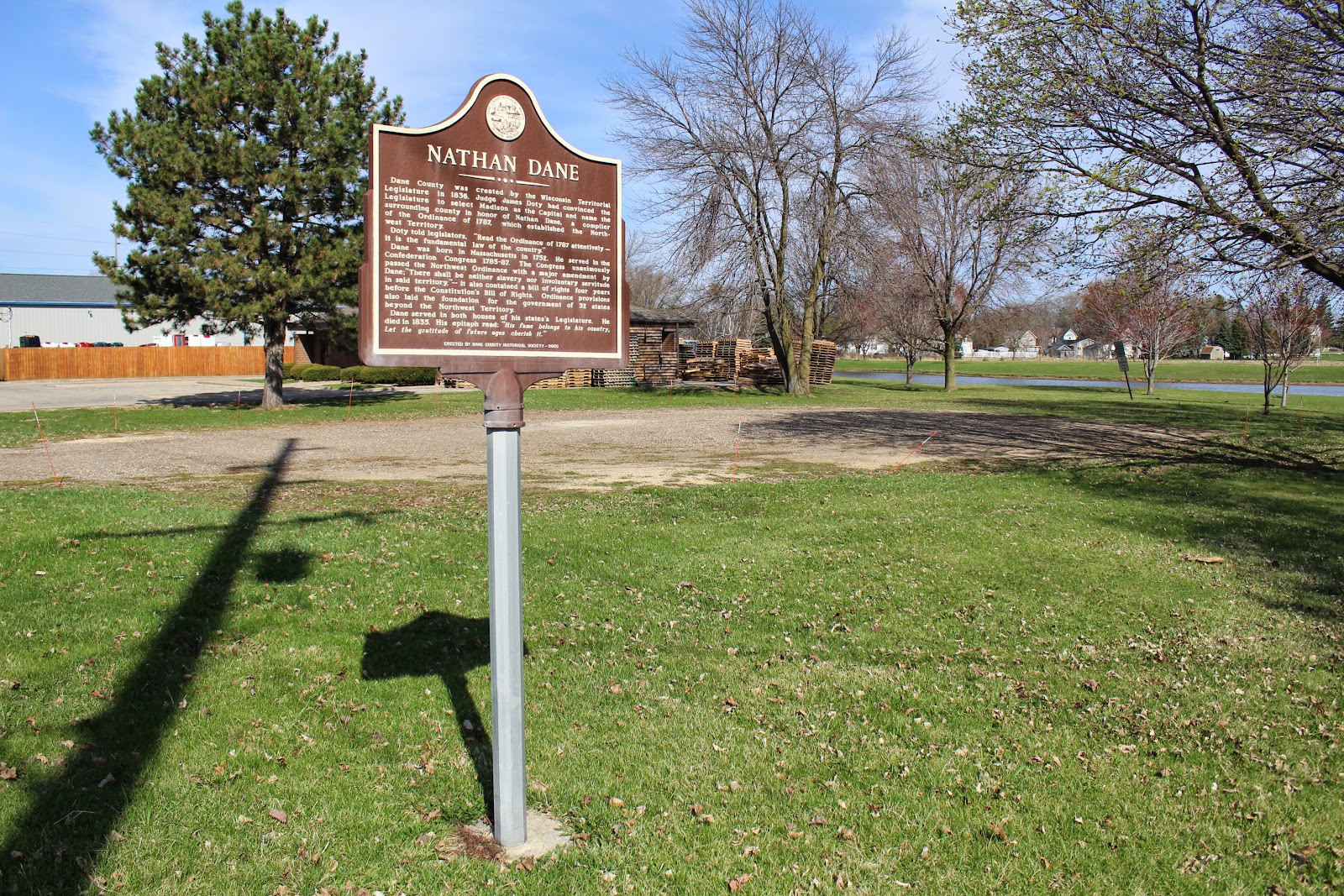 Nathan Dane Painting, by Chester Harding (1792-1866)
This media file is in the public domain.
Click here for more information. 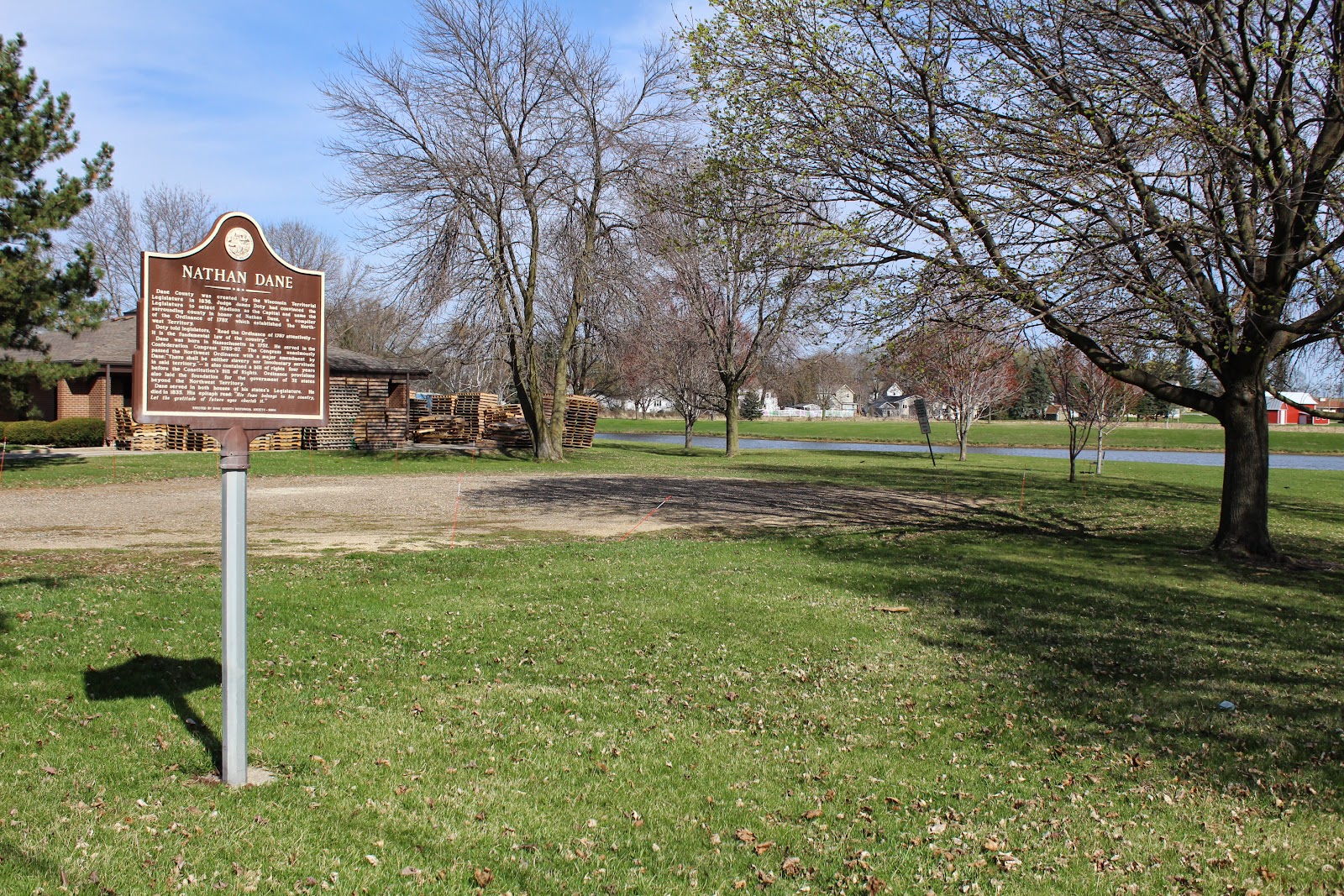 With Lake Melvin visible to the right. 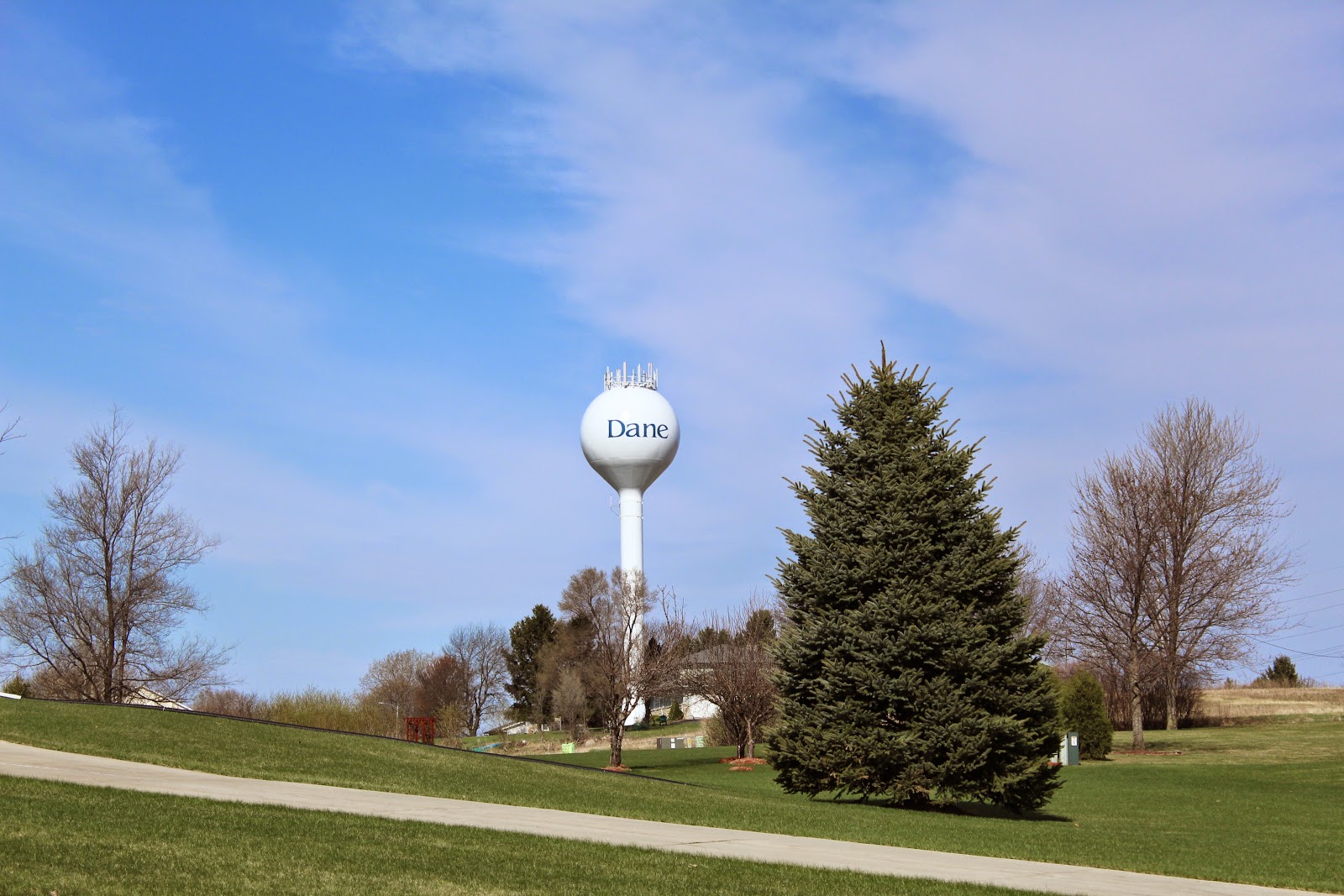 The marker is located in Dane, Wisconsin.