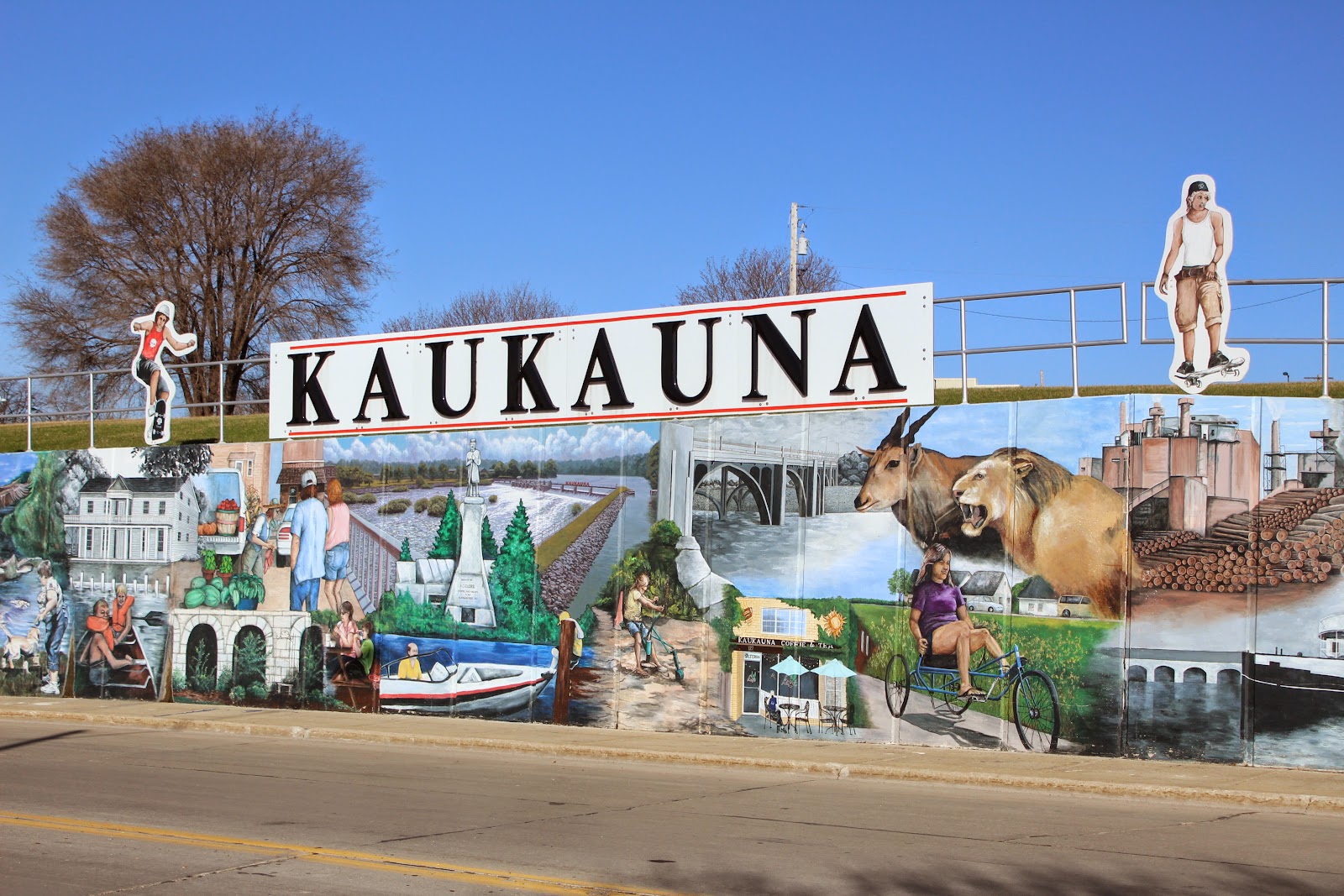 The mural is located on southbound Catherine Street, south of its V-intersection with Taylor Street and Canal Street, Kaukauna, Wisconsin 54130.

NOTE: The mural was painted by volunteers led by Kaukauna high school art teacher Sue Grissman. The mural covers a 280-foot wall with scenes depicting the history of Kaukauna; the mural took four years to complete. 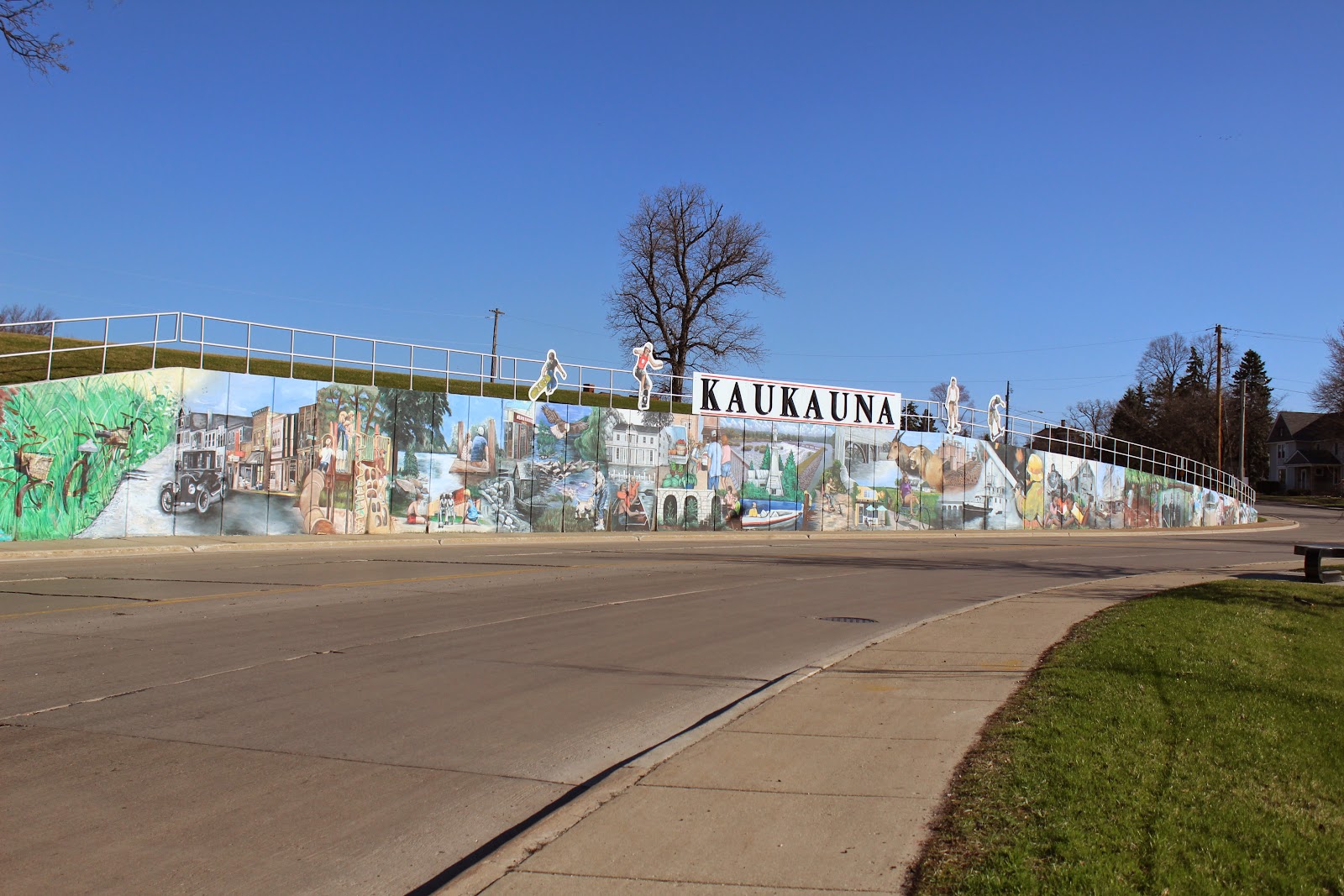 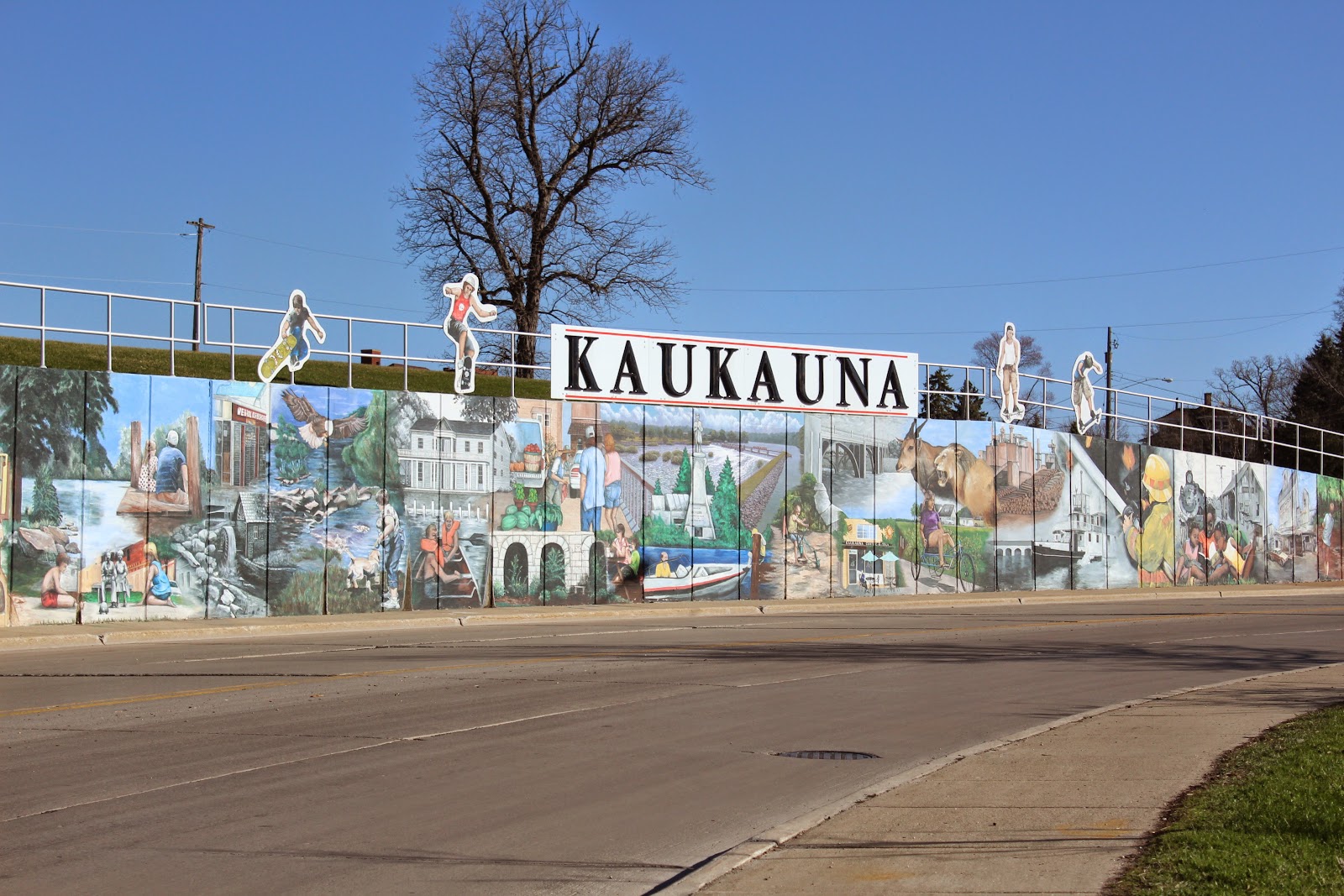 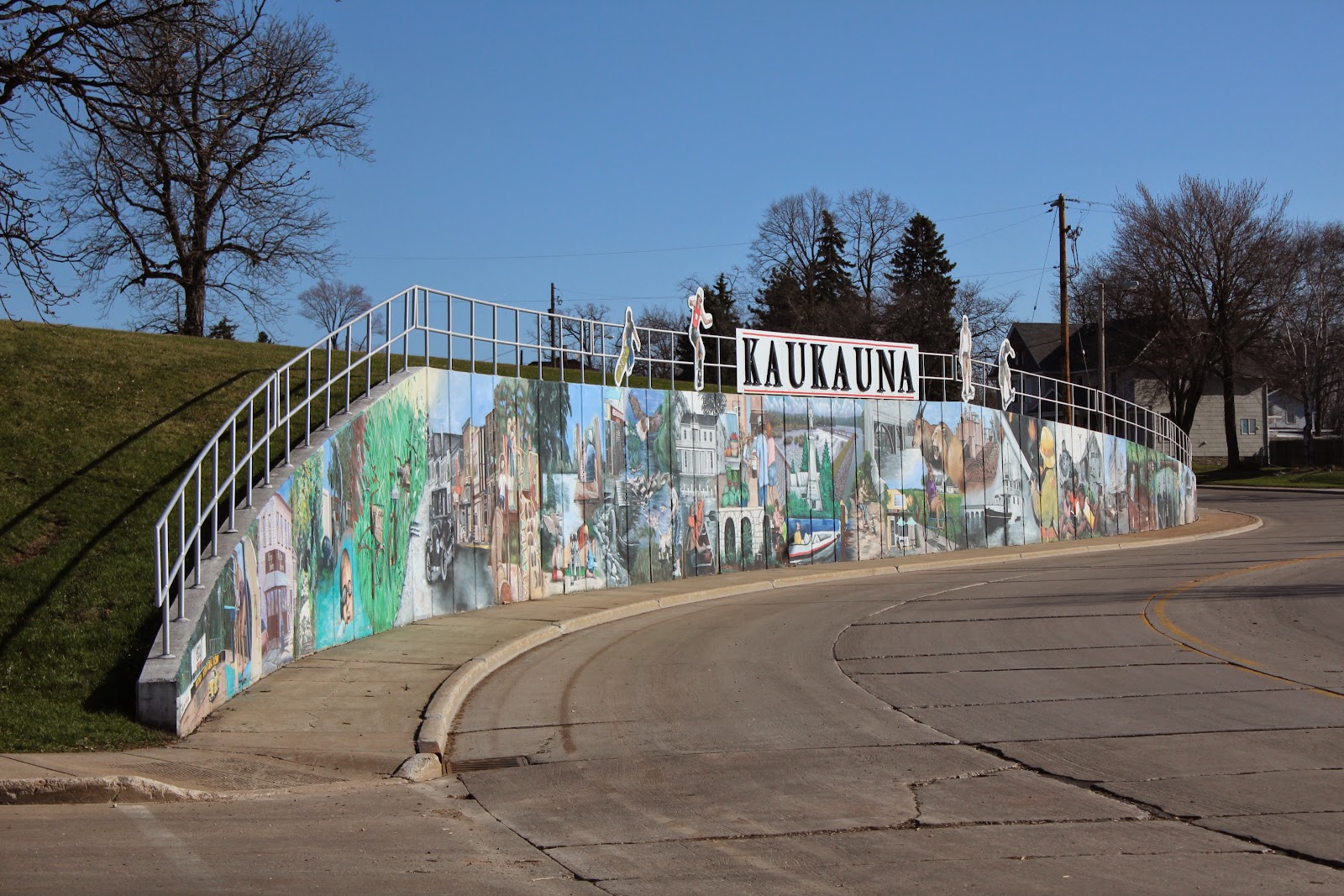 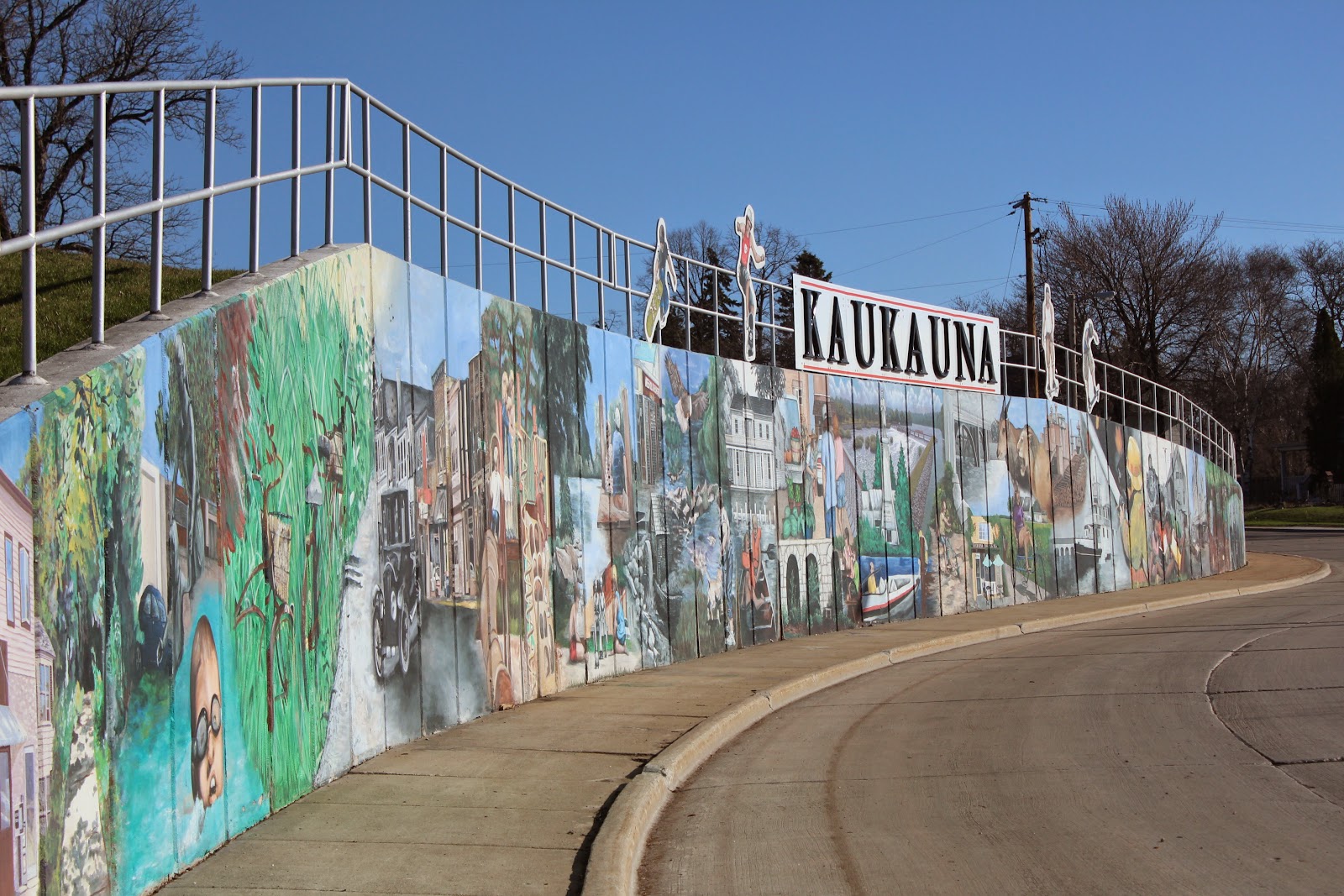 Moving from left to right across the mural: 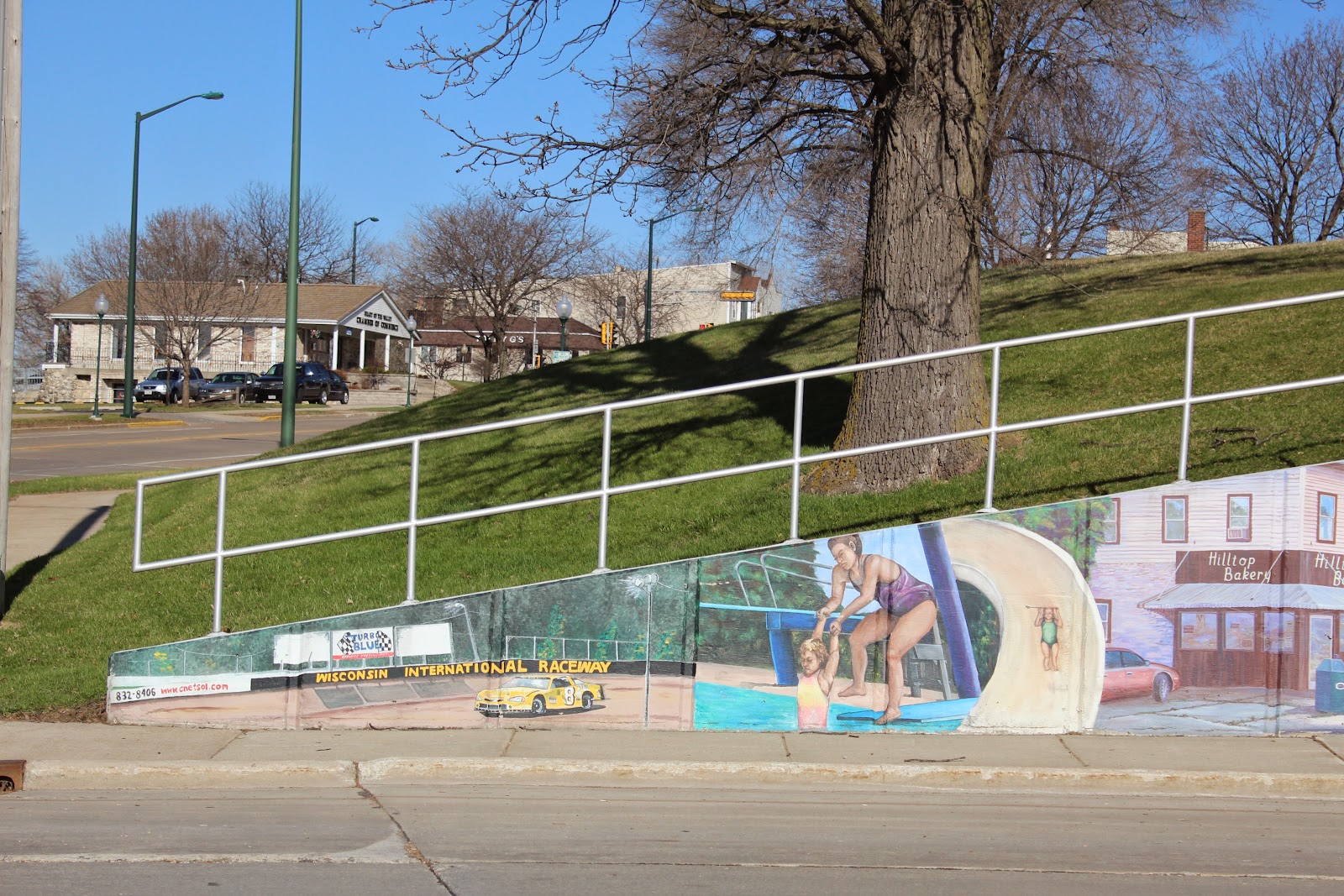 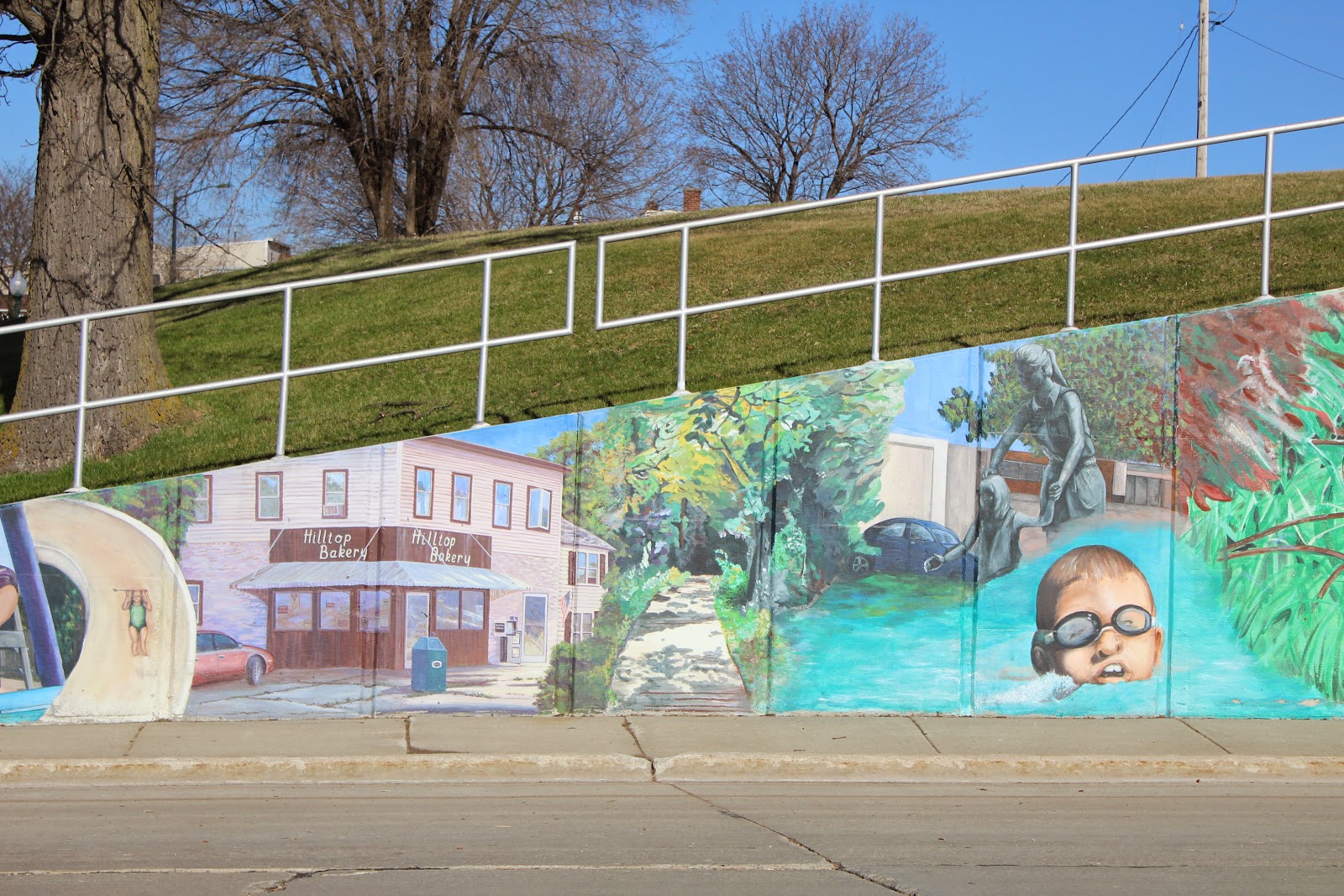 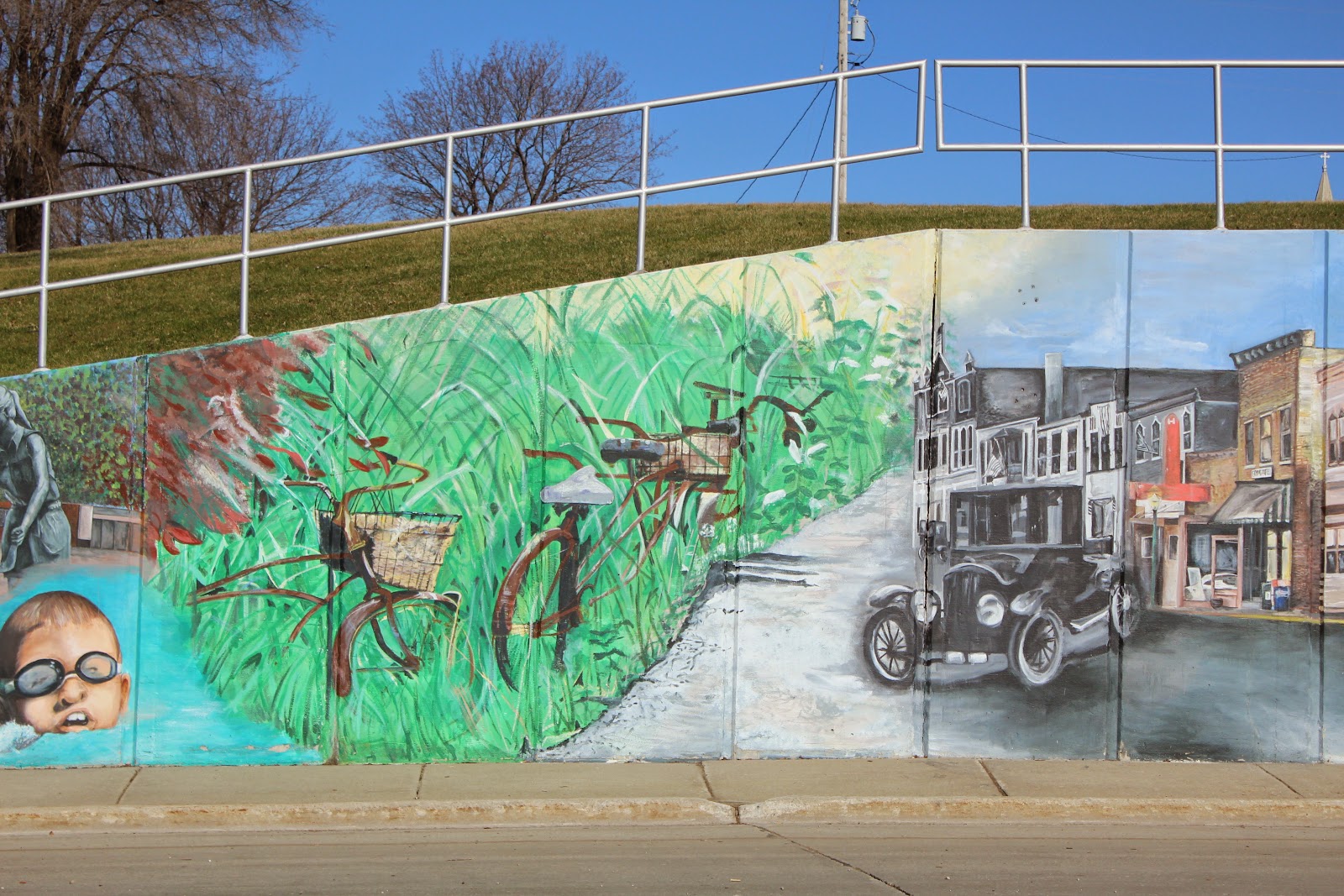 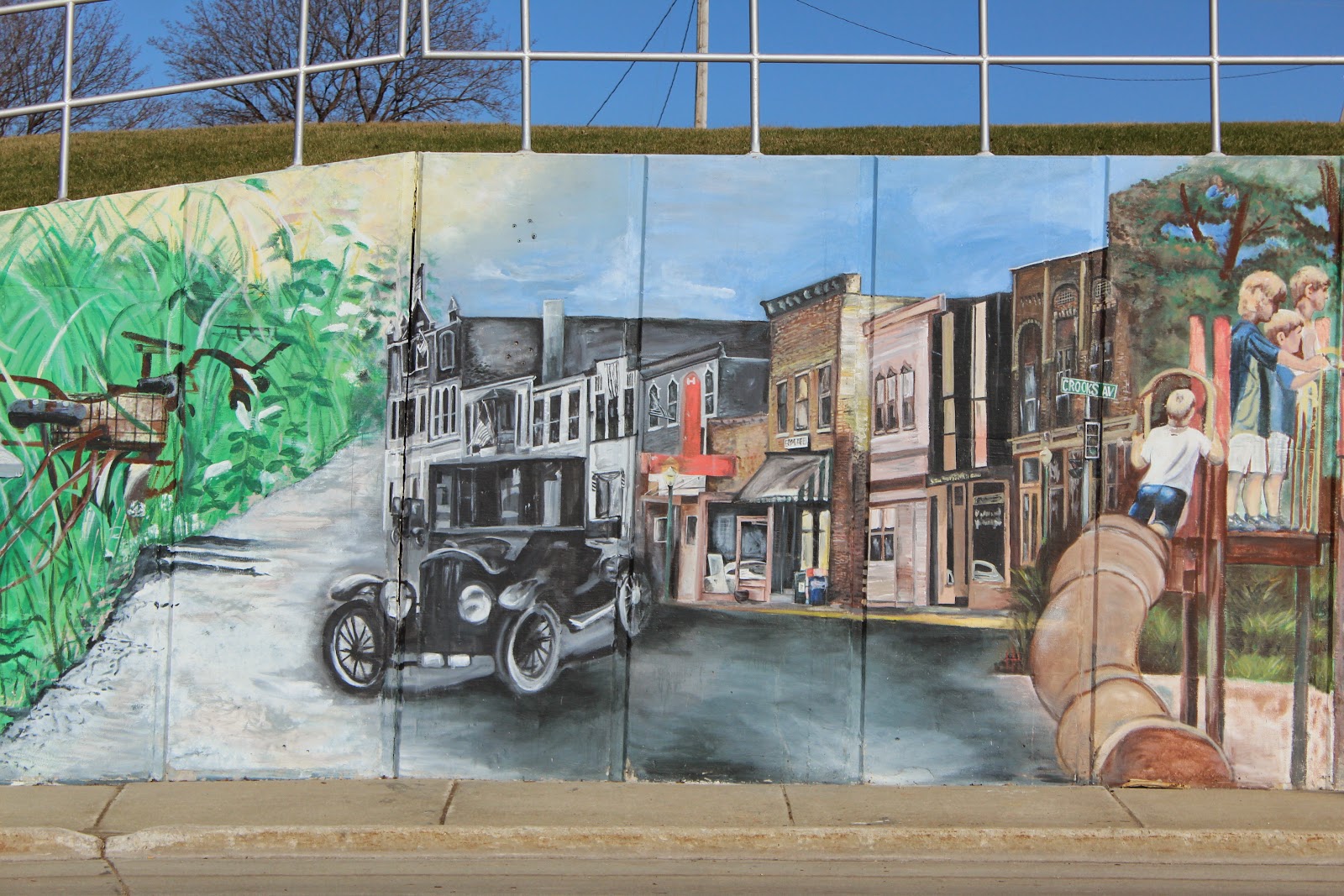 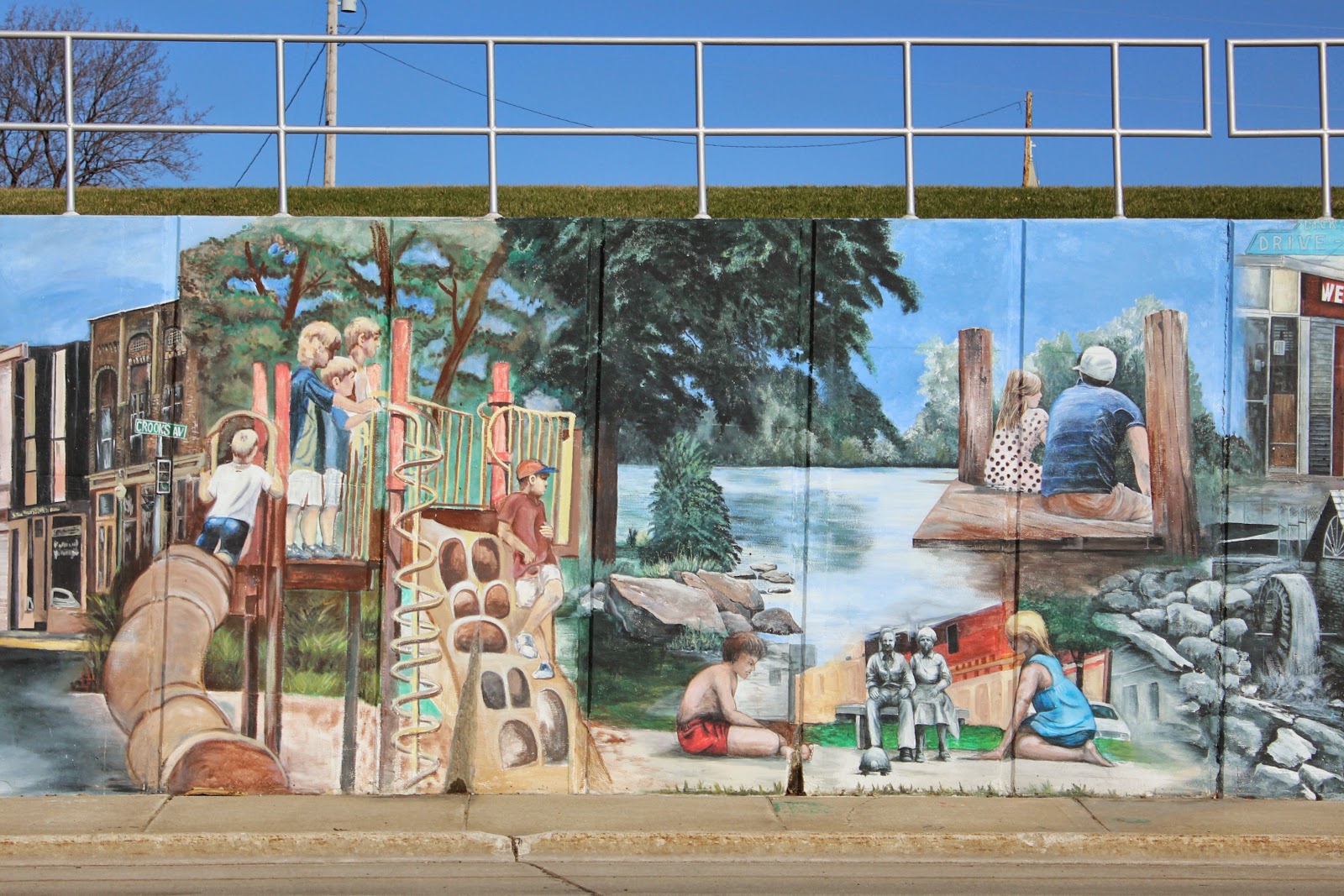 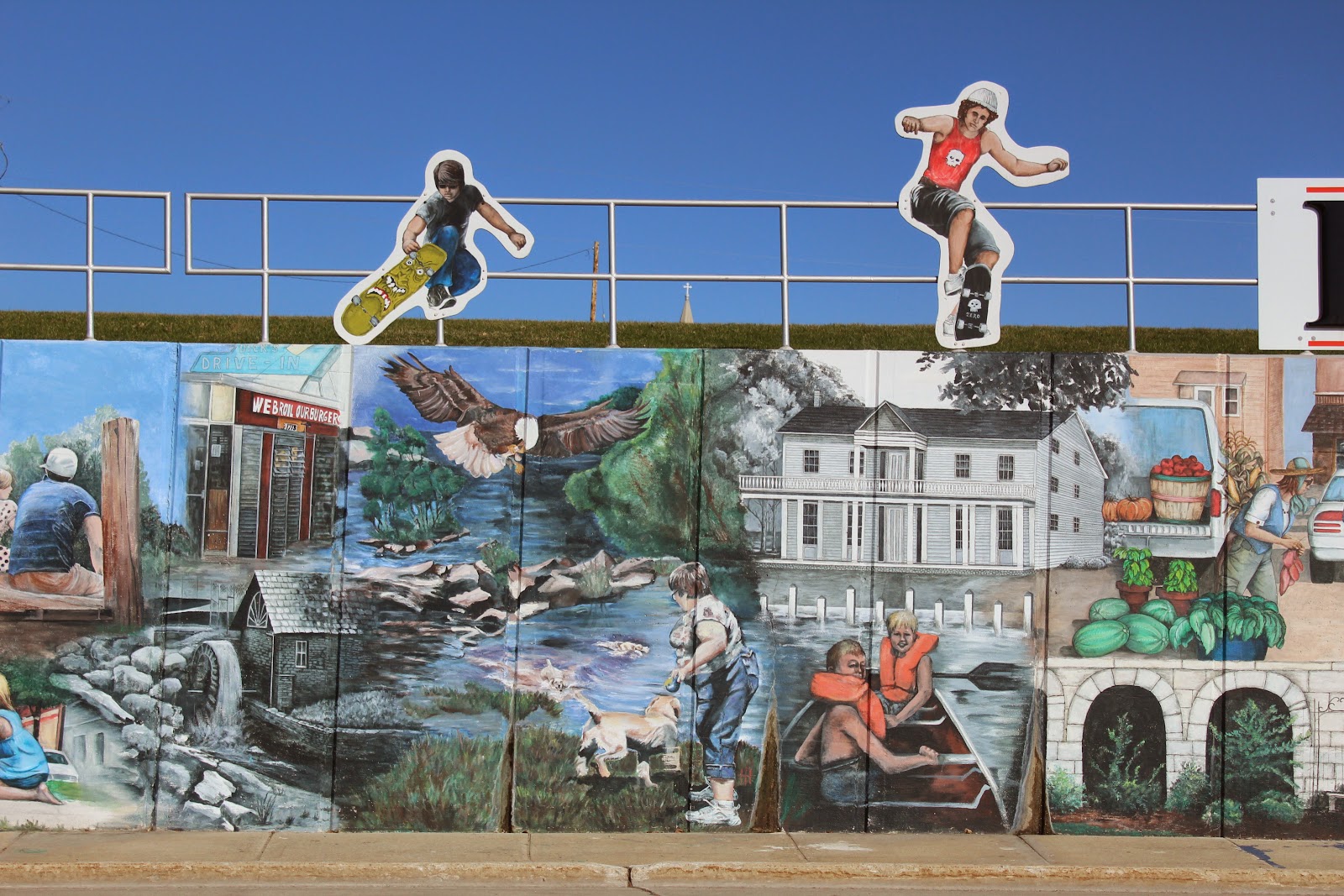 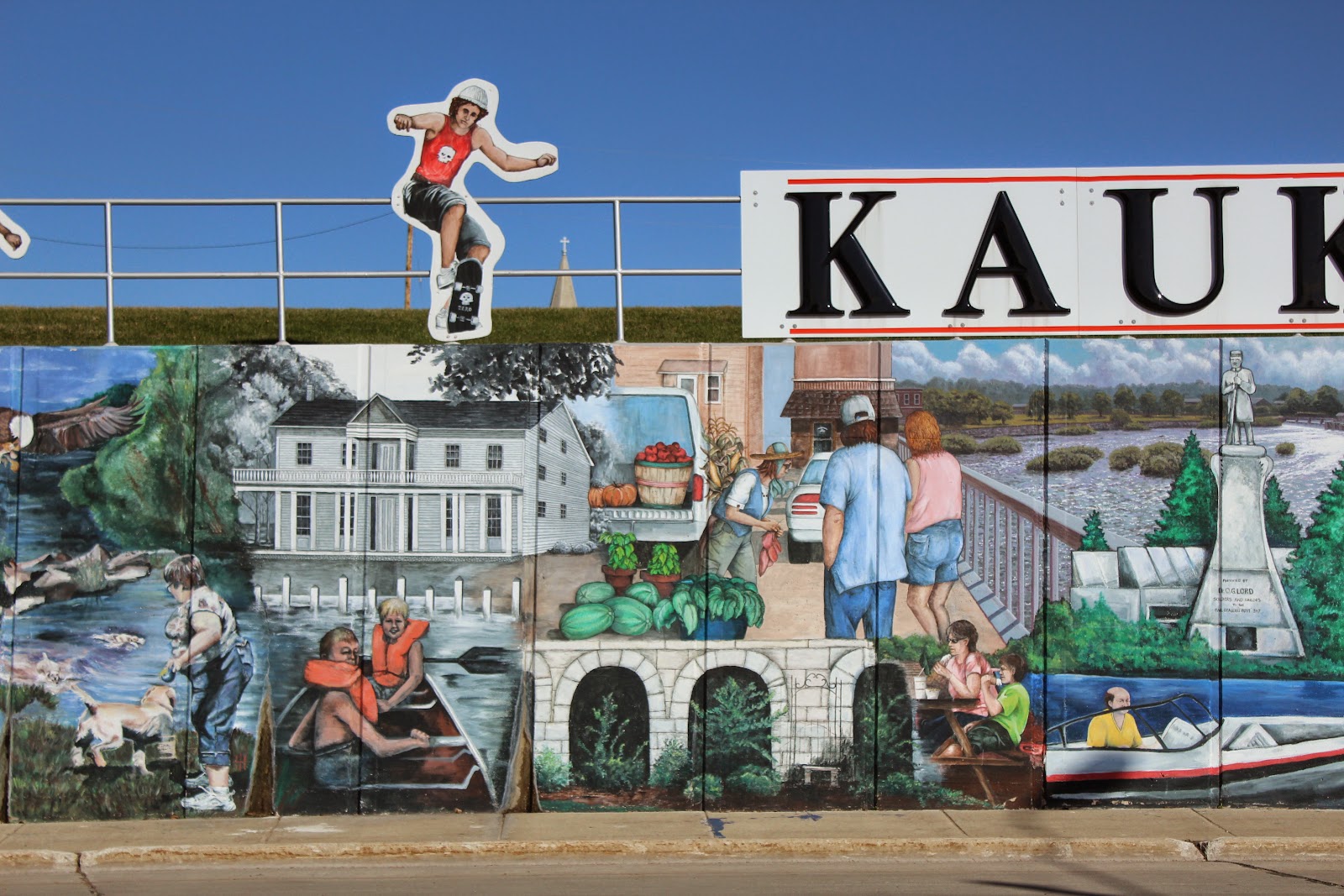 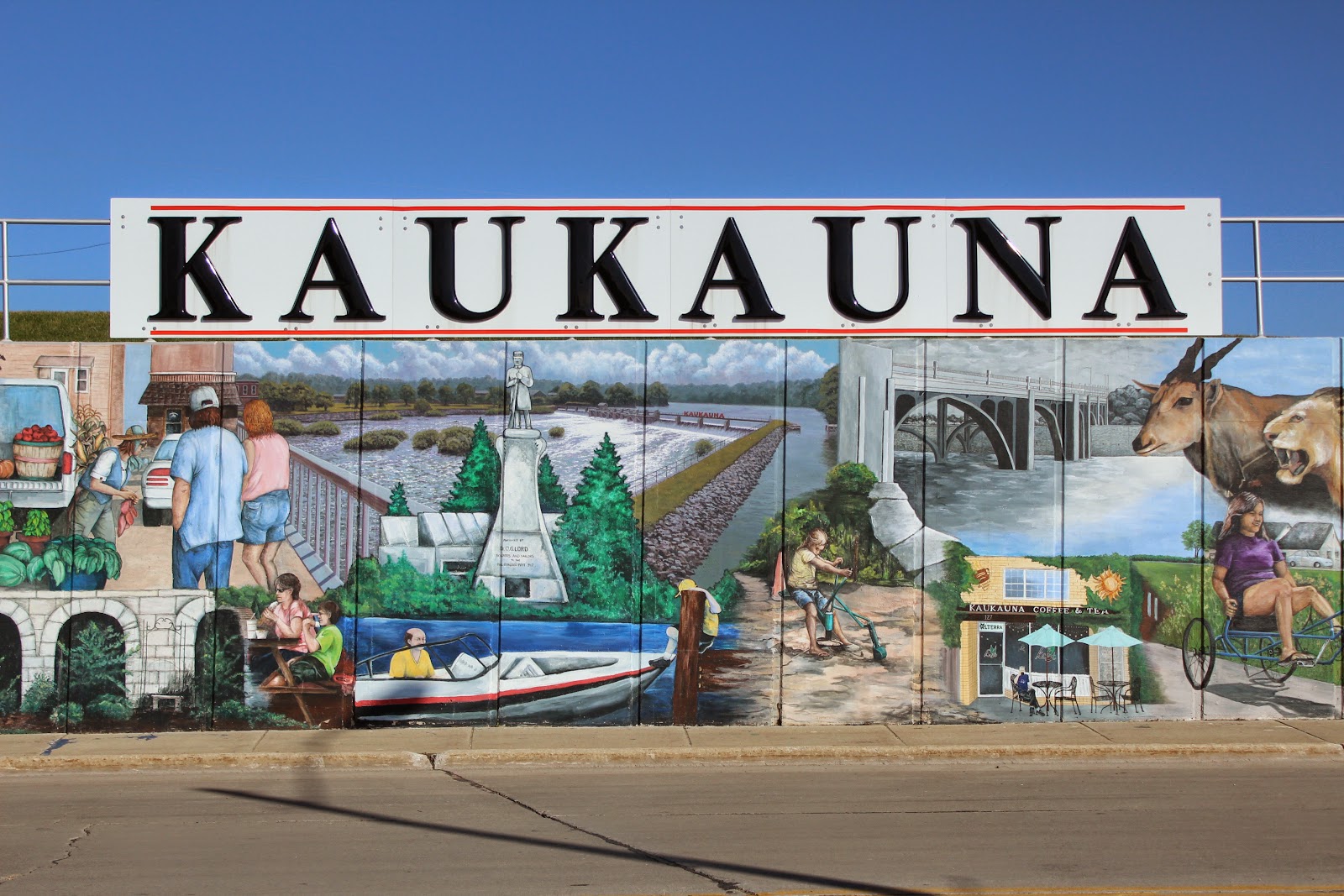 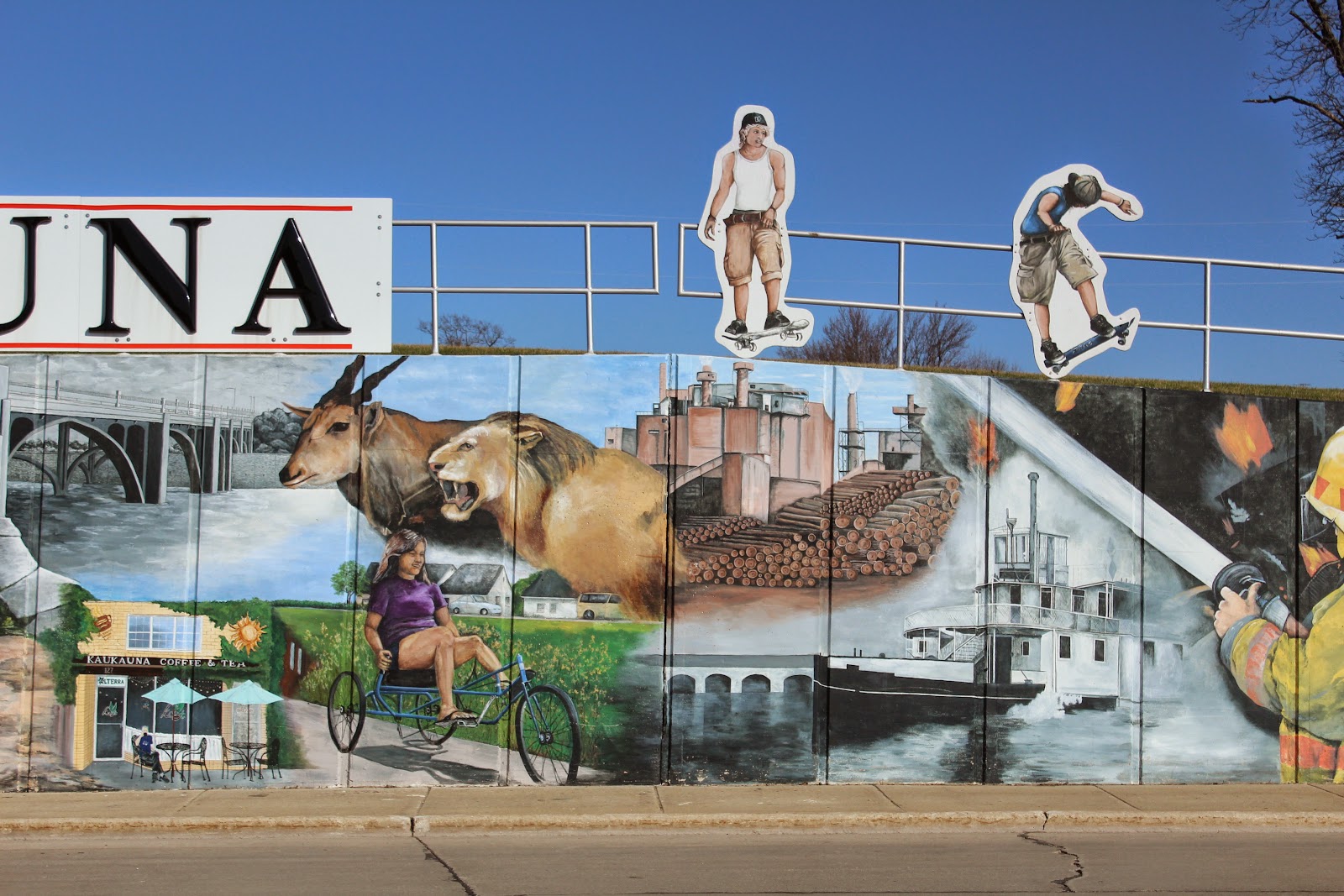 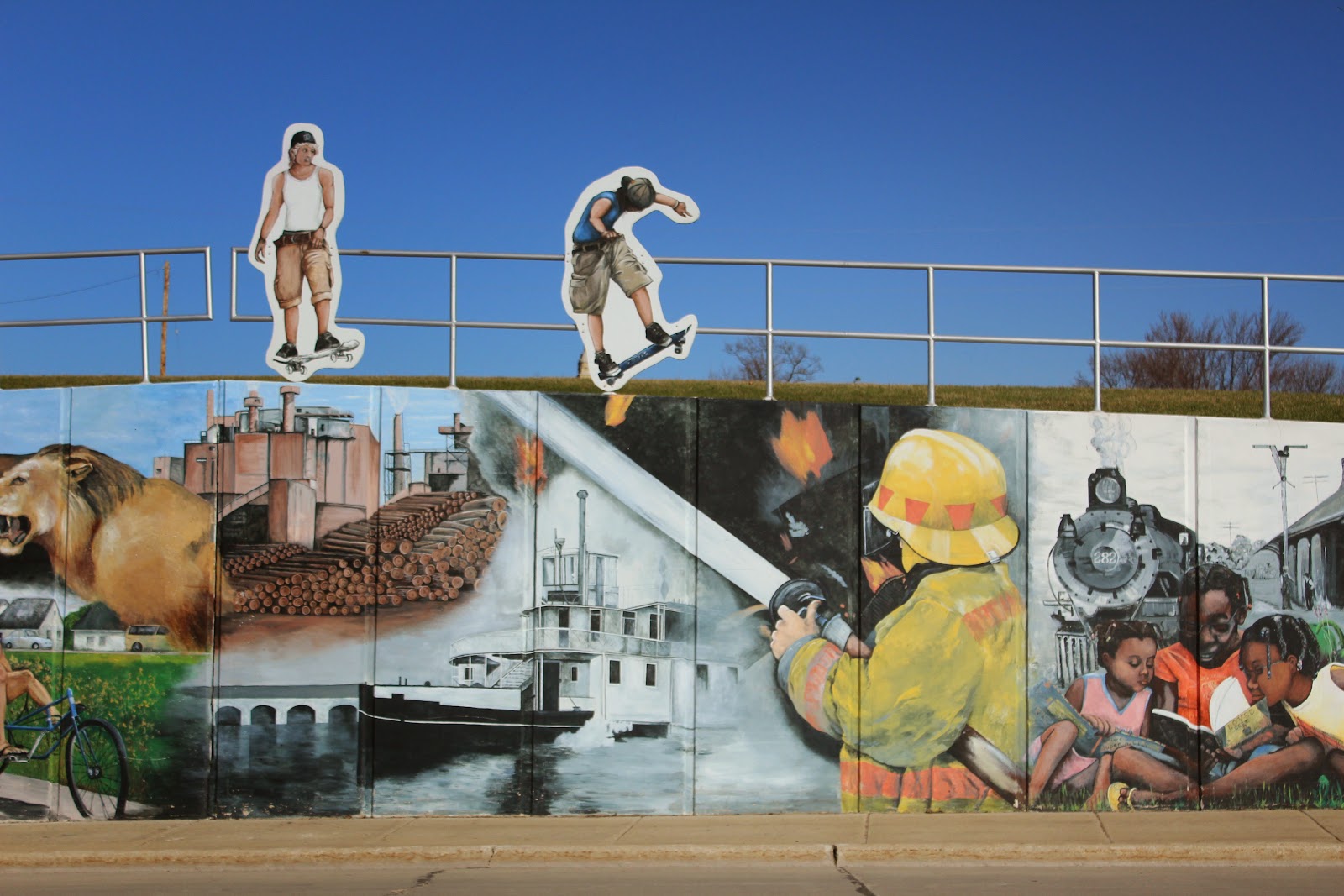 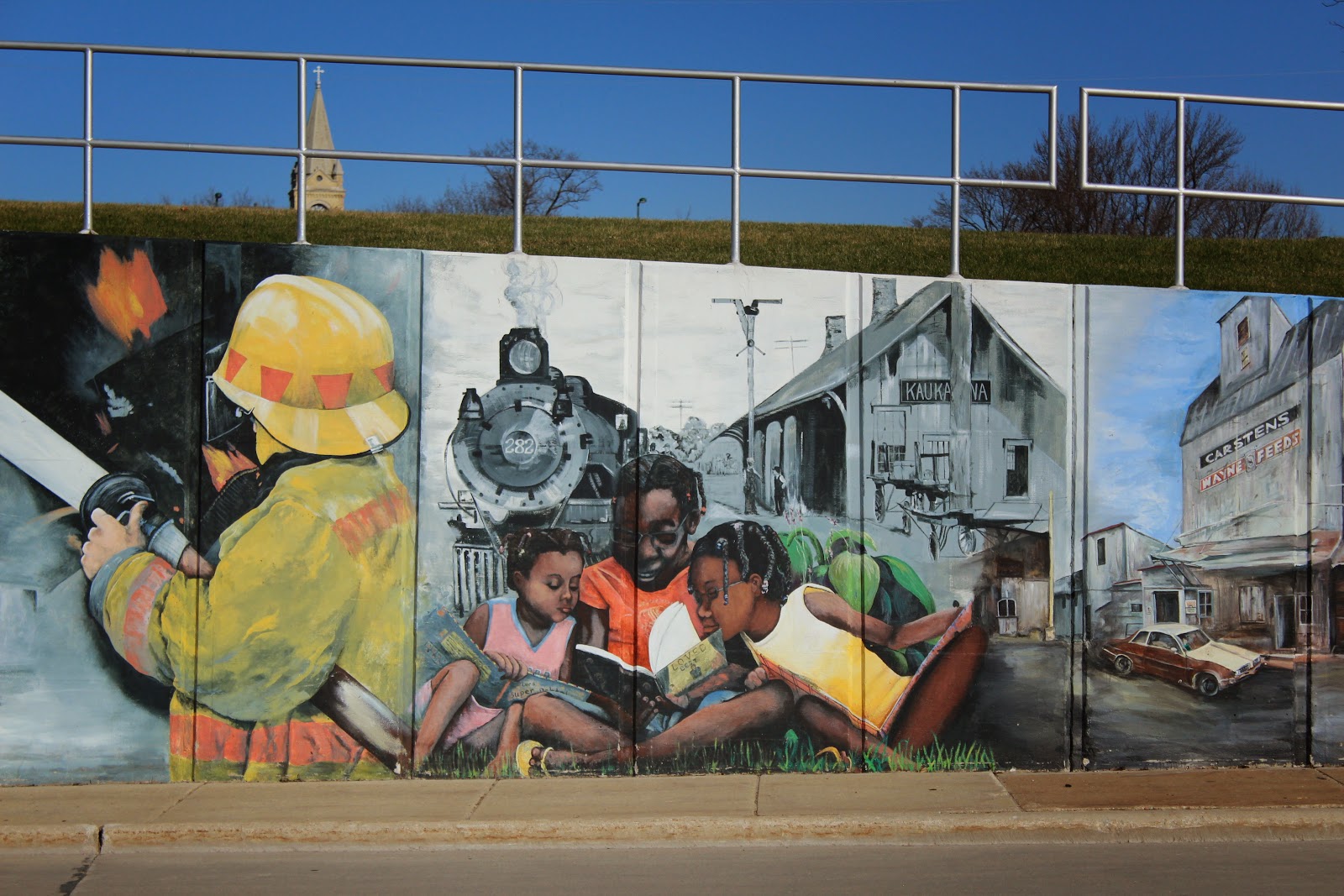 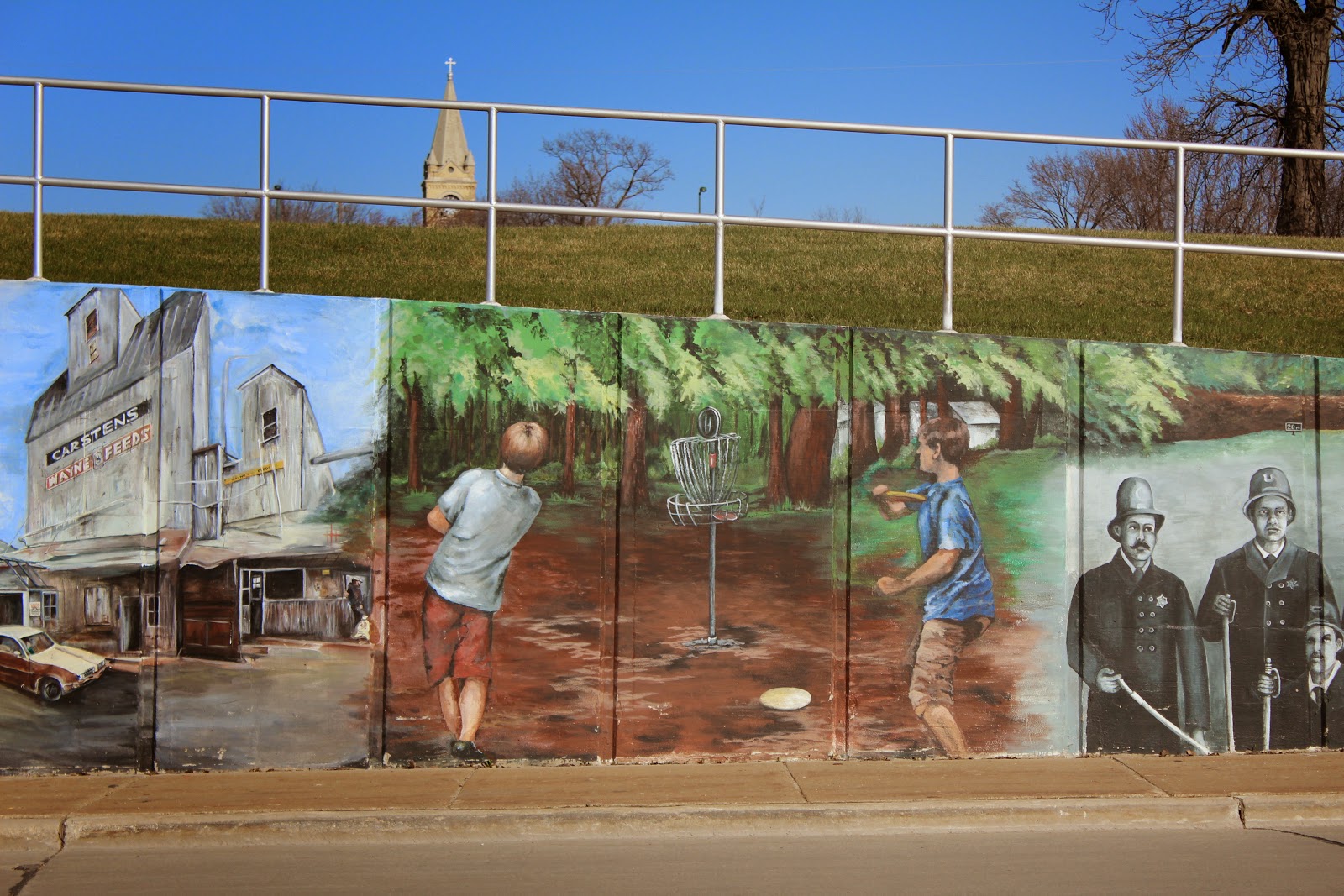 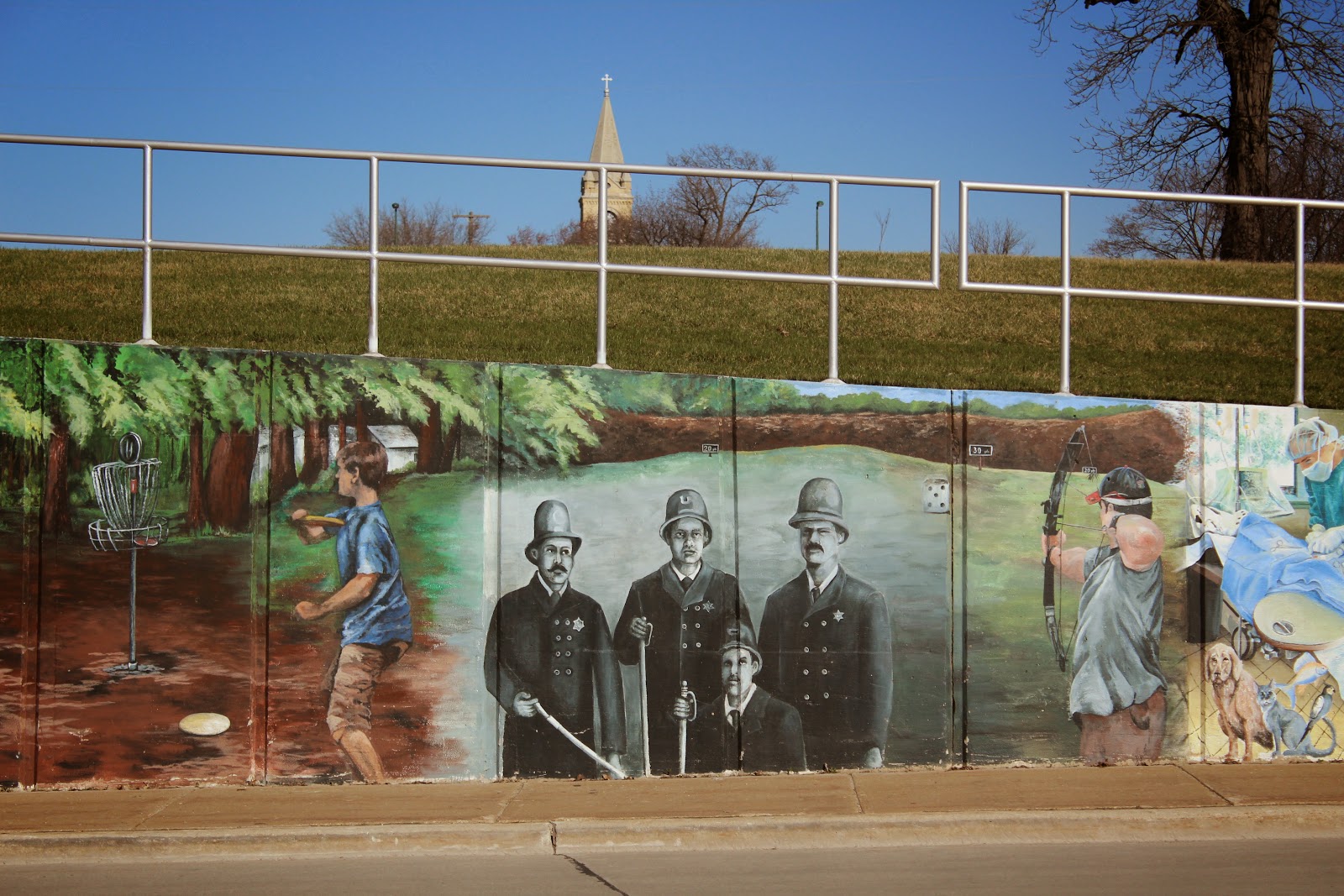 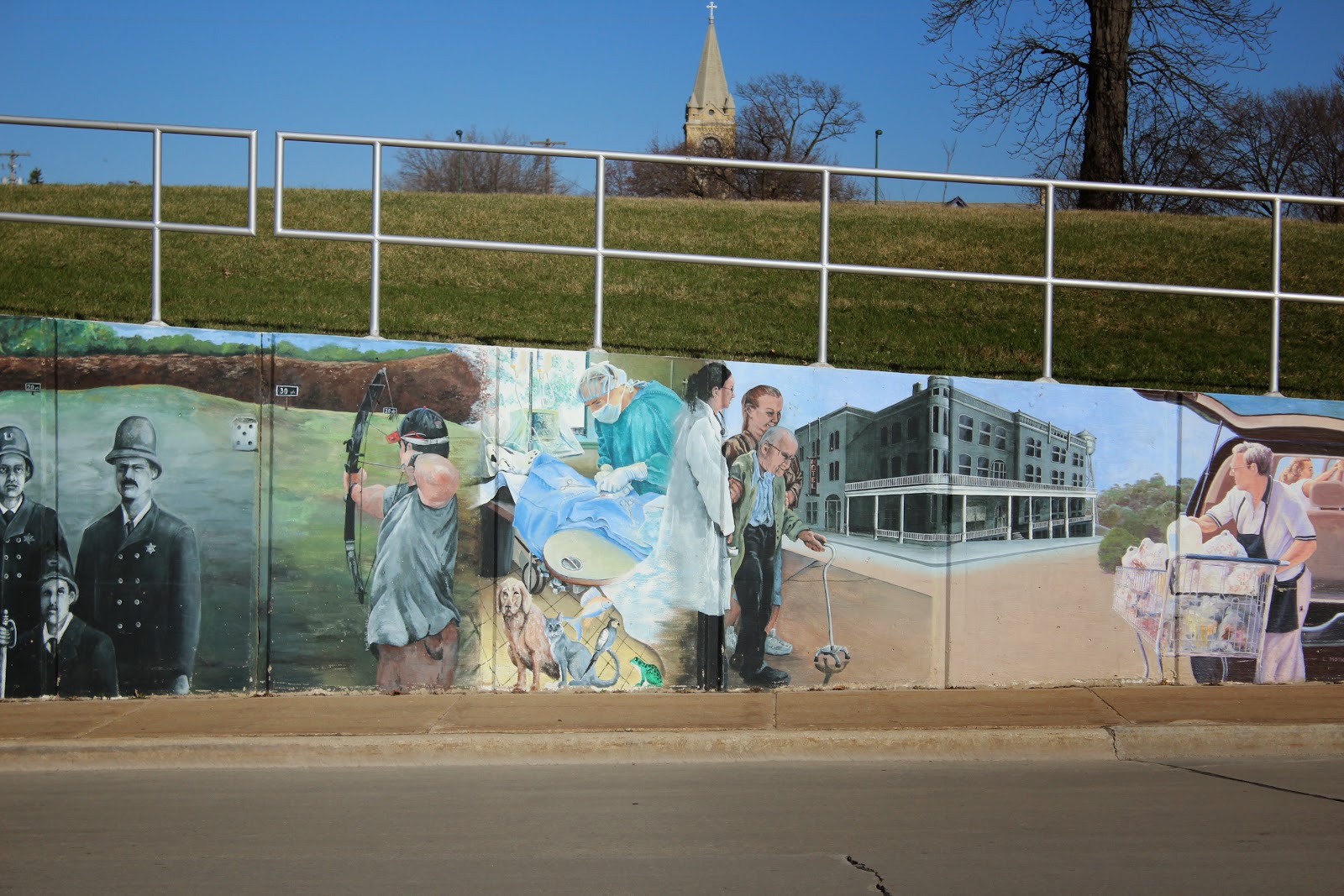 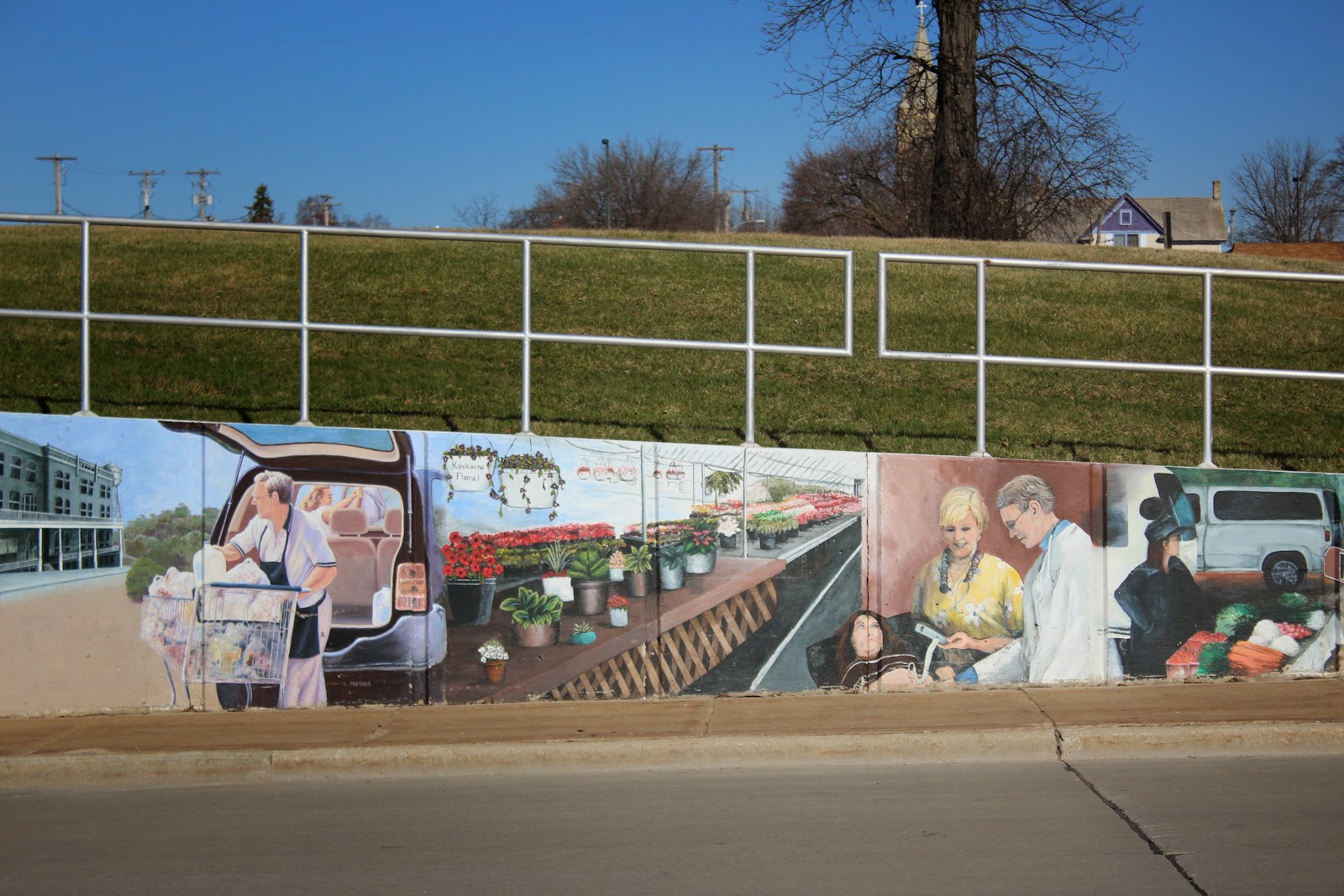 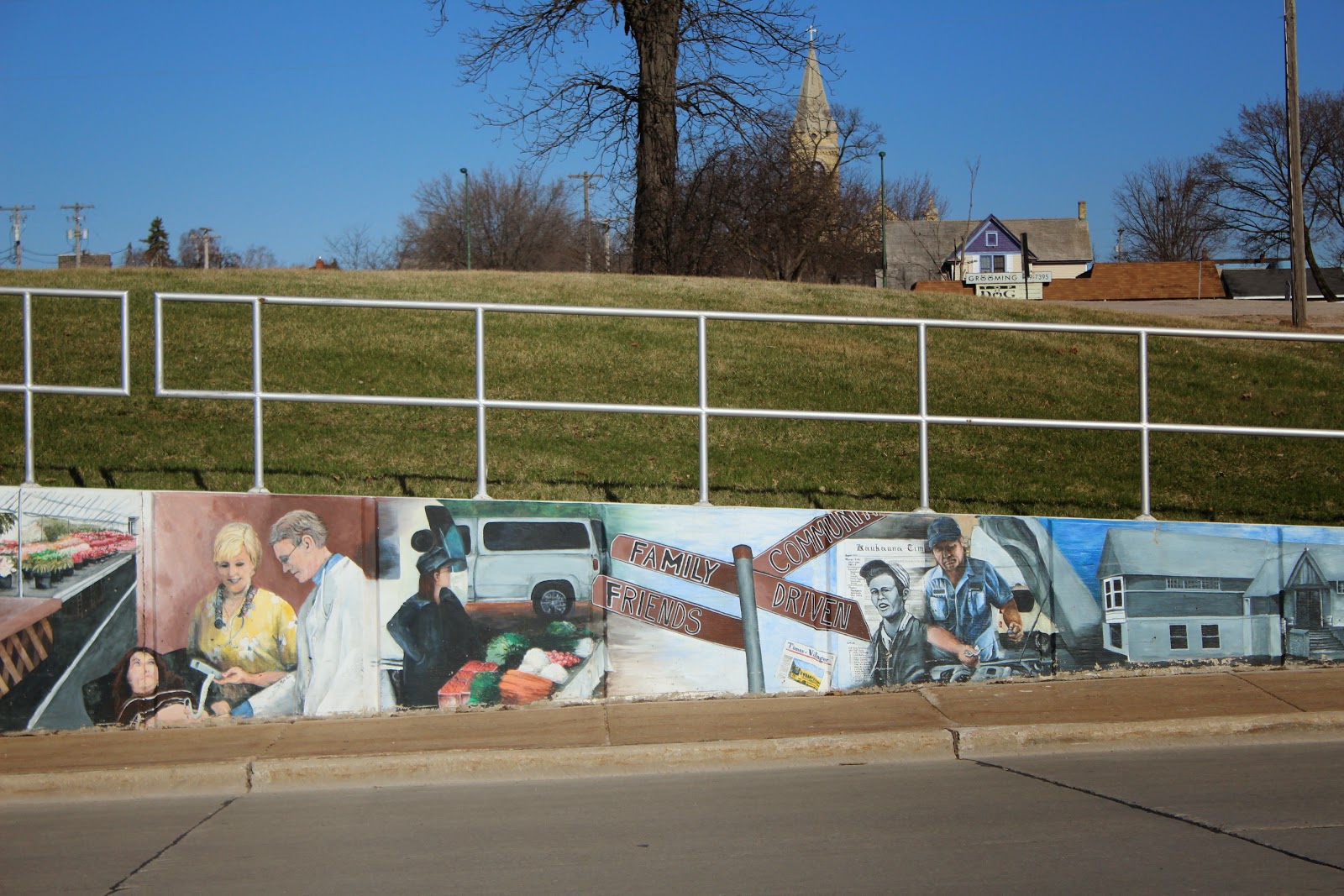 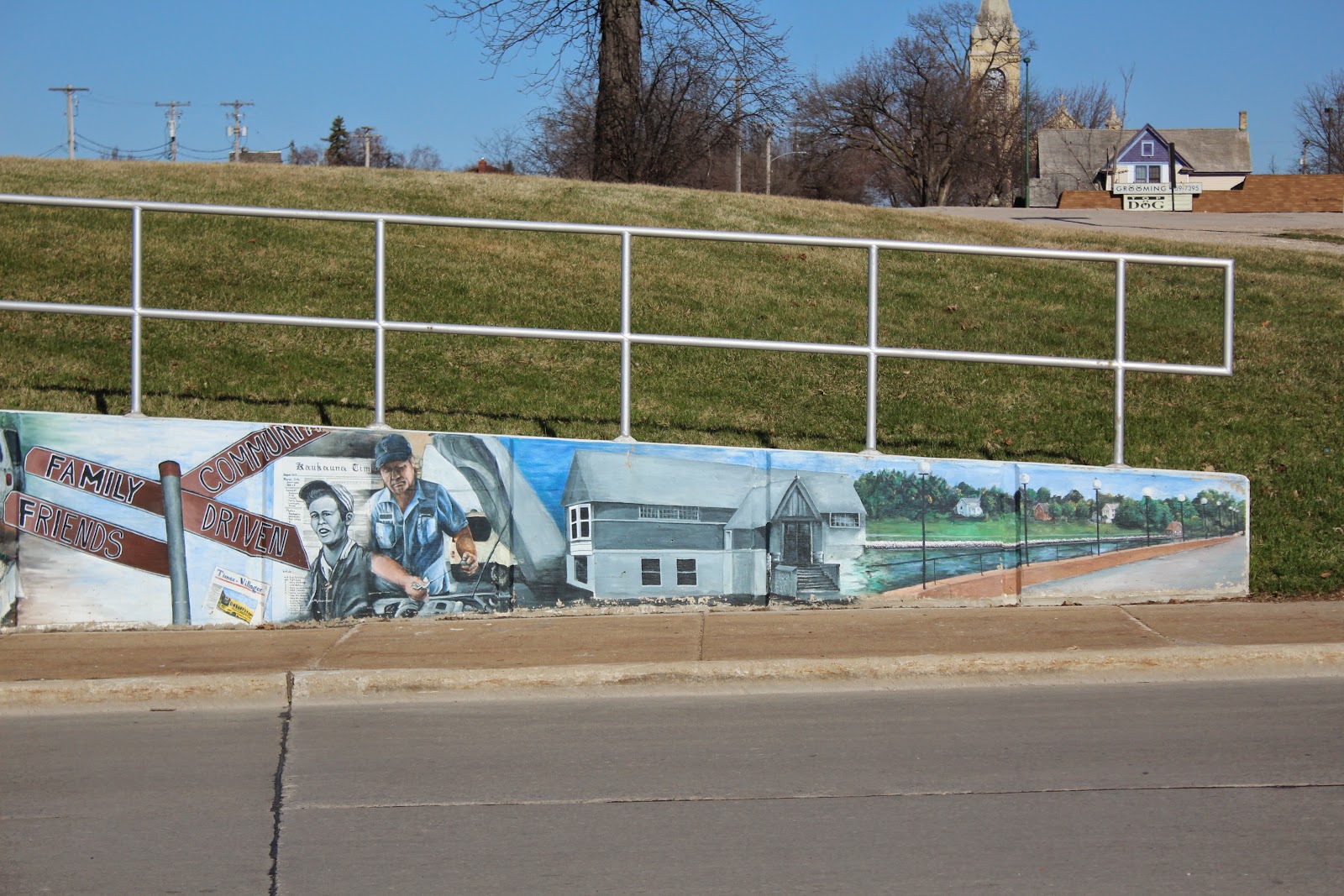 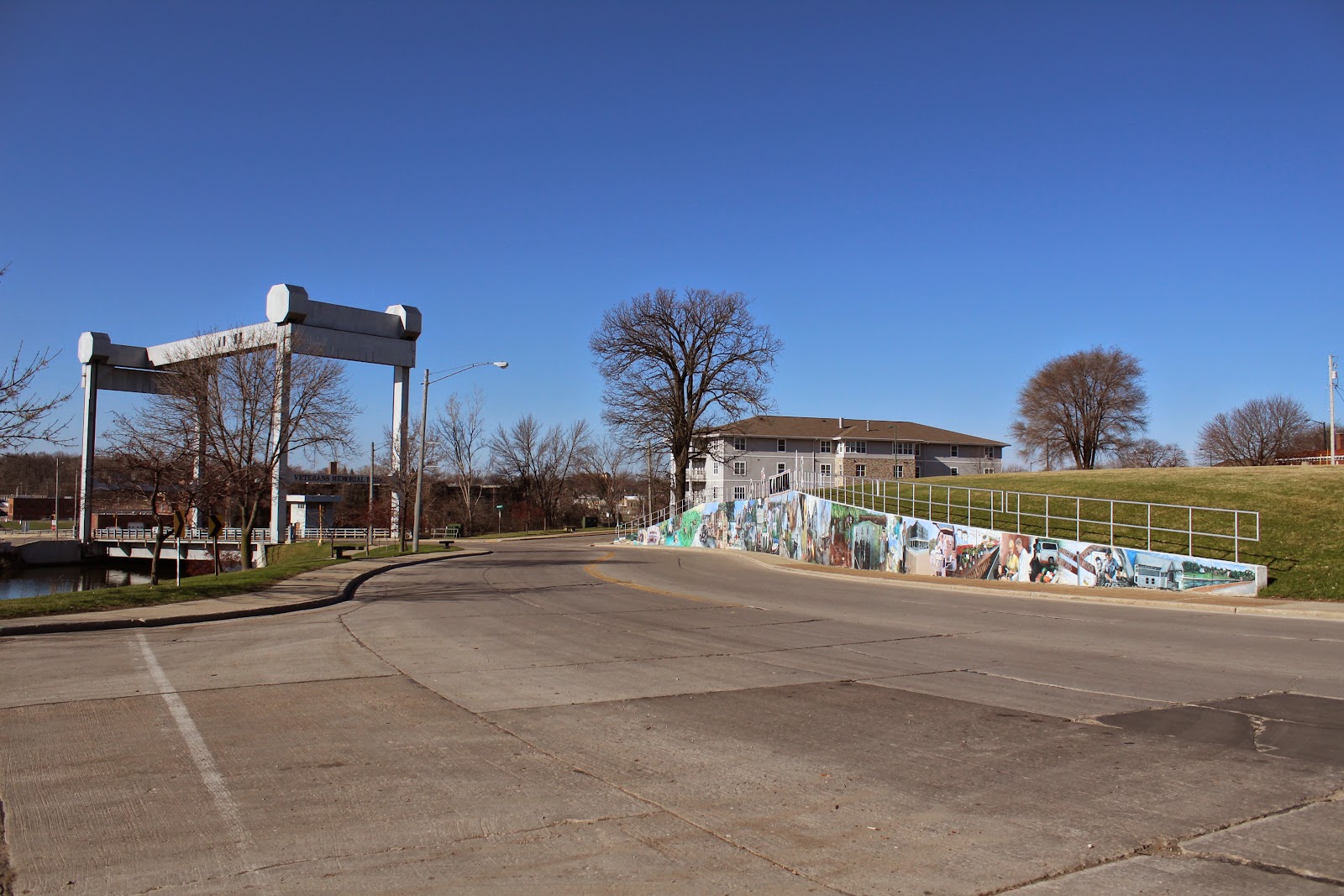 With the Kaukauna Veterans Memorial Bridge in the background. 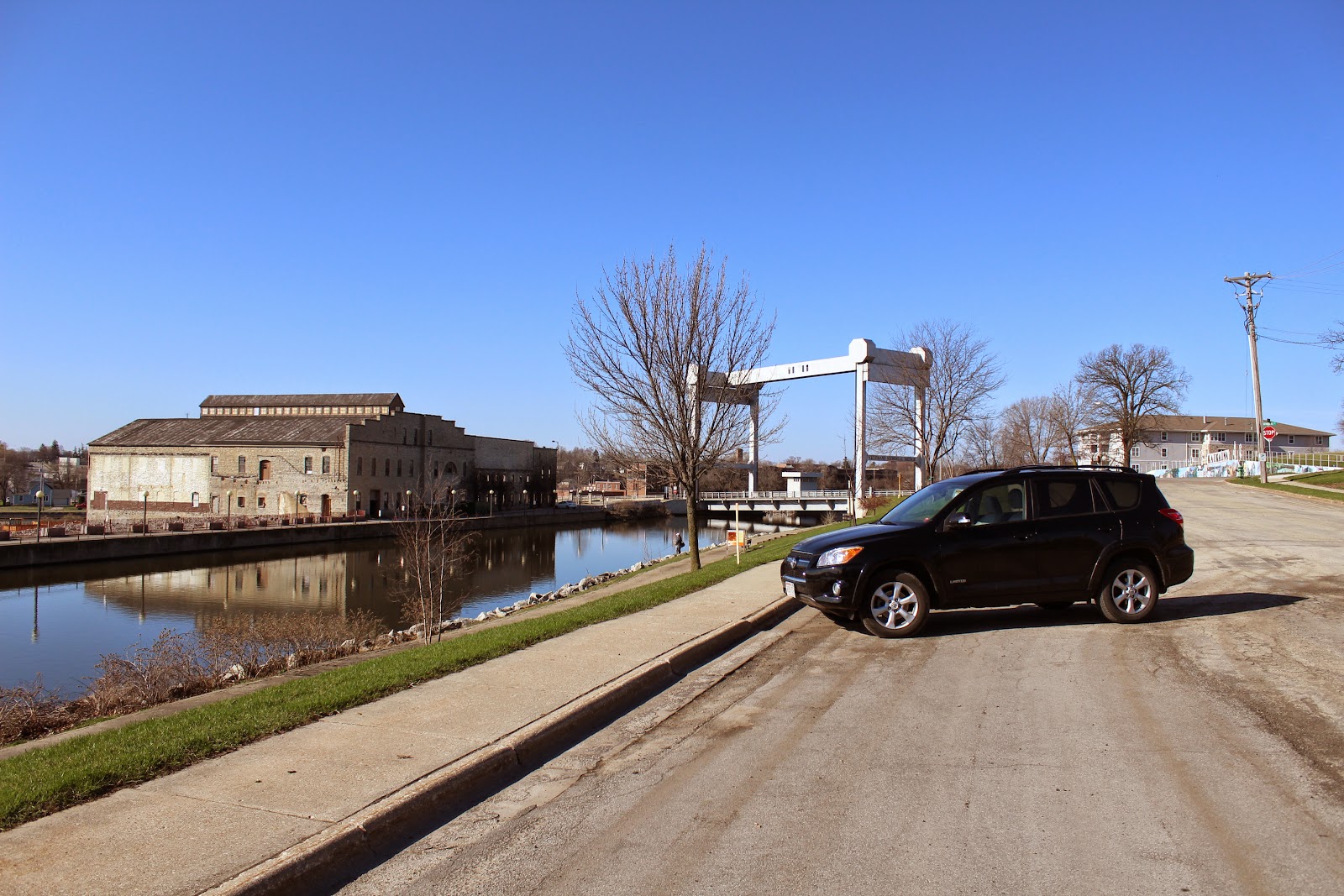 Plenty of parking on Canal Street to access the mural.