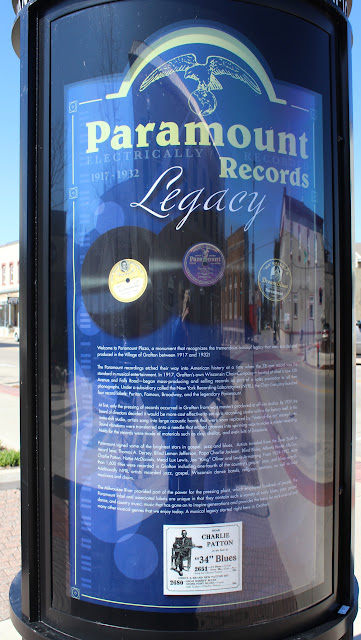 Welcome to Paramount Plaza, a monument that recognizes the tremendous musical legacy that was recorded and produced in the Village of Grafton between 1917 and 1932!

The Paramount recordings etched their way into American history at a time when the 78 rpm record was the standard in musical entertainment. In 1917, Grafton's own Wisconsin Chair Company - located at what is now 12th Avenue and Falls Road - began mass-producing and selling records as part of a sales promotion to sell their phonographs. Under a subsidiary called the New York Recording Laboratories (NYRL), the Chair Company launched four record labels: Puritan, Famous, Broadway, and the legendary Paramount.

At first, only the pressing of records occurred in Grafton from wax masters produced at off-site studios. By 1929, the board of directors decided it would be more cost effective to set up a recording studio within the factory itself. In this make-shift studio, artists sang into large acoustic horns that were soon replaced by "state-of-the-art" microphones. Sound vibrations were transferred onto a needle that etched grooves into spinning wax to make a master recording. Molds for the records were made of materials such as clay, shellac, and even bits of limestone.

The Milwaukee River provided part of the power for the pressing plant, which employed hundreds of people. The Paramount label and associated labels are unique in that they contain such a variety of early blues, jazz, gospel, dance, and country music: music that has gone on to inspire generations and provides the basis for rock and roll and many other musical genres that we enjoy today. A musical legacy started right here in Grafton!

The marker is located at Grafton Paramount Plaza on northbound Wisconsin Avenue, at its intersection with Bridge Street, Grafton, Wisconsin 53024. 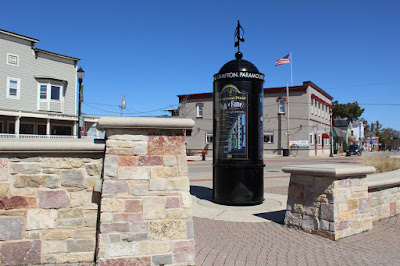 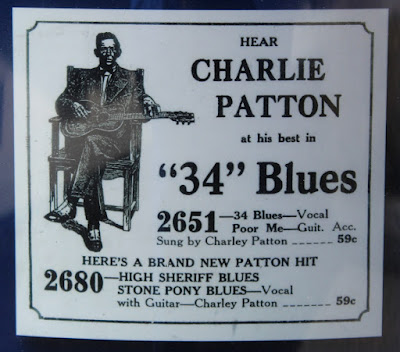 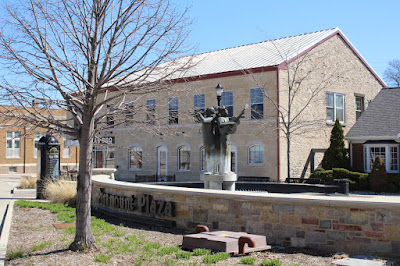 The marker kiosk is to the right of the plaza sculpture. 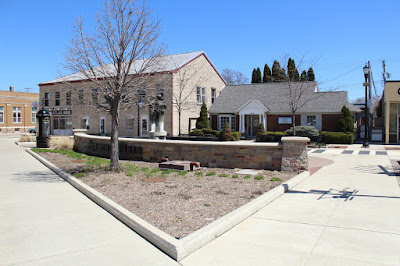 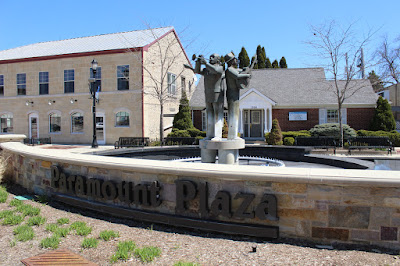 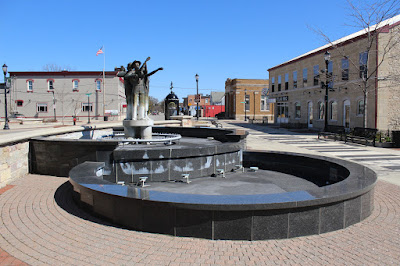 Even though the weather was warm (April 26th),
the fountain had not yet been turned back on. 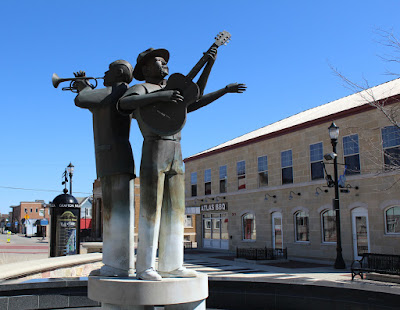 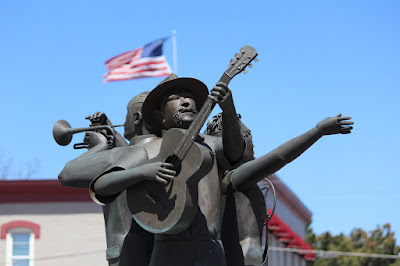 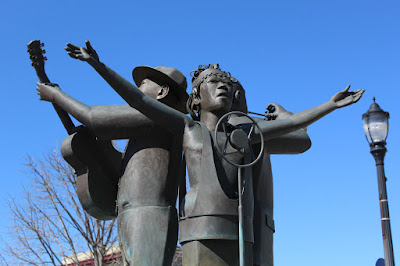 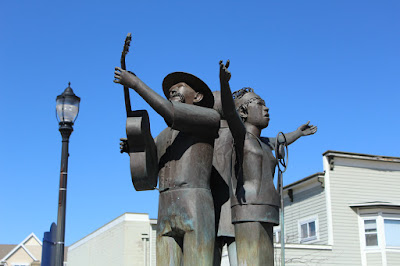 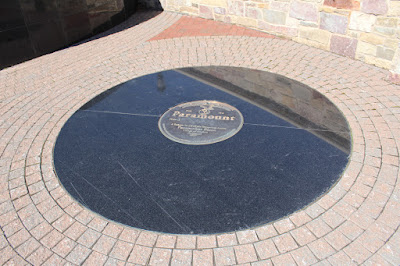 This giant record is placed in the ground next to the fountain. 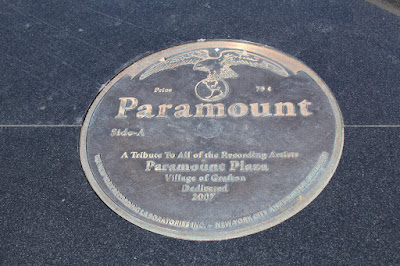 Some of the guitars on the street lamps at the plaza: 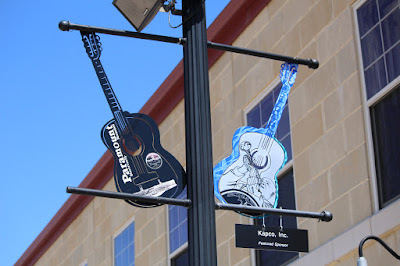 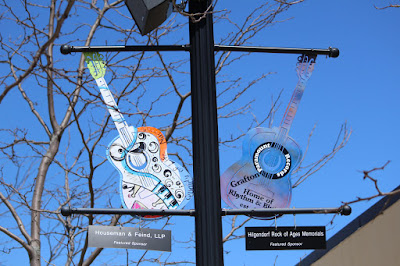 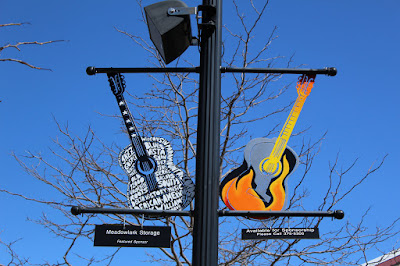 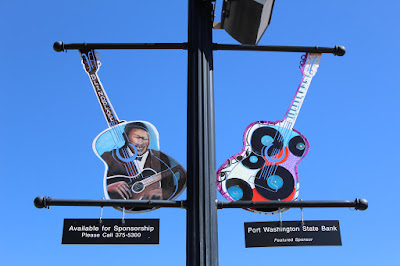 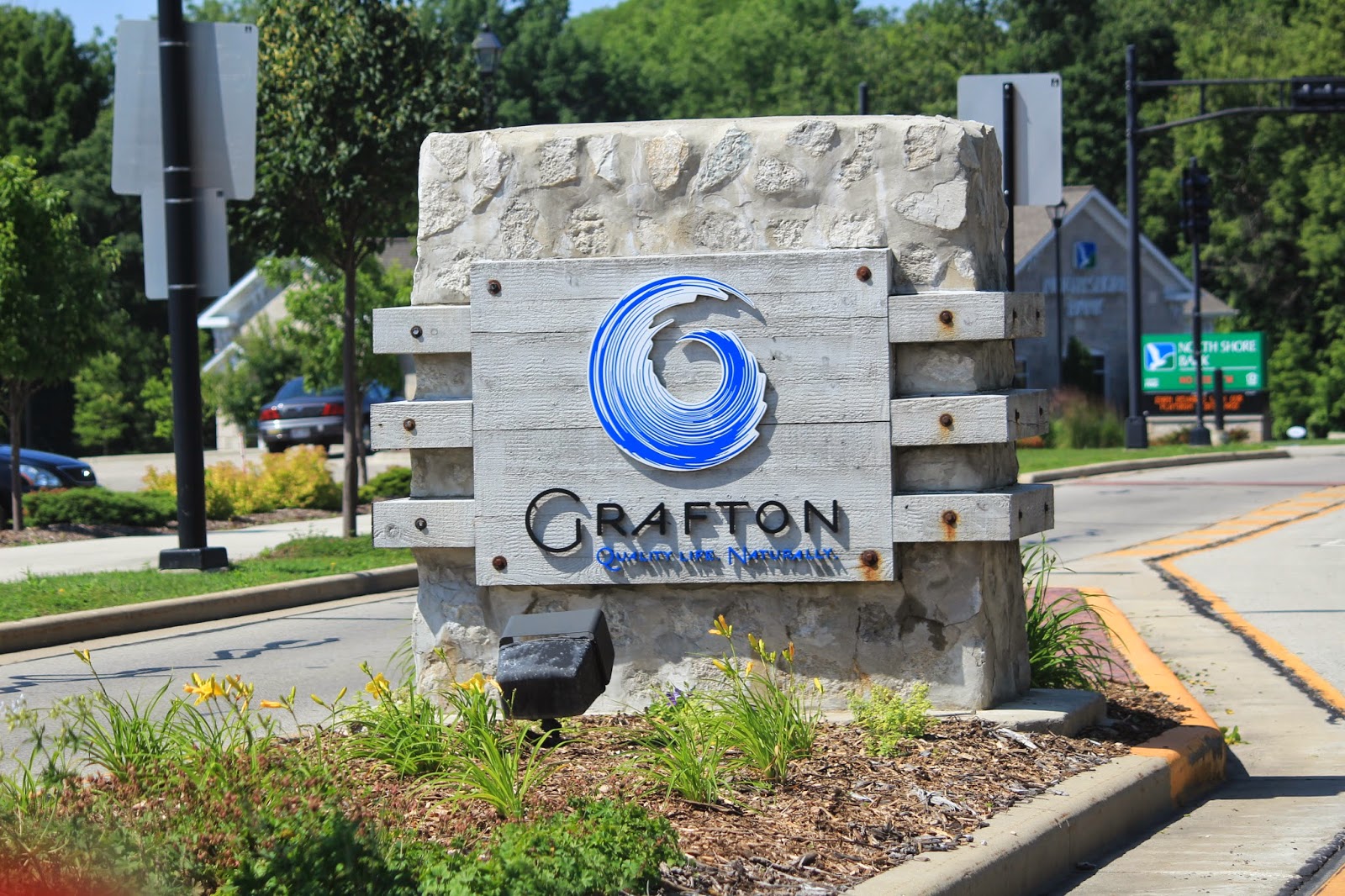 The marker is located in Grafton, Wisconsin.