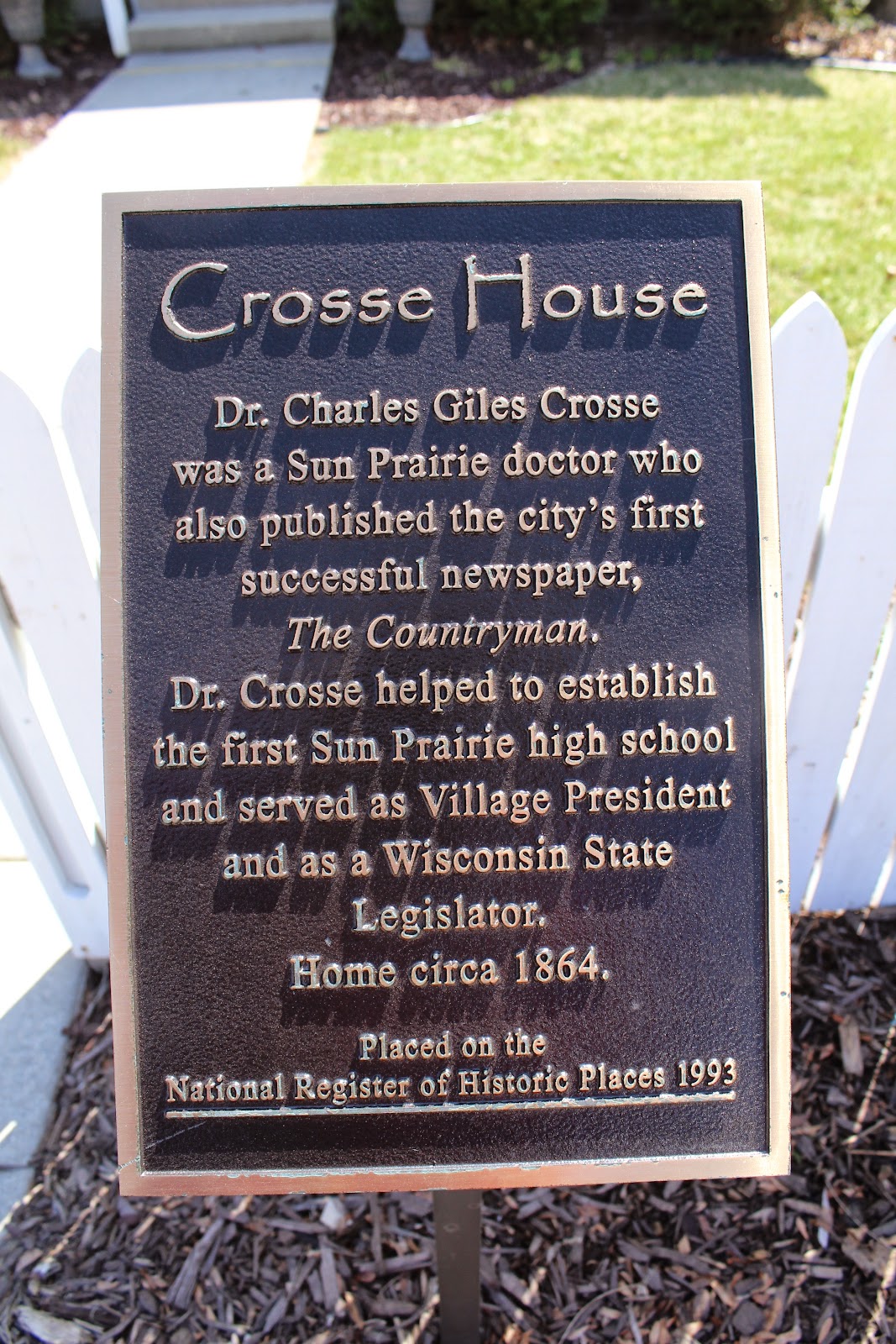 Dr. Charles Giles Crosse
was a Sun Prairie doctor who
also published the city's first
successful newspaper,
The Countrymen.
Dr. Crosse helped to establish
the first Sun Prairie high school
and served as Village President
and as a Wisconsin State
Legislator.
Home circa 1864.

Placed on the
National Register of Historic Places 1993. 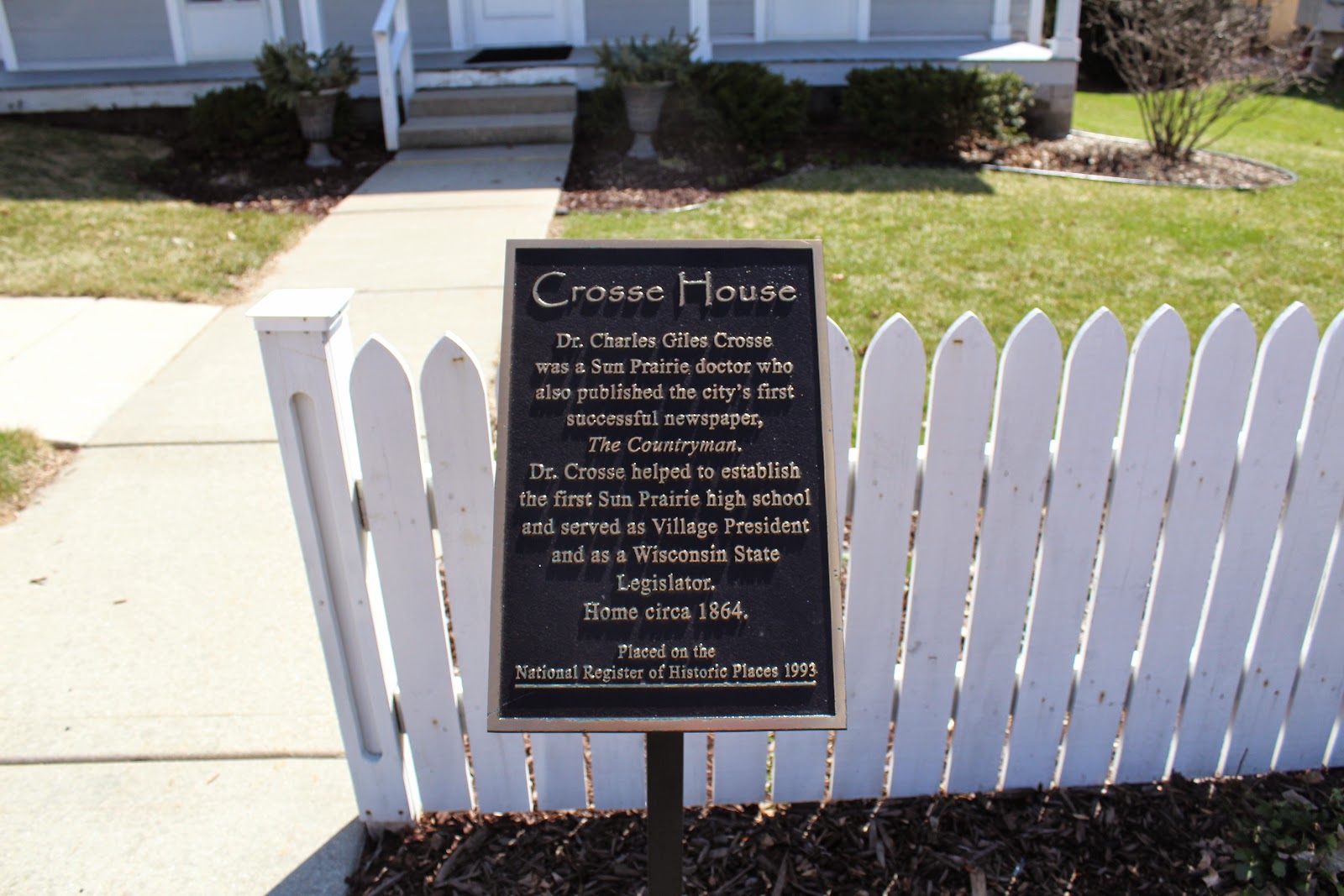 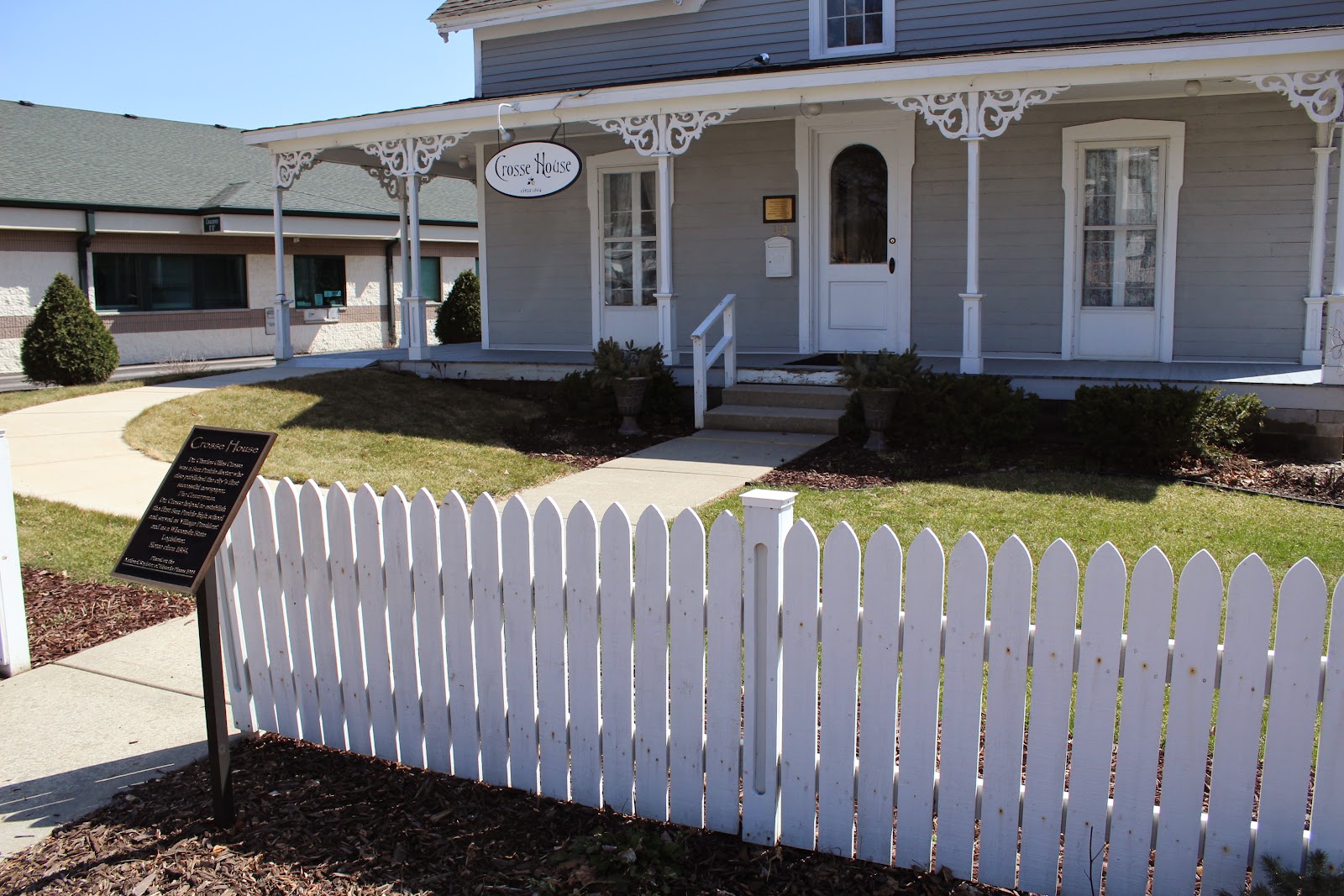 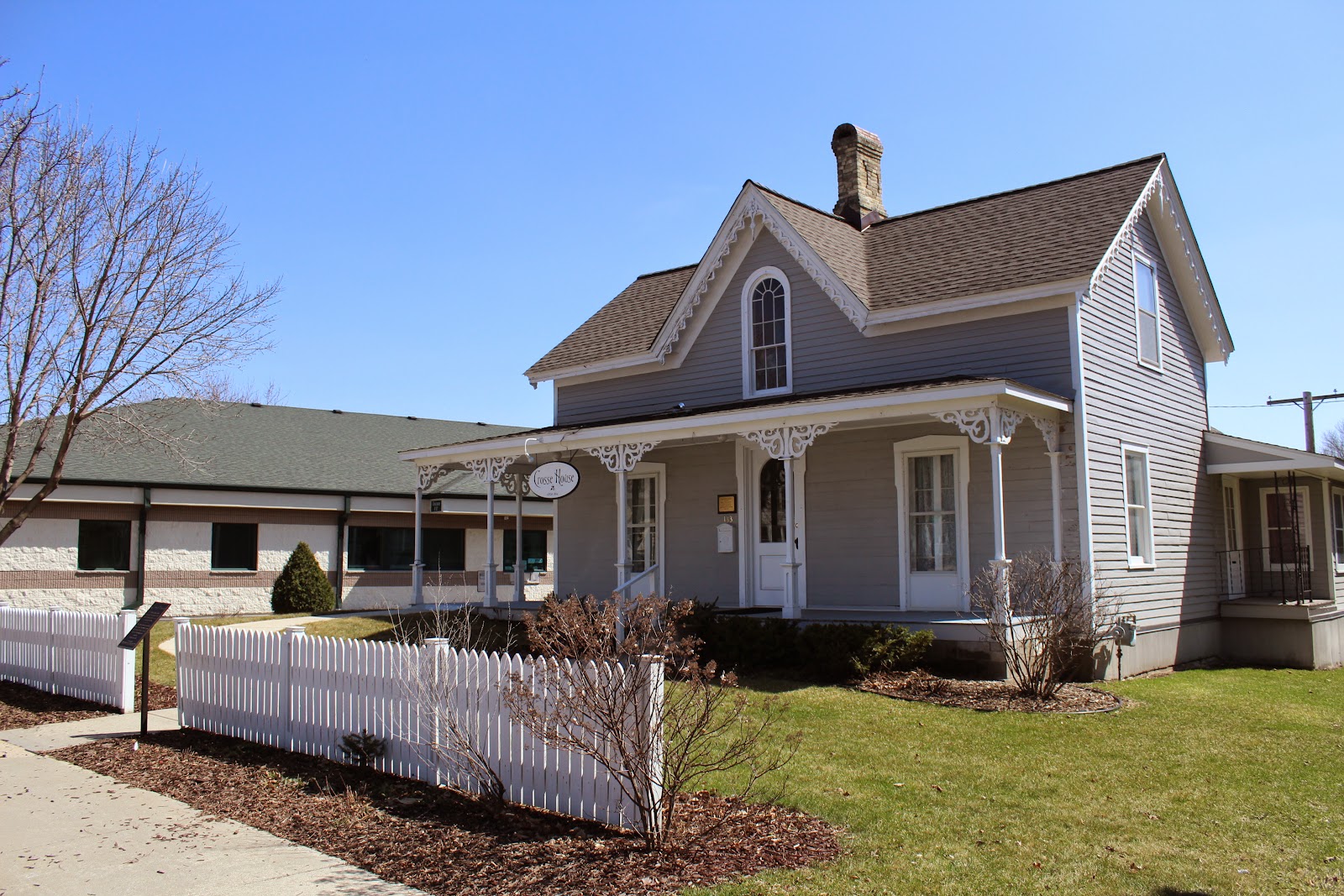 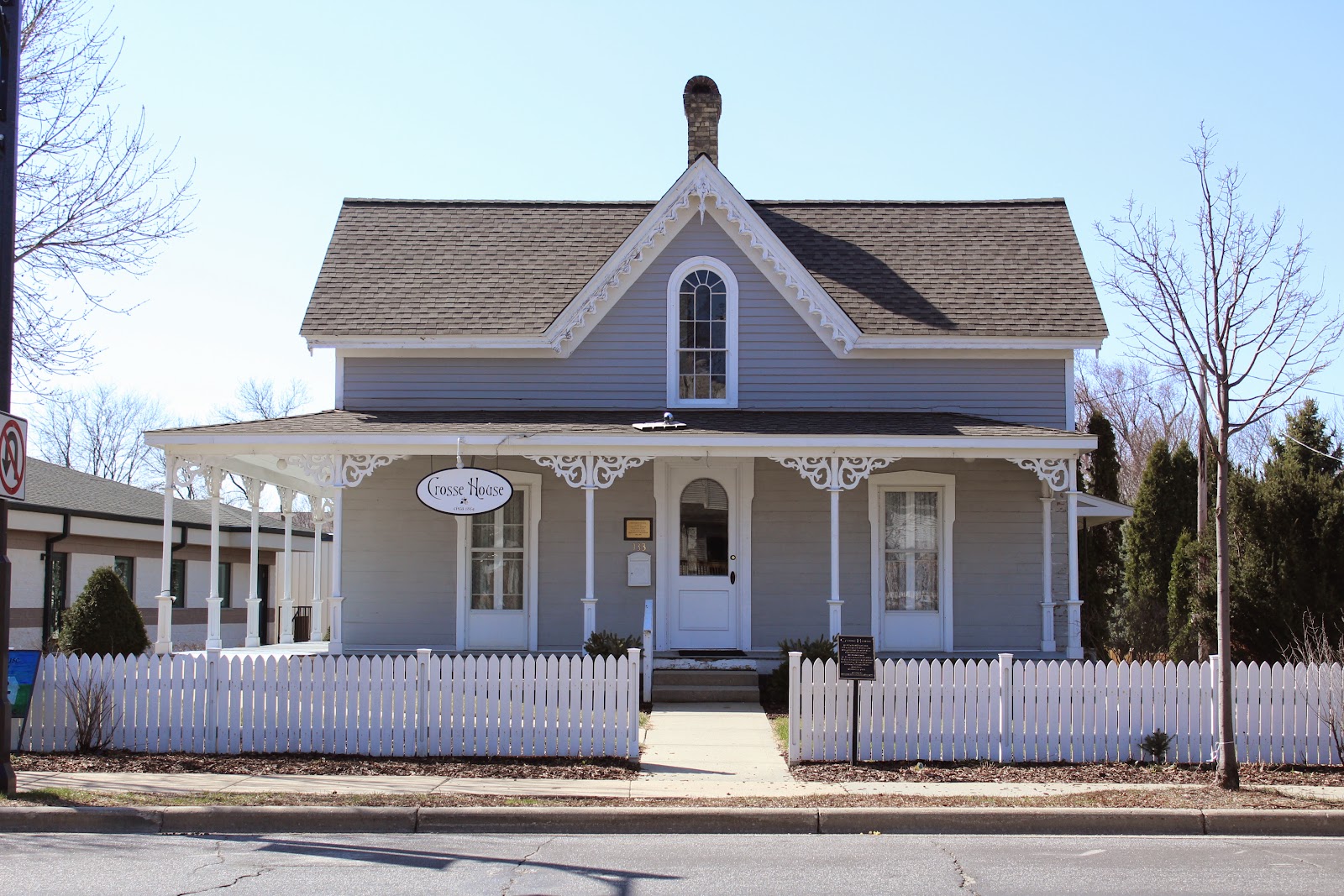 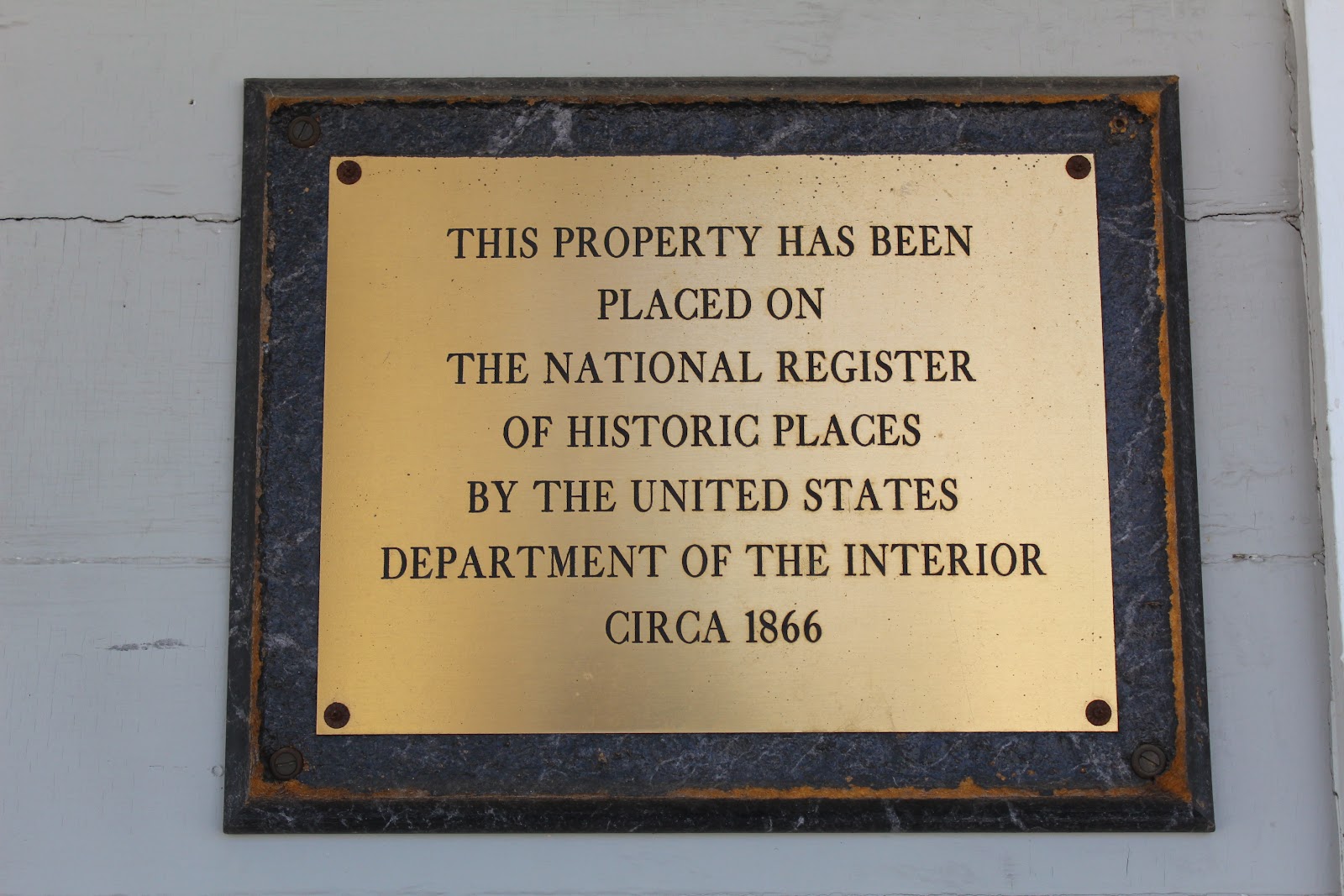 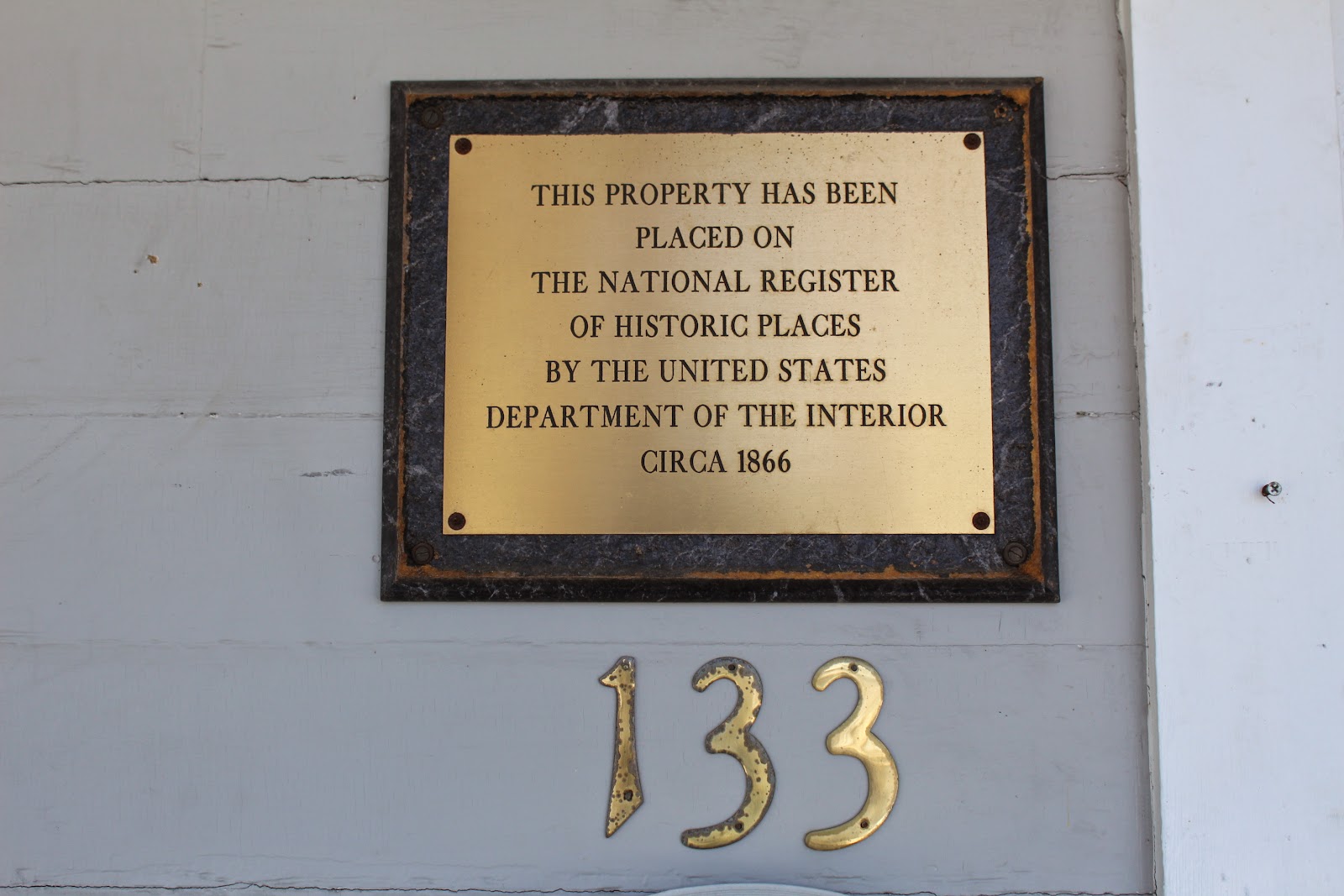 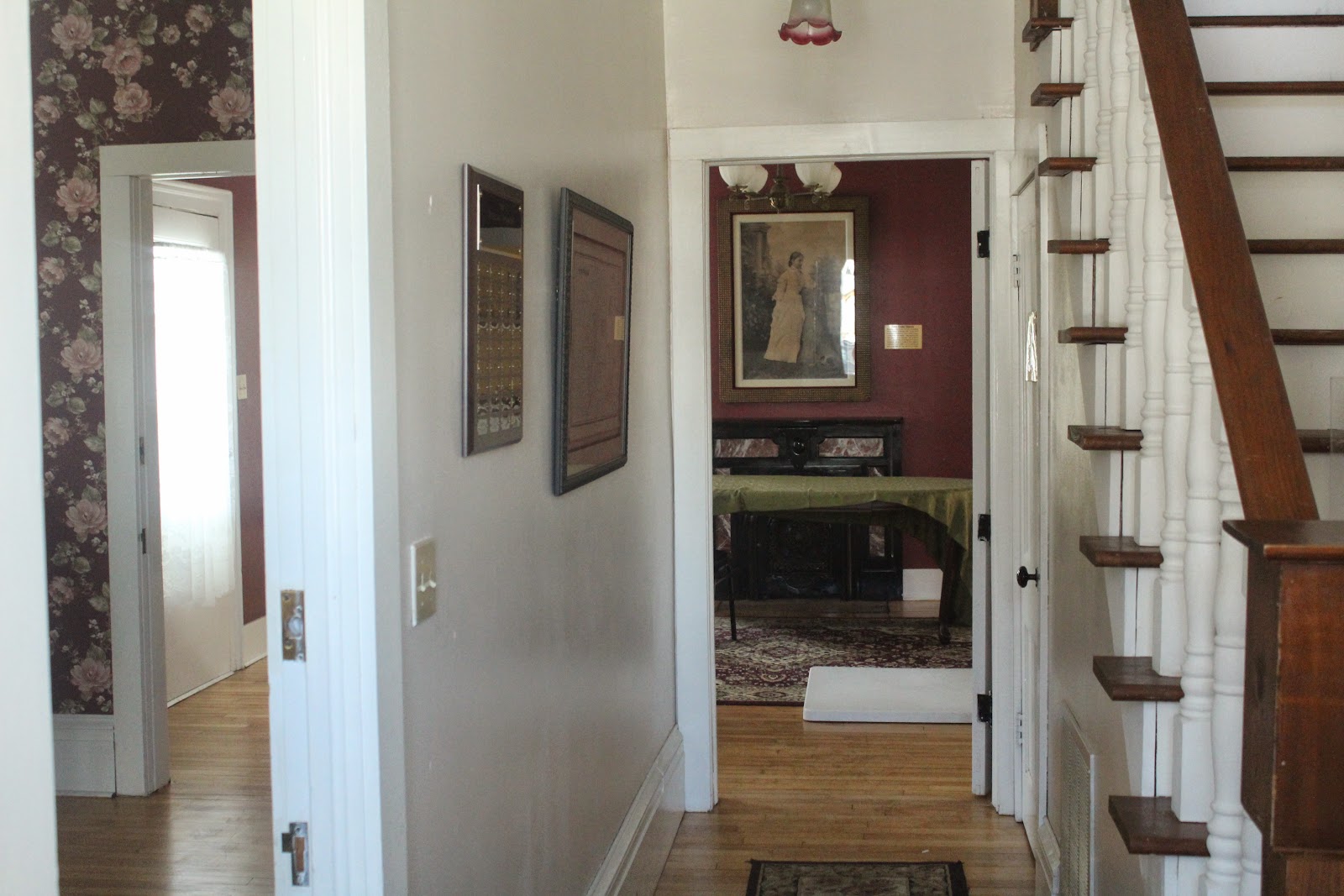 A peek inside through the door window. 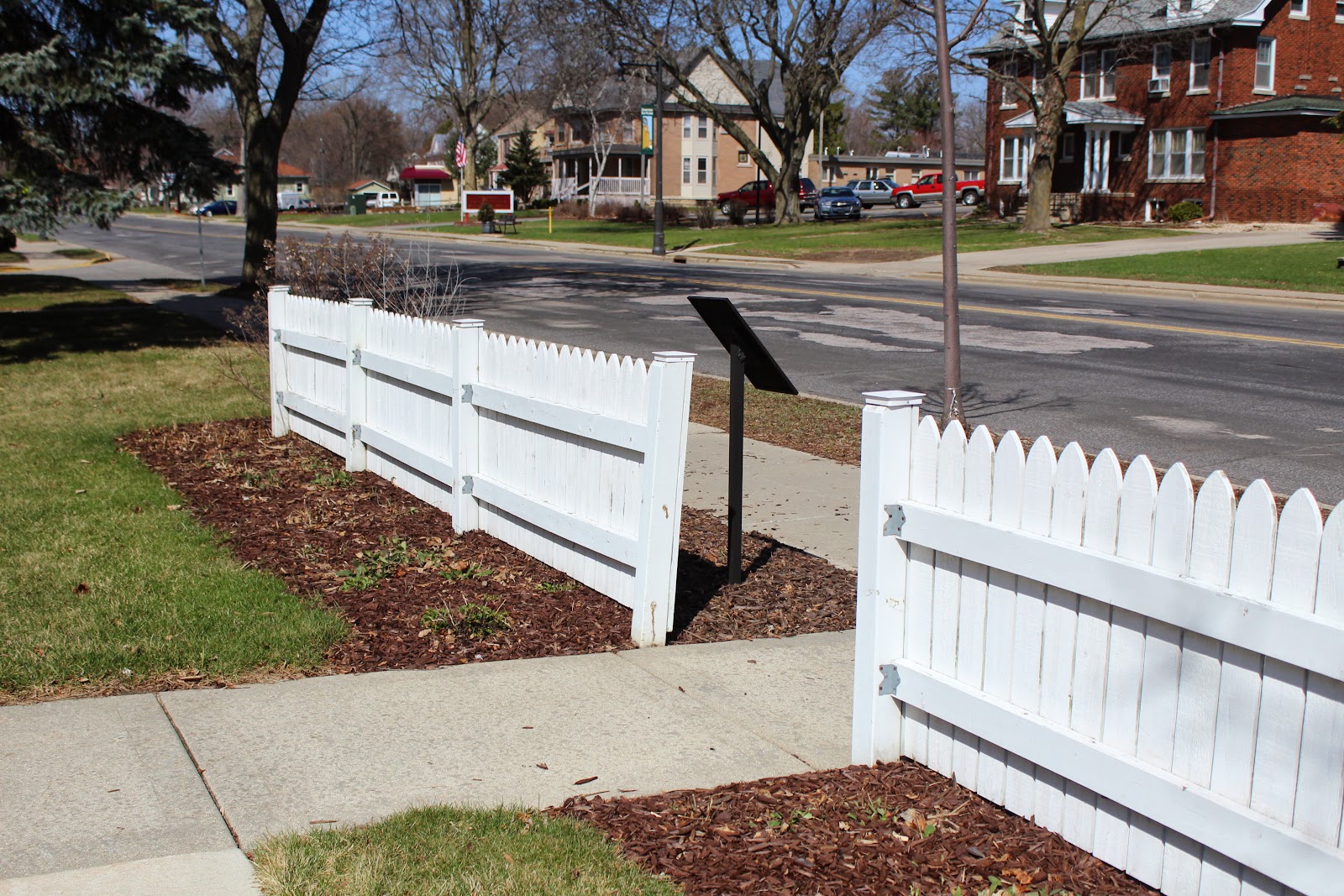 Looking west along West Main Street, with the marker in view.