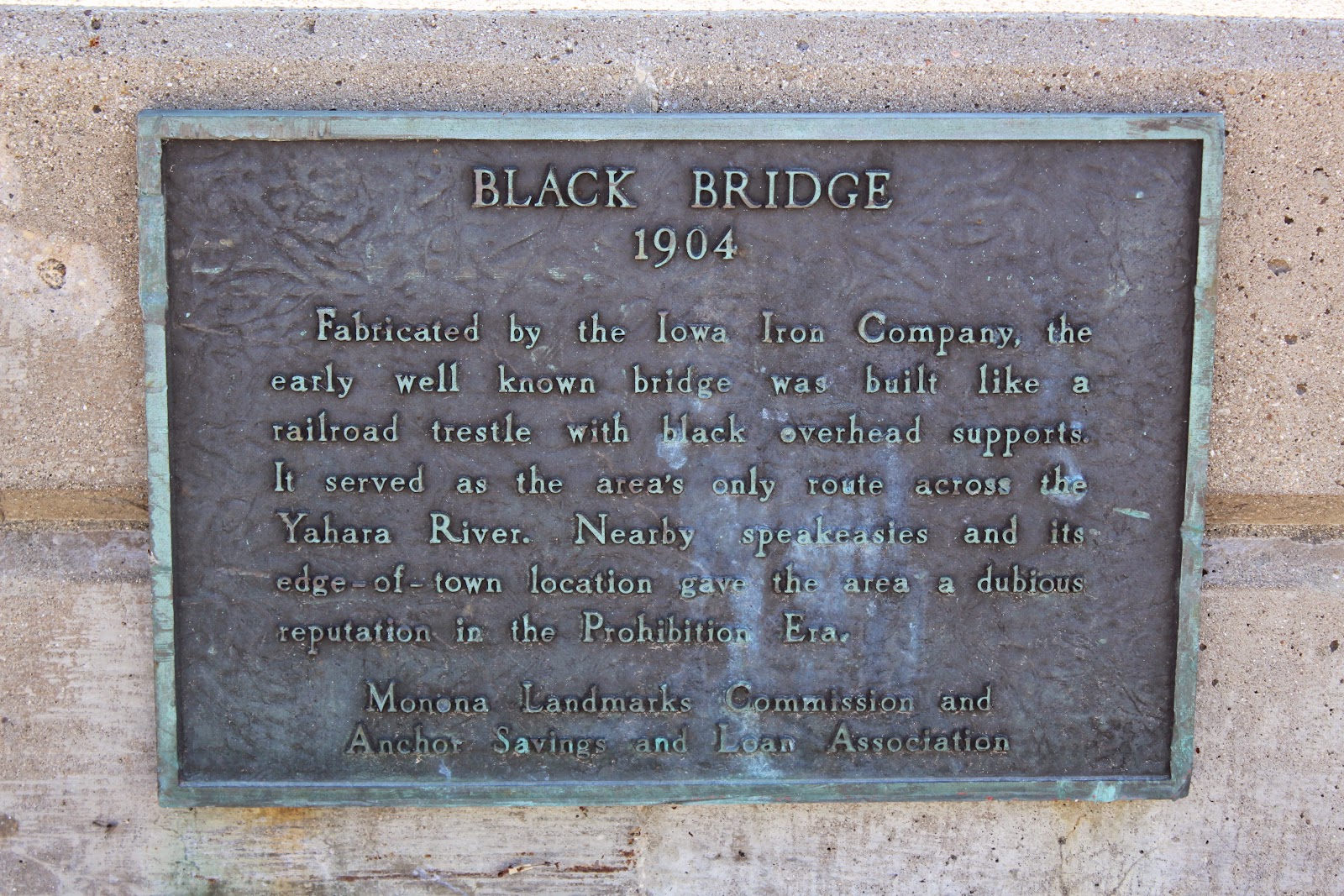 Fabricated by the Iowa Iron Company, the early well known bridge was built like a railroad trestle with black overhead supports. It served as the area's only route across the Yahara River. Nearby speakesies and its edge-of-town location gave the area a dubious reputation in the Prohibition Era.

The marker is on northeast bound Bridge Road, affixed to the middle of the bridge crossing the Yahara River, north of the intersection of Bridge Road and Metropolitan Lane, Monona, Wisconsin 53713. 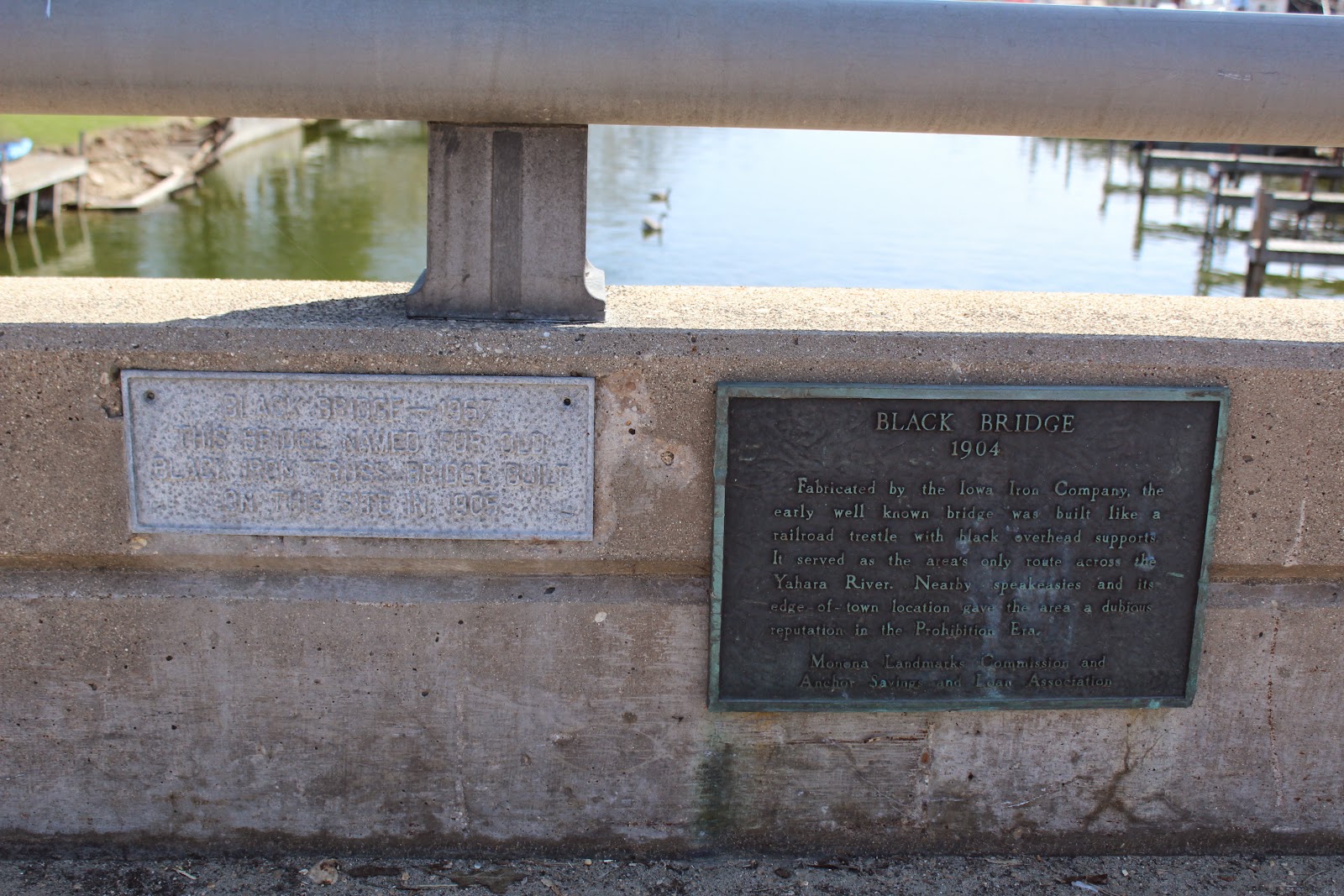 Black Bridge - 1967
This bridge named for old black iron truss bridge built on this site in 1905. 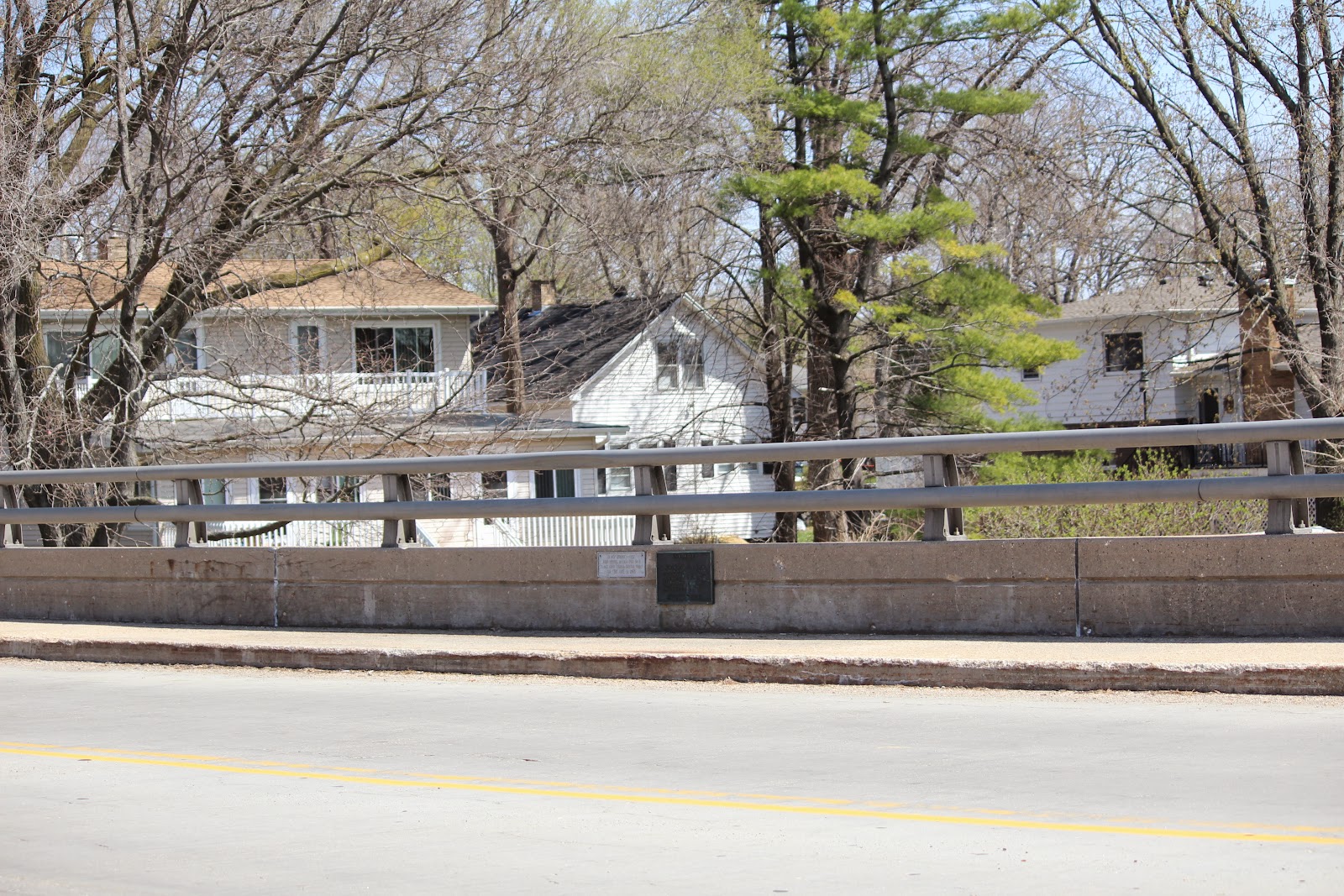 See the small markers on the lower part of the bridge? 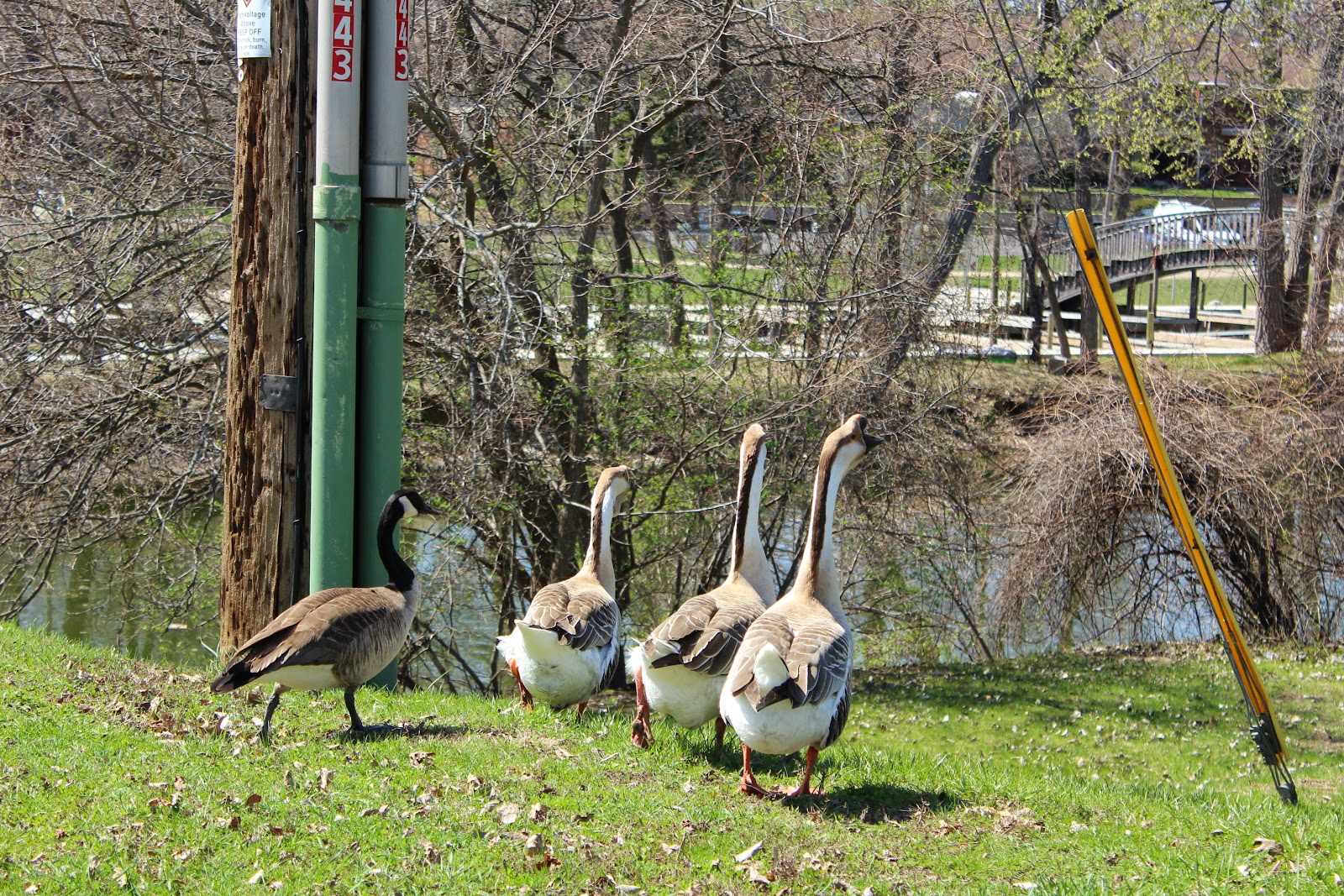 One Canada and three Chinese geese = one gaggle. 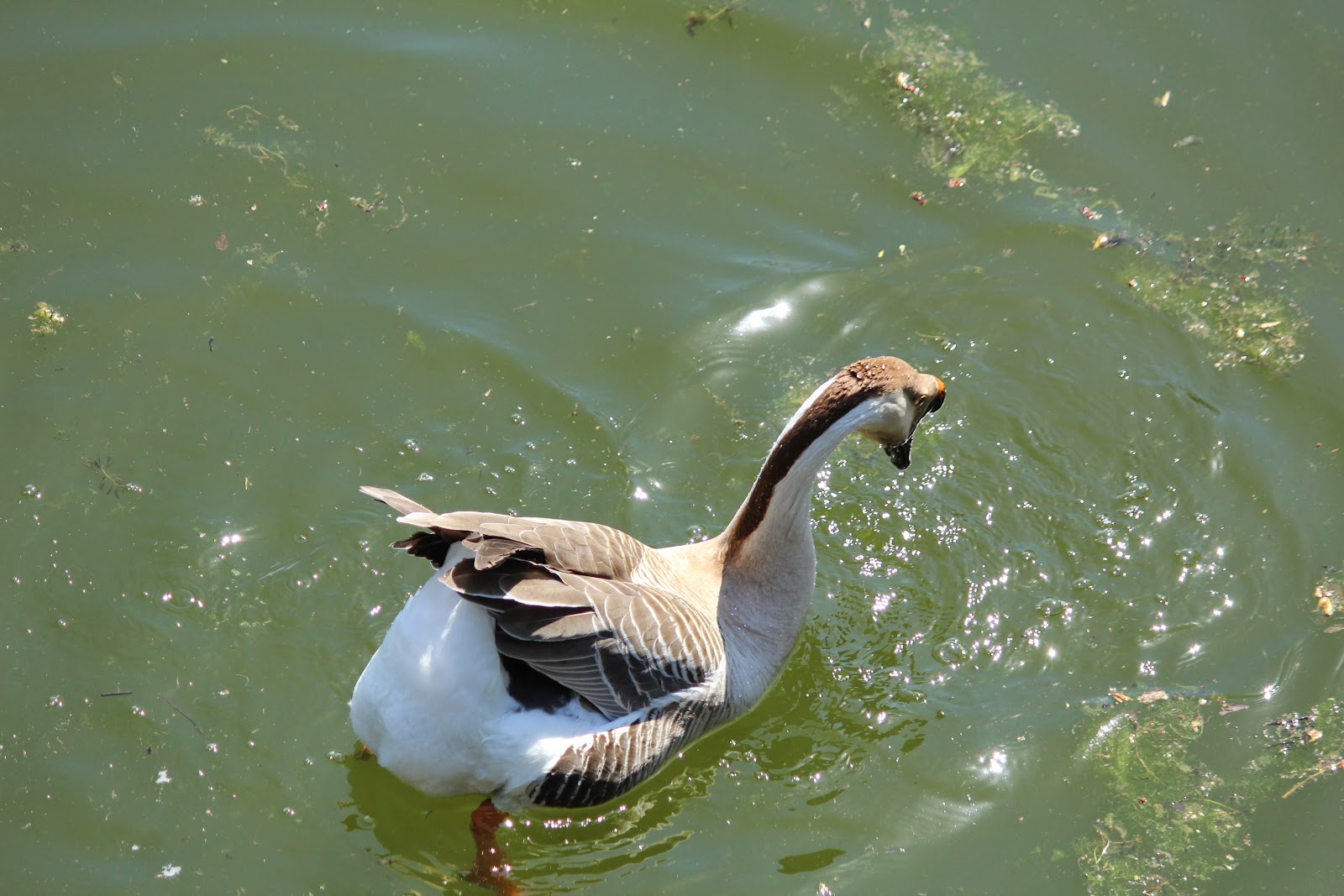 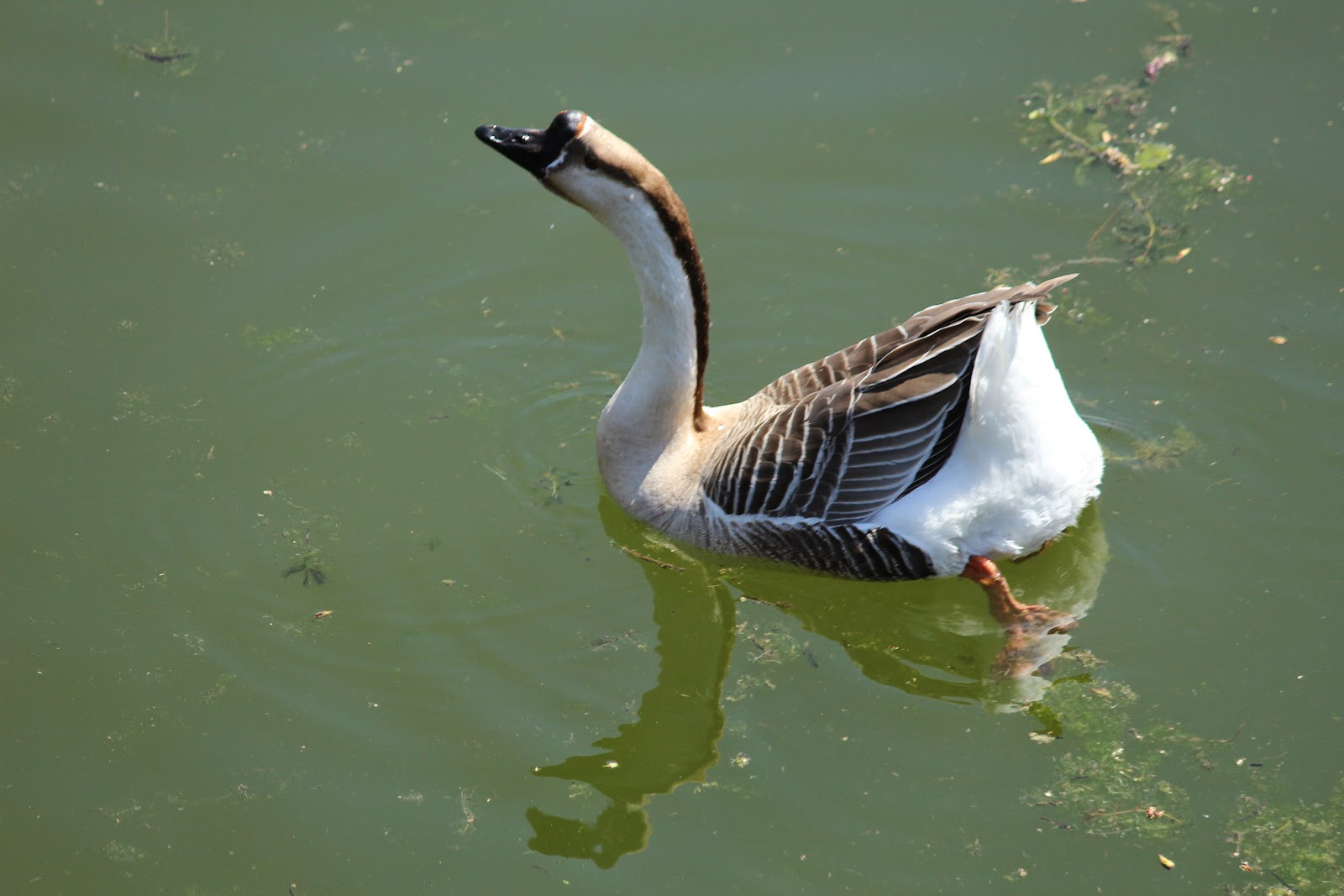 My first time to see a Chinese goose! 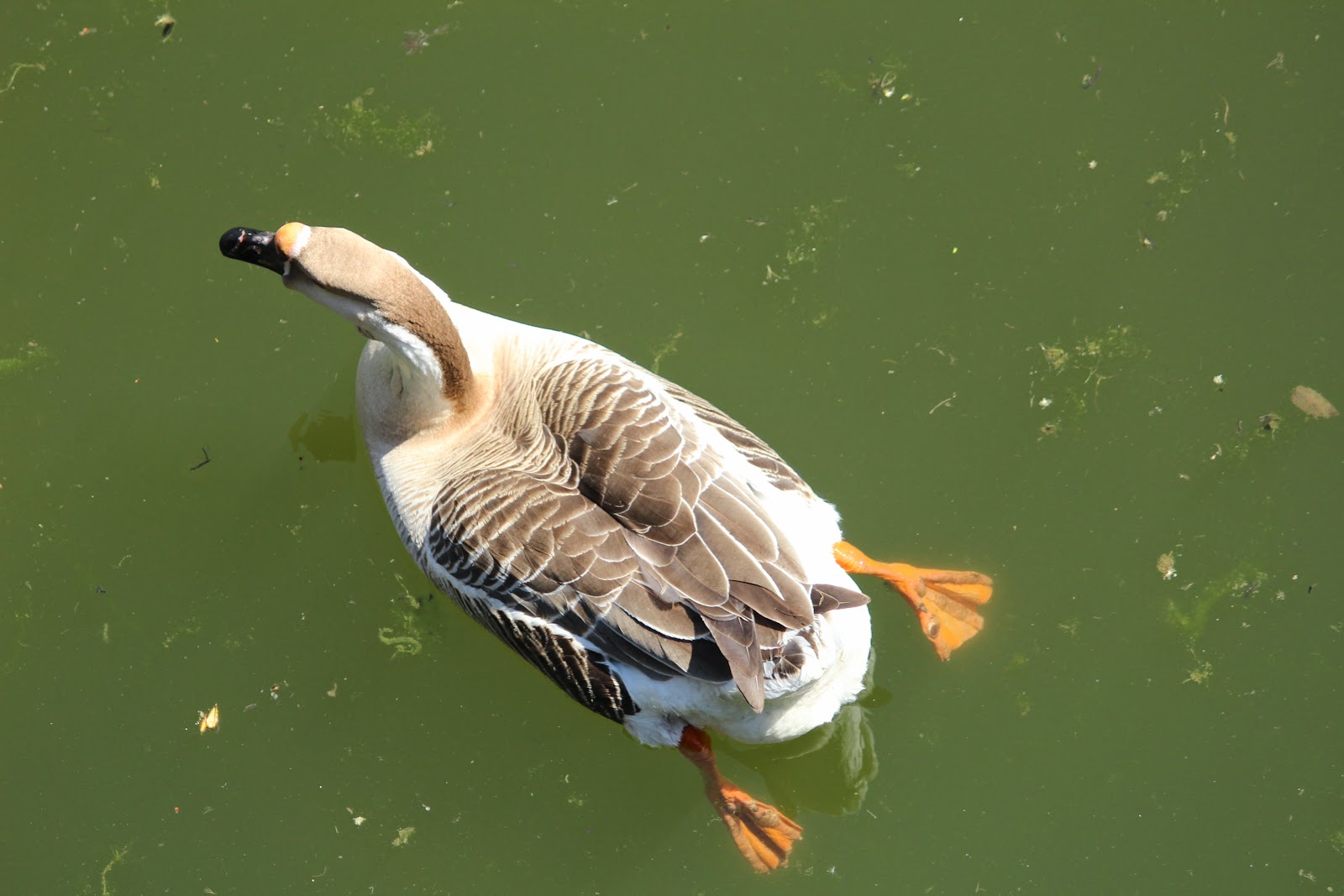 I was so interested in photographing the geese, I forgot to
photograph the rest of the river!