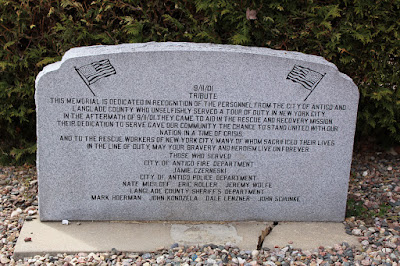 9/11/01
TRIBUTE
This memorial is dedicated in recognition of the personnel from the City of Antigo and Langlade County who unselfishly served a tour of duty in New York City in the aftermath of 9/11/01. They came to aid in the rescue and recovery mission. Their dedication to serve gave our community the chance to stand united with our nation in a time of crisis,
and to the rescue workers of New York City, many of whom sacrificed their lives in the line of duty. May your bravery and heroism live on foreverf.
Those who served
City of Antigo Fire Department
Jamie Czerneski
City of Antigo Police Department
Nate Musloff  Eric Roller   Jeremy Wolfe
Langlade County Sheriff's Department
Mark Hoerman   John Konozela   Dale Lenzner   John Schunke

The memorial is located at the Antigo Municipal Building on southbound Edison Street, south of its intersection with 3rd Avenue, at or near 700 Edison Street, Antigo, Wisconsin 54409. 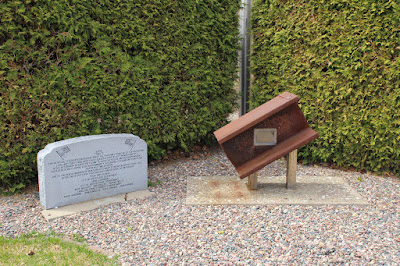 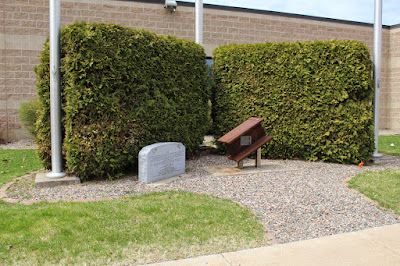 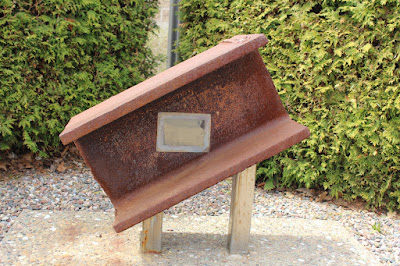 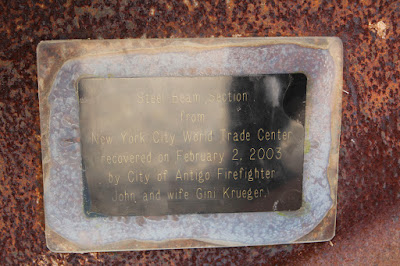 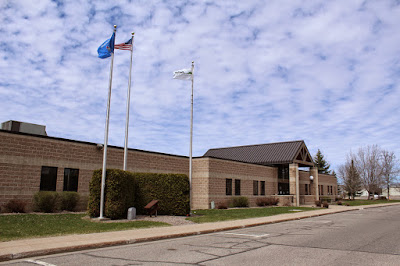 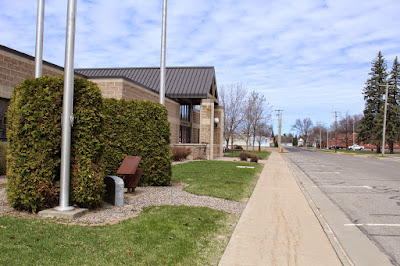 Looking north along Edison Street, with the memorial visible to the left. 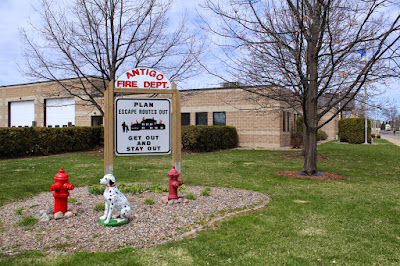