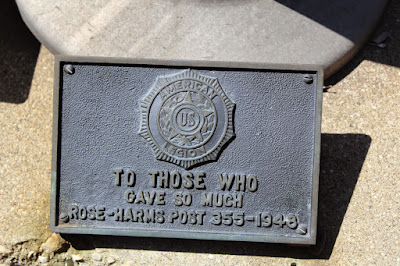 NOTE: The small plaque is at the base of the large American flag flagpole. 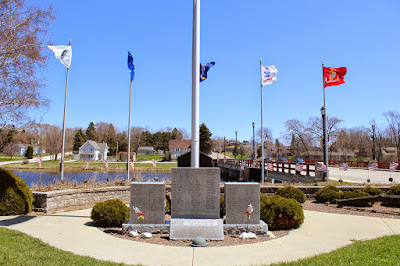 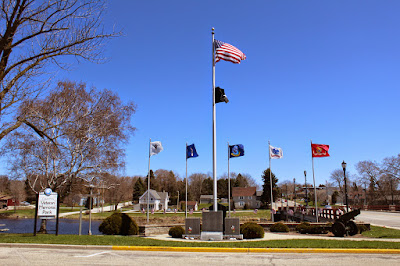 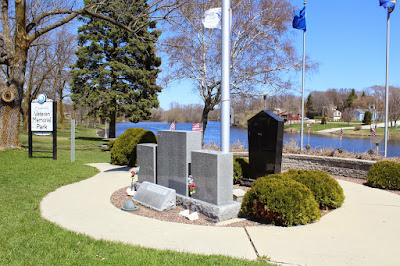 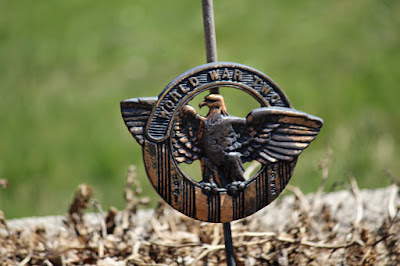 The World War Two medallion at the base of one of the small American flags. 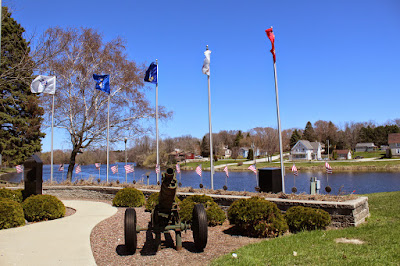 A World War II 75MM Pack Howitzer (Grafton) is also at this location. 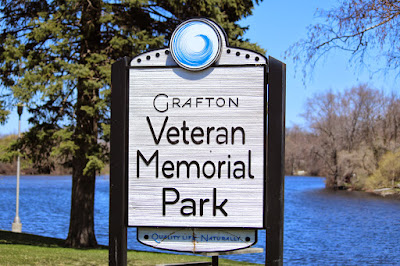 The memorial is located at Grafton Veteran Memorial Park.