Wisconsin Pillar -- from the National WWII Memorial in Washington, DC 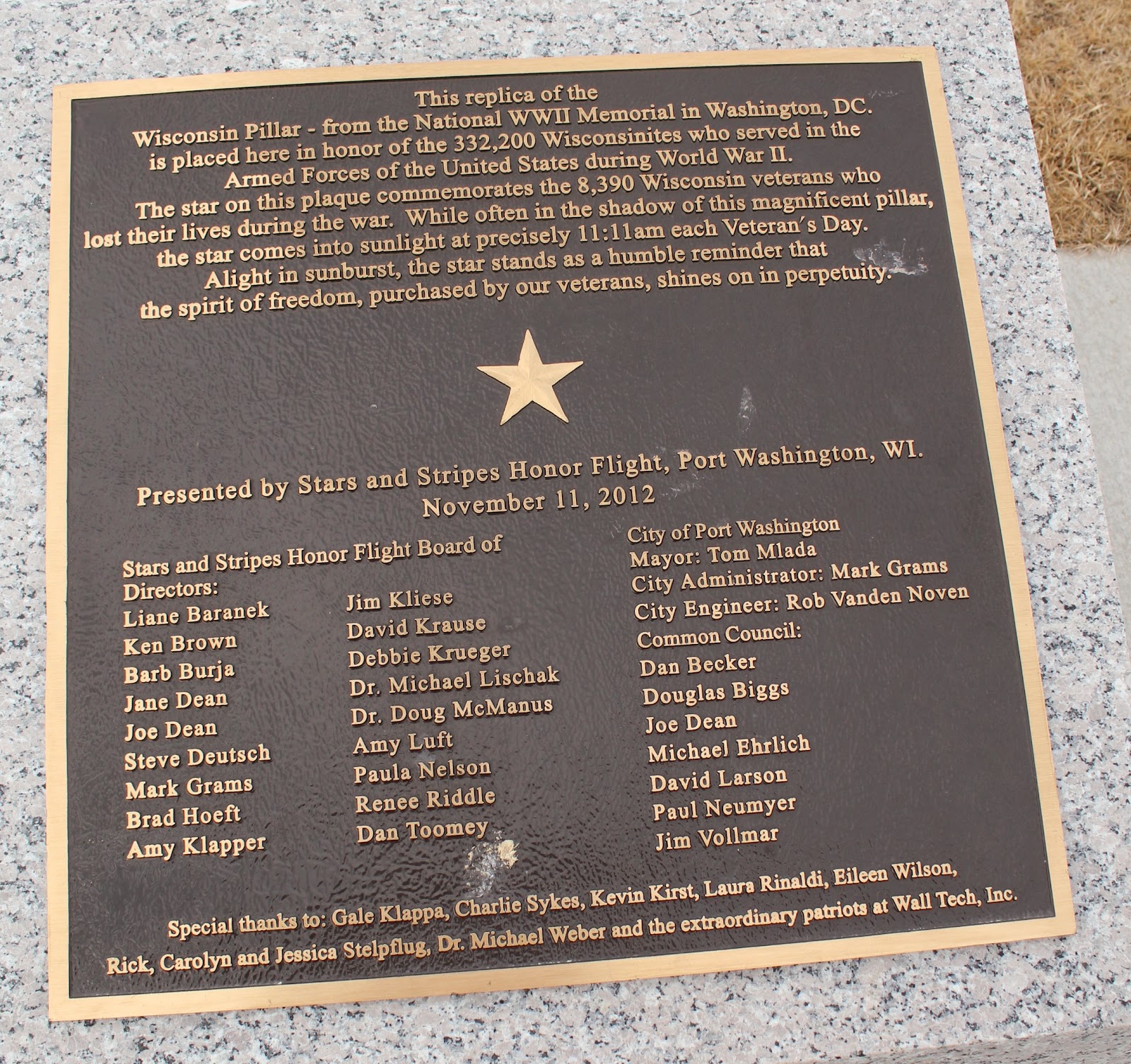 This replica of the
Wisconsin Pillar -- from the National WWII Memorial in Washington, DC. [sic]
is placed here in honor of the 332,000 Wisconsinites who served in the
Armed Forces of the United States during World War II.
The star on this plaque commemorates the 8,390 Wisconsin veterans who
lost their lives during the war. While often in the shadow of this magnificent pillar,
the star comes into sunlight at precisely 11:11am each Veteran's Day. [sic]
Alight in sunburst, the star stands as a humble reminder that
the spirit of freedom, purchased by our veterans, shines on in perpetuity.


NOTE: Marker transcribed exactly as written, including errors in syntax.

The memorial is located at Coal Dock Park and is accessible from South Wisconsin Street, just north of its intersection with West Chestnut Street, Port Washington, Wisconsin 53074. 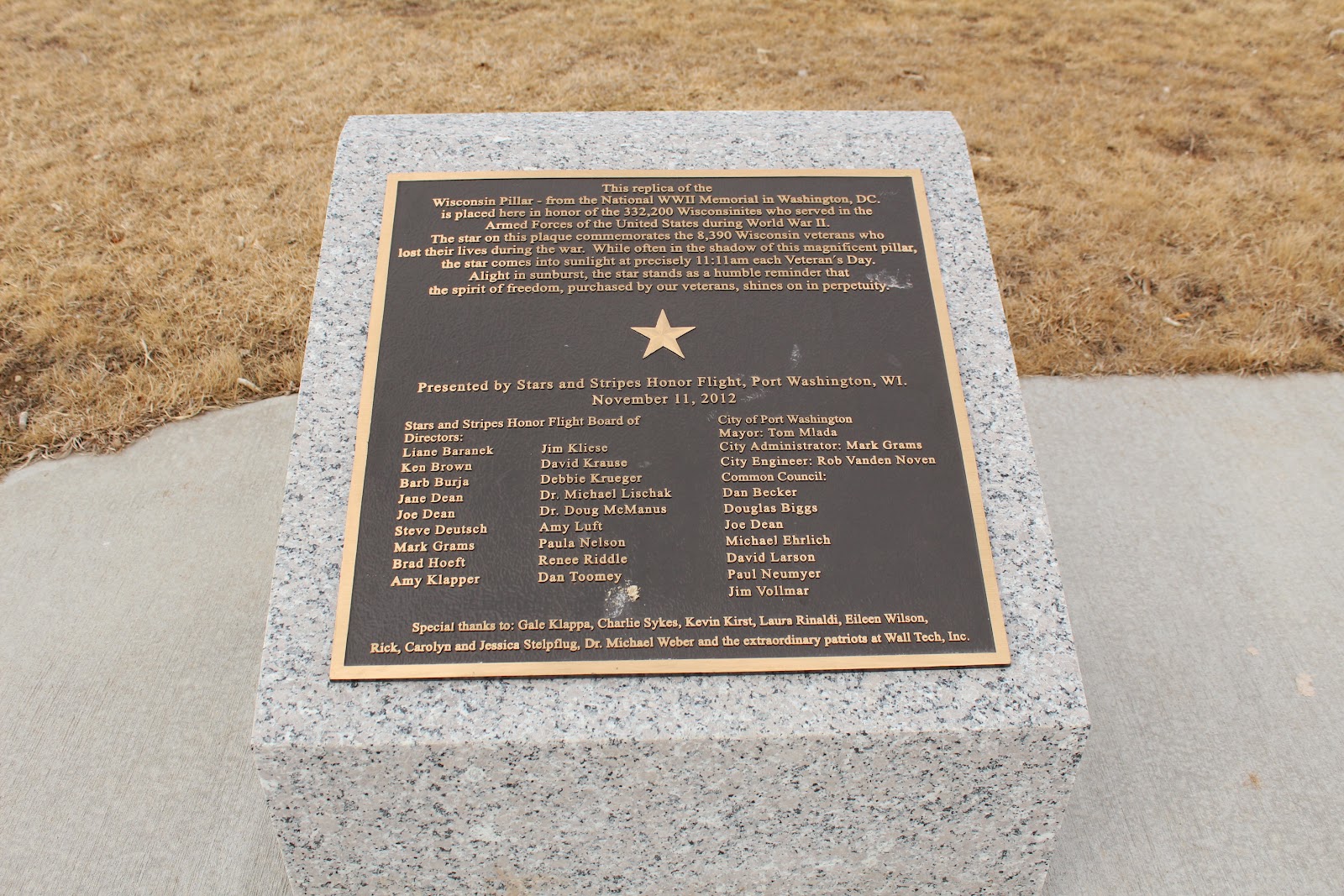 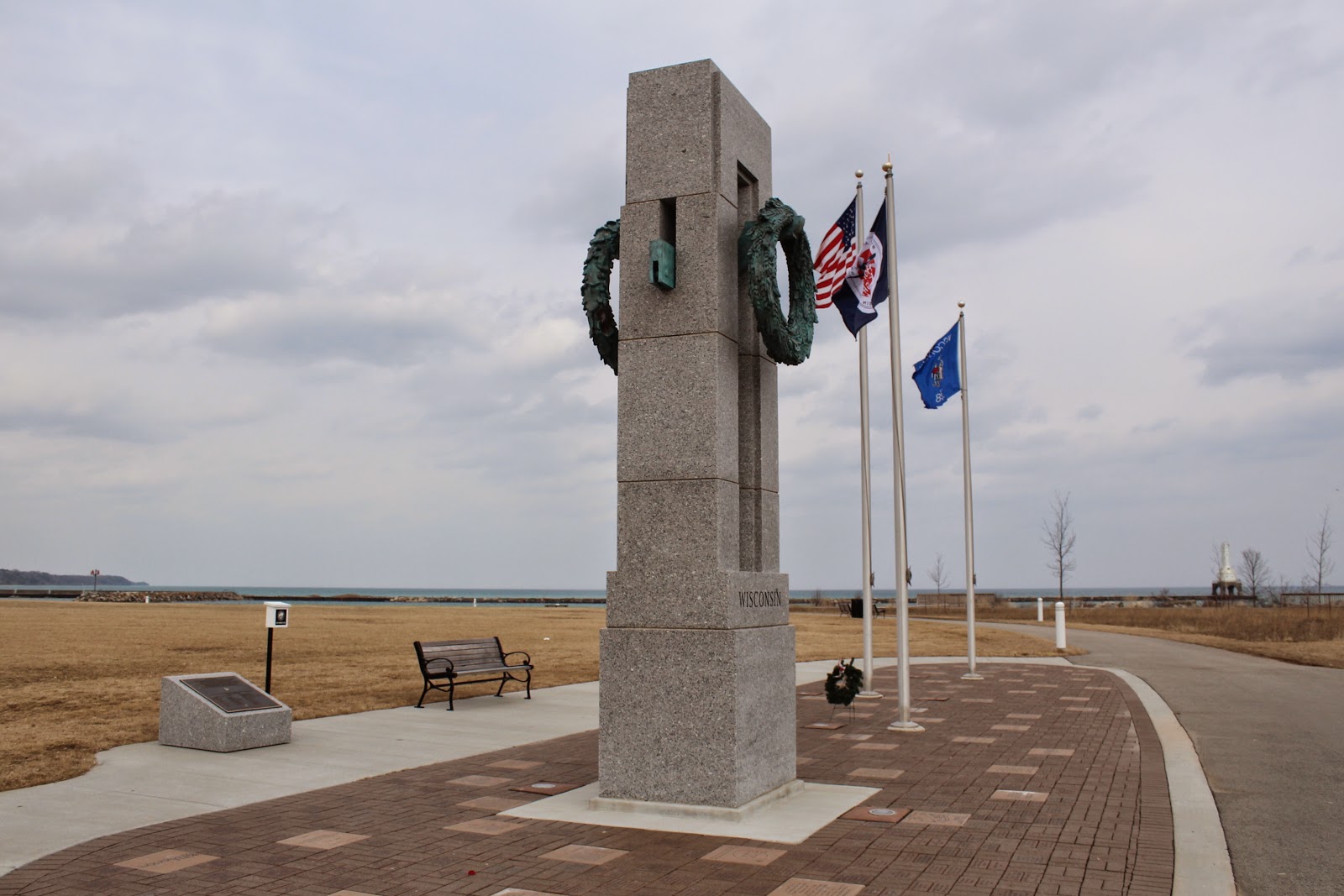 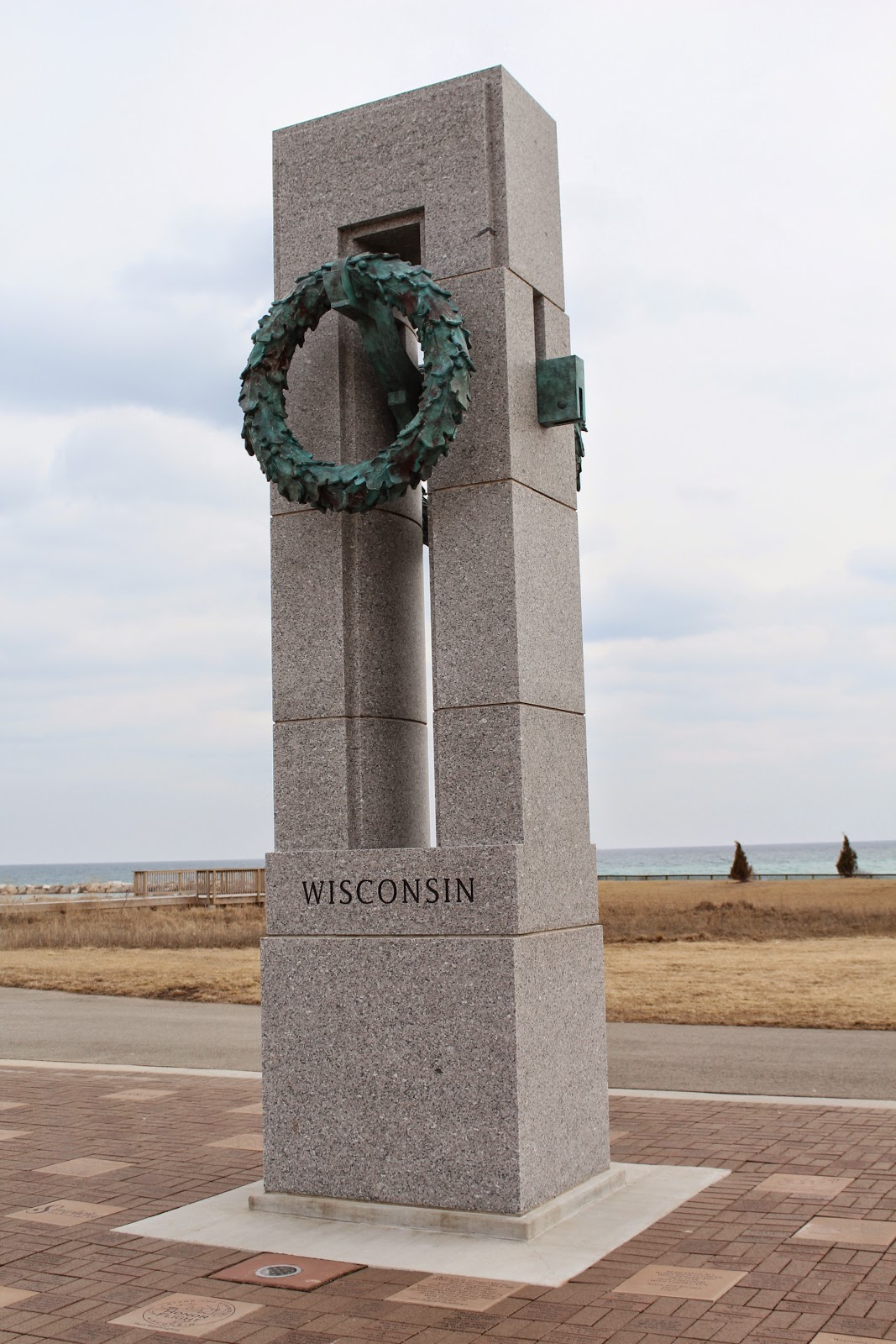 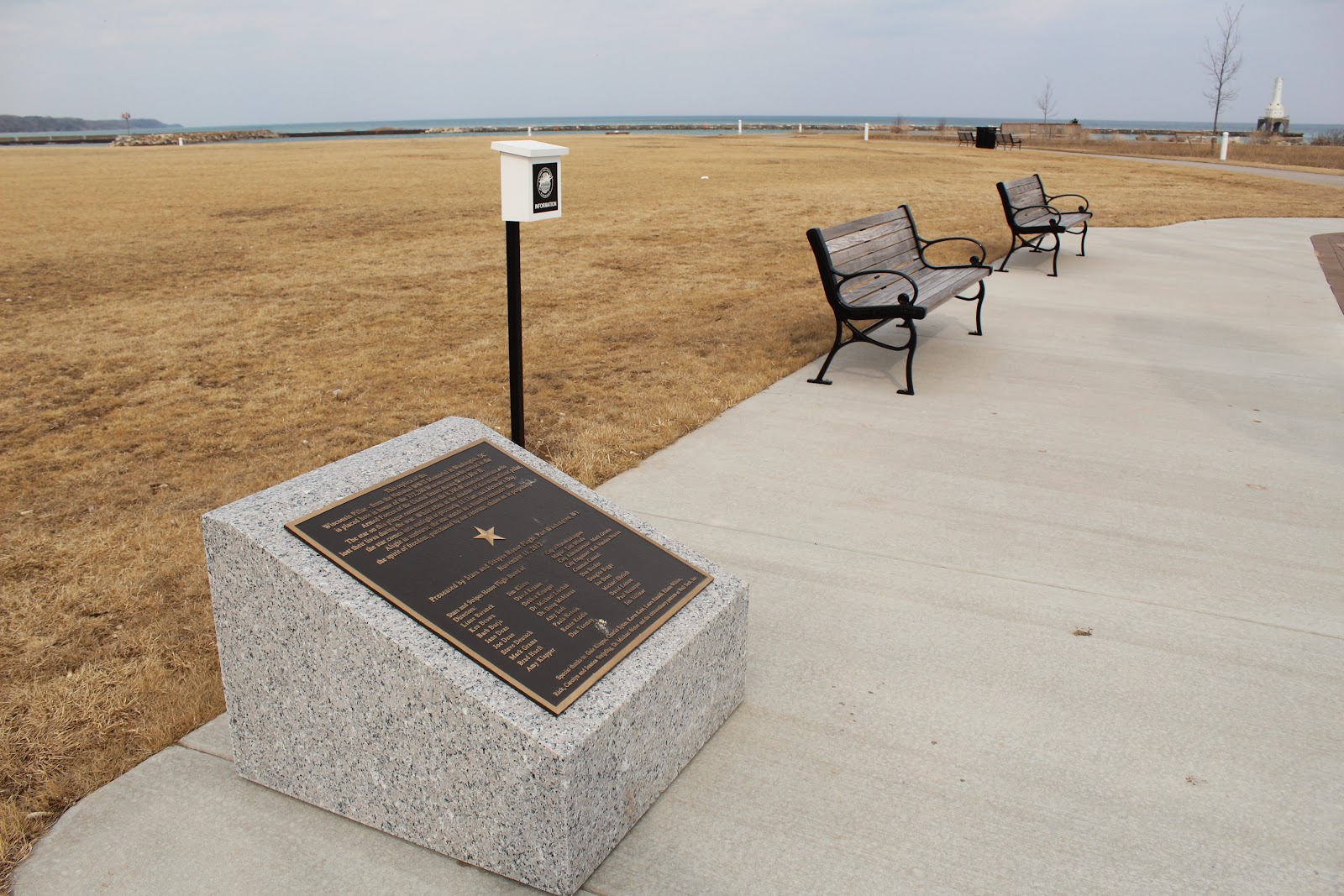 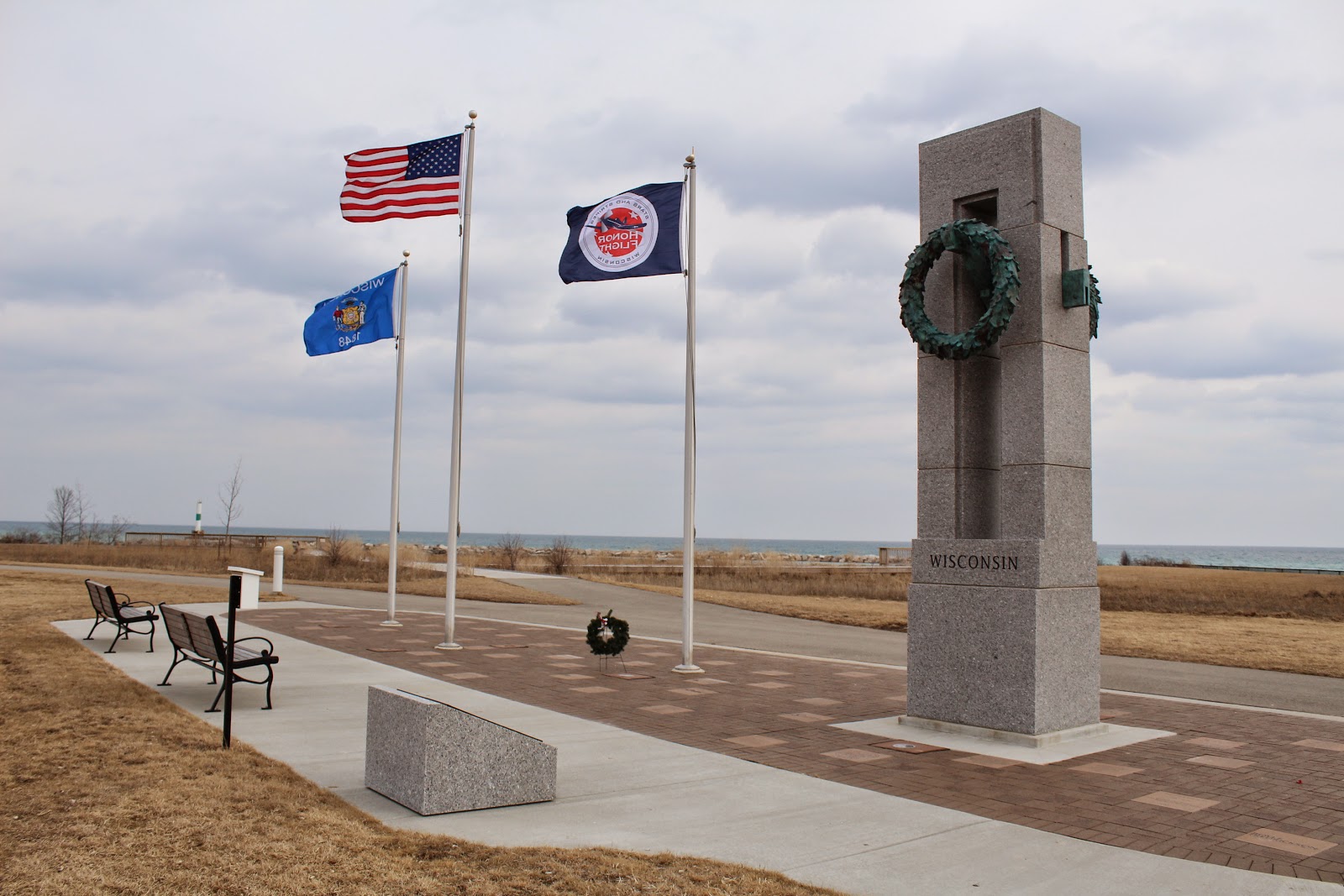 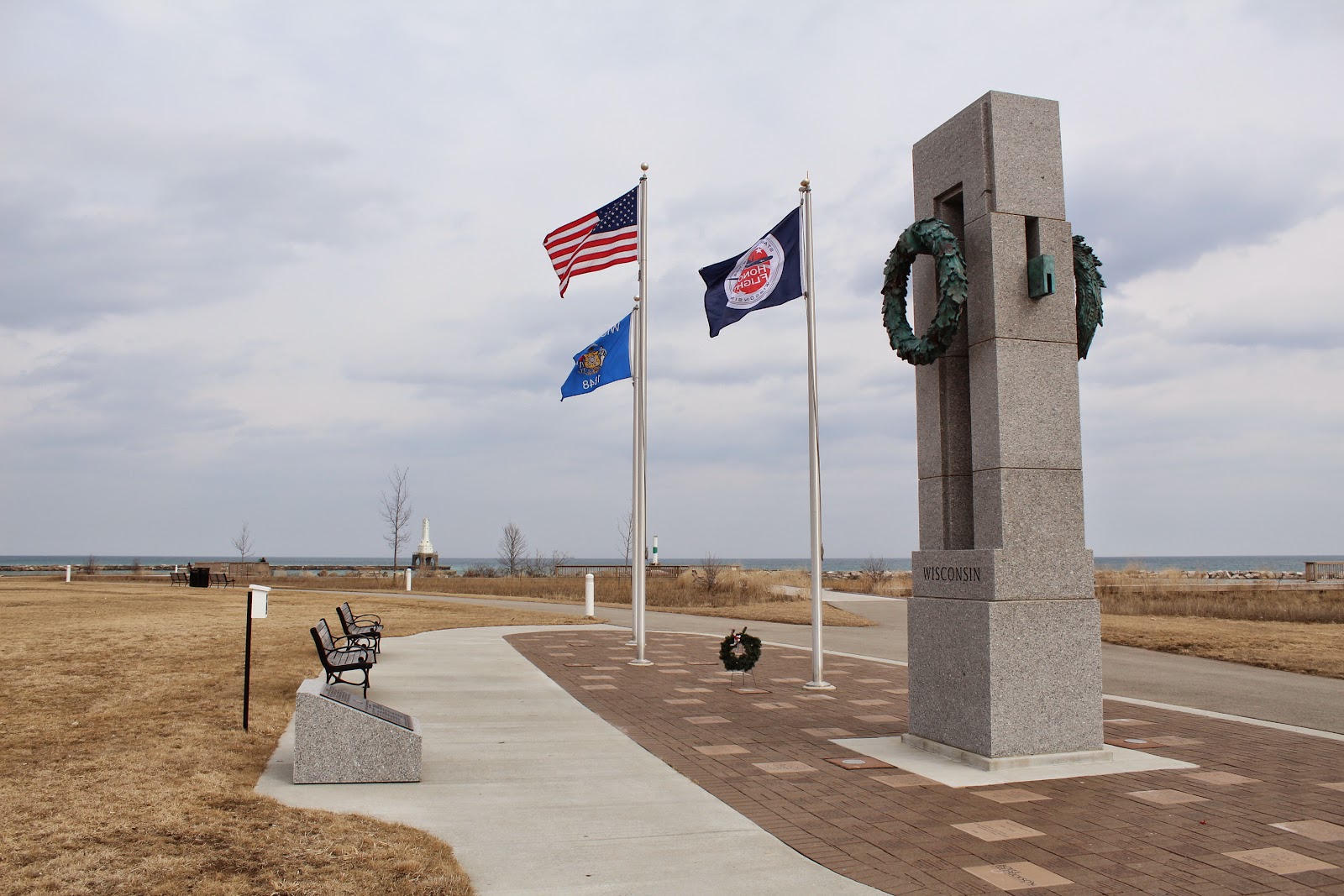 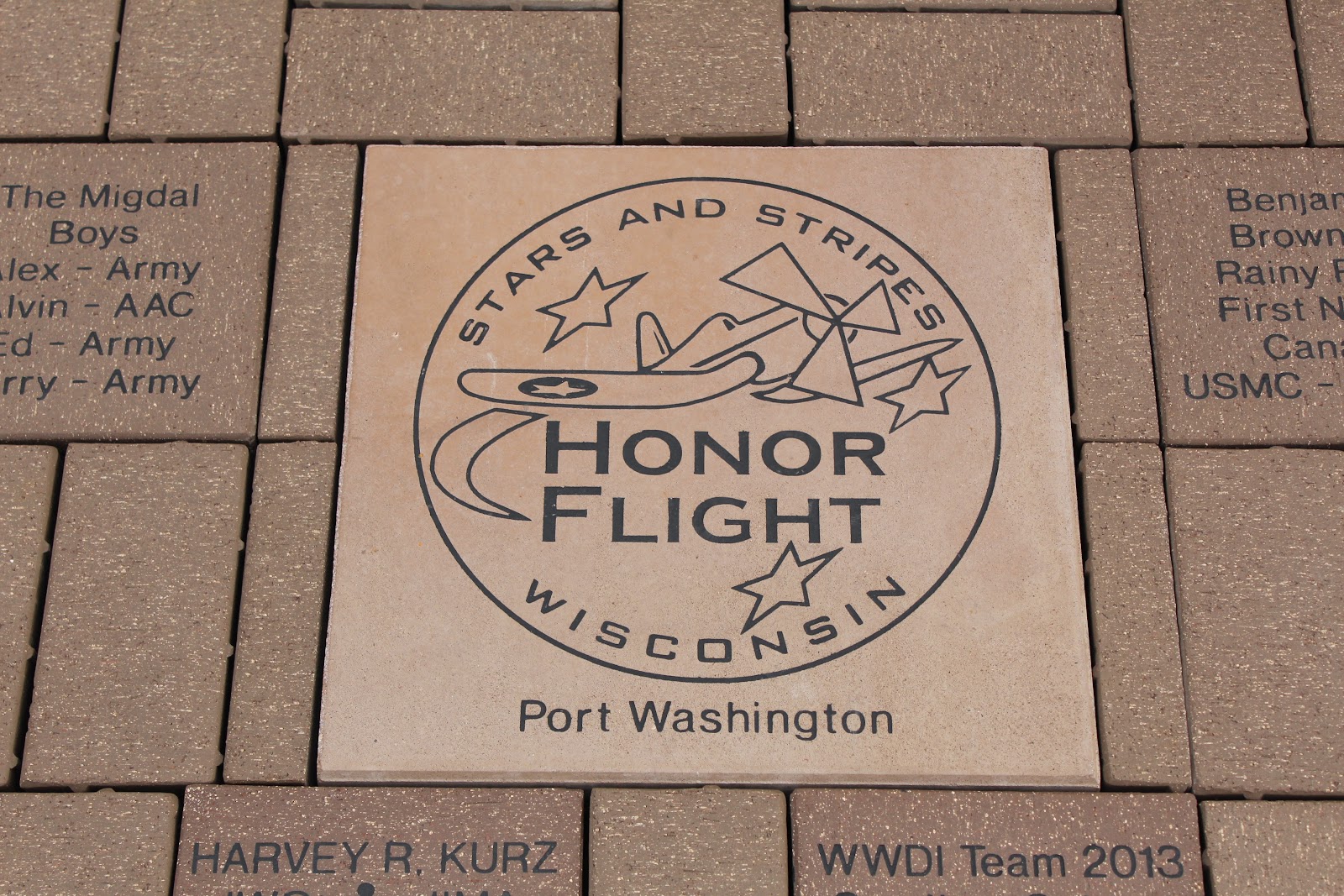 The memorial is part of the Stars and Stripes Honor Flight Wisconsin memorial. 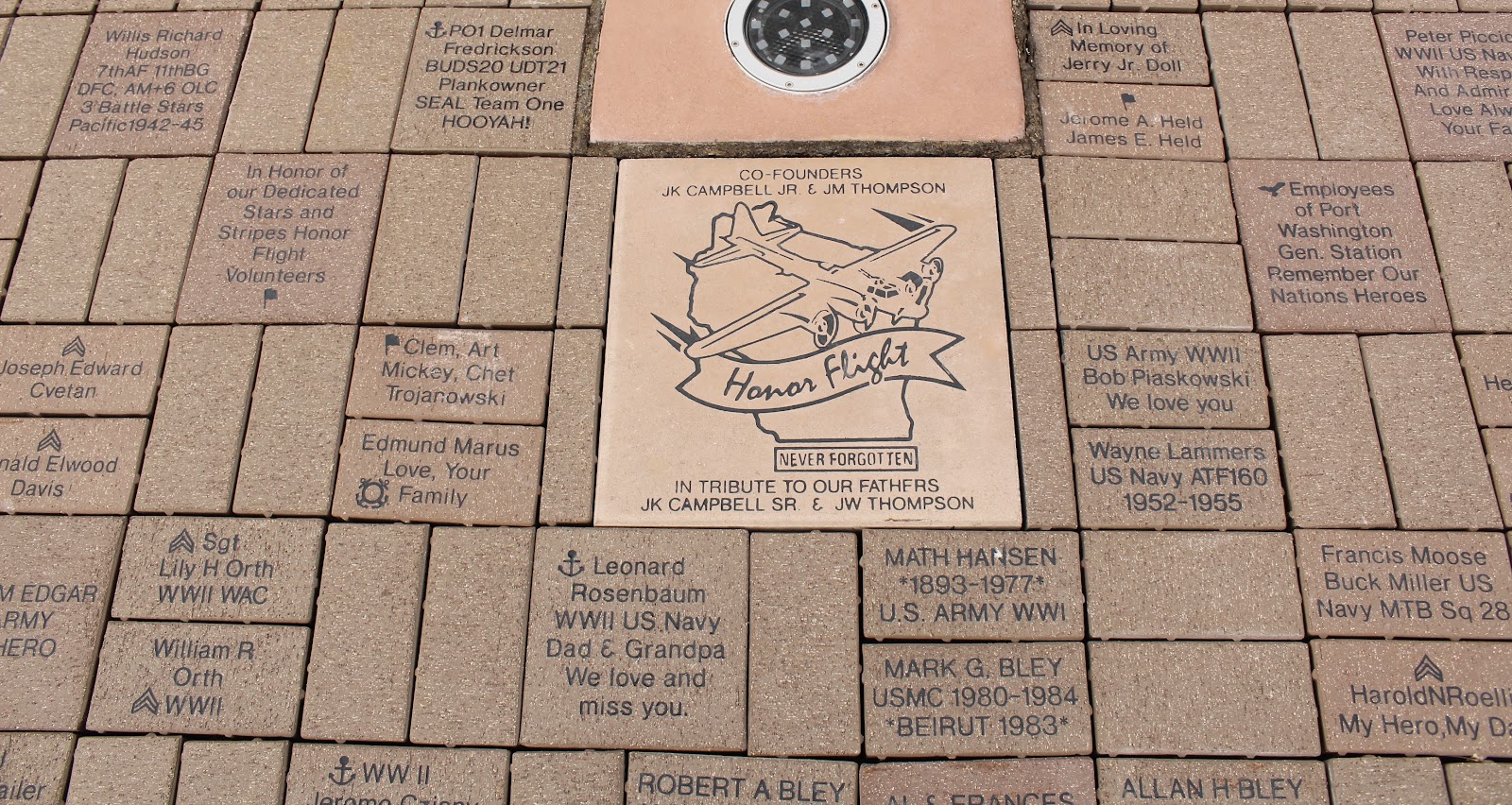 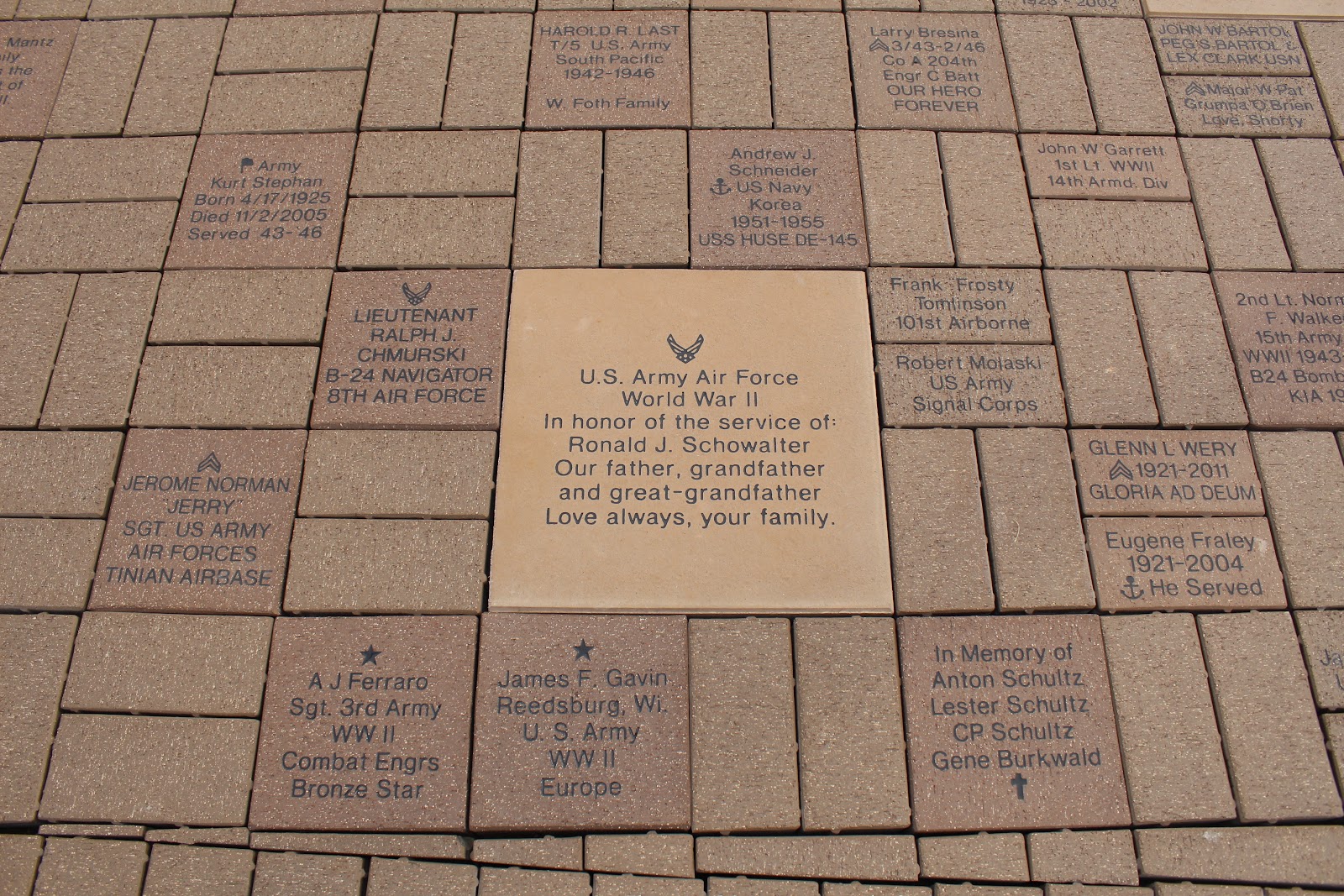 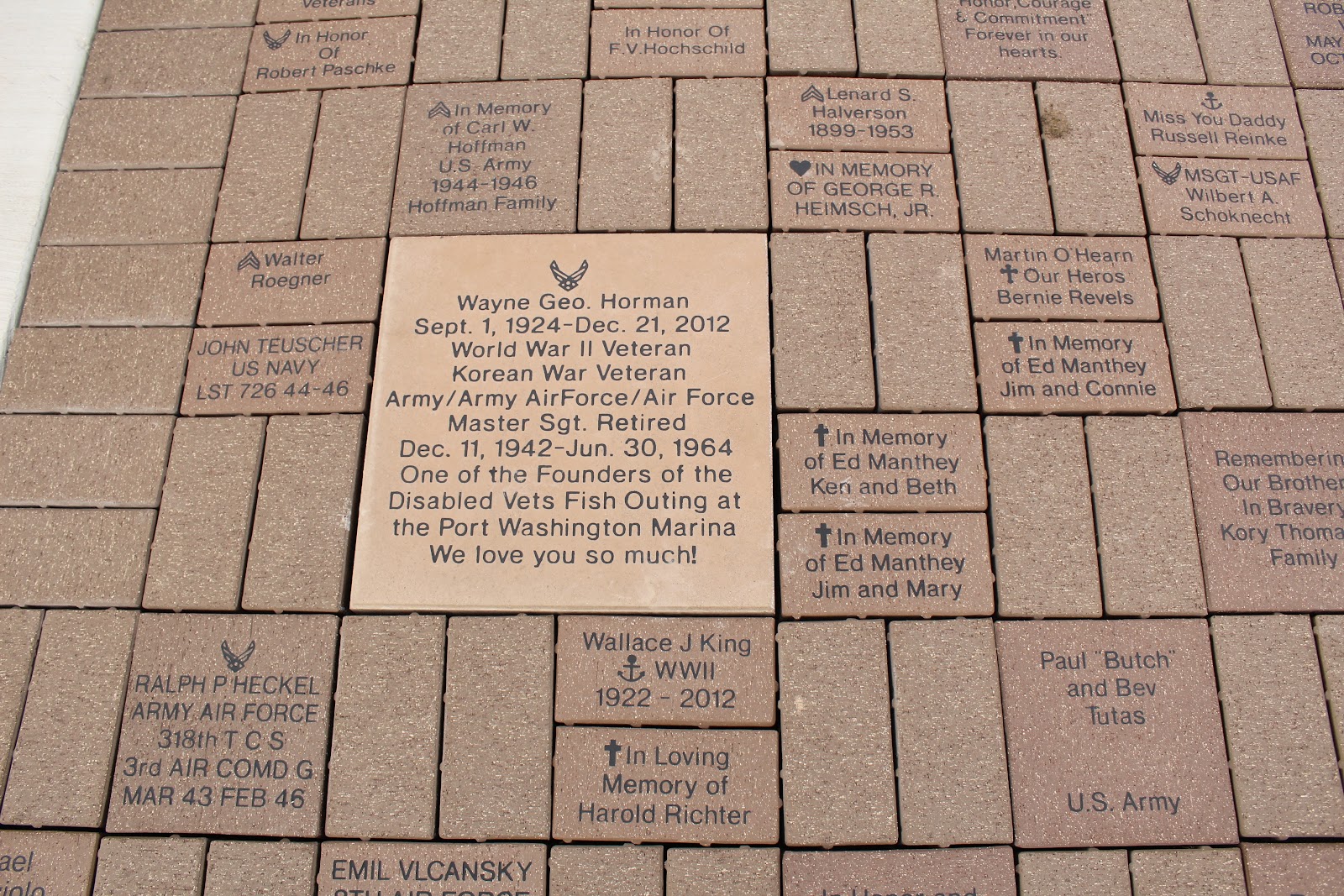 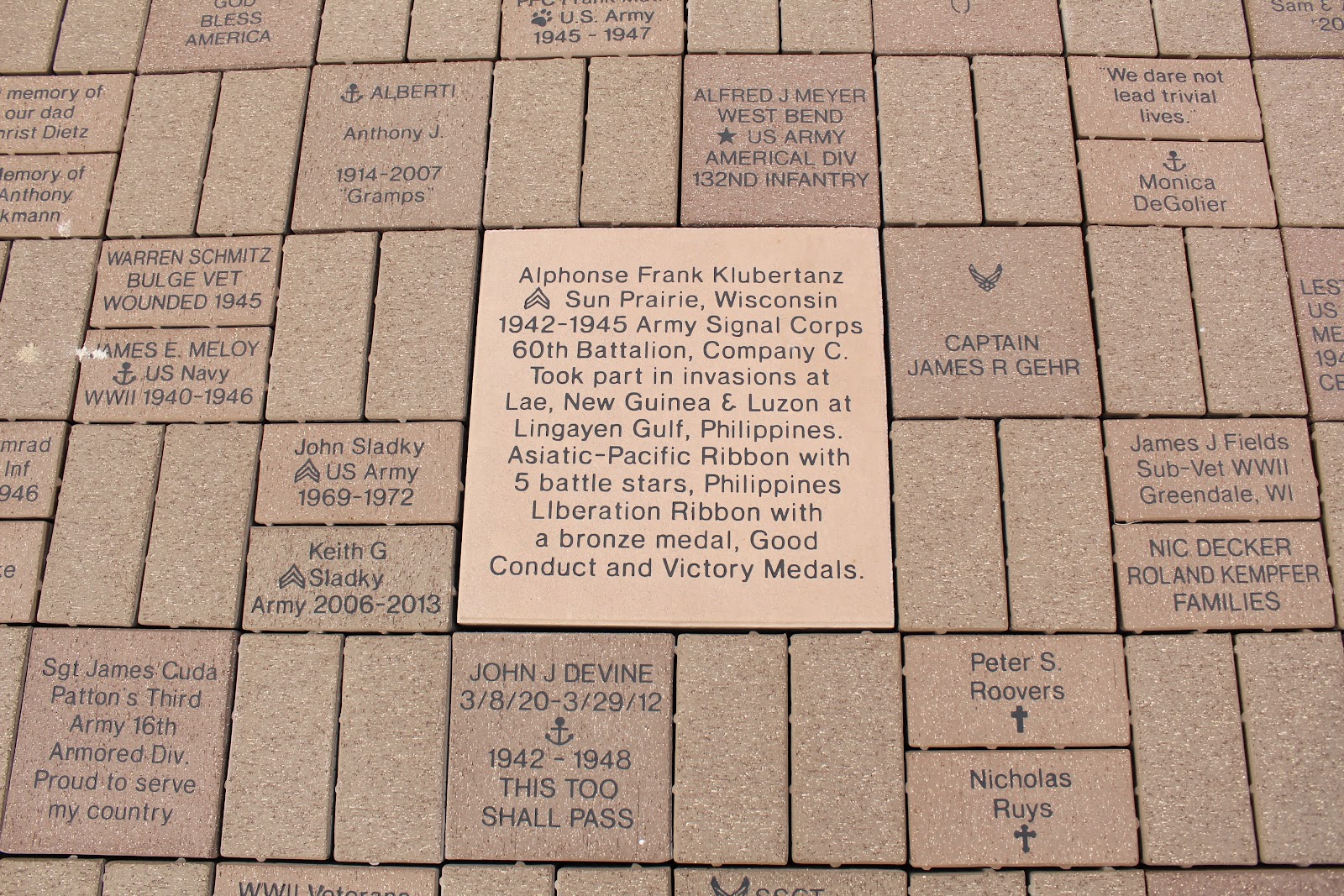 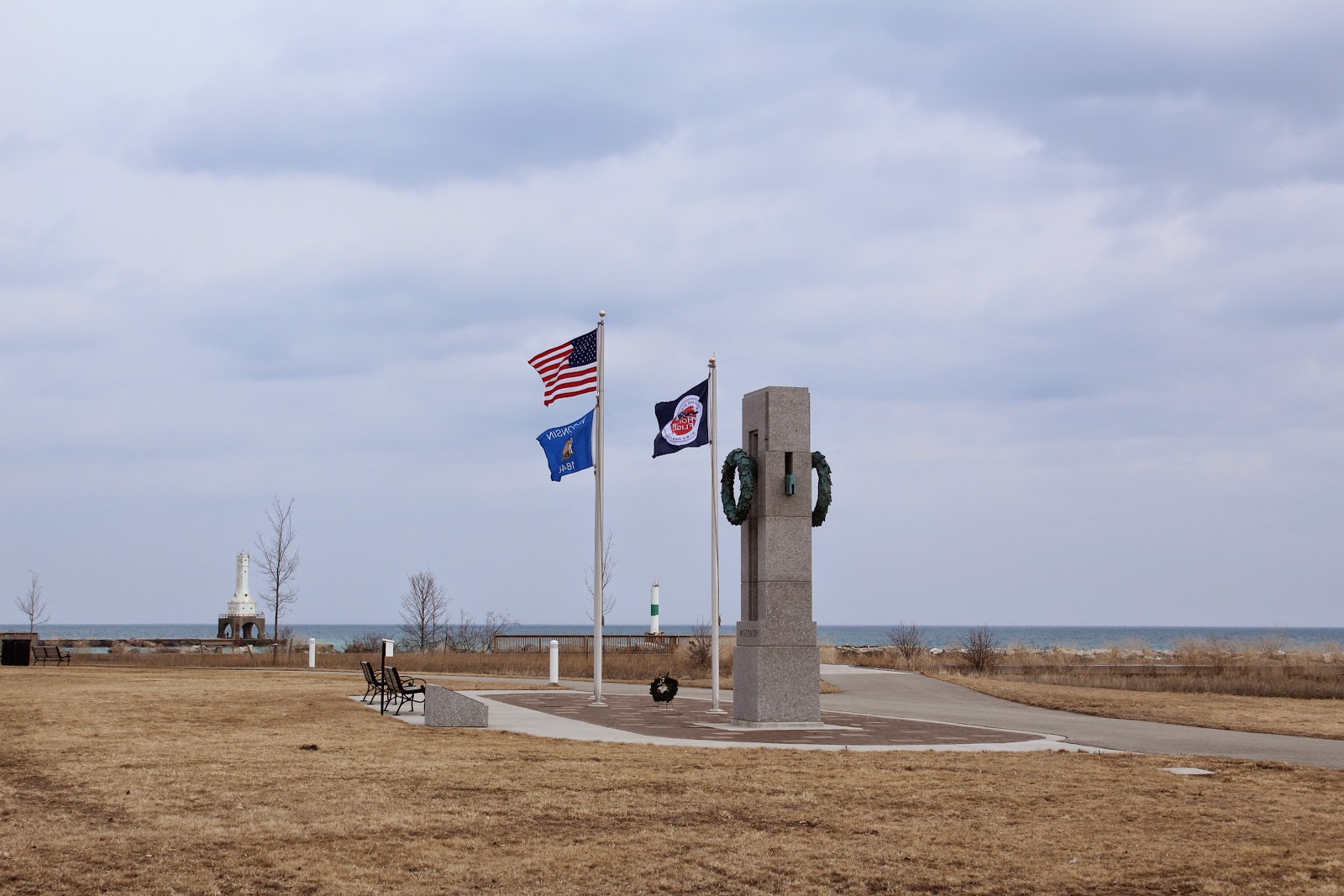 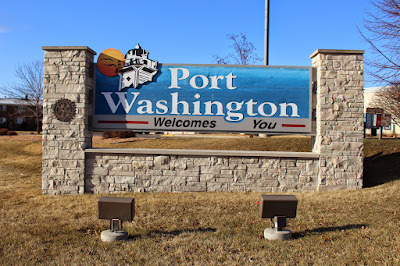