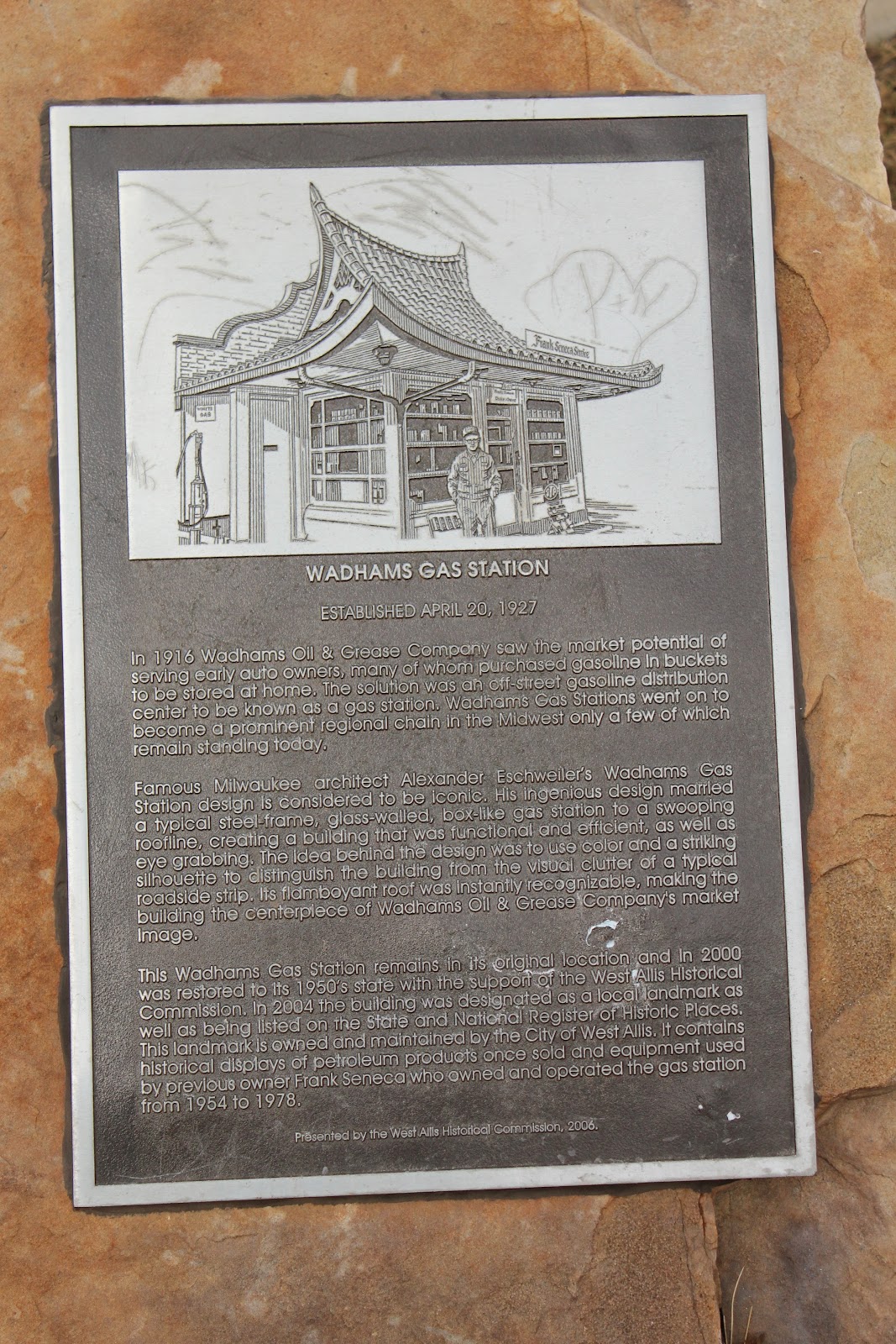 In 1916 Wadhams Oil & Grease Company saw the market potential of serving early auto owners, many of whom purchased gasoline in buckets to be stored at home. The solution was an off-street gasoline distribution center to be known as a gas station. Wadhams Gas Stations went on to become a prominent regional chain in the Midwest only a few of which remain standing today.

Famous Milwaukee architect Alexander Eschweiler’s Wadhams Gas Station design is considered to be iconic. His ingenious design married a typical steel-frame, glass-walled, box-like gas station to a swooping roofline, creating a building that was functional and efficient, as well as eye grabbing. The idea behind the design was to use color and a striking silhouette to distinguish the building from visual clutter of a typical roadside strip. Its flamboyant roof was instantly recognizable, making the building the centerpiece of Wadhams Oil & Grease Company’s market image.

This Wadhams Gas Station remains in its original location and in 2000 was restored to its 1950s state with the support of the West Allis Historical Commission. In 2004 the building was designated as a local landmark as well as being listed on the State and National Registers of Historic Places. This landmark is owned and maintained by the City of West Allis. It contains historical displays of petroleum products once sold and equipment used by previous owner Frank Seneca who owned and operated the gas station from 1954 to 1978.

NOTE: Park behind the building to access the marker.

The Wadhams Station in West Allis, located at South 76th Street and West National Avenue, was built in 1927. Harger W. Dodge, a son-in-law of Edward A. Wadhams, inherited the Wadhams Oil and Grease Company of Milwaukee in 1916. Responding to the merchandising problems of the new petroleum industry, Dodge set out to make his retail gasoline stations both utilitarian and aesthetically appealing.

He hired Milwaukee’s most prominent society architect, Alexander C. Eschweiler, to design a prototype gasoline station. Eschweiler may have chosen the oriental design for two reasons: the first was that the Japanese model had been established in the Midwest as a viable model for architecture at the Philadelphia, Chicago and St. Louis World Fairs of 1876, 1893 and 1904 respectively. The second possibility was that he was influenced by Frank Lloyd Wright’s work in designing the Imperial Hotel in Tokyo, Japan. The station in West Allis was designed and built by Hugo C. Hauser of Milwaukee.

The Wadhams “oriental” station was incredibly successful, resulting in the building of over one hundred such structures between 1917 and 1930 throughout the Upper Midwest. Its unique characteristics included white painted brick walls, wood framed roof covered with stamped metal tile painted red, and stained glass windows on the north and south elevations. The stained glass windows are yellow displaying a large red “W” to advertise the company. The tile was manufactured by Bauer and Ward Sheet Metal Company; the brick came from Rickertson and Schwartz Brick Company.

Frank Seneca leased the station from Wadhams in 1938 until he retired in 1978. Restored in 1999-2000 by the City of West Allis Department of Development, the interior currently displays many artifacts from Wadhams and Mobil.


The property is listed on the National Register of Historic Places: Wisconsin: Milwaukee County. 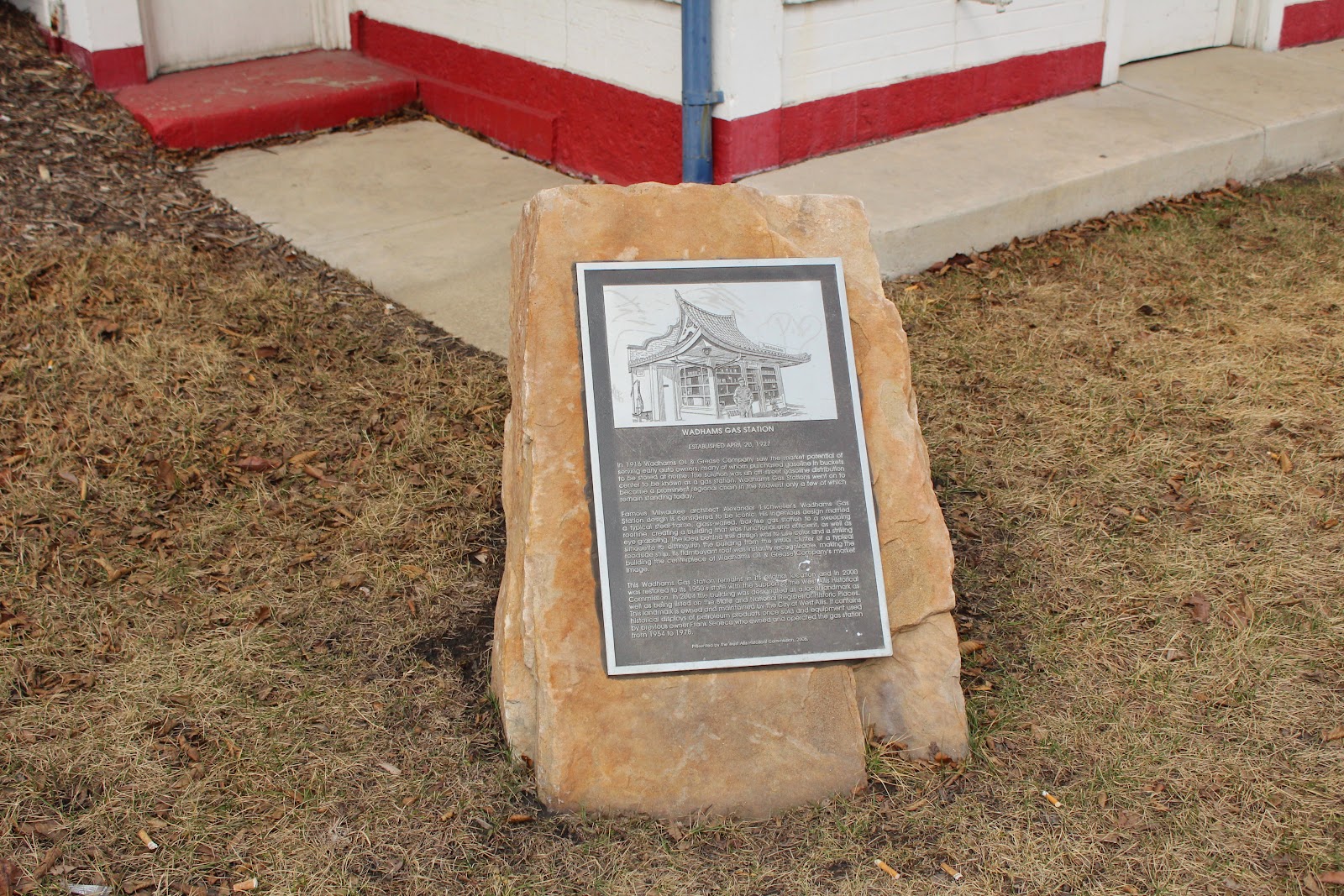 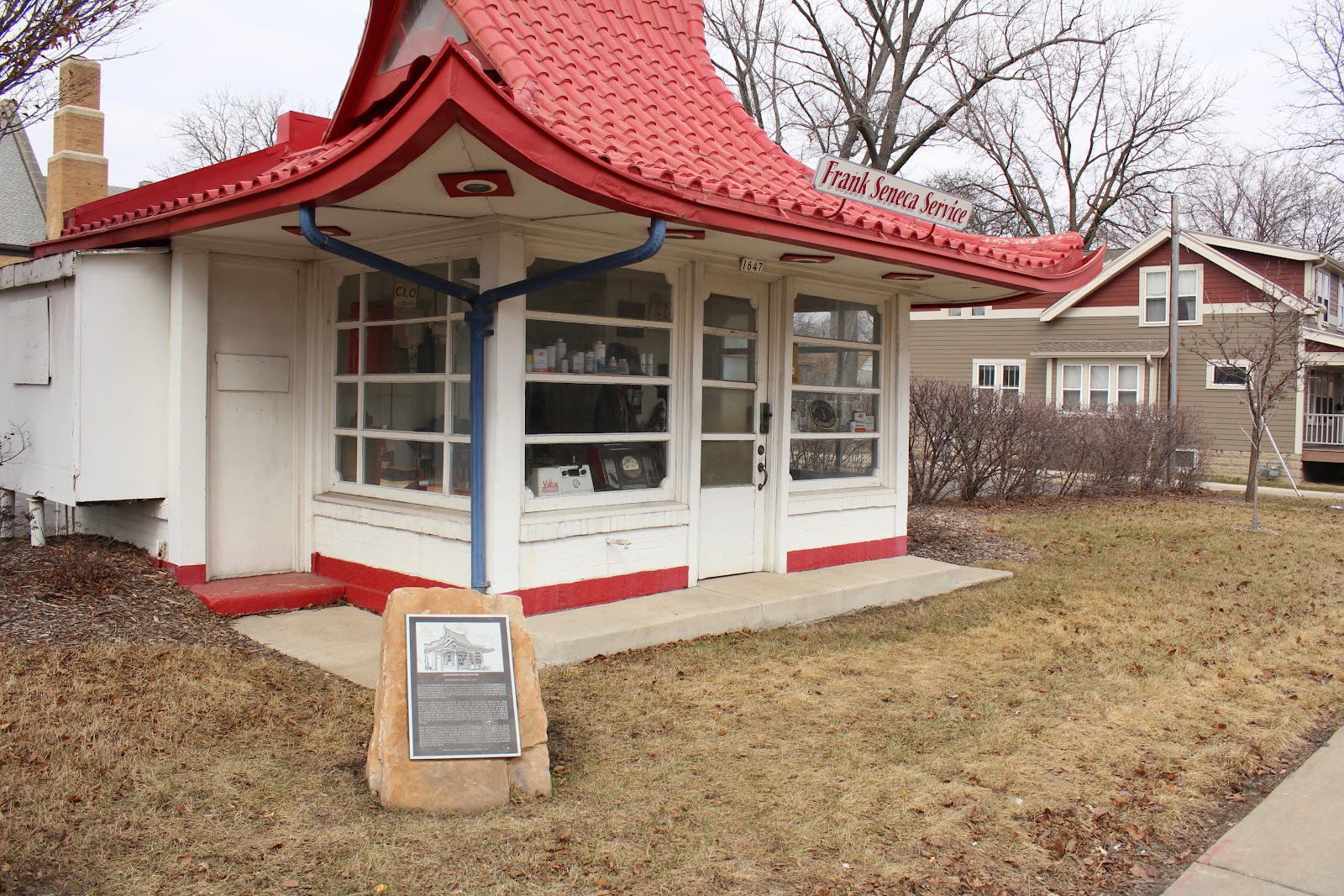 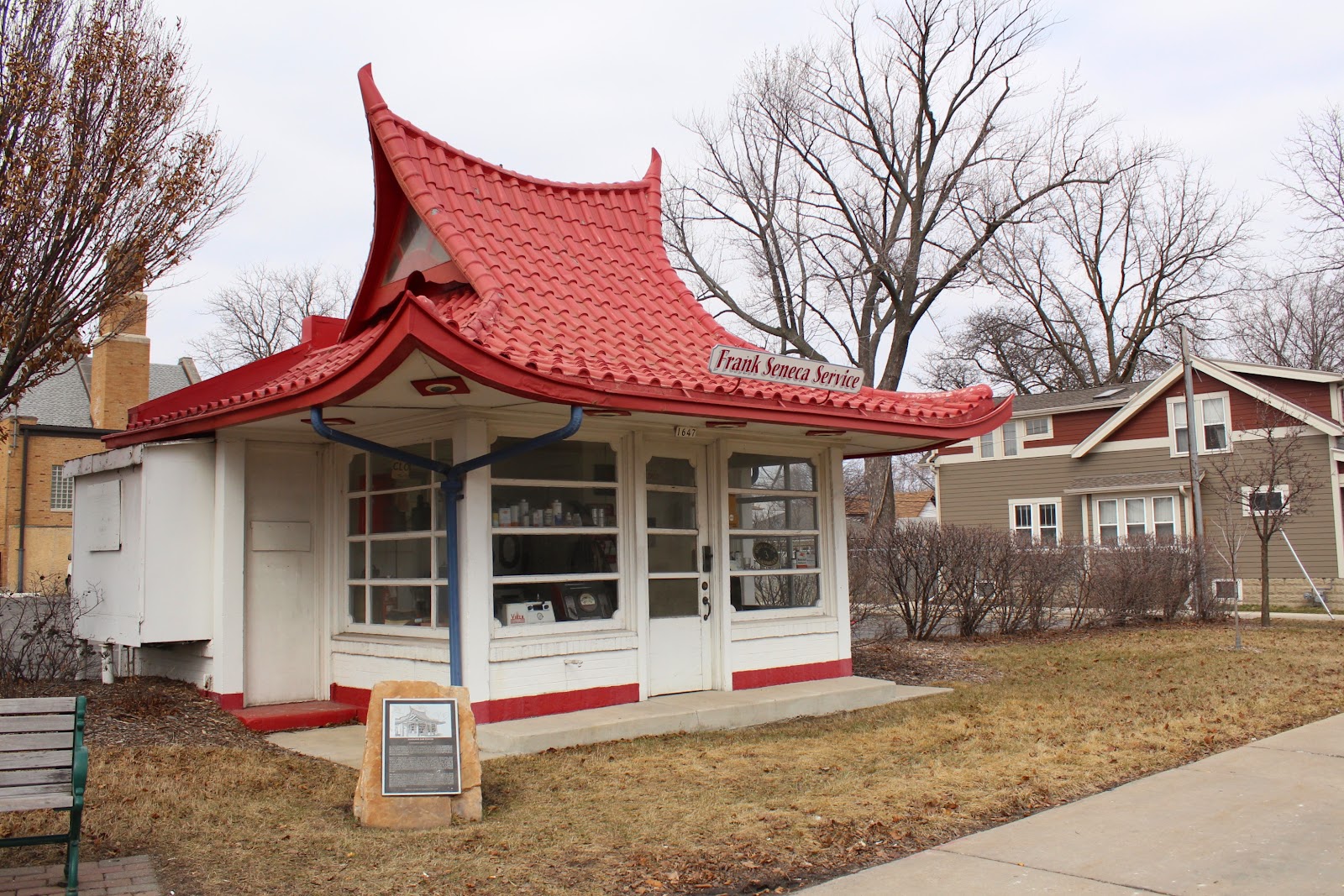 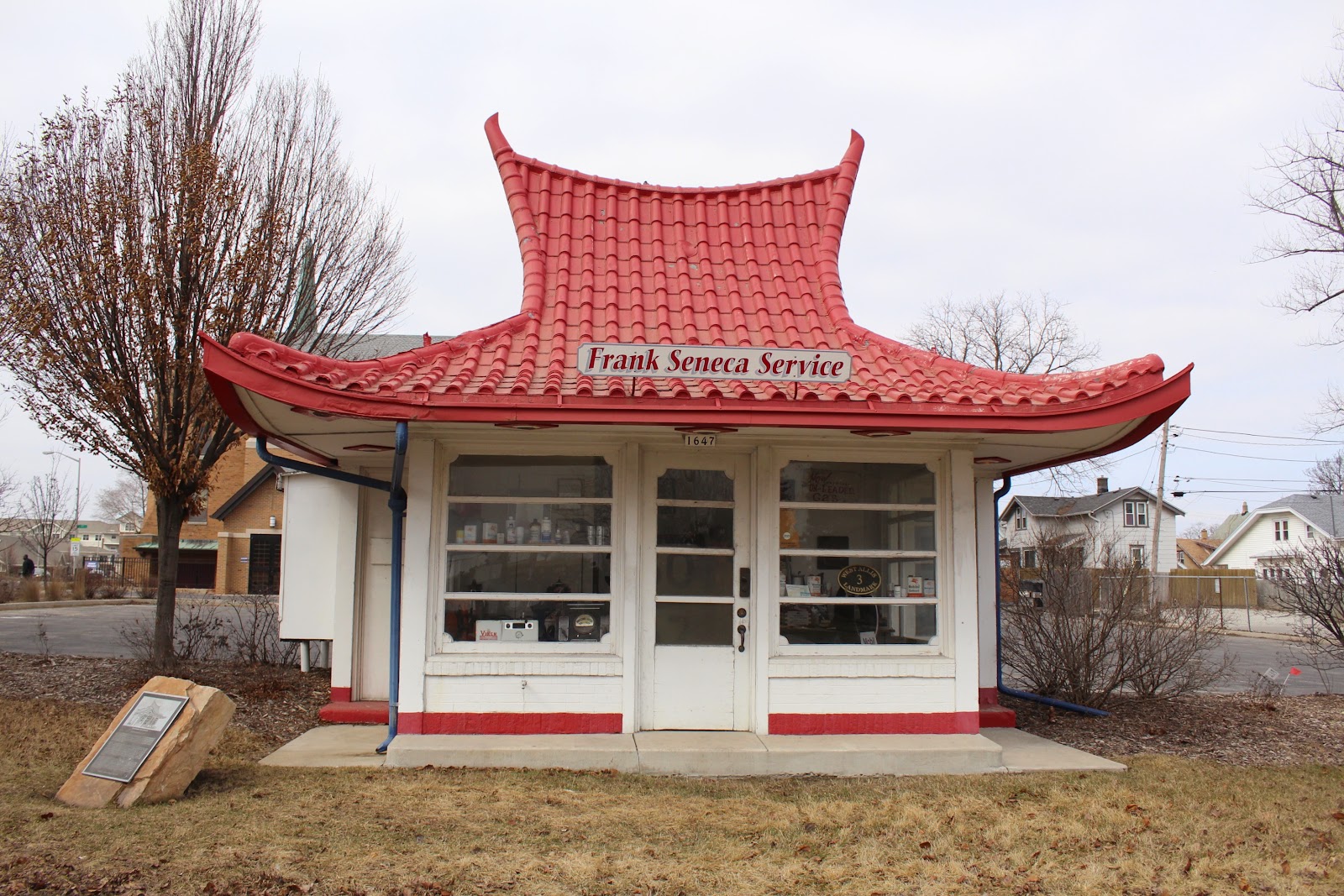 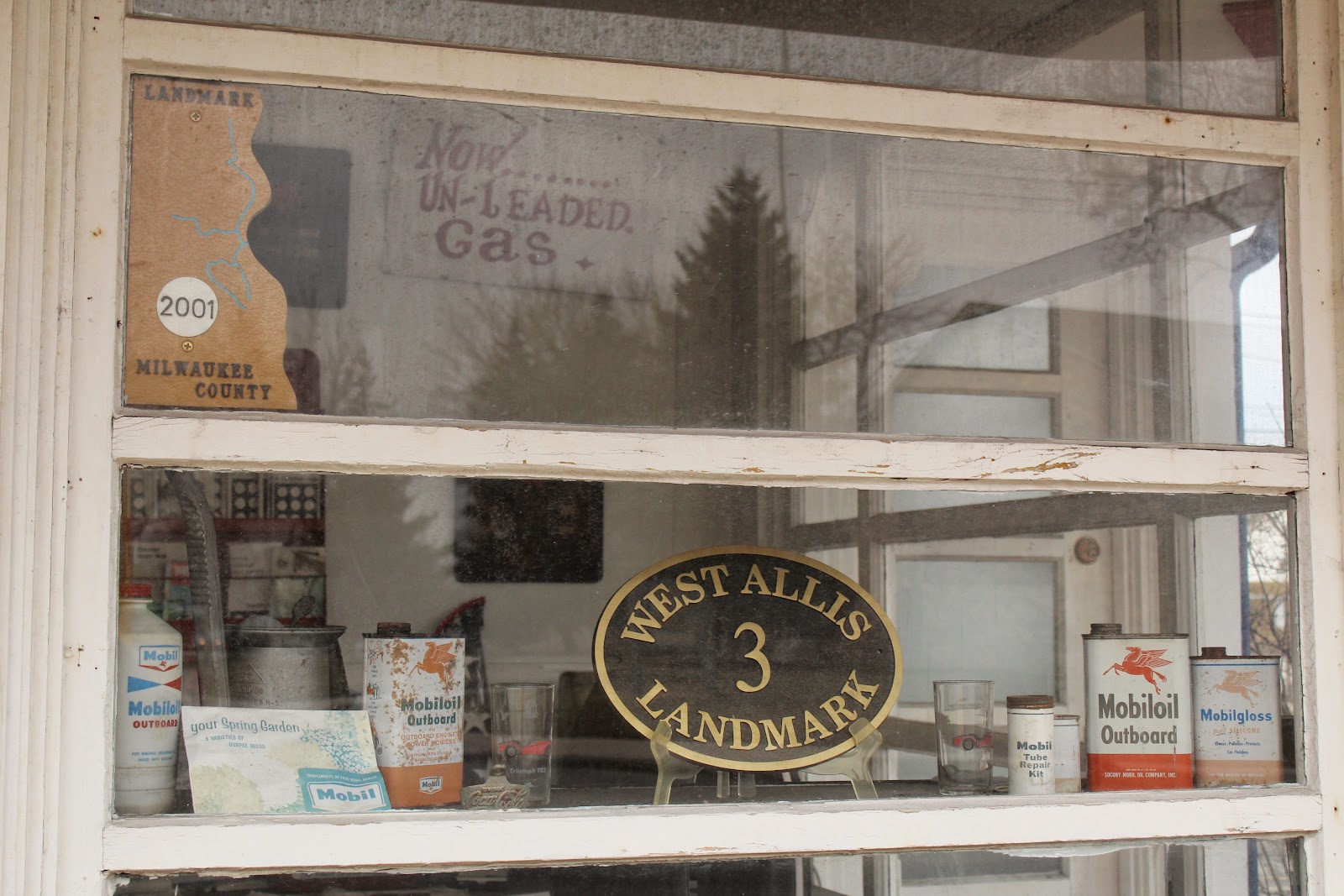 The property is a West Allis Landmark
and a Milwaukee County Landmark (designated 2001). 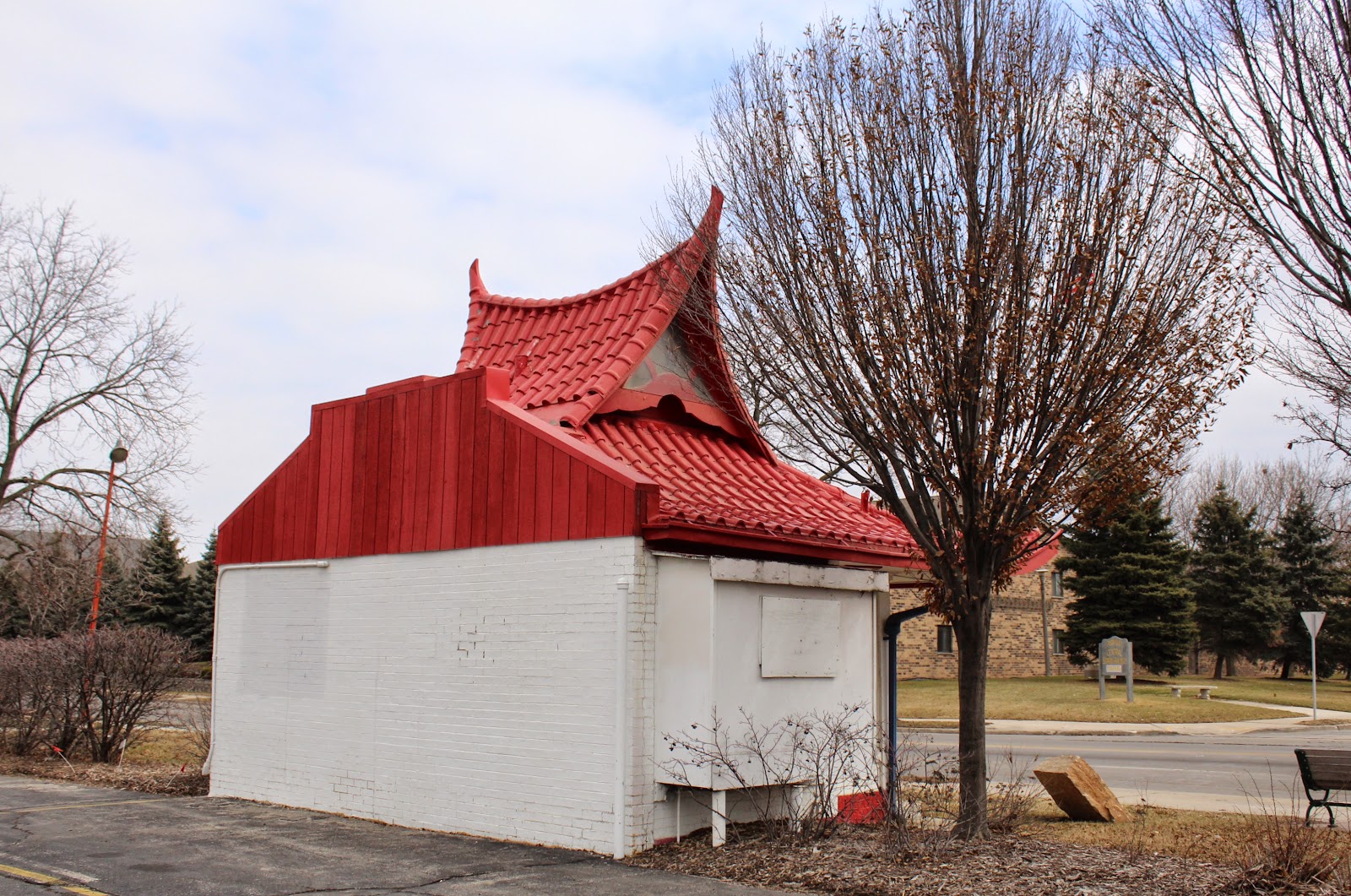 Plenty of parking behind the gas station
(that's South 76th Street in the background).