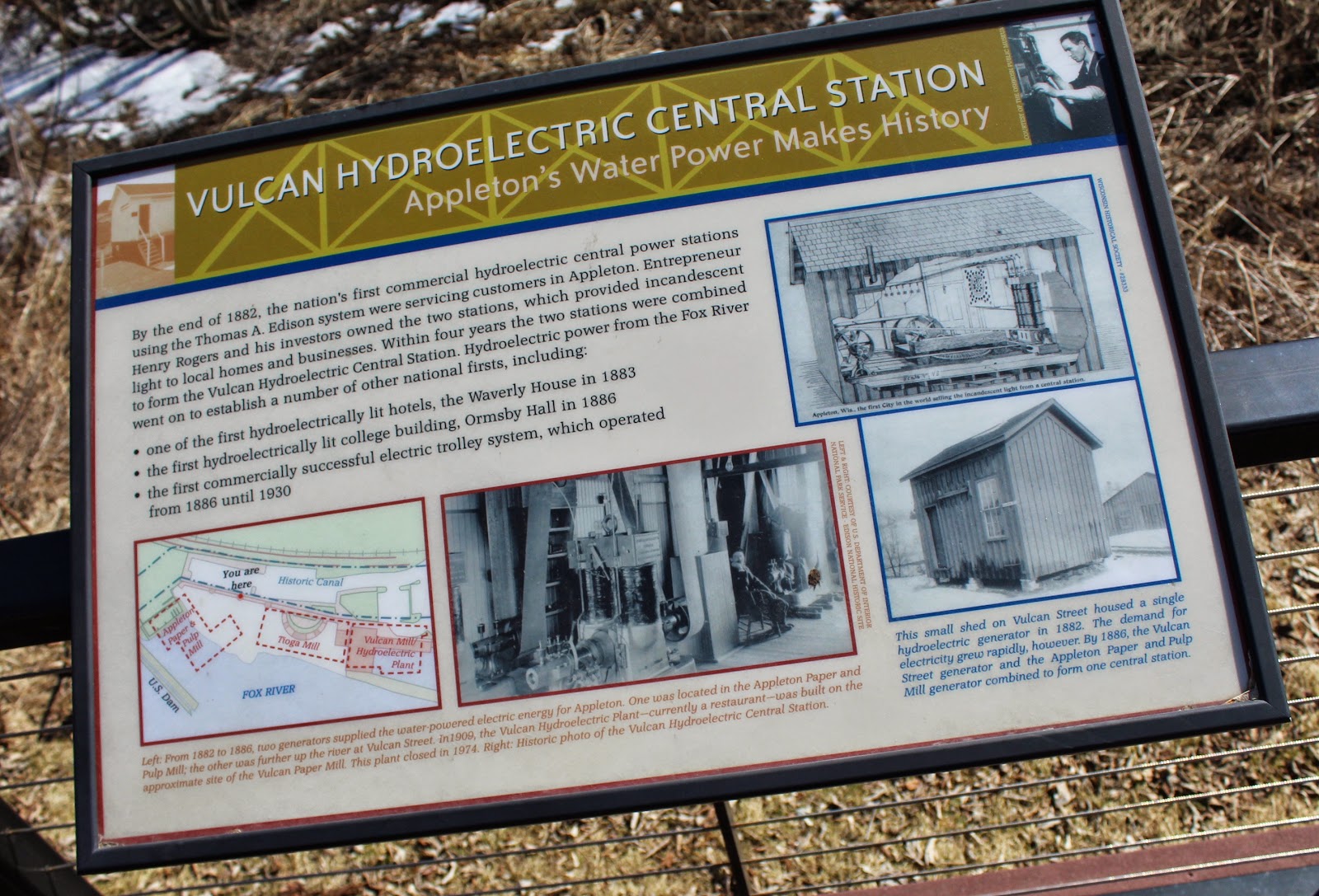 By the end of 1882, the nation's first commercial hydroelectric central power stations using the Thomas A. Edison system were servicing customers in Appleton. Entrepreneur Henry Rogers and his investors owned the two stations, which provided incandescent light to local homes and businesses. Within four years the two stations were combined to form the Vulcan Hydroelectric Central Station. Hydroelectric power from the Fox River went on to establish a number of other national firsts, including: 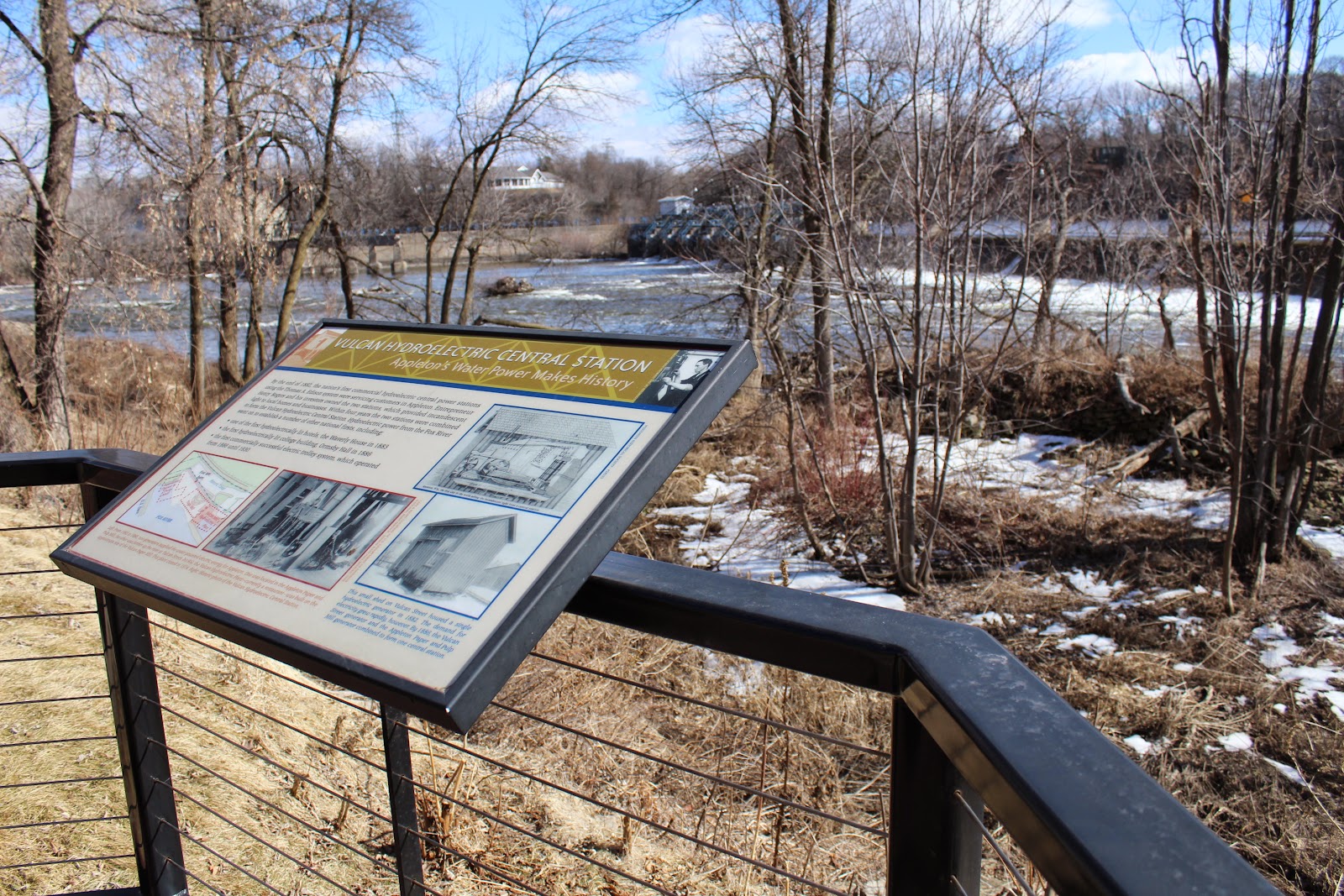 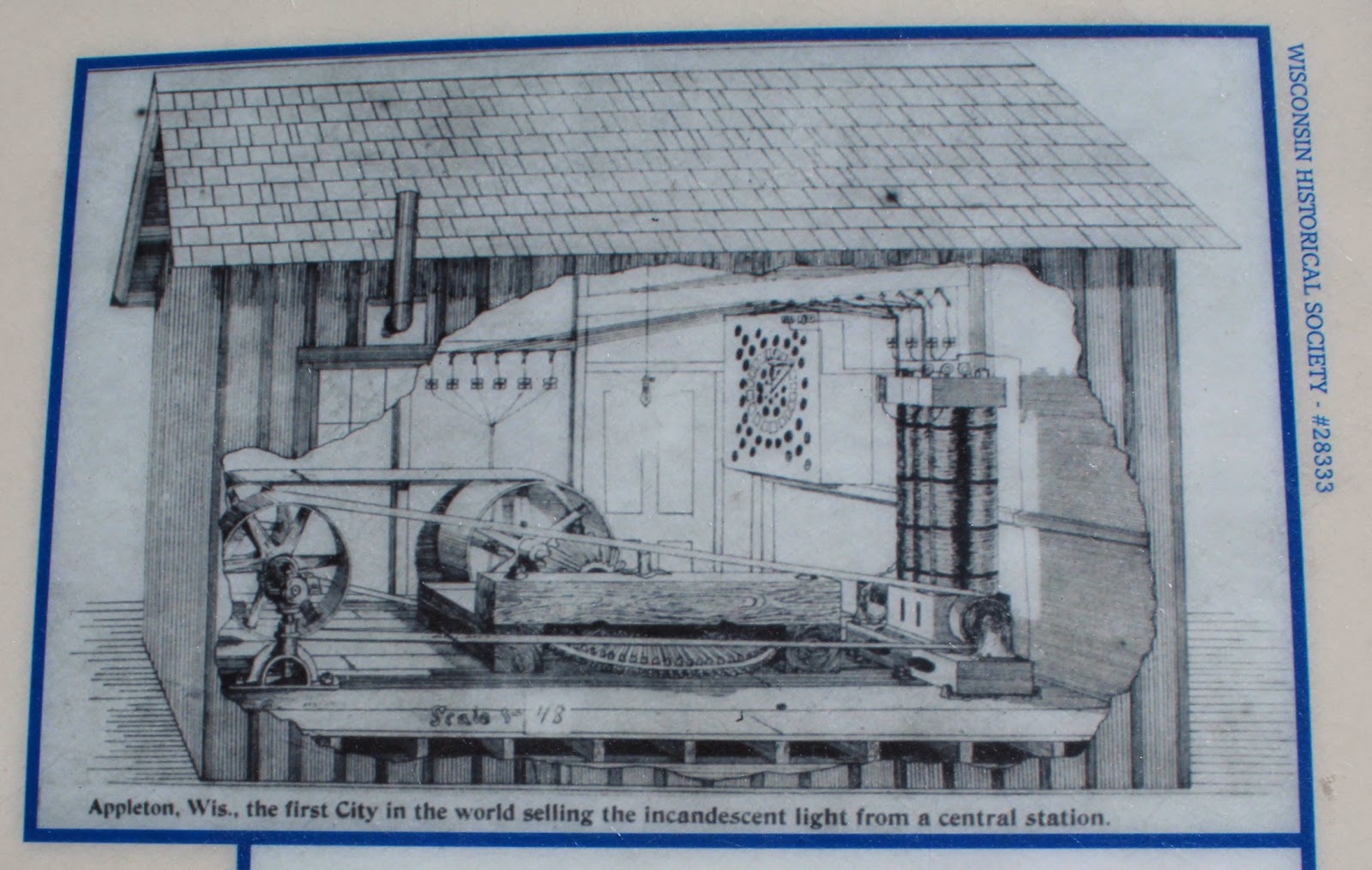 Appleton, Wis., the first City in the world selling the incandescent light from a central station.

Left: From 1882 to 1886, two generators supplied the water-powered electric energy for Appleton. One was located in the Appleton Paper and  Pulp Mill; the other was further up the river at Vulcan Street. In 1909, the Vulcan Hydroelectric Plant -- currently a restaurant -- was built on the approximate site of the Vulcan Paper Mill. This plant closed in 1974. Right: Historic photo of the Vulcan Hydroelectric Central Station. 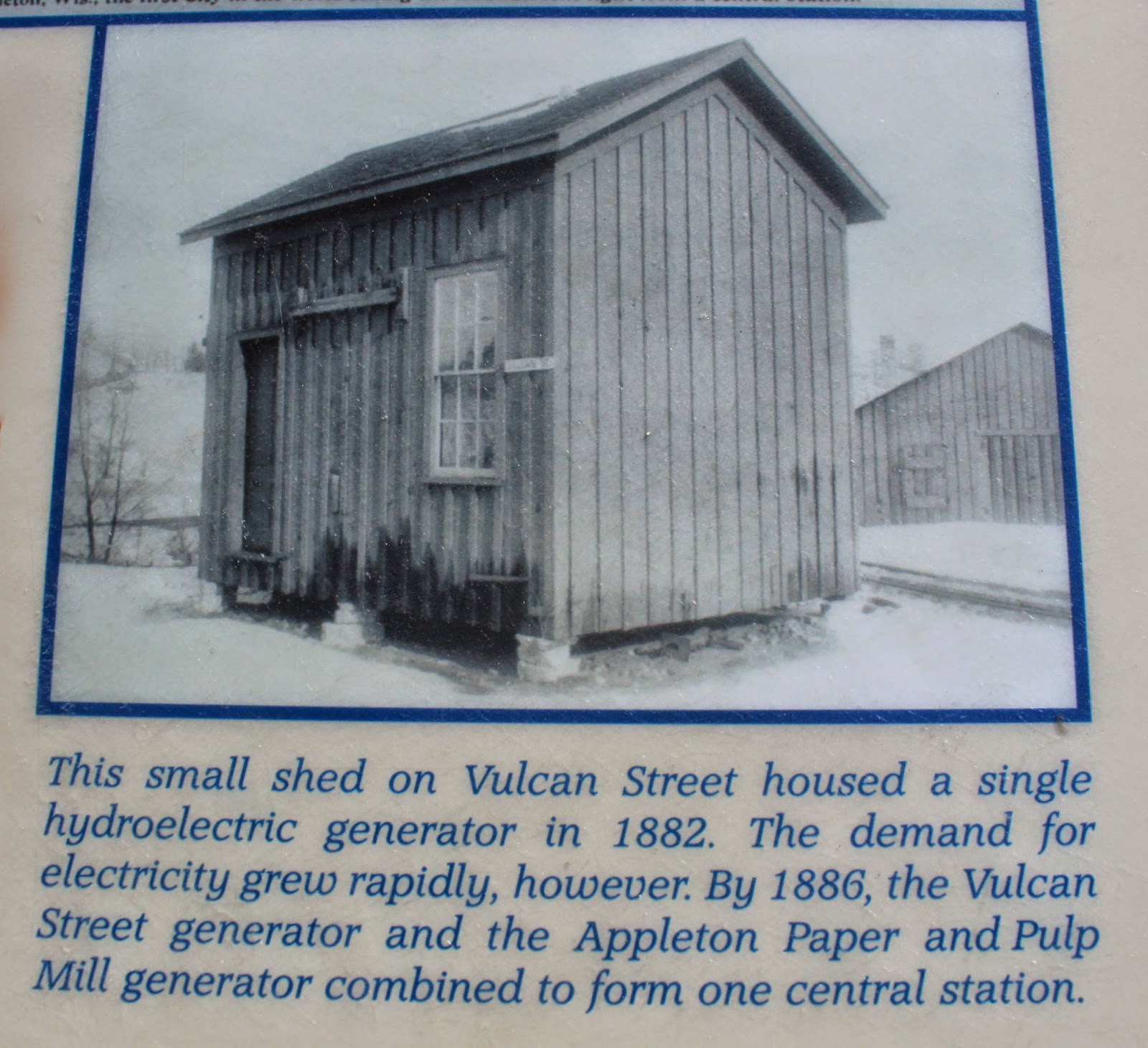 This small shed on Vulcan Street housed a single hydroelectric generator in 1882. The demand for electricity grew rapidly, however. By 1886, the Vulcan Street generator and the Appleton Paper and Pulp Mill generator combined to form one central station. 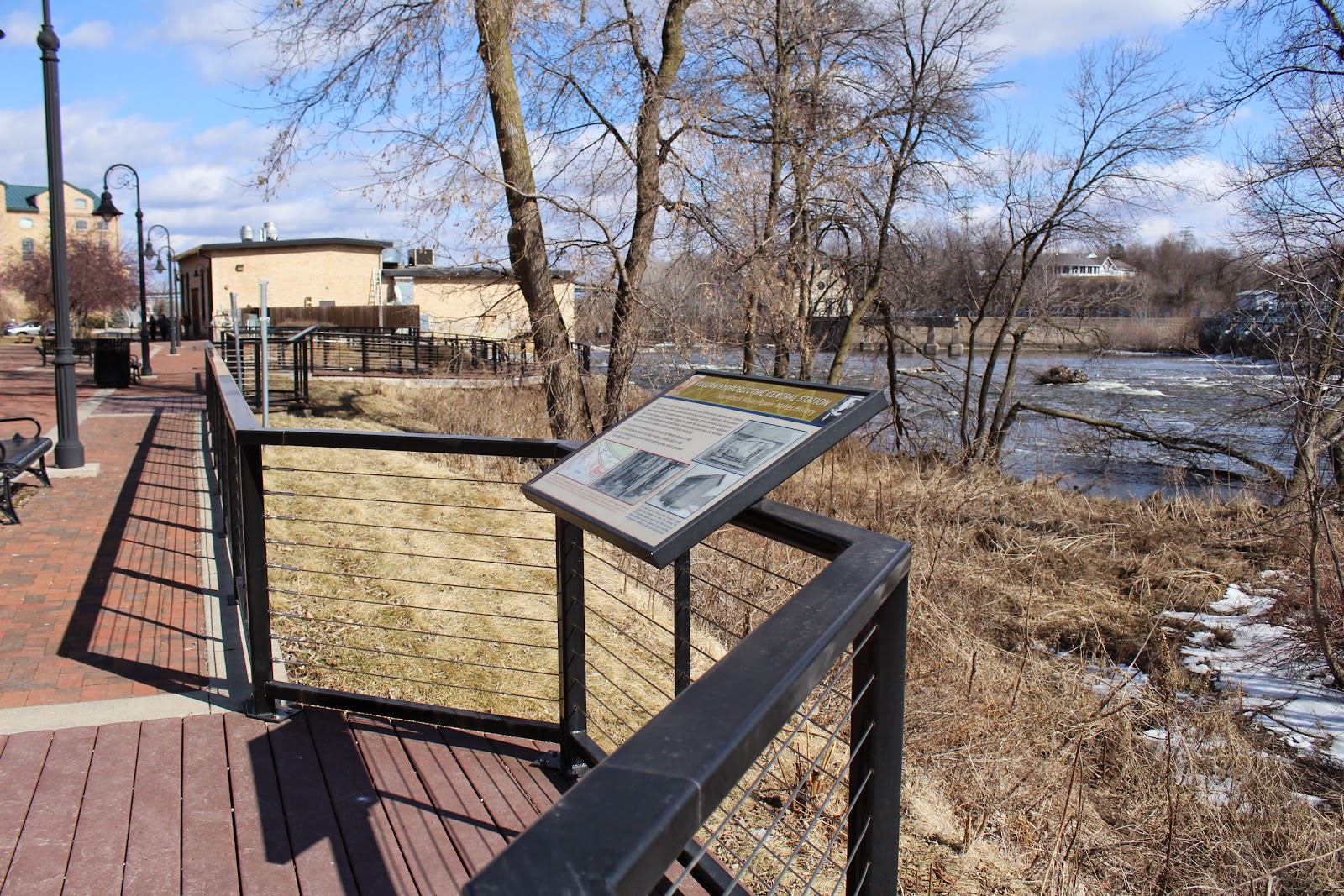 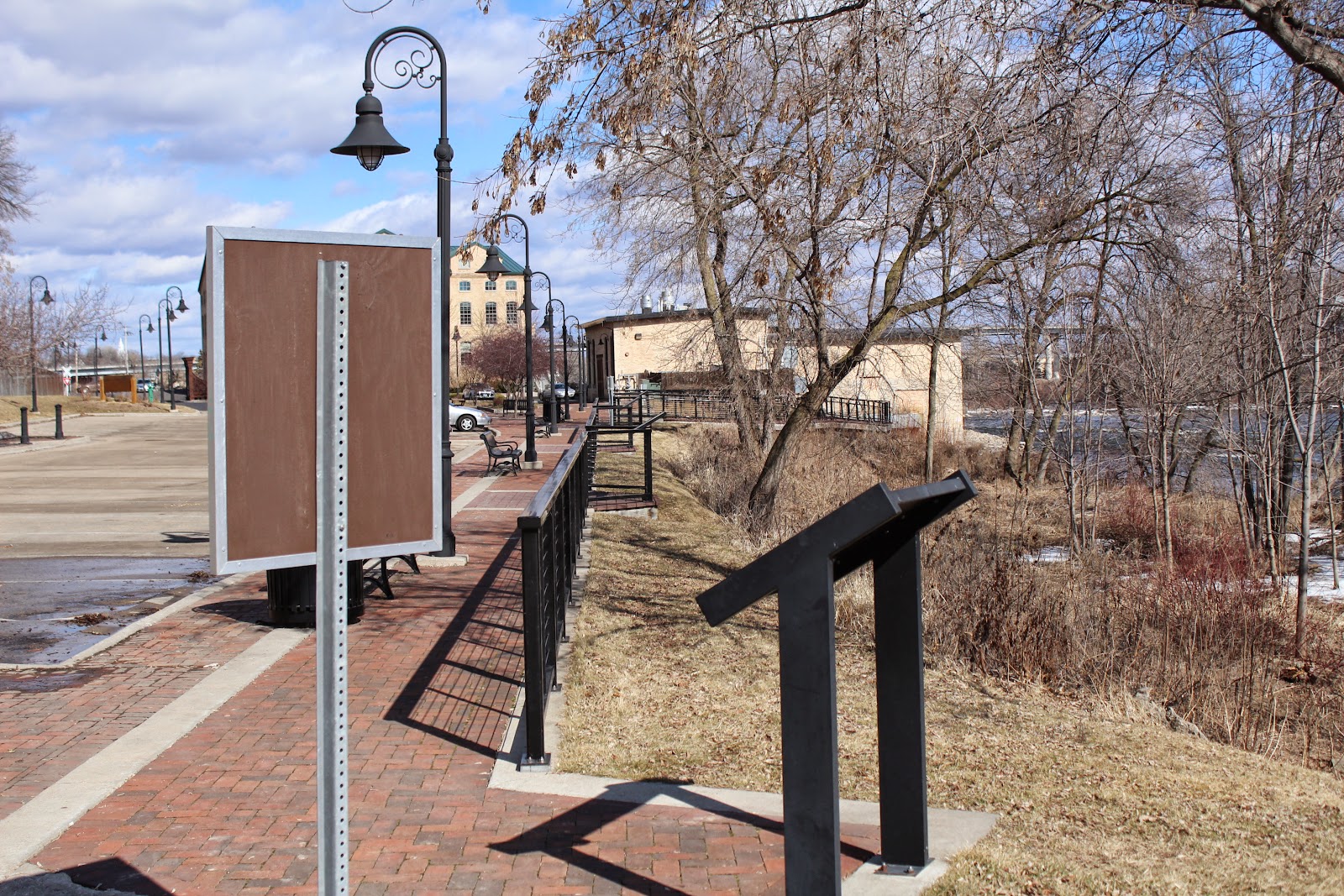 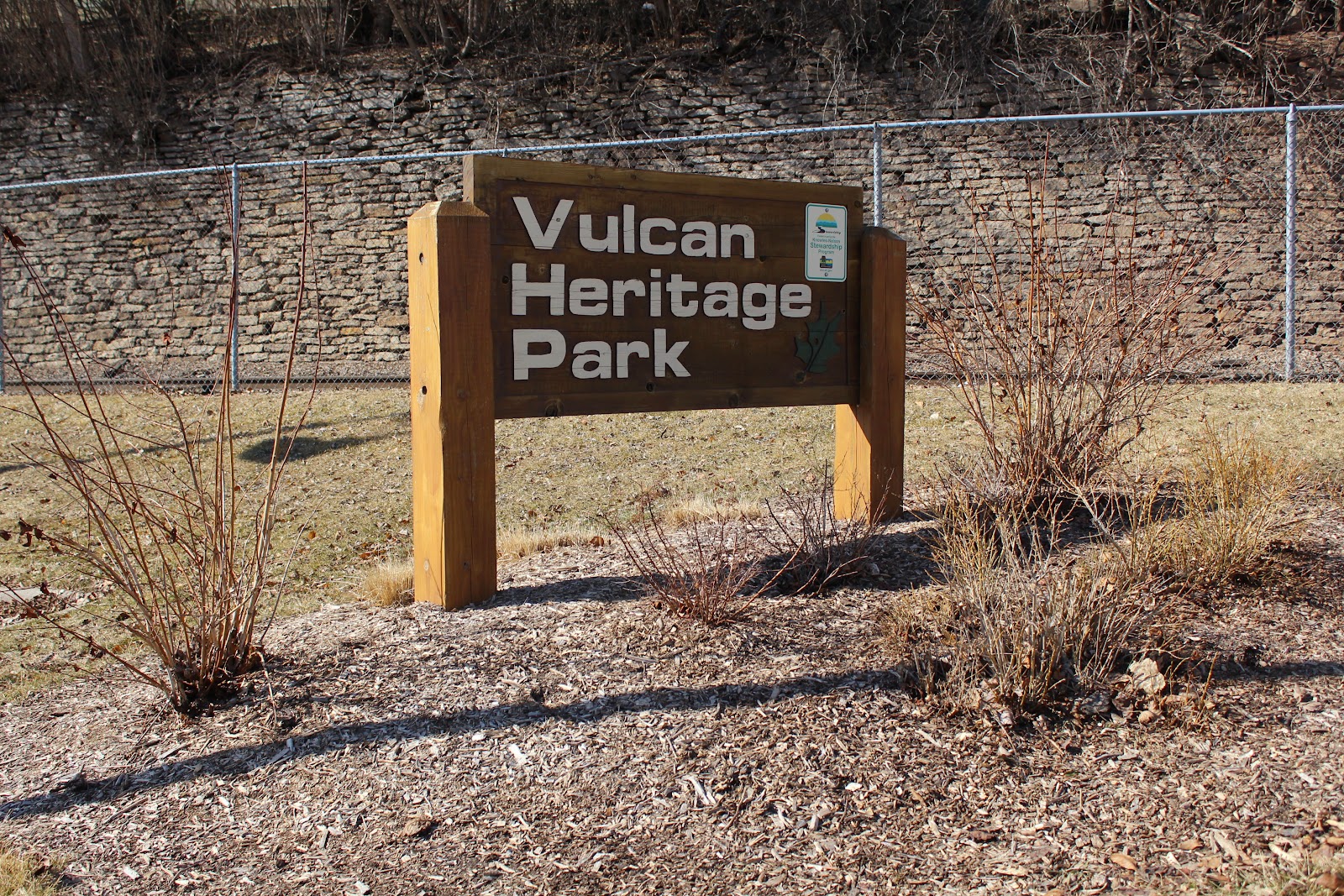