The Prospect Avenue "Spite House (Circa 1880) 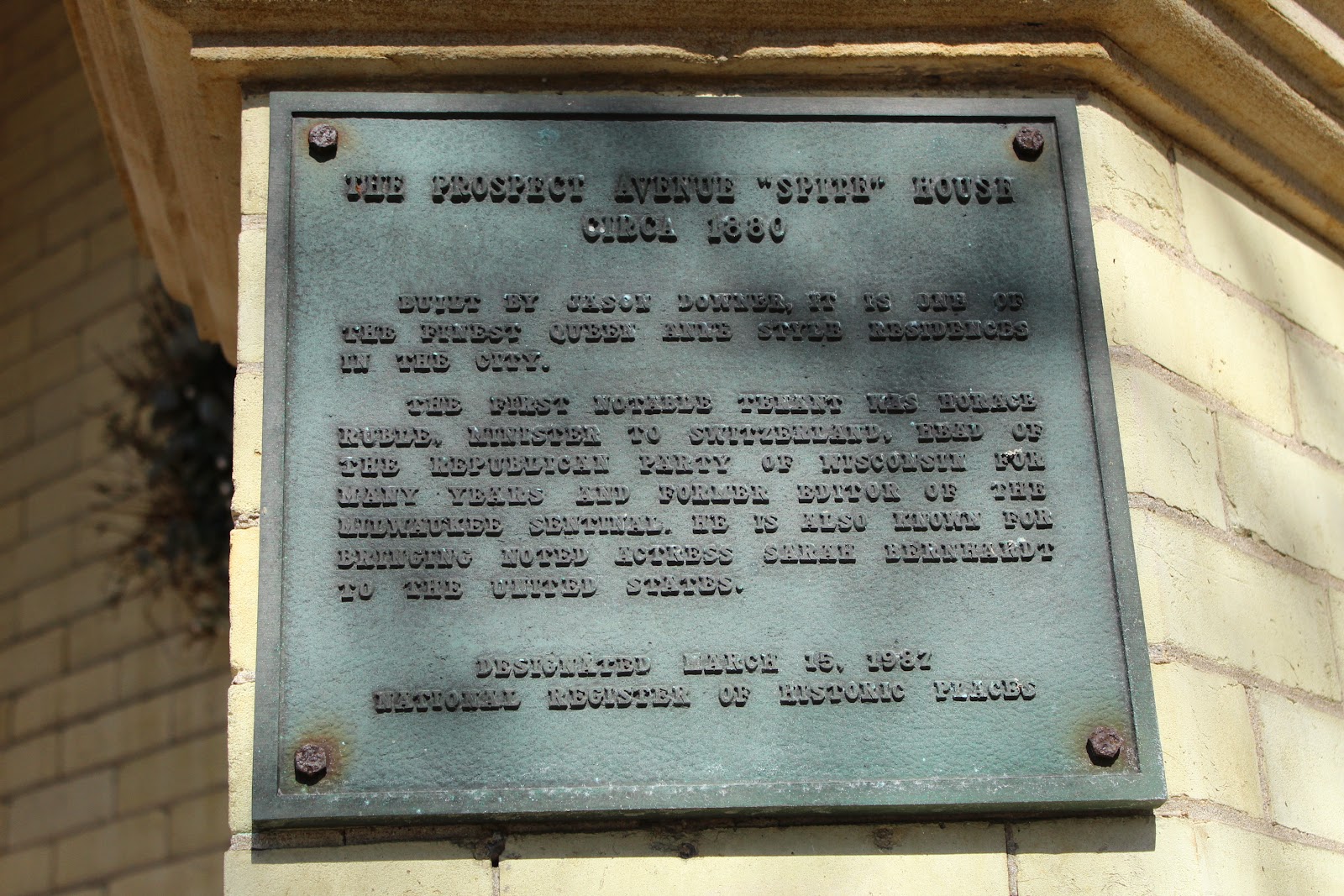 THE PROSPECT AVENUE "SPITE" HOUSE
Circa 1880

Built by Jason Downer, it is one of the finest Queen Anne style residences in the city.

The first notable tenant was Horace Ruble, Minister to Switzerland, head of the Republican Party of Wisconsin for many years and former editor of the Milwaukee Sentinel. He is also known for bringing noted actress Sarah Bernhardt to the United States.

The property is located on southbound North Franklin Avenue, south of its intersection with East Knapp Street, at 1223 North Franklin Place, Milwaukee, Wisconsin 53202.


A spite house is a building constructed or modified to irritate neighbors or other parties with land stakes. Spite houses often serve as obstructions, blocking out light or access to neighboring buildings, or as flamboyant symbols of defiance.[1][2] Because long-term occupation is at best a secondary consideration, spite houses frequently sport strange and impractical structures. 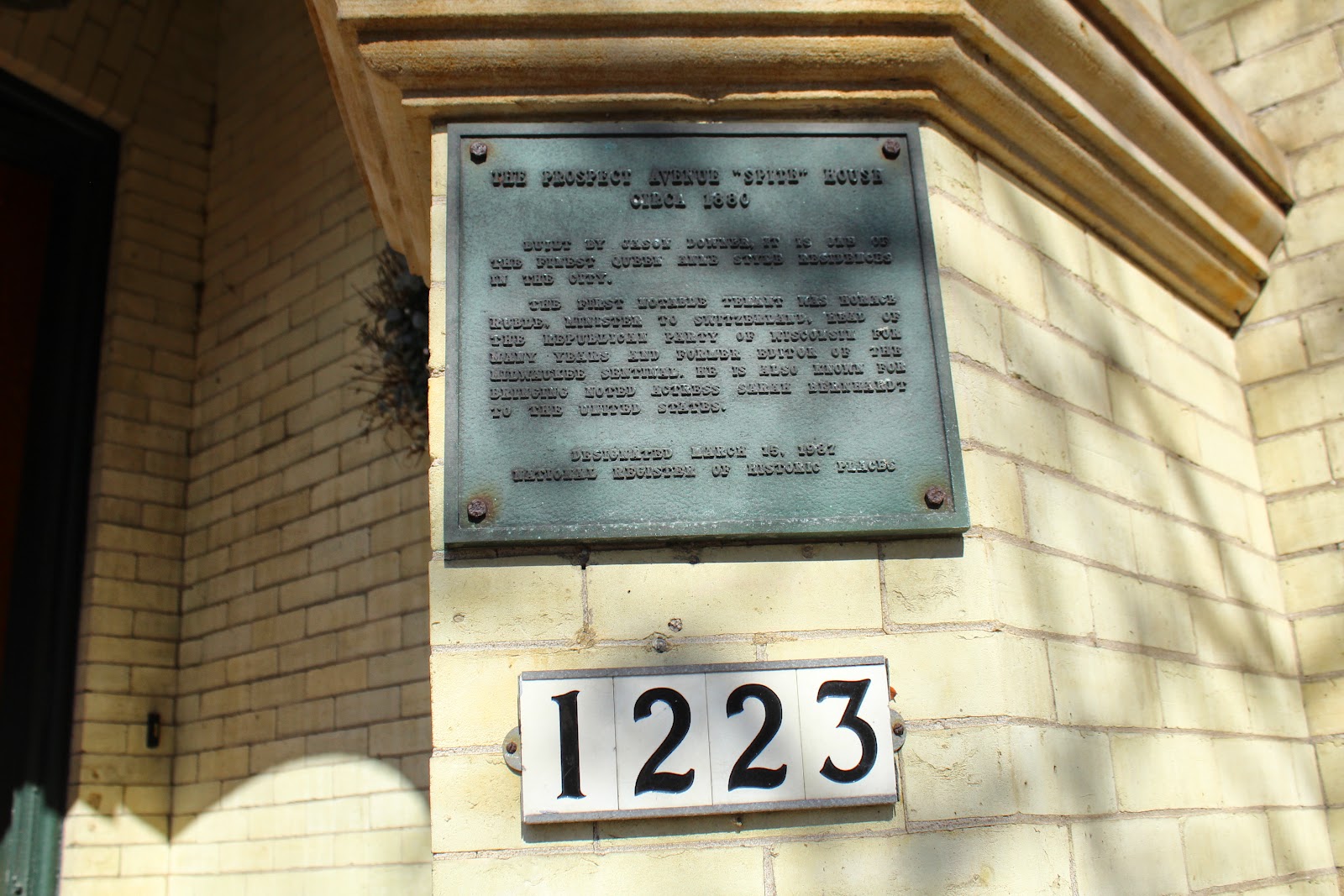 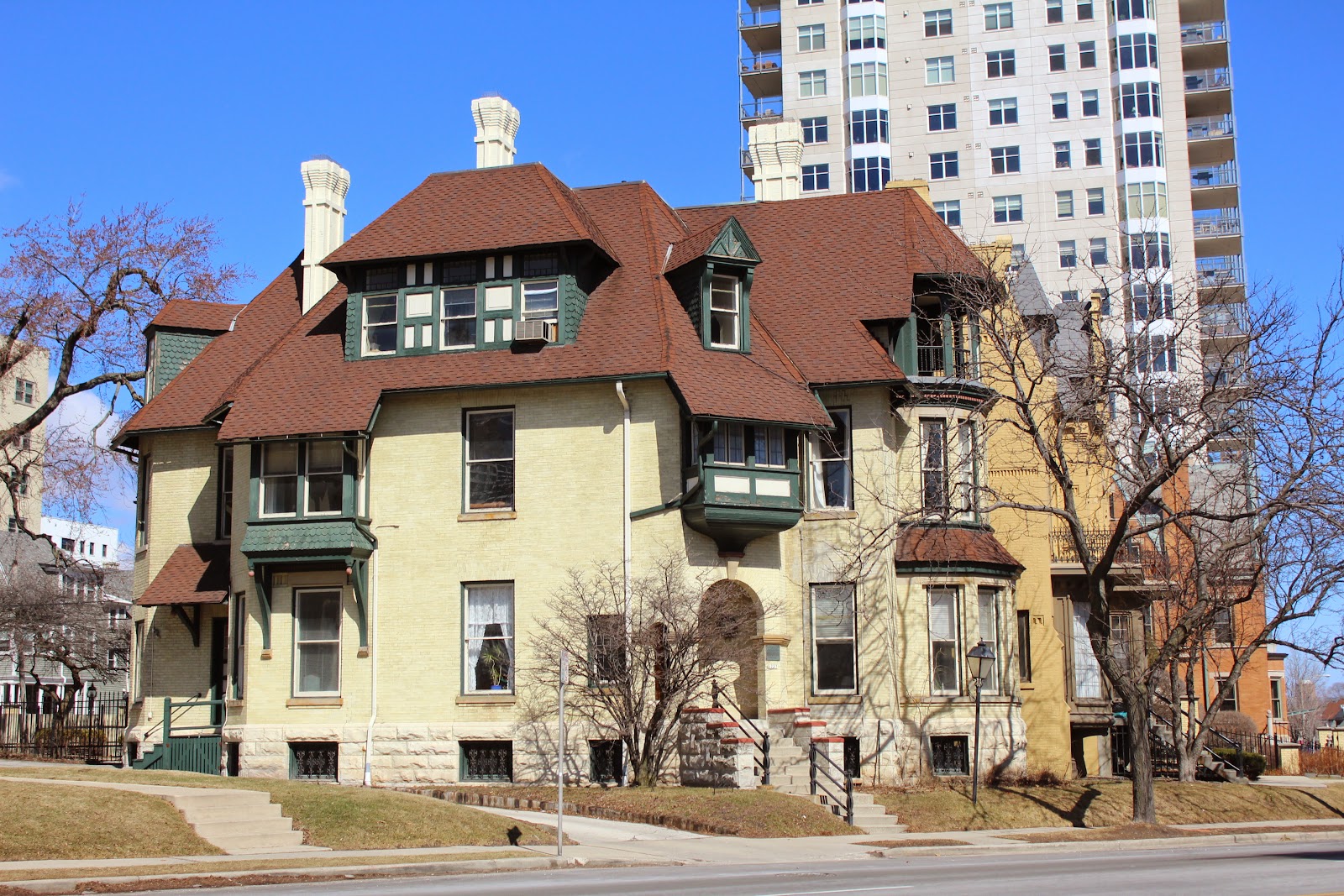 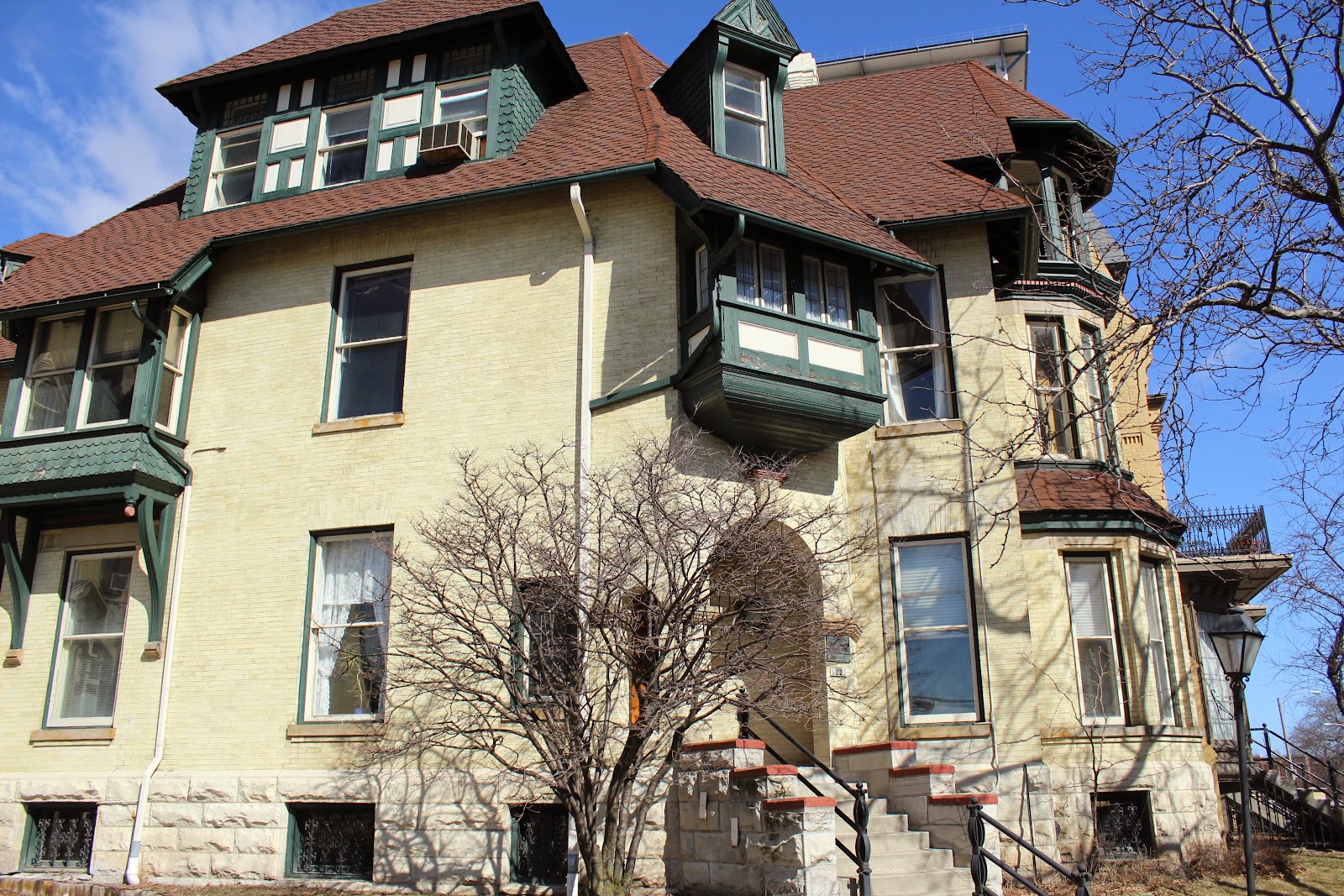 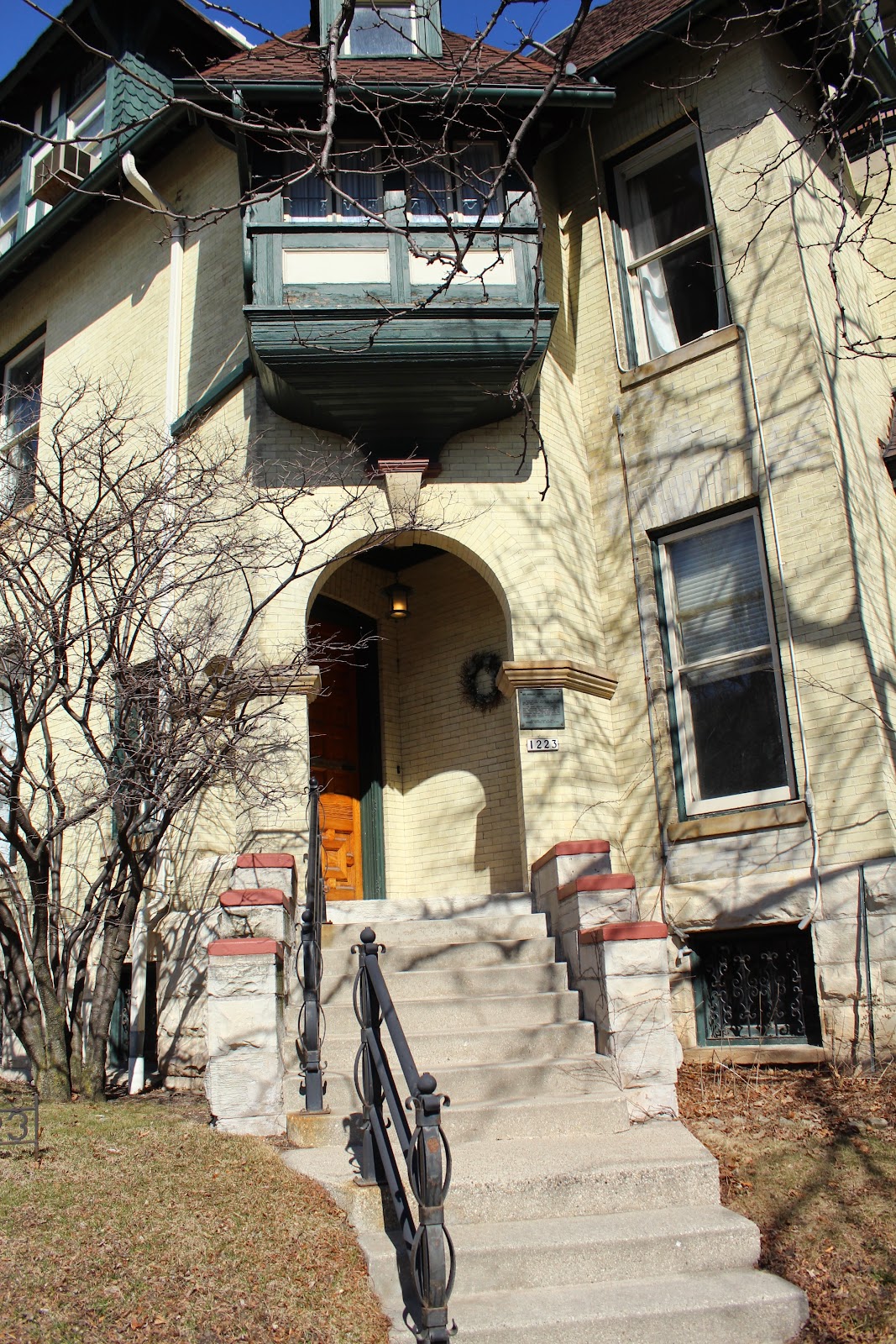 The small marker is at the top of the stairs,
mounted to the facade to the right.