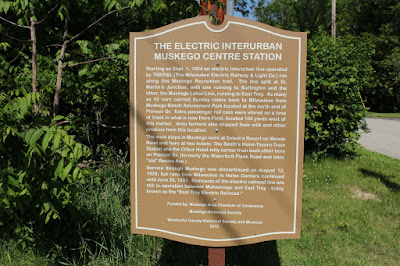 Starting on Sept. 1, 1904 an electric interurban line operated by TMER&L (The Milwaukee Electric Railway & Light Co.) ran along this Muskego Recreation Trail. The line split at St. Martin’s Junction, with one running to Burlington and the other, the Muskego Lakes Line, running to East Troy. As many as 42 cars carried Sunday riders back to Milwaukee from Muskego Beach Amusement Park located at the north end of Pioneer Dr. Extra passenger rail cars were stored on a loop of track in what is now Horn Field, located 100 yards west of this marker. Area farmers also shipped their milk and other produce from this location.

The main stops in Muskego were at Sobek’s Resort on Woods Road and here at two hotels: The Smith’s Hotel-Tavern-Train Station and the Ctibor Hotel-kitty corner from each other here on Pioneer Dr. (formerly the Waterford Plank Road and later, “old” RacineAve.)

Service through Muskego was discontinued on August 12, 1939, but runs from Milwaukee to Hales Corners continued until June 30, 1951. Remnants of the electric railroad line are still in operation between Mukwonago and East Troy – today known as the “East Troy Electric Railroad.”

The marker is located on southbound Pioneer Drive, at its intersection with Muskego Recreation Trail, Muskego, Wisconsin 53150.

Muskego Patch (May 16, 2013): Historical Markers Being Unveiled This Summer in Muskego

This marker is included in a series of historical markers erected by the Waukesha County Historical Society. 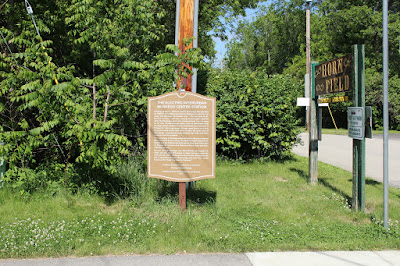 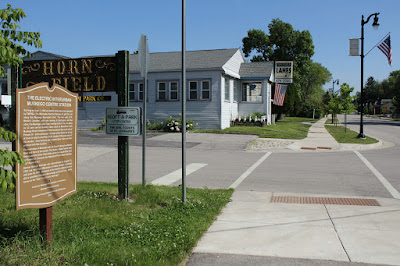 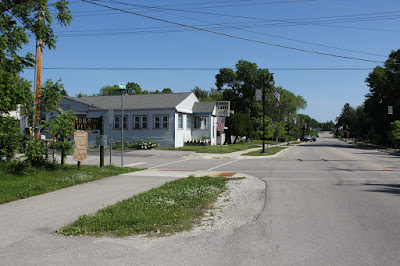 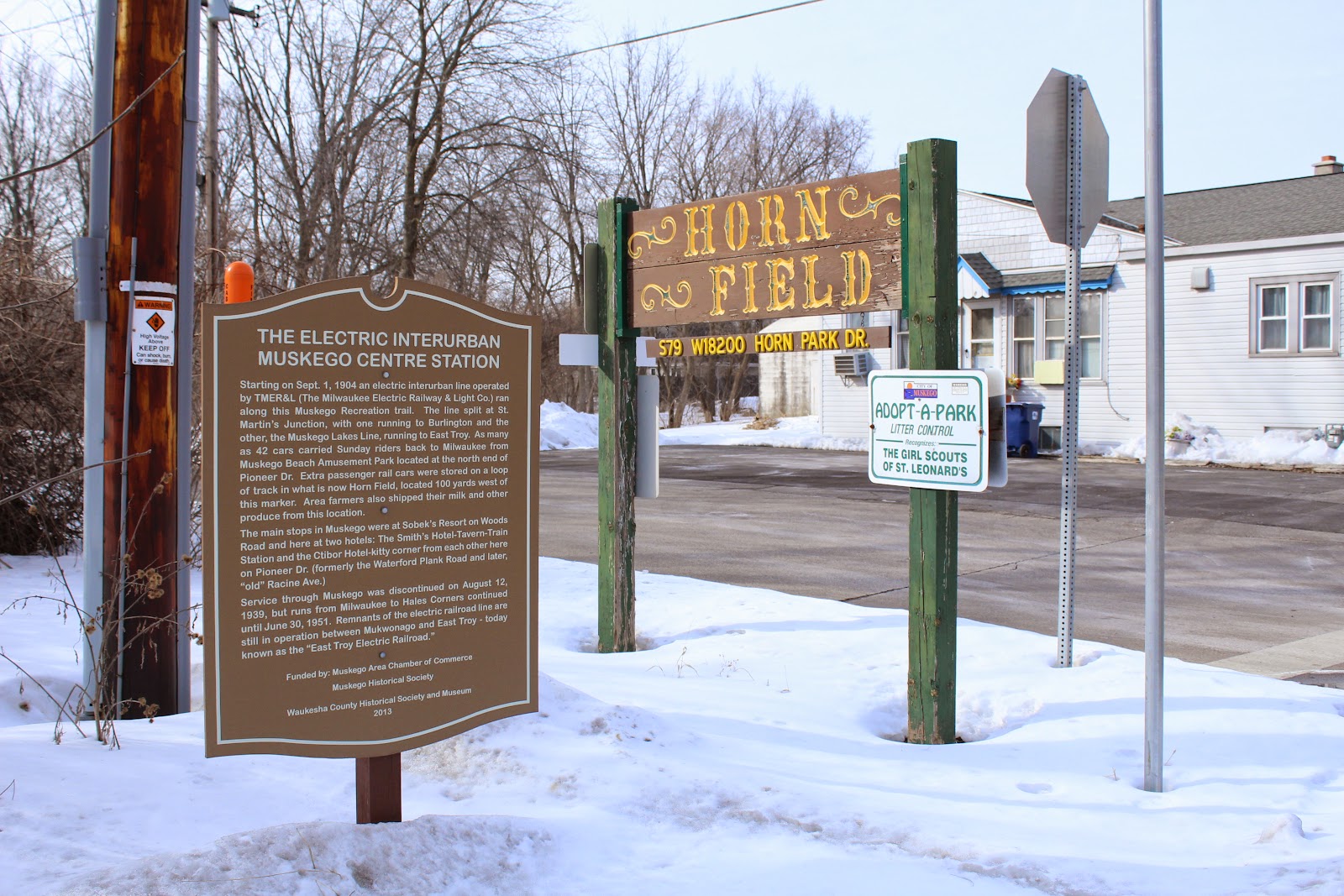 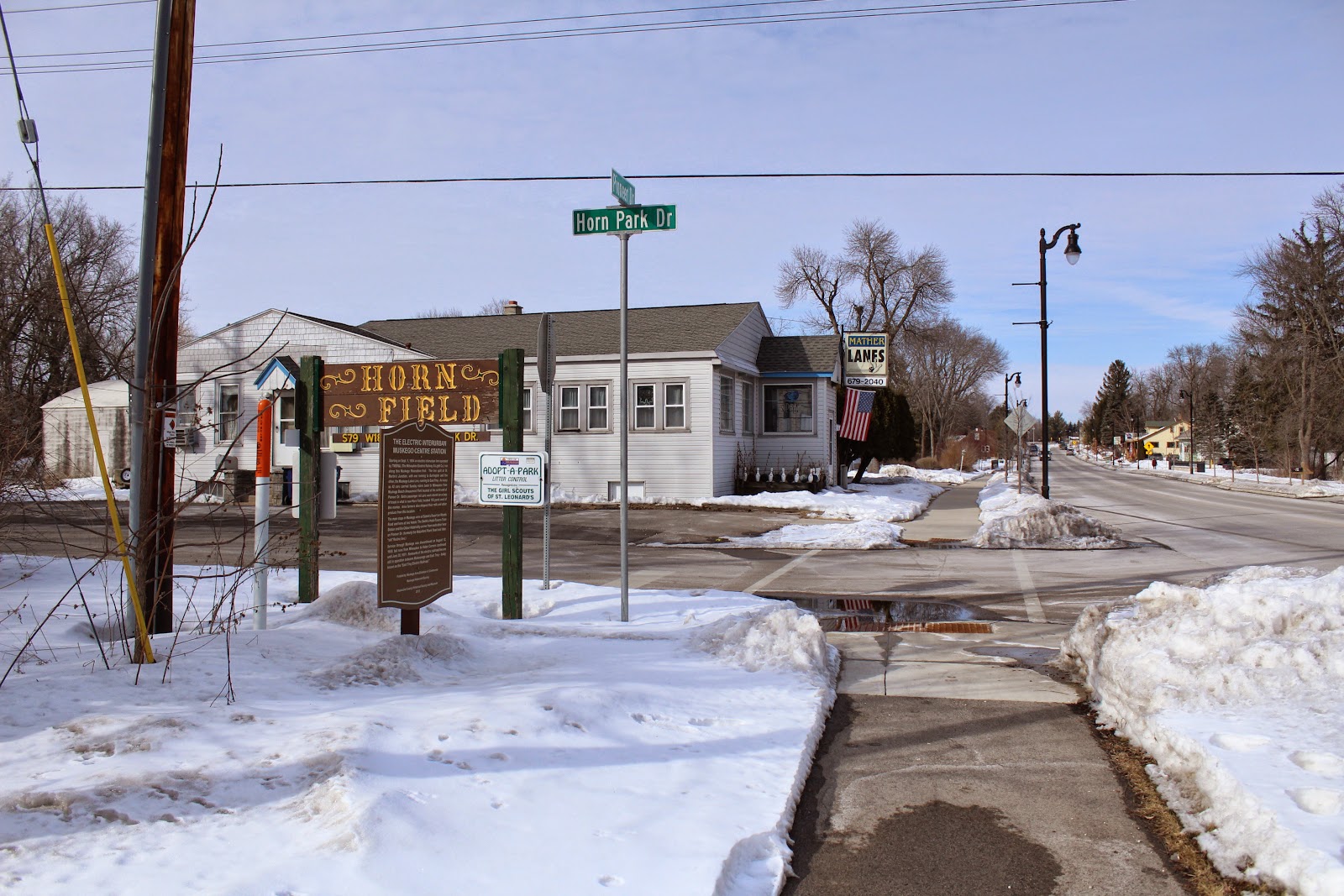 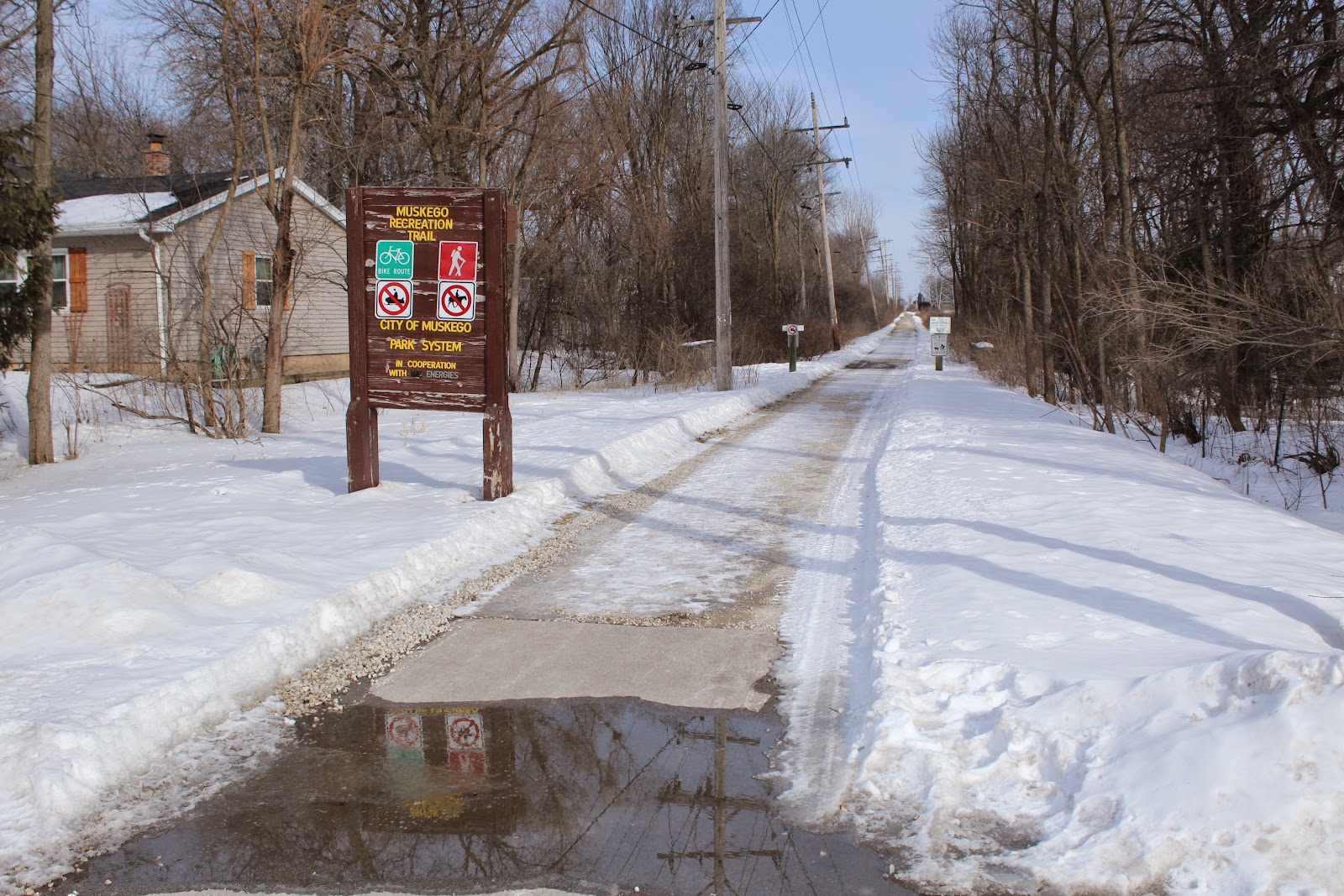 Across the road, looking east along the Muskego Recreation Trail.