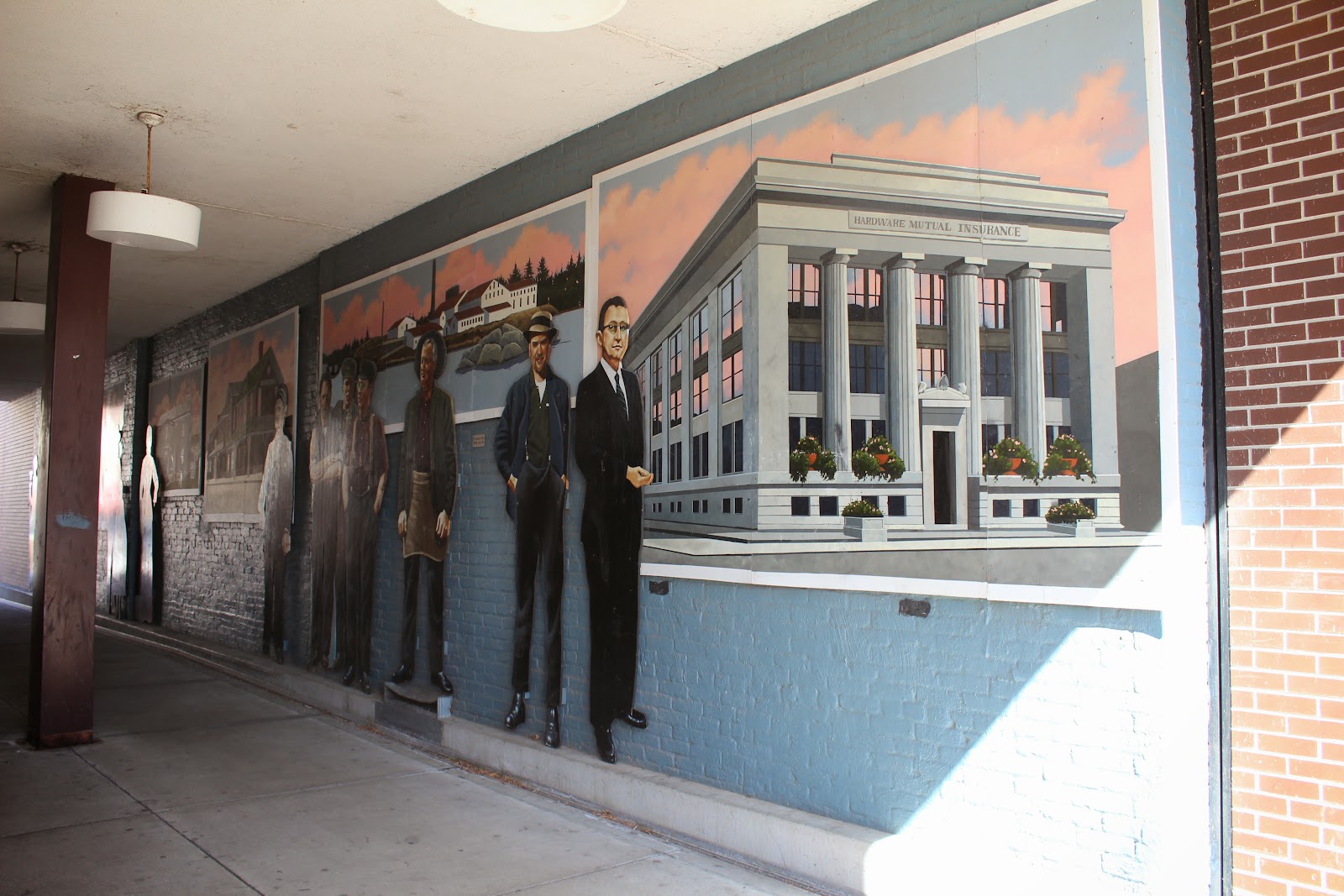 The murals are located inside a walkway adjacent to the east side of the Portage County Library. The library address is 1001 Main Street, Stevens Point, Wisconsin 54481.

This series of mini-murals is the 8th installment in the Stevens Point "Windows to the Past" murals project. The murals depict the first 150 years of Stevens Point's history, beginning with surveyor Jashua Hathaway and founding father George Stevens, and ending with the Hardware Mutual Insurance building and its founder.

Portage County Timeline (from 1827 to the present) 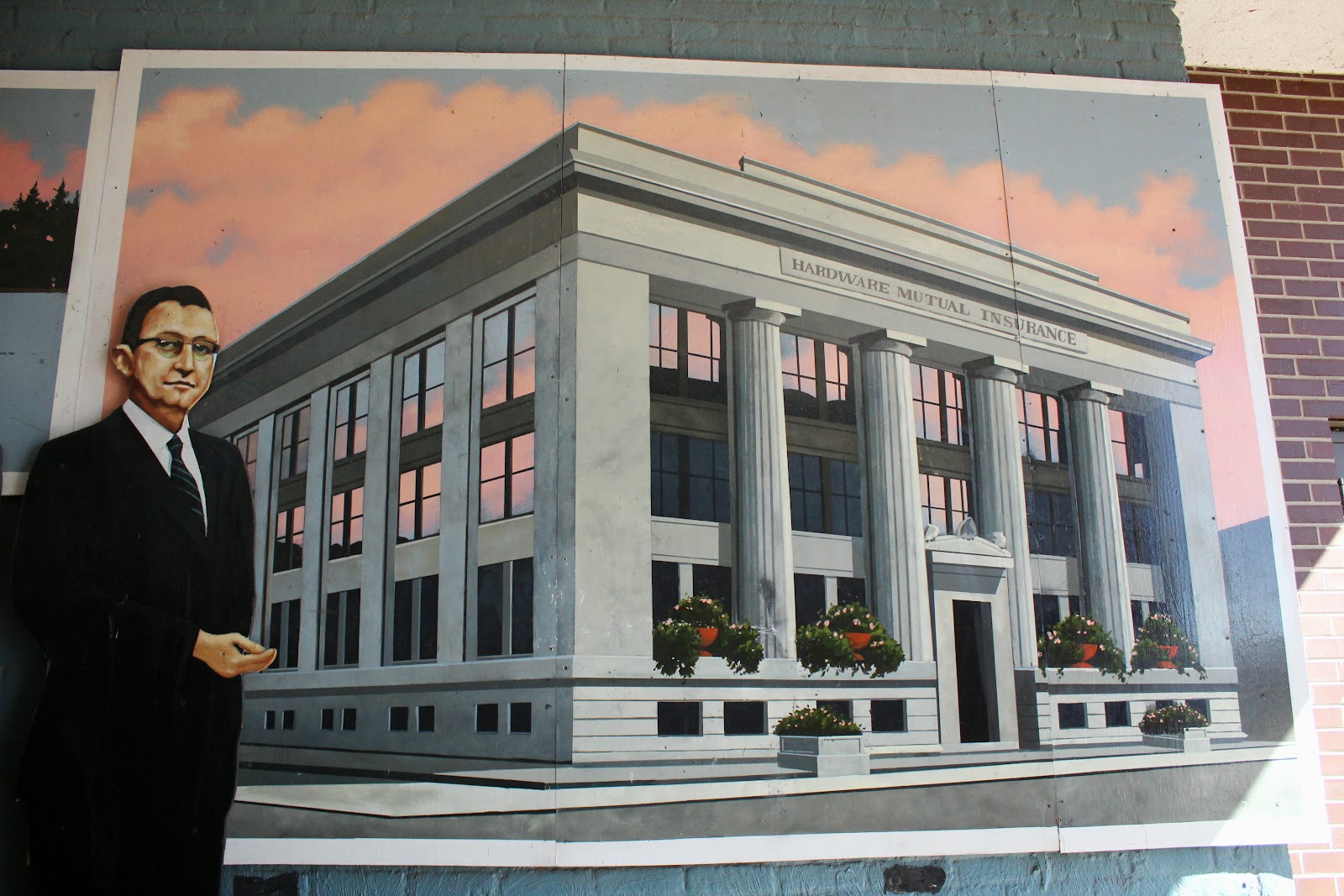 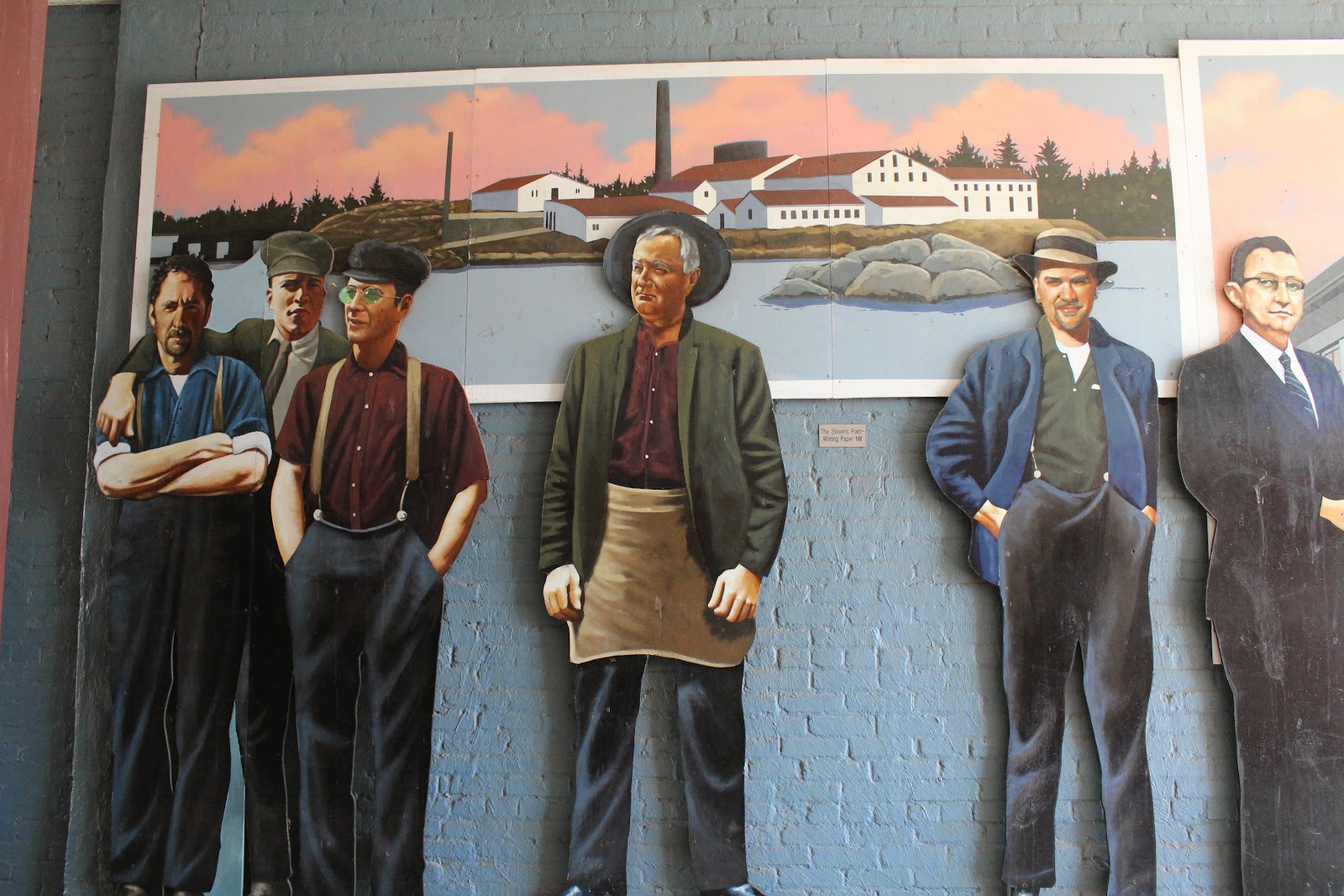 Some of the workers at the first paper mill in Stevens Point, built in 1918. 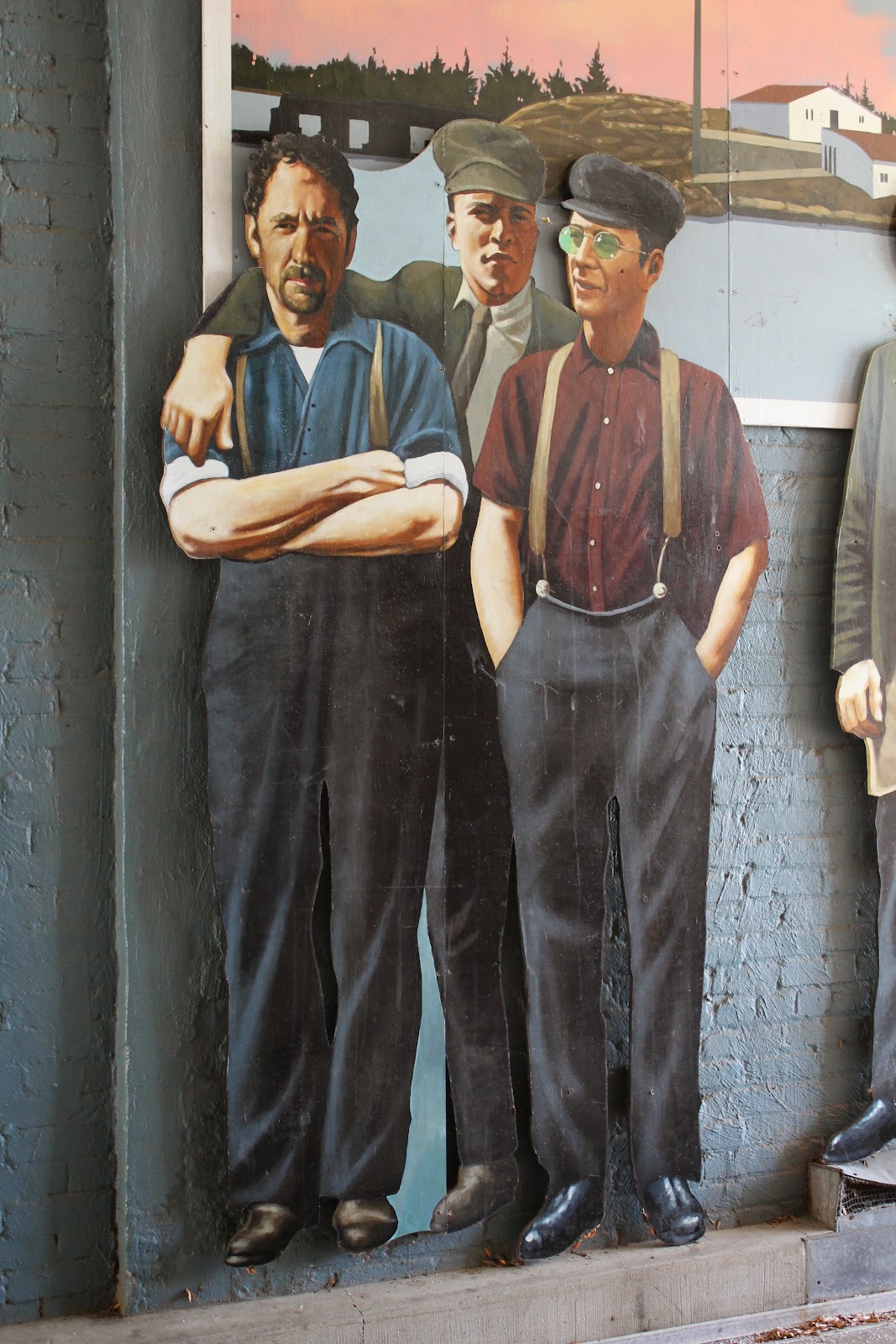 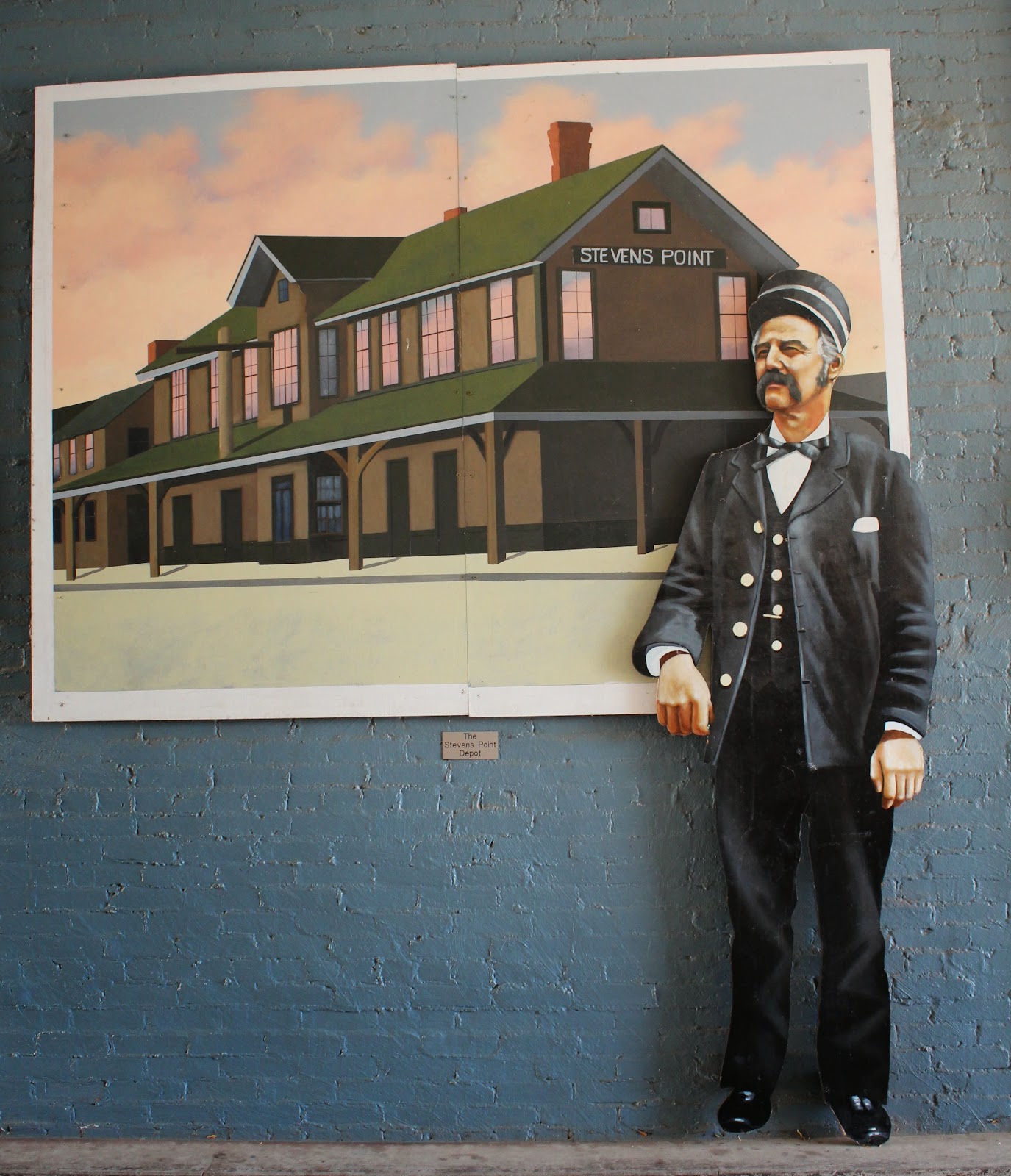 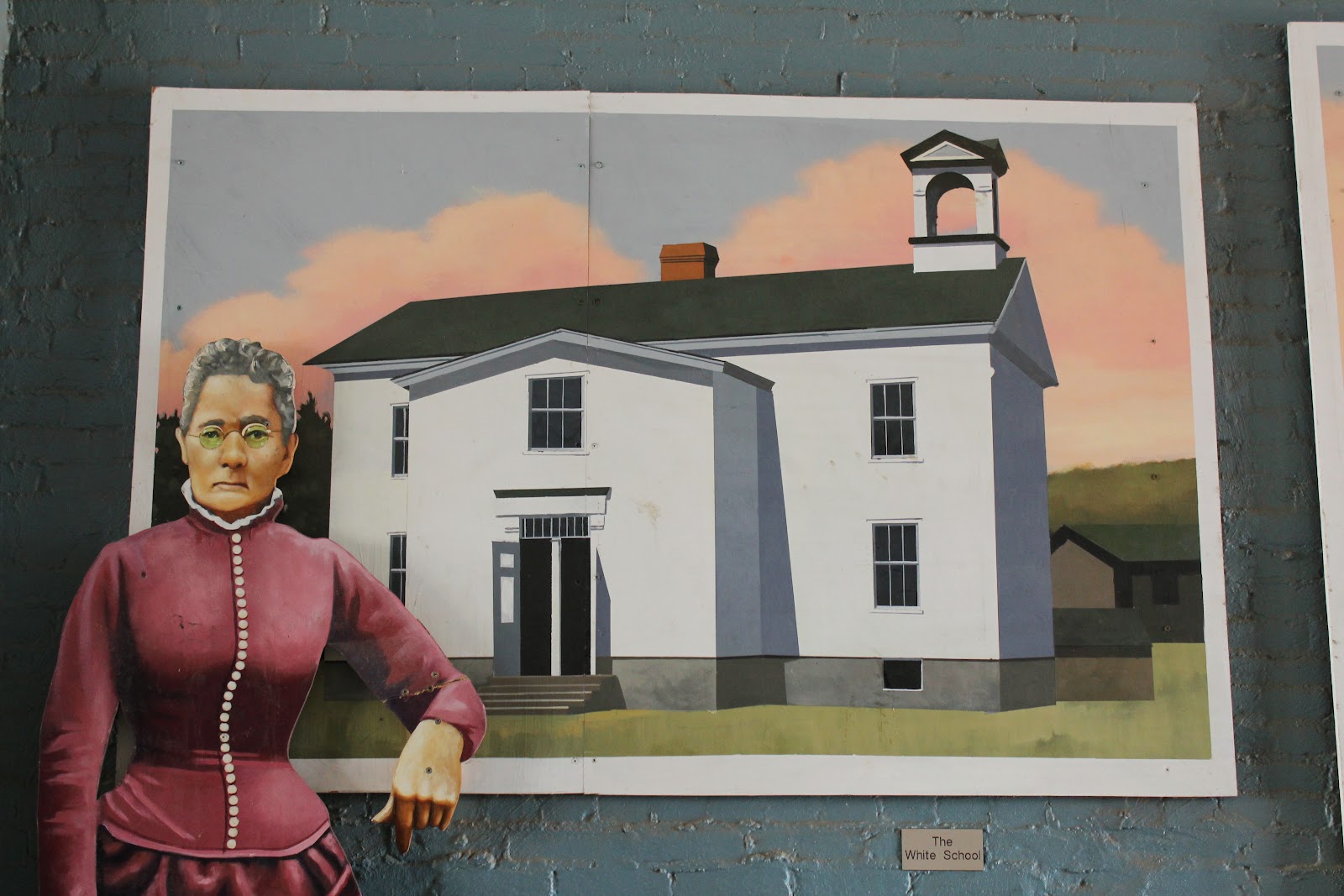 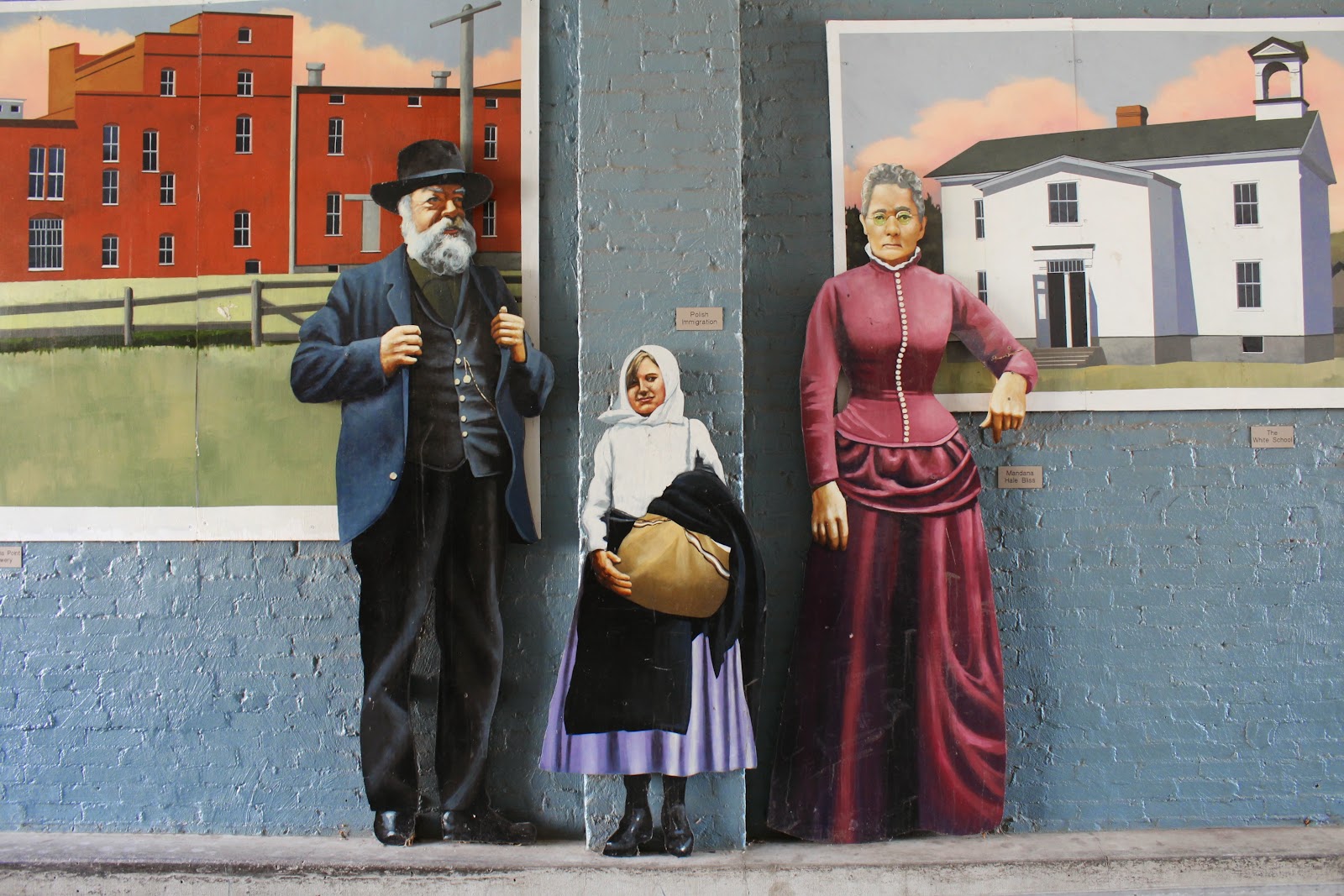 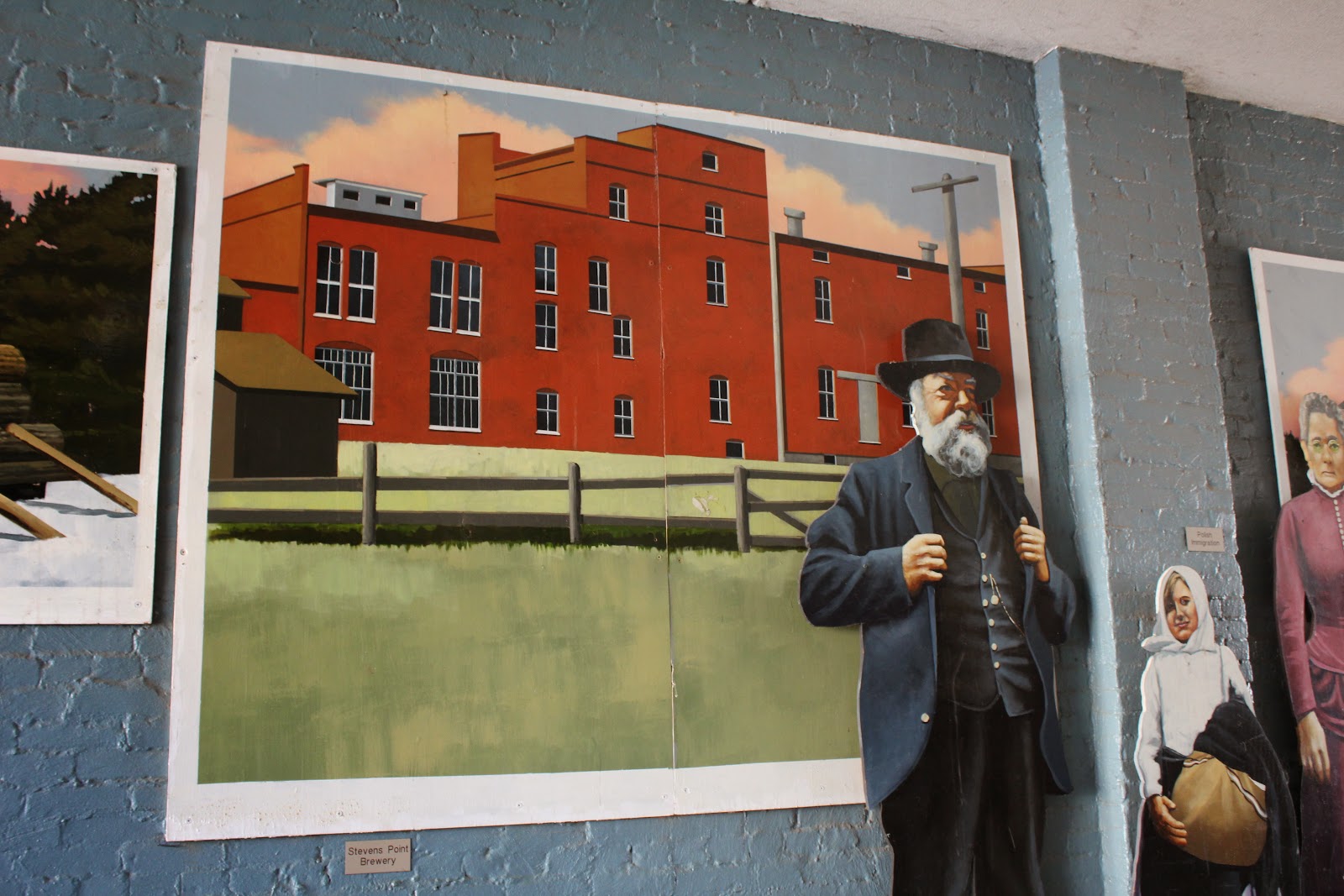 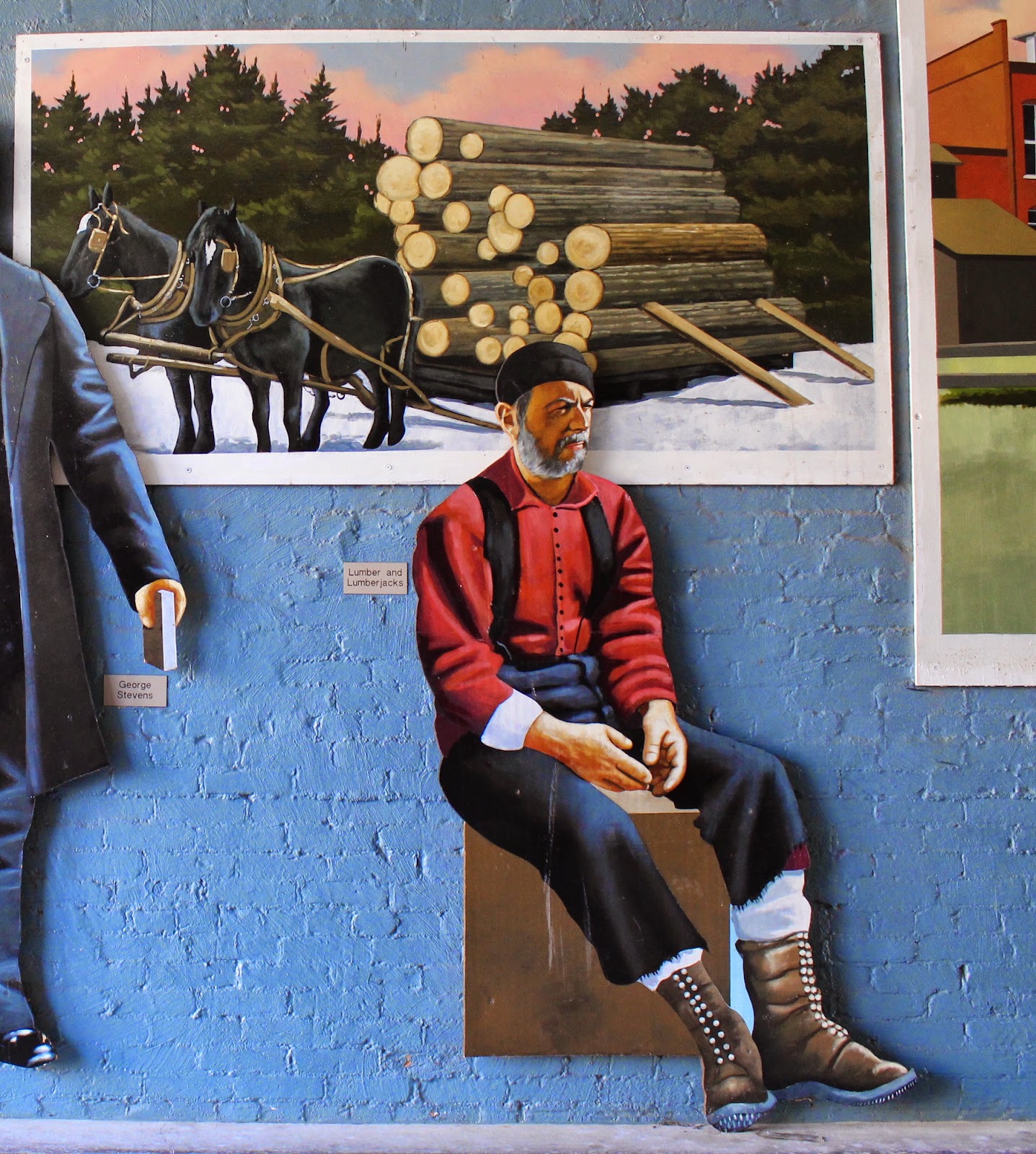 Lumberjacks, also known as river rats, helped guide the logs down
river to the saw mills and paper mills, and were early pioneers of Stevens Point
when it was known as "The Gateway to the Pineries". 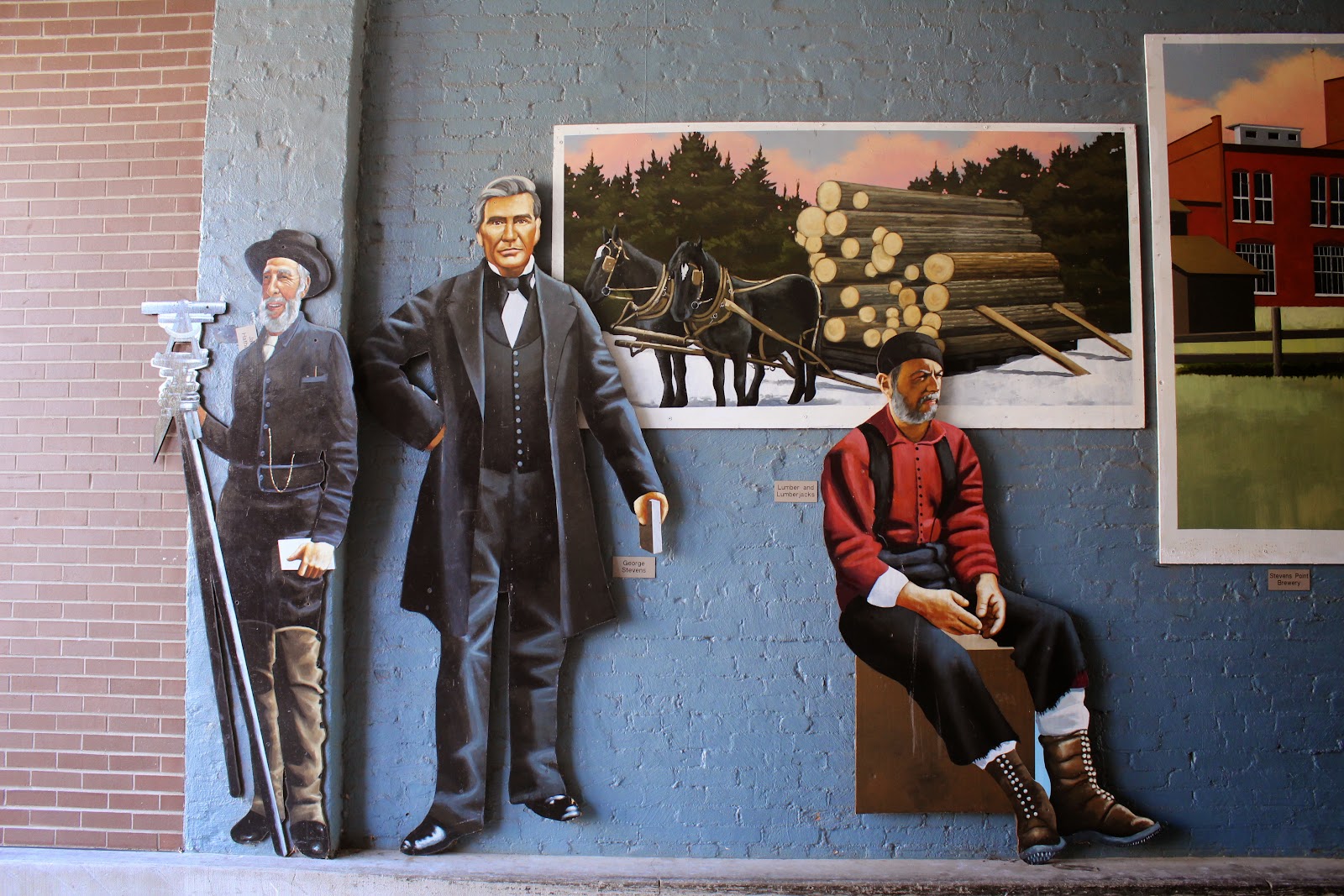 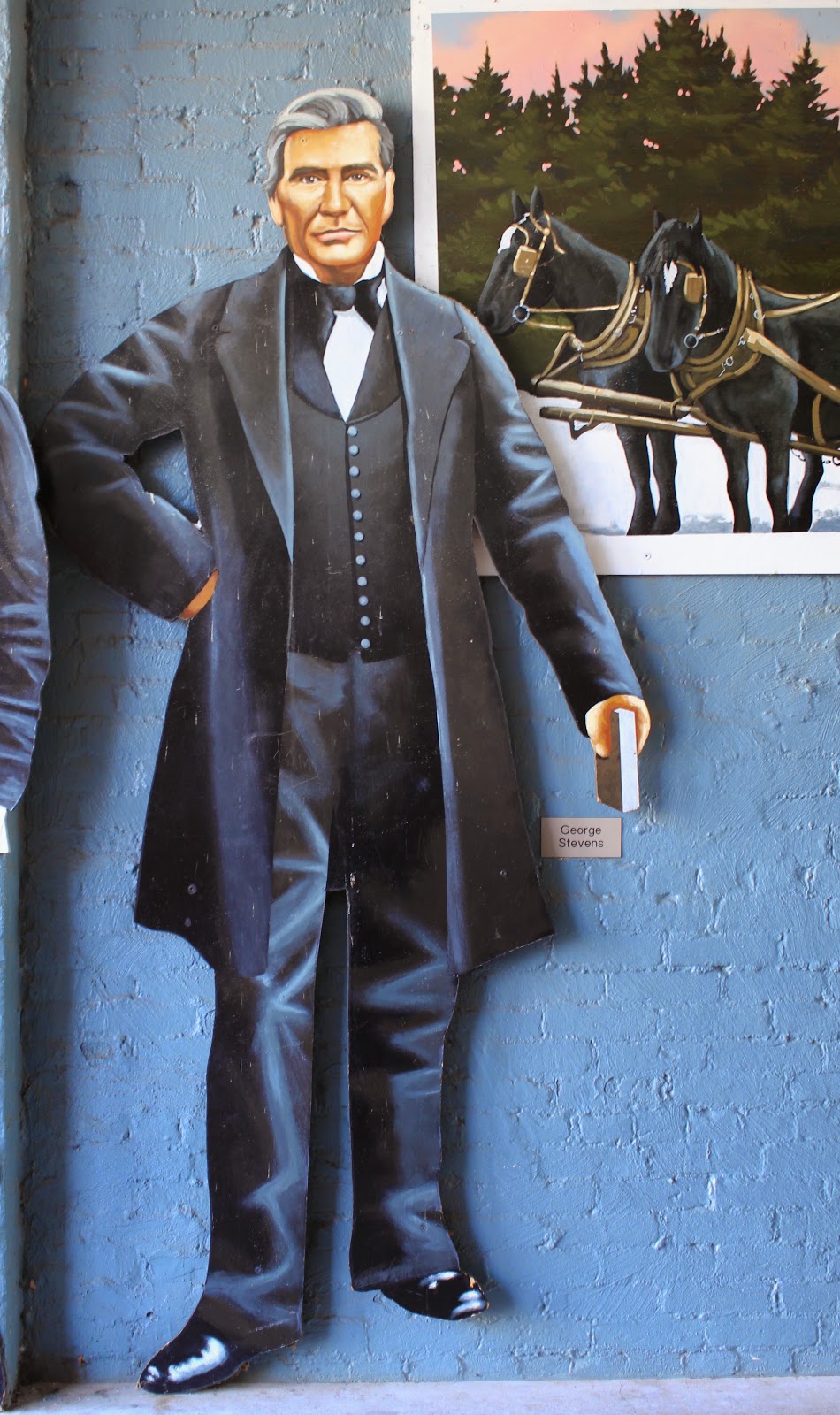 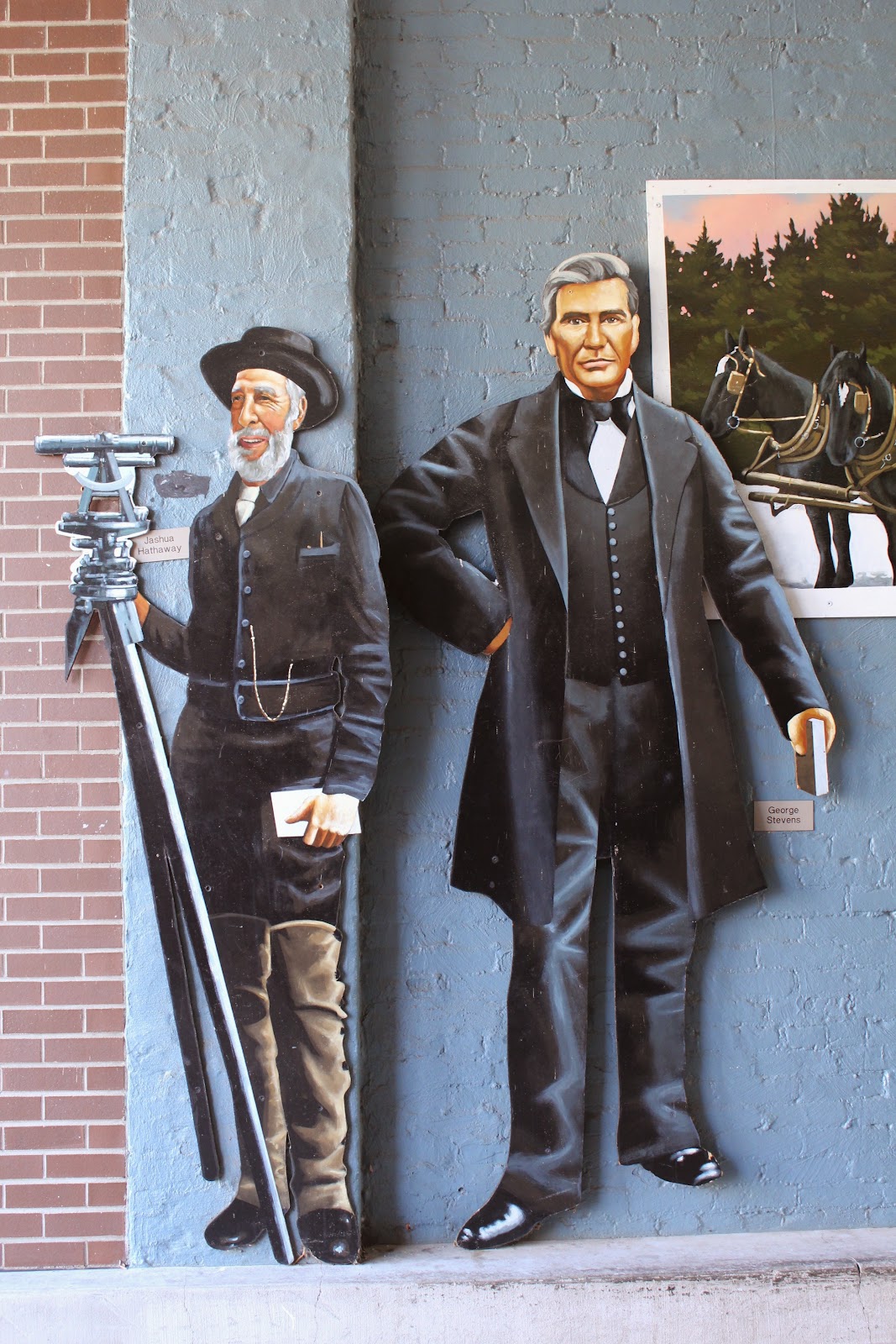 Joshua Hathaway (to the left) was the first (in 1839) to survey
the area around the Wisconsin River.
George Stevens (to the right) put Stevens Point on the map by purchasing
a log shack to store supplies for his logging / sawmilling business up river. 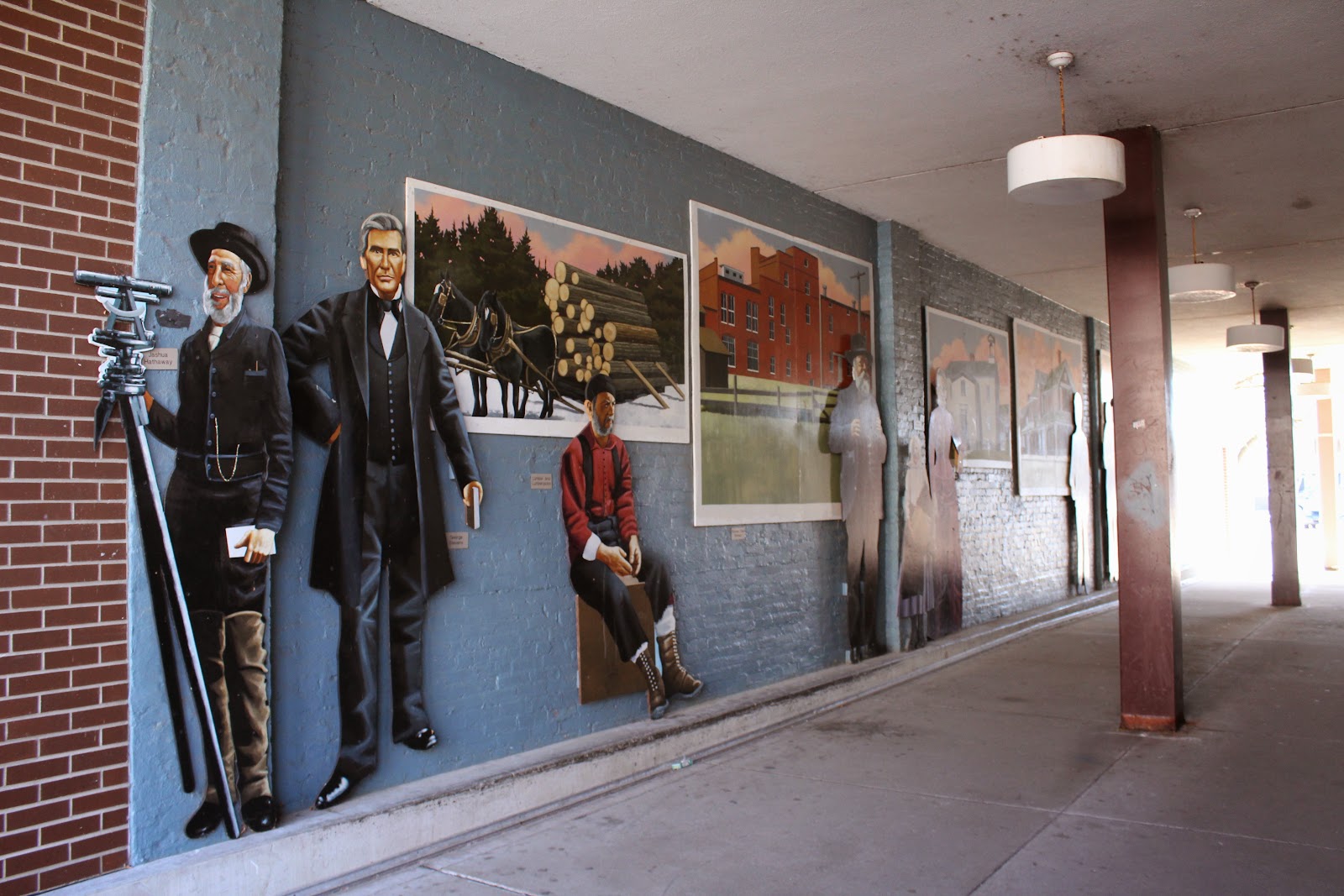 The Main Street entrance to the walkway. 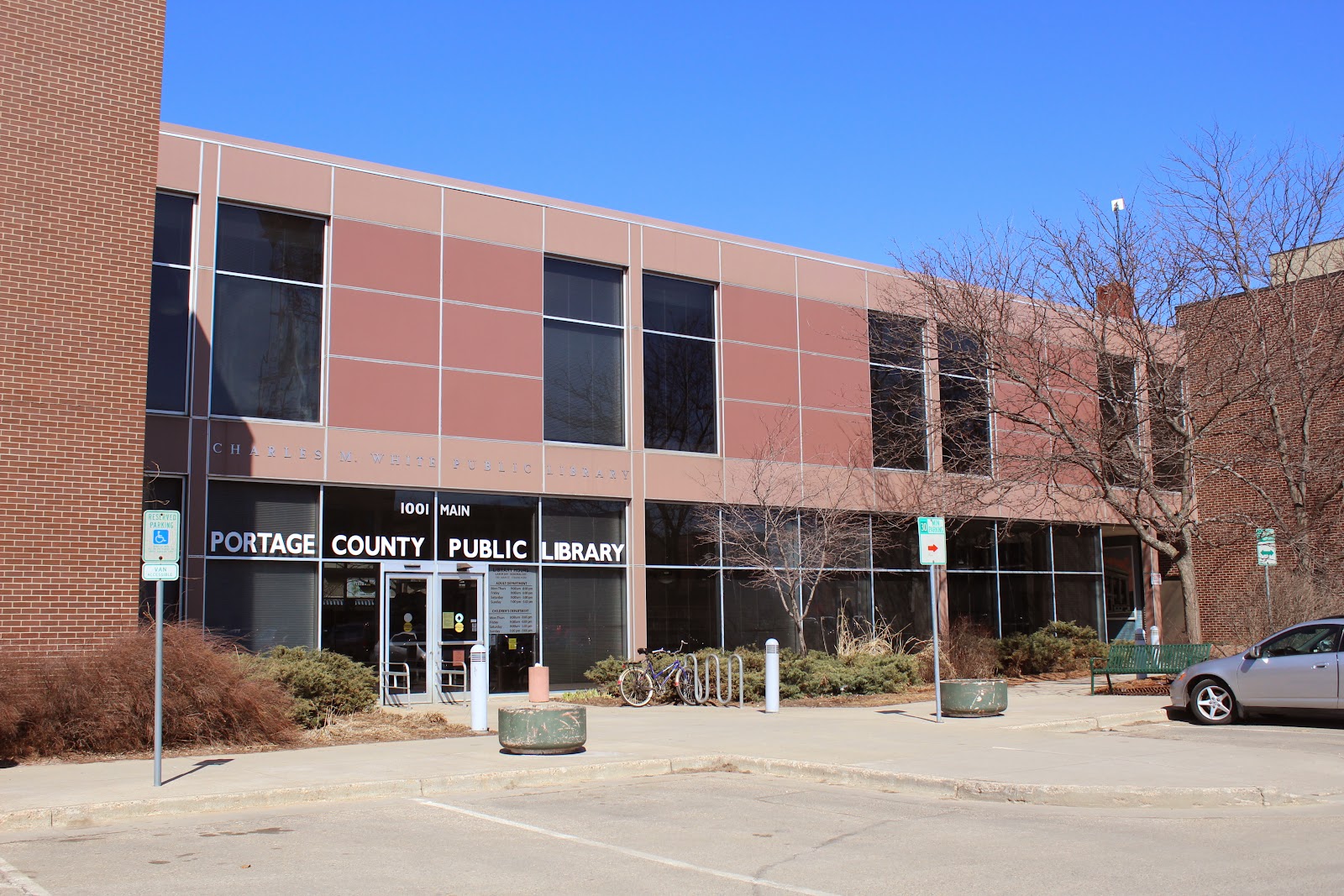