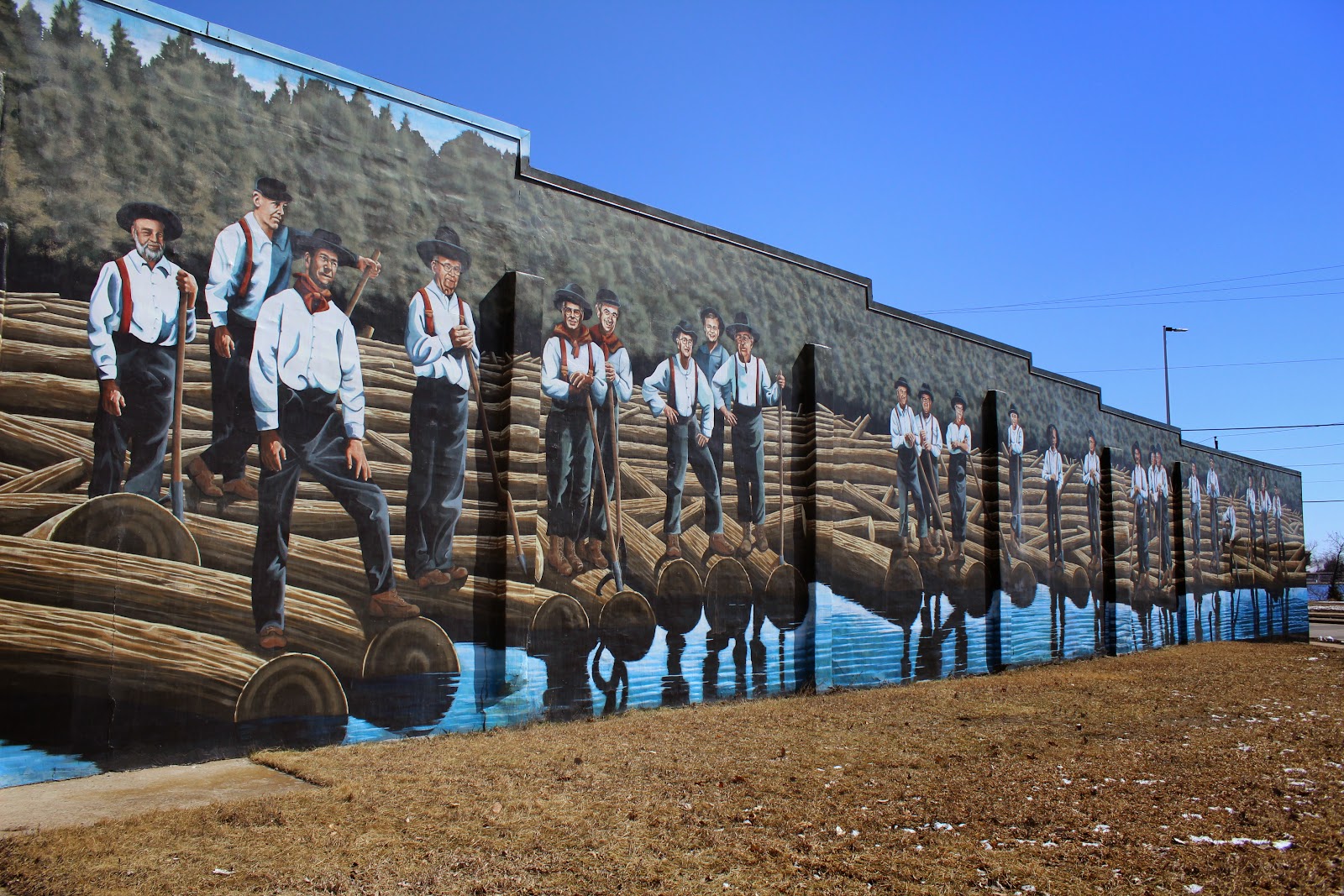 The mural is located on the west side of a building on the southeast corner of the intersection of one-way westbound Clark Street / Wisconsin Route 66 and northbound Water Street, at or near 817 West Clark Street, Stevens Point, Wisconsin 54881.

This is the first mural completed in the Stevens Point "Windows to the Past" murals project. It depicts the early logging days on the Wisconsin River, alongside which Stevens Point is located.

Stevens Point First Downtown Mural "Rivermen"
This PDF contains the names of all the men represented in the mural, actual residents of Stevens Point, both past and present. 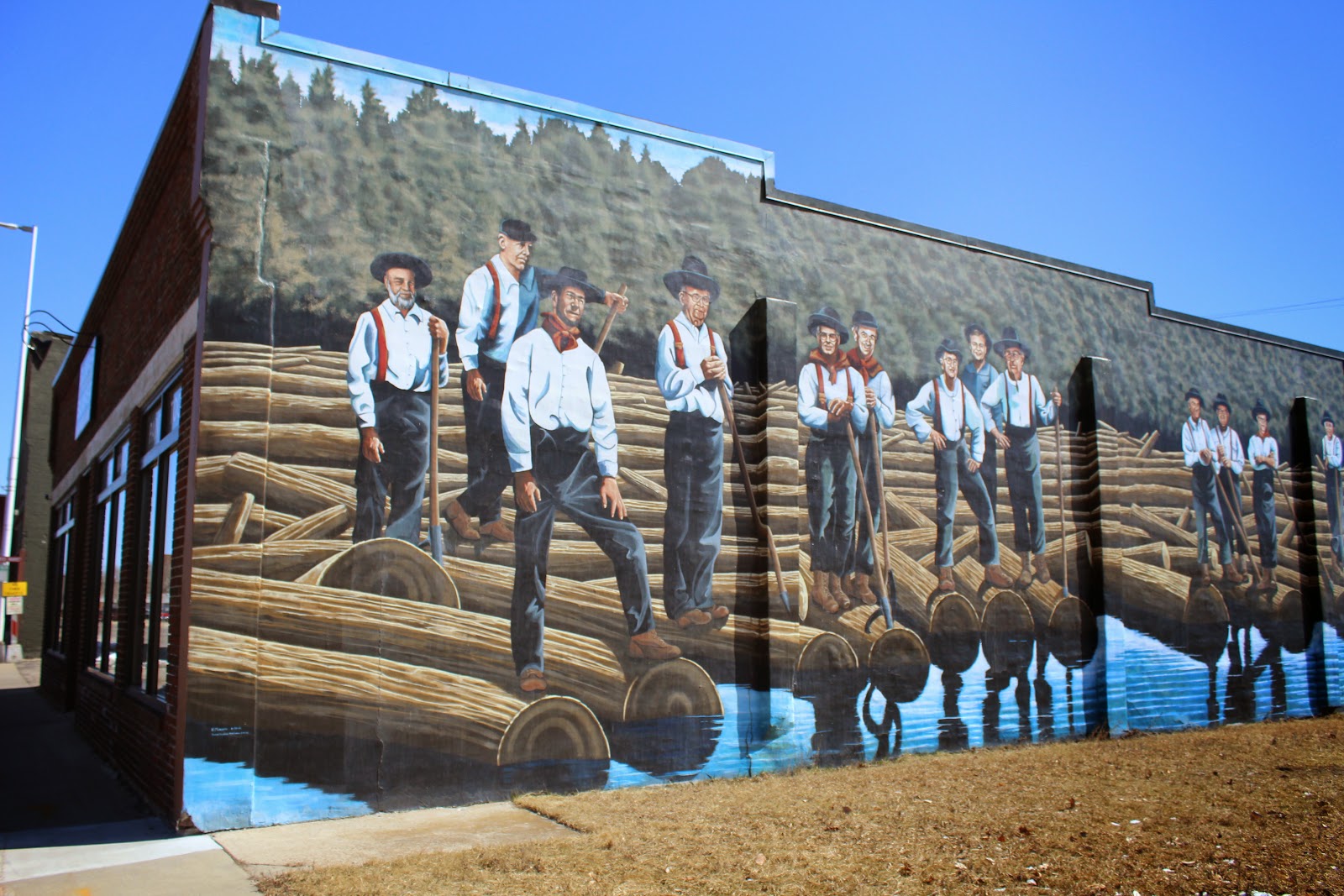 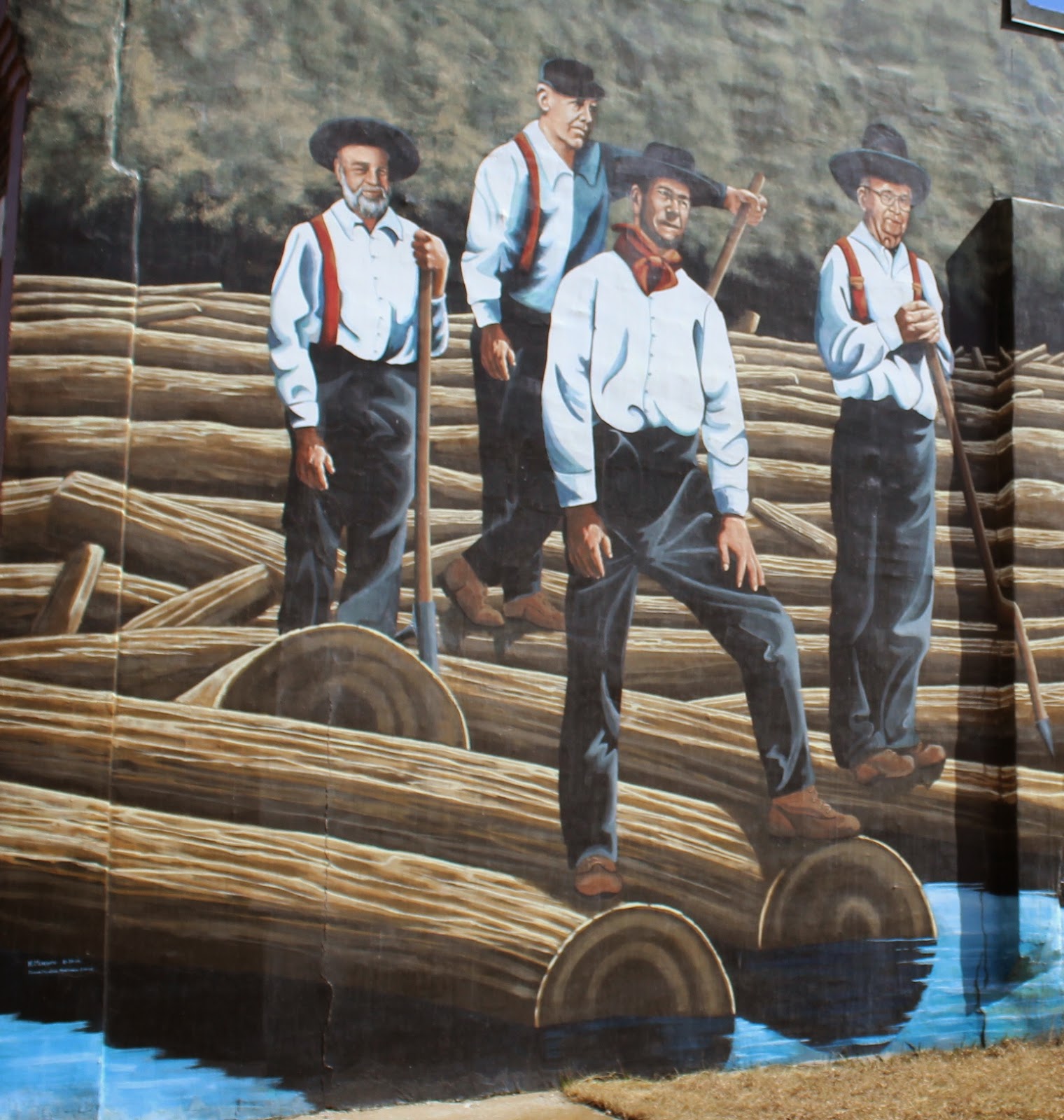 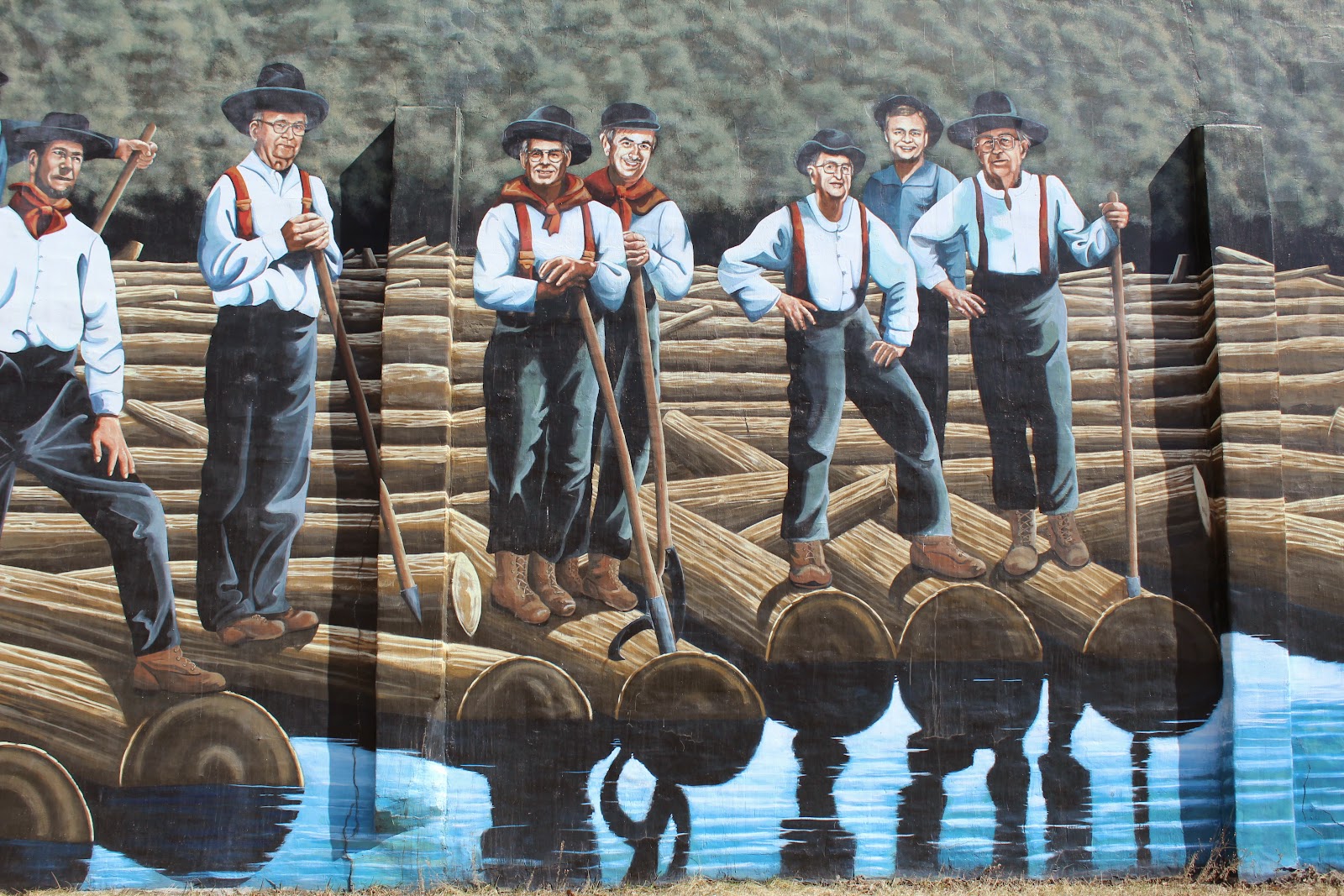 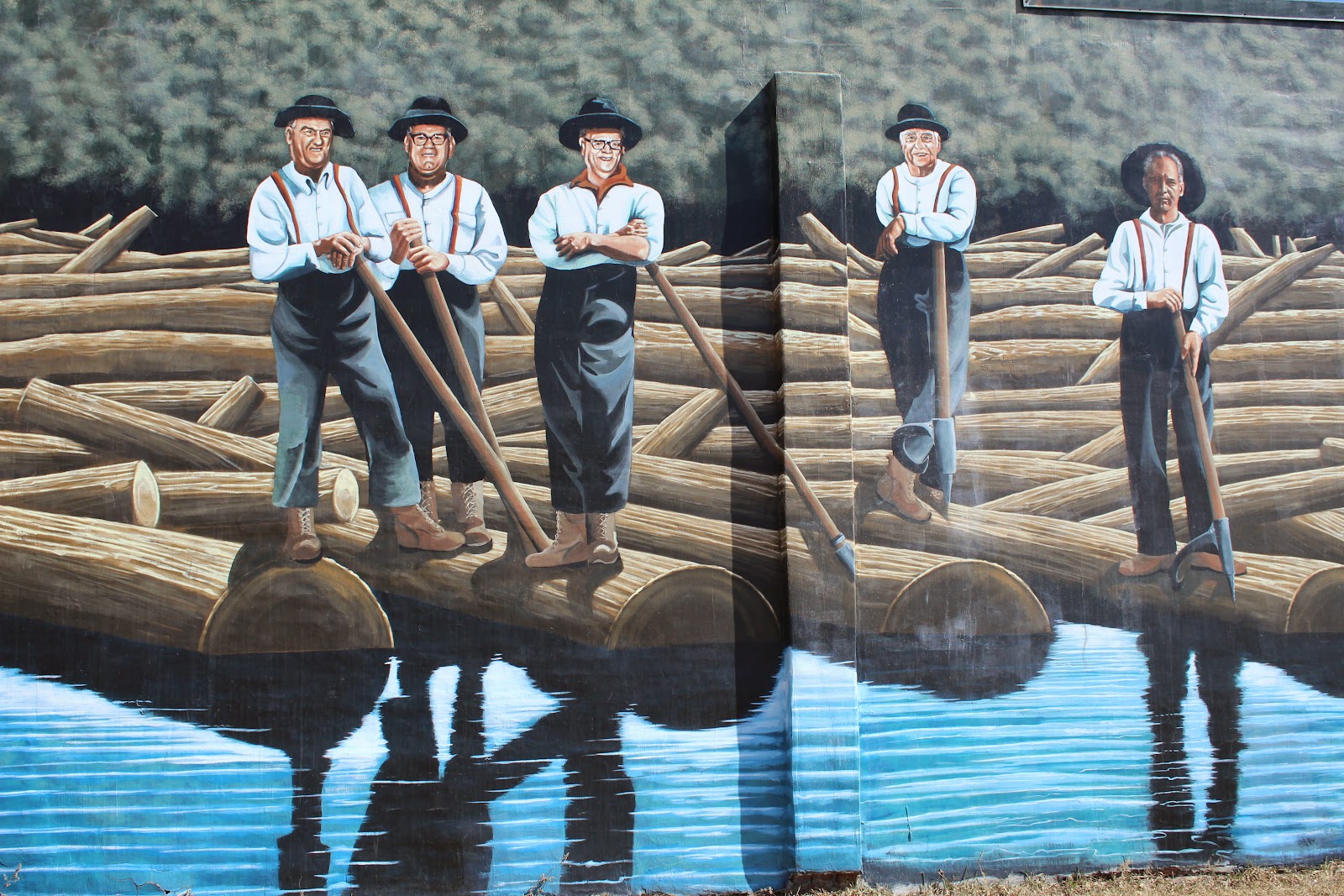 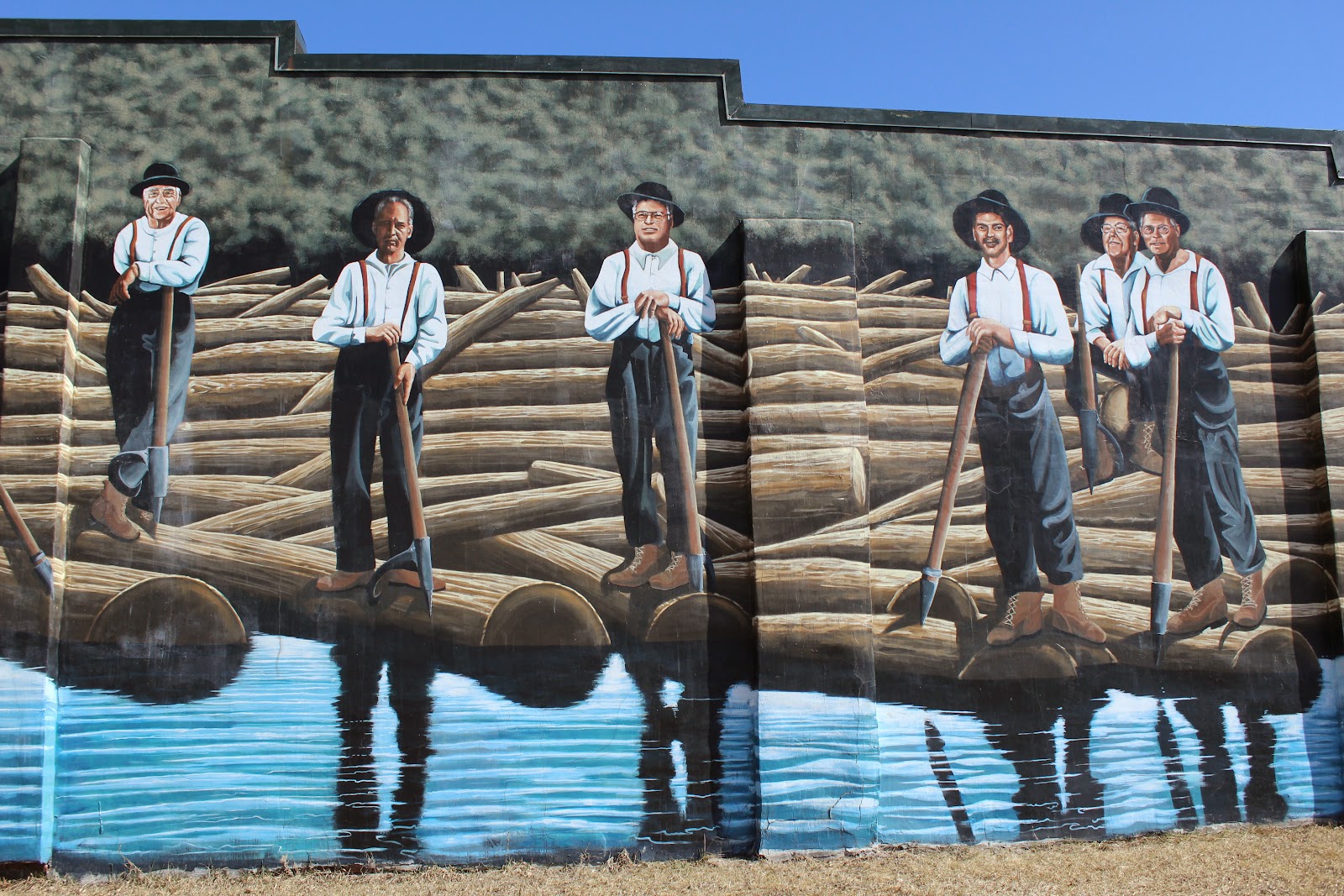 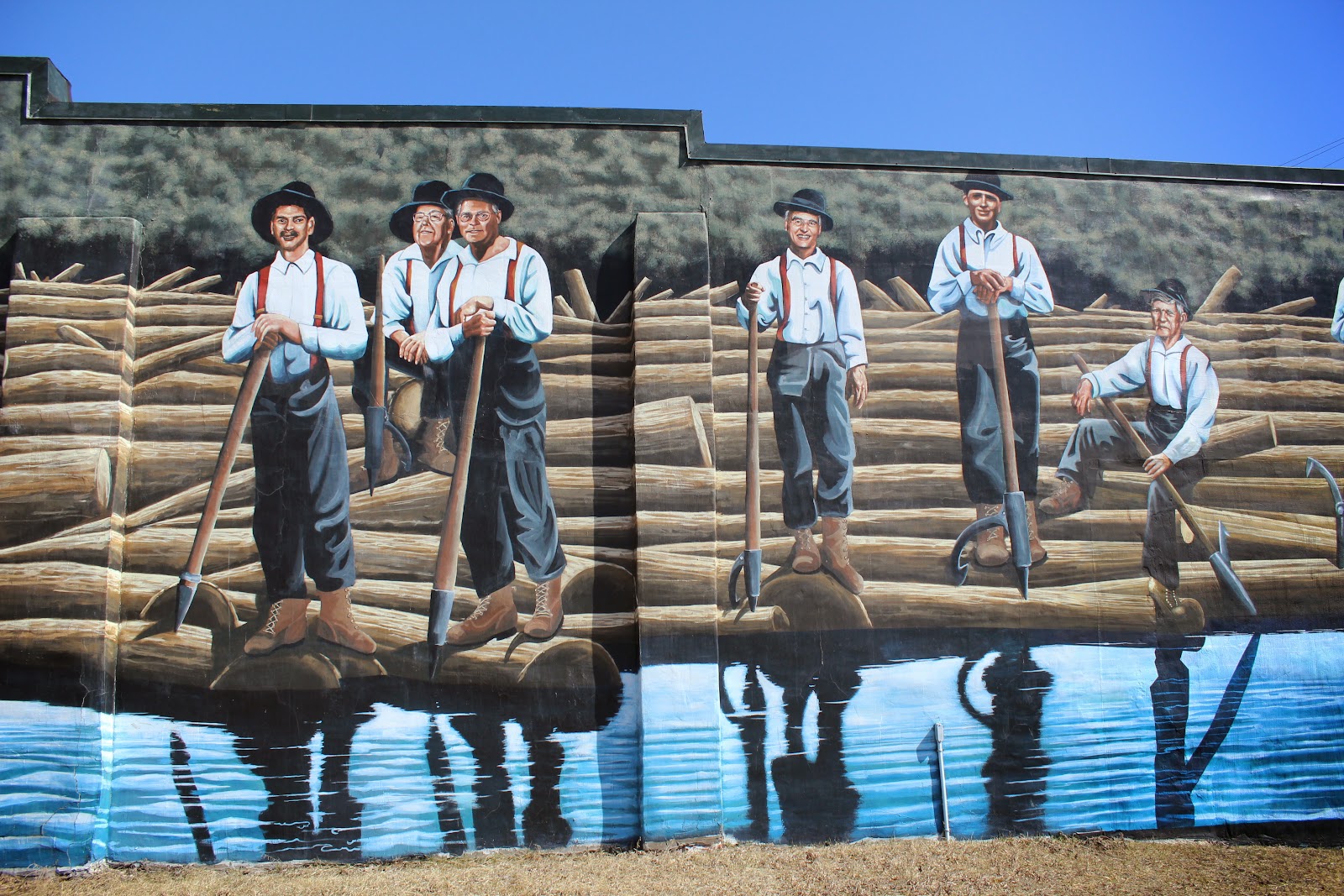 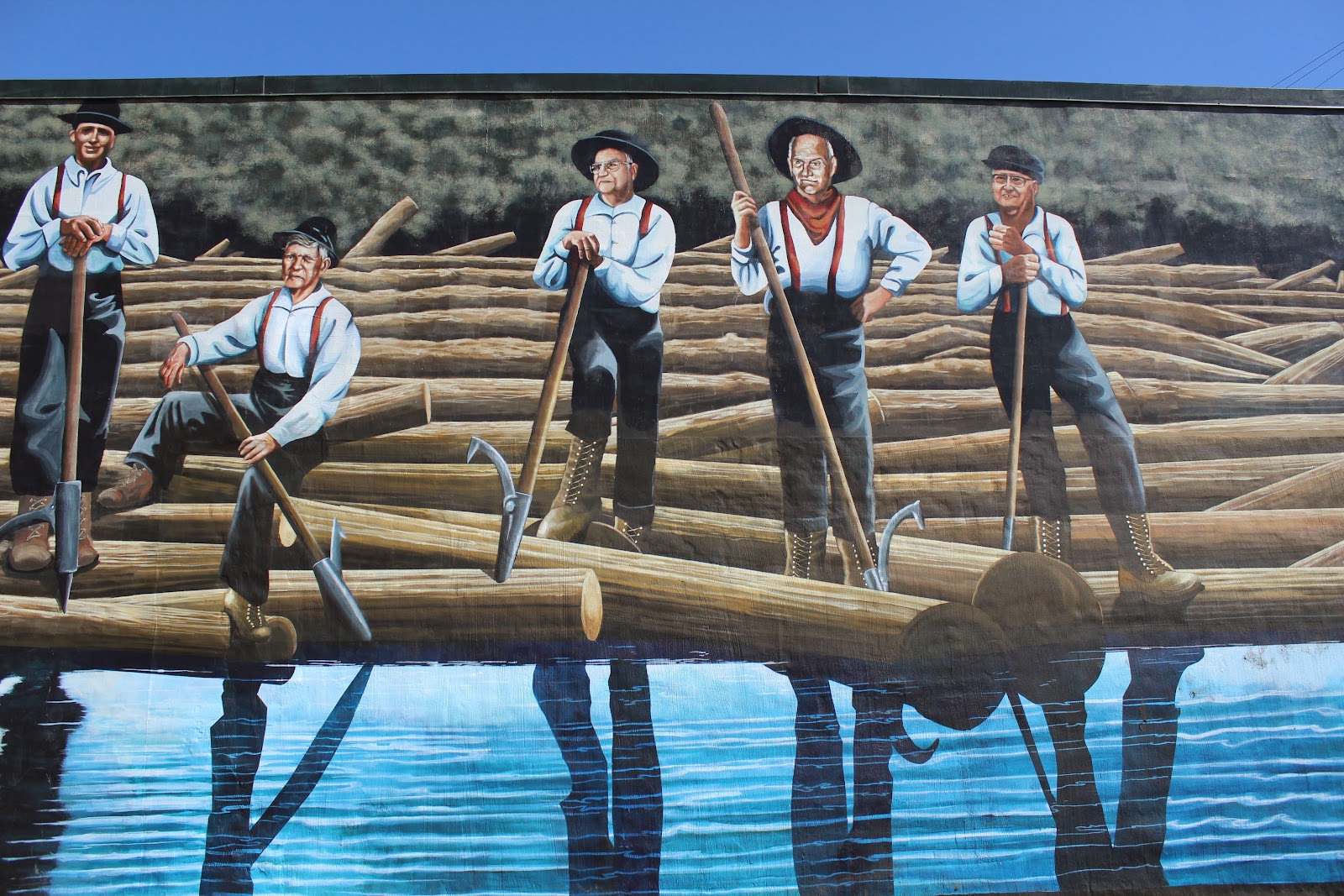 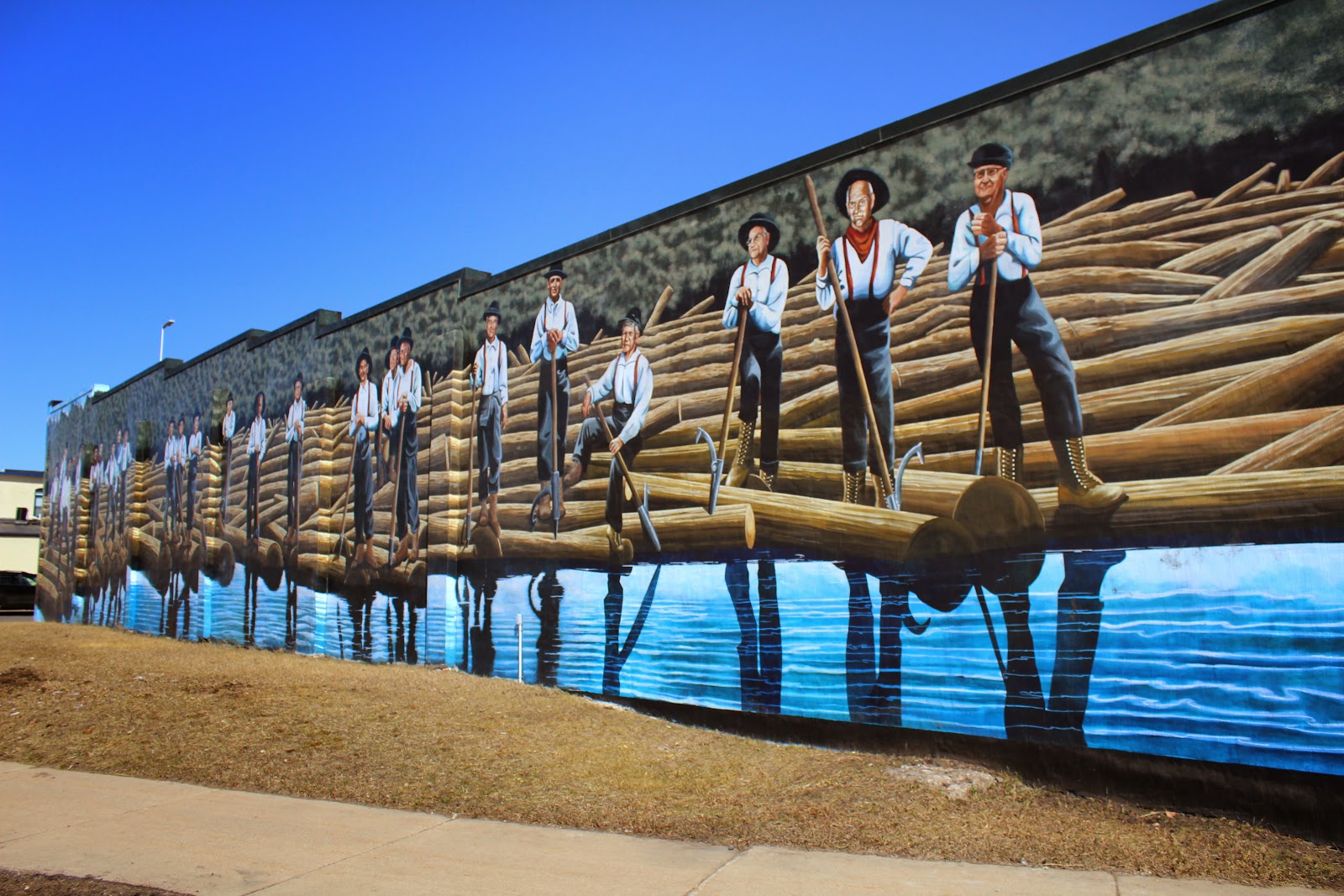 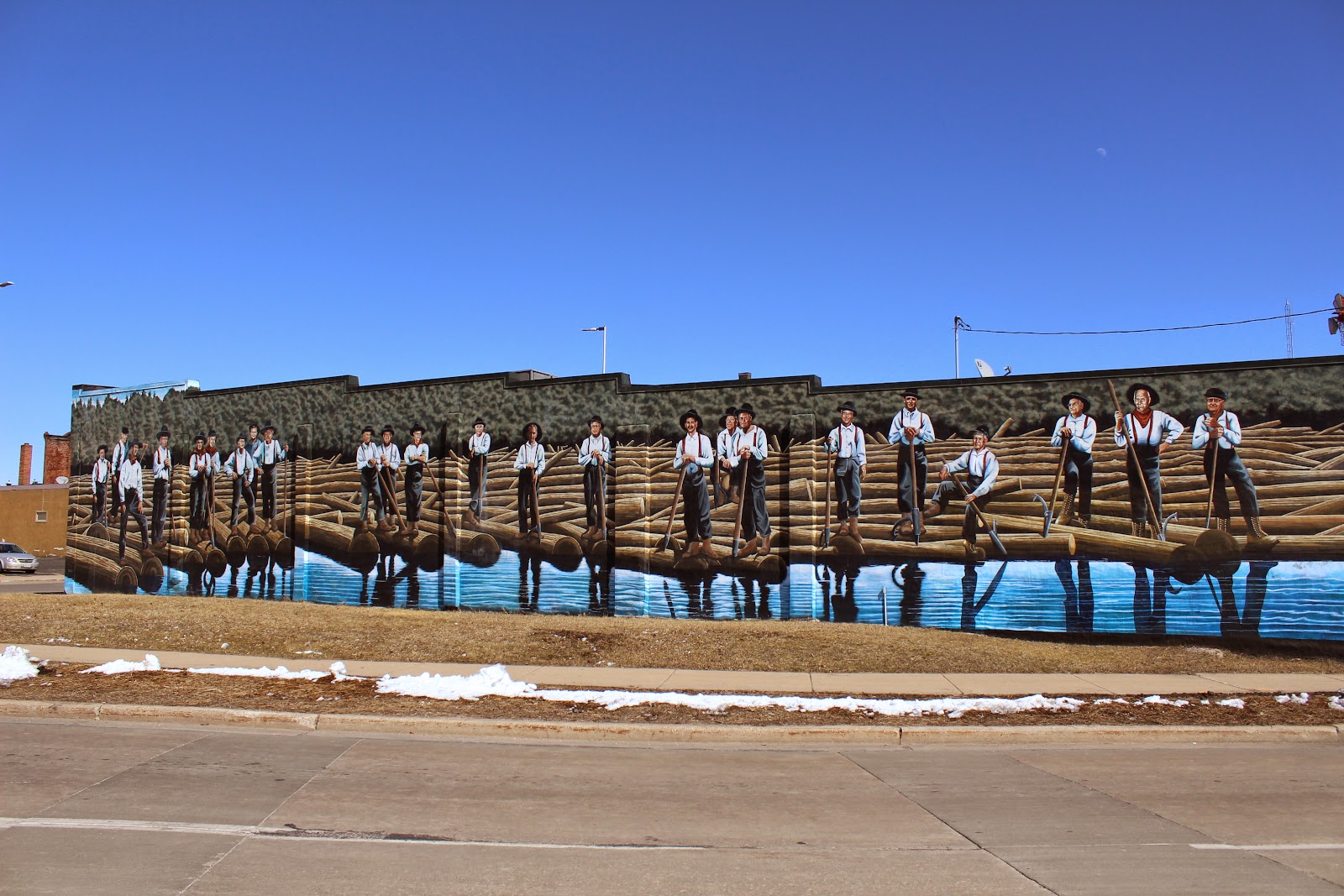 View from across Water Street. 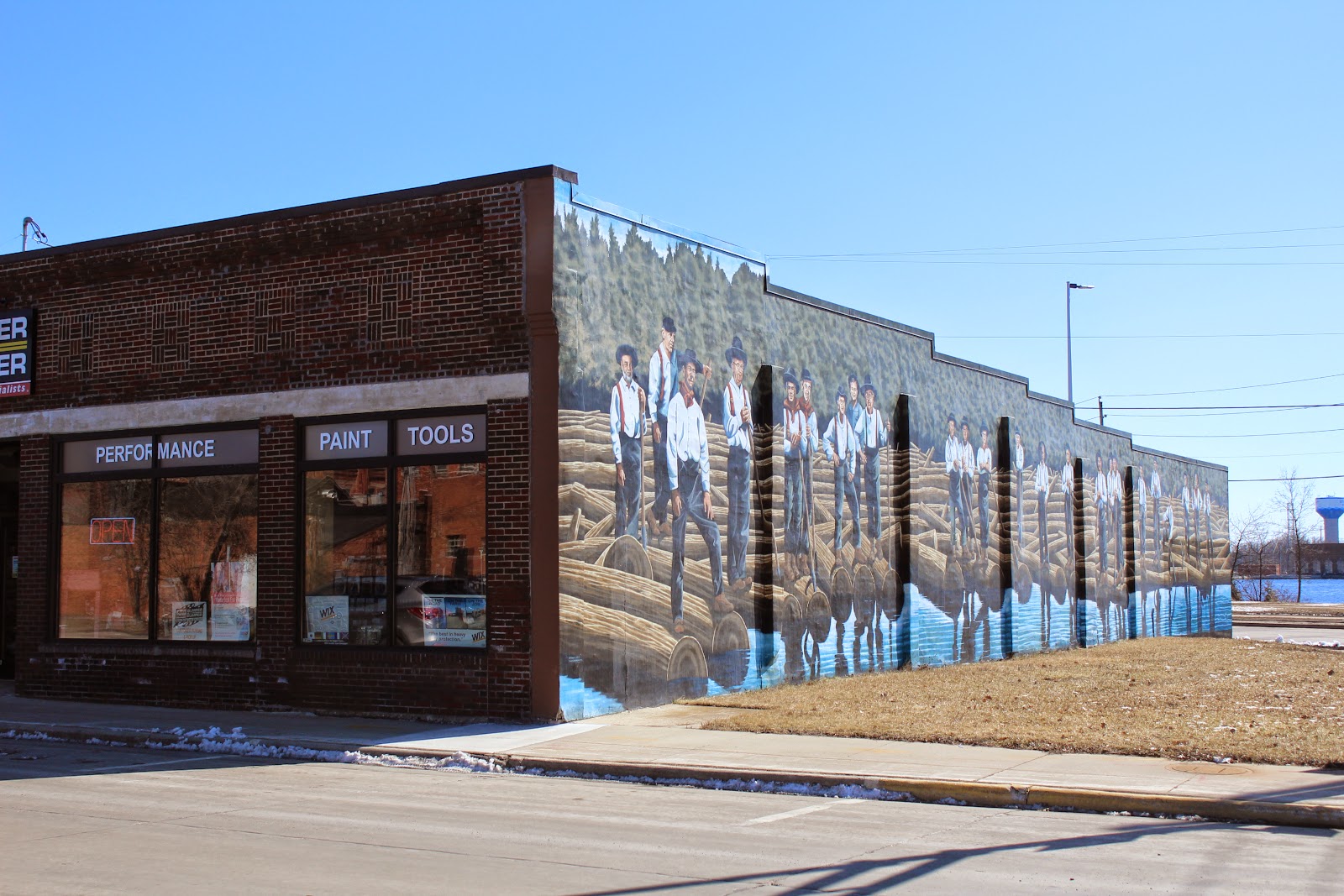